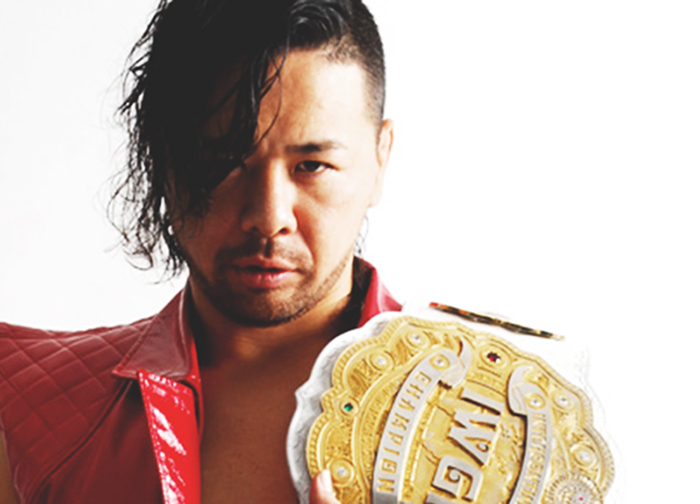 NXT: TakeOver Dallas Lived Up To The Hype And Then Some On Friday Night.

Disclaimer: I’m really glad I get to write about this, because I probably won’t have a voice to talk about it for the next couple days.

Earlier this year, we previewed WWE’s NXT Takeover event that was coming as part of the WrestleMania festivities, and it looked really great then. But somehow, it still managed to exceed expectations. From top to bottom, there wasn’t a bad match on this card.

The lines were going down to the very front entrance of the Kay Bailey Hutchinson Convention center, actually kind of blending into the line going into WrestleMania Axxess, which was going on at the same time. You could tell which was the line for NXT immediately, though, because there were just as many, if not more, independent wrestling shirts than WWE shirts in the crowd of people.

Chants were going on throughout the line, discussing match predictions. It just felt really good. These were people that genuinely loved wrestling, and were excited to see it. And you just don’t find that many people like that in one place anymore — even at your average taping of RAW or Smackdown.

Once packed into the arena, it was abundantly clear that this would be unlike anything else WWE. The set-up looked almost alien. It’s like Triple H and whoever else is in charge of NXT said to themselves, “Let’s look at everything WWE does for its presentation, and do the exact opposite of that.” The stage and entrance ramp was minimal, the ring mat was black as opposed to white, their was no trendy pop music playing — just hard rock. And it was very dark, too, with an ever-present cloud of smoke hanging over the ring. Unlike normal WWE shows, which have brightly colored lights on the audience at all times, there wasn’t any focus on the crowds. The producers here gave full attention to the ring, and it went a long way into the presentation.

It helped, too, that the arena looked like fucking coliseum. It was circular shaped with a very low-hanging dome. It hearkened back to the days of gladiators. And, indeed, we were going to see warriors on this night.

As much as the show’s presentation helped, the crowd helped just as much. These people were smart. They knew all the wrestlers, they knew all the spots and the tropes, and they came up with some of the most creative chants I’ve ever heard. Some of my favorites were the alternating “Bullshit!” and “Fuck PG!” chants during the main event, when the medics were interrupting the match trying to clean the stream of blood running down Samoa Joe’s face. There was also a “Fight forever!” chant during the Nakamura/Zayn match that was extremely appropriate.

I don’t want to talk about the matches too much, but I have to talk a bit about that match Nakamura/Zayn match. And forgive me, because being there live definitely biased my opinion, but Shinsuke Nakamura is such a fucking star. He embodies charisma in the exact same way as The Rock did. You couldn’t even hear what was being said in the promo video being played right before the match because people would not stop chanting his name. His entrance was instantly defining, with the opening strings crescendo-ing into a full-blown soaring orchestral/electronic piece as he came up, silhouetted in front of flashing strobe lights. There were “Match of the Year!” chants afterwards, and it absolutely deserved it. So often, dream matches disappoint — because the wrestlers are too old or their styles don’t mesh or they didn’t have enough experience with each other or whatever else. But it looked like these two had wrestled each other hundreds of times. They were like wrestling soulmates.

The night gave a nice preview of things to come as well when a video was played promoting the main event of WrestleMania 32 between Triple H and Roman Reigns. Someone completely new to wrestling would have sworn Triple H was the white knight of WWE, he was being cheered so hard. Conversely, it sounded like every single person in the arena was booing Roman when his face came up on screen. The supposed next face of the company is going to be in for that and a lot more when 90,000-plus people pack AT&T Stadium on Sunday.

This was an event where every piece of the puzzle came together perfectly. This is what to show people who don’t understand the appeal of wrestling. The energy, the emotion, the spectacle of wrestling was encapsulated perfectly into just five matches. Walking out of the arena after the last match, you could practically see the glow around everyone.

We had just witnessed something special.