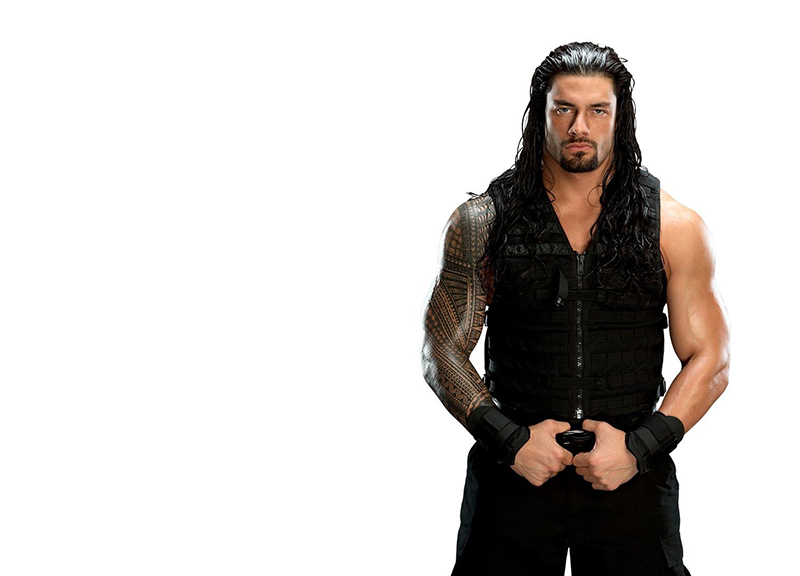 The 5 Most Interesting Things We Learned At This Morning’s WrestleMania Press Conference.

WrestleMania weekend is officially underway, folks. You literally can’t walk down a street in Downtown Dallas without seeing people in wrestling shirts.

And there’s just a lot going on this weekend as part of the festivities: WWE’s first wrestling event of the weekend (NXT: Takeover Dallas) goes down tonight, the fan-centric Axxess expo is already open and merch is already being sold.

On the less-public and more media-oriented side of things, WWE also this morning hosted a press conference as part of a final promotional push for the events. Sat at a long table with a gaggle of reporters from all over the world, a number of various WWE personalities patiently answered questions of varying levels of levity or seriousness — while mostly providing talking points that ardent fans have heard before, to be frank.

This was a very corporate conference, as is to be expected of most WWE press events. It was pretty easy to tell which lines were fed to the wrestlers and which weren’t — most evident during Stephanie McMahon and John Cena’s interview sessions.

However, there was an occasional remark of note and the occasional break in character that was worth noting. Here are some observation we found fairly interesting from the press event.

1. Roman Reigns can actually be pretty charming when he isn’t being force-fed lines of dialogue. If you’ve ever heard Roman Reigns speak, you know that he’s not at all the most comfortable person on a microphone. His strange, confused facial expressions, coupled with his cringe-y sense of humor, is a fairly embarrassing thing to behold. But the guy honestly can come off pretty human in person. At one point, he addressed the large amount of boos he’s been receiving on RAW for the past year and a half, claiming that he’s not bothered by it due to his past as a football player and assuring everyone that he gets cheered at house shows. He also joked around about the workout videos that Triple H has been posting, talking about how he doesn’t need to film his workouts. Also, he was asked how he keeps his hair looking all shiny and luxurious. The final question he took was on if he was concerned with the backlash he received after calling WWE a kids’ show a few weeks ago, to which he said he didn’t mind rubbing people the wrong way, because he’s already been doing that for a while now.

2. The line between kayfabe and reality got blurred at a lot of points. This was mainly based around which questions were asked, but the wrestlers would drift in and out of character a lot. Stephanie McMahon, who portrays a vindictive tyrannical executive on television, was one of the few that wasn’t in character during the event — or, at least, not the character she portrays on television. She spoke candidly on her excitement for the event and how happy she is to be working with her brother Shane again. On the other hand, Reigns discussed a lot about how much he was looking forward to beating Triple H at WrestleMania. Same with Charlotte when talking about her triple-threat match against Becky Lynch and Sasha Banks.

See Also: Money in the Bank. // Your Tax Dollars Are Partially Responsible For Funding WrestleMania 32.

3. Sting is only interested in wrestling The Undertaker. There have been a lot of rumors as to whether Dallas’ own Sting will ever wrestle again after injuring his neck in a match against Seth Rollins back in September. But The Icon made one thing certain during his interview session: He’s only interested in wrestling The Undertaker. Both of these guys are getting up there in age, with Sting and Taker being 57 and 51 respectively, but Sting said he won’t retire until he and Taker have a match, even if it may be too late for that at this point.

4. John Cena loves the Unexpected Cena meme. If you’ve never seen the unexpected Cena meme, you really need to. Basically, it takes famous scenes or clips and cuts them off with the obnoxious horn line from Cena’s entrance music. Cena said that he loved any way that he could insert himself into pop culture, despite only finding out what a meme was a few weeks ago.

See Also: How Bout It? // Five Predictions For Jerry Jones’ Role in WrestleMania 32.

5. The future of women’s wrestling is looking brighter than ever. Charlotte talked a great deal about the evolution of women’s wrestling over the past few years, from the incredible matches that have been put on in NXT to the Diva’s Revolution that started in WWE last August. She mentioned that, if you look at AT&T Stadium, Charlotte, Becky and Sasha are actually front and center on the big poster outside of the building, and that she is fully confident the three of them are capable of stealing the show at WrestleMania, which isn’t entirely unbelievable, considering they have stolen the show on several NXT events against each other. Also, if you’ve been reading the wrestling rumors lately, it’s all but confirmed from inside sources that the Diva’s division is getting a rebranding, moving to a new women’s championship belt that’s hopefully not in the shape of a butterfly. Naturally, Stephanie McMahon and Charlotte didn’t want to talk about the new belt just yet. But they didn’t deny that changes were coming, either.