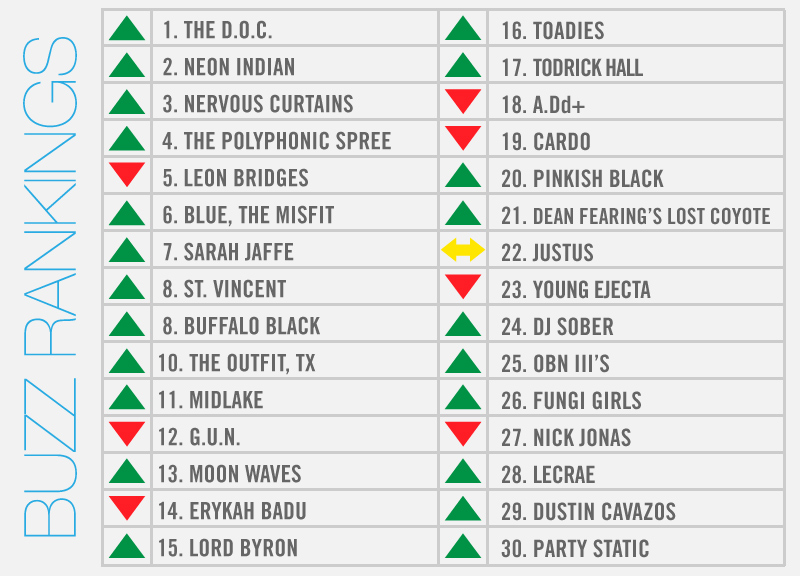 Nobody Did It Better Than The D.O.C. This Week.

With the recent box office domination of N.W.A. biopic Straight Outta Compton, The D.O.C.'s contributions to hip-hop history are more in the spotlight now than maybe ever before. As such, the news that the Dallas rap legend will return to live performing — this after a near-fatal car crash left him sidelined for 20 years — was met with great fanfare this week.

Maybe the proximity of the show following its announcement has something to do with that, too. You can see the famed N.W.A. and Dr. Dre ghostwriter live for yourself on Saturday, October 17, at The Bomb Factory.

Anyway, the hubbub over that reveal was enough to end Leon Bridges' four-week run atop our weekly, local music power rankings. Conversely, it makes the first time The D.O.C. hits No. 1 in these Buzz Rankings.

Just behind The D.O.C. this week is another noted local performer playing a big Bomb Factory show. That'd be Neon Indian, who headlines tonight's $3 Red Bull Sound Select show. Joining him on that bill are his fellow locals in The Outfit, TX.

Other big shows earning performers spots on the list this week? This Saturday's Smoked festival, which will feature sets from Dean Fearing's Lost Coyote, among others; Grammy-winner Lecrae doing his thing at the State Fair this weekend; The Polyphonic Spree and Sarah Jaffe being among the biggest-name headliners at last weekend's Oaktopia Fest; and St. Vincent making a surprise appearance during Jenny Lewis's set at the Trans-Pecos Festival of Music and Love.

Meanwhile, like Neon Indian, the No. 3 spot on the list comes from a band with a new record on the horizon. Nervous Curtains celebrates the release of its third full-length this weekend with a show at Dan's Silverleaf in Denton.

Elsewhere, Todrick Hall's new television show is proving to be a hit. So too has Nick Jonas' new show, Scream Queens.

Also, most everyone else on this list earned nods in this year's Dallas Observer Music Awards, the nominees for which were announced yesterday. 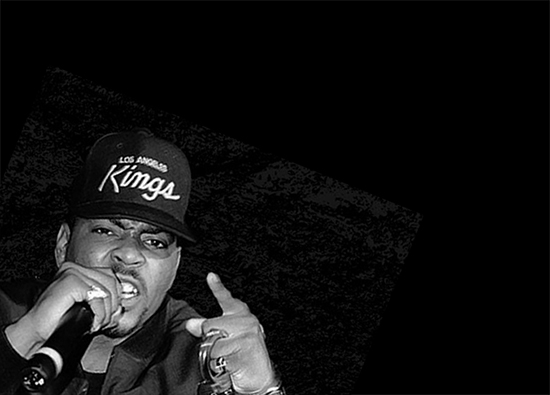