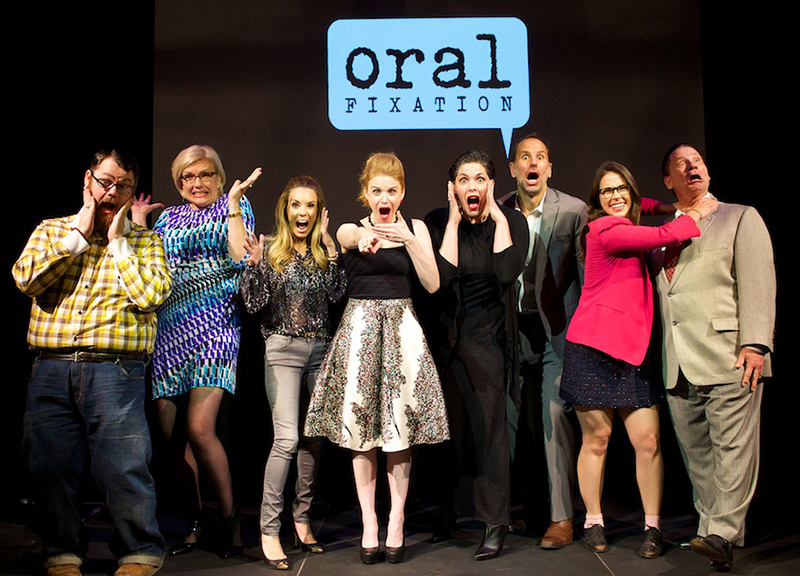 The Latest Installment Of Our Storytelling Podcast Is All About Train Wrecks.

It's been a minute, but good news, y'all: Our Oral Fixation podcast series has finally made its return with a new episode.

Head's up, though: You might wanna listen to this installment alone. It's super real. What with its storytellers' many reveals regarding addictions and more than one contemplation of suicide, it's maybe even too real. I'll just be frank here: This one — called “Train Wreck,” and for good reason — isn't really an easy listen. Like, at all.

But it is a rewarding listen, if only because it serves as a stark reminder that everyone's got struggles. Another thing Nan Kirkpatrick (pictured above), Bri Crum, John Mathews, Caroline North, Paul Scott, Linda Thomas and Glynn Wilcox all have? Guts. And in spades, at that. This is an especially brave edition of Oral Fixation, that's for certain.

The next live performance of this storytelling series, with its “Writing on the Wall” theme, might not be this heavy. Then again: It might be! You never know with this series. That's part of what makes it so great. Those shows will go down on Monday, March 16, at the Wyly Theater (tickets here) and then again on Wednesday, March 25, at the Texas Theater (tickets here). For more information on either of these shows and the series as a whole, you can check out Oral Fixation's web site.

For now, though, we just recommend you hit play on this latest episode.

Want to subscribe to this podast? You can do so here for iTunes and here for Stitcher.