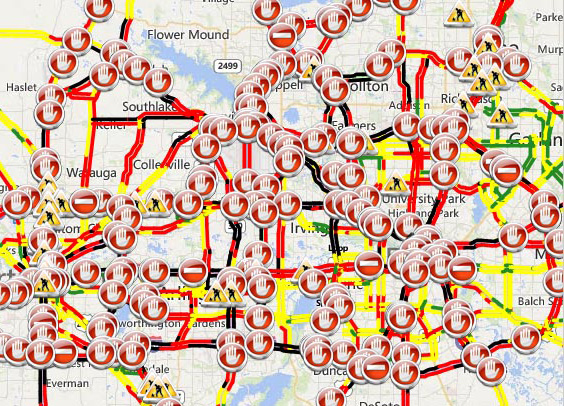 Just How Bad Was Traffic In Dallas Today? Really Fucking Bad, According To Cops.

Surely by now, you know that the traffic in and around Dallas today was shitty as hell. If you weren't stuck in it yourself, then you saw the viral images that described it.

This one was pretty popular…

…and so was this one, which puts into perspective just how much worse the driving conditions were here than almost literally anywhere else…

But how bad were things, really? Really fucking bad, turns out!

Earlier this evening, Dallas Police Department spokeswoman Tramese Andrews sent out the traffic accident figures, which tallied up the accident reports from across the city between the strike of midnight last night and 7 p.m. today. And they are?

Update: Andrews has since sent out a followup with the updated figures through 8:47 p.m. Here they are:

And these are just the reported accidents! Not to mention, they're also solely the ones that took place under DPD jurisdiction within Dallas proper. Pretty sure the above maps make it quite clear that this was a regional issue expanding far beyond city limits… so, yeah, the roads were horrible today.

But, wait, this is all because of the one to three inches of snow we got overnight and this morning? Well… no, probably not. At least not entirely. It's like they say up north: It's not the snow that's the problem; it's the other drivers. In other words: Distracted driving is a problem in good conditions, but it's even worse on slippery roads. So, yeah, maybe Denton's onto something with its newly implemented ban on texting while driving, after all.

Anyway, the point is this: Just be safe out there, OK? 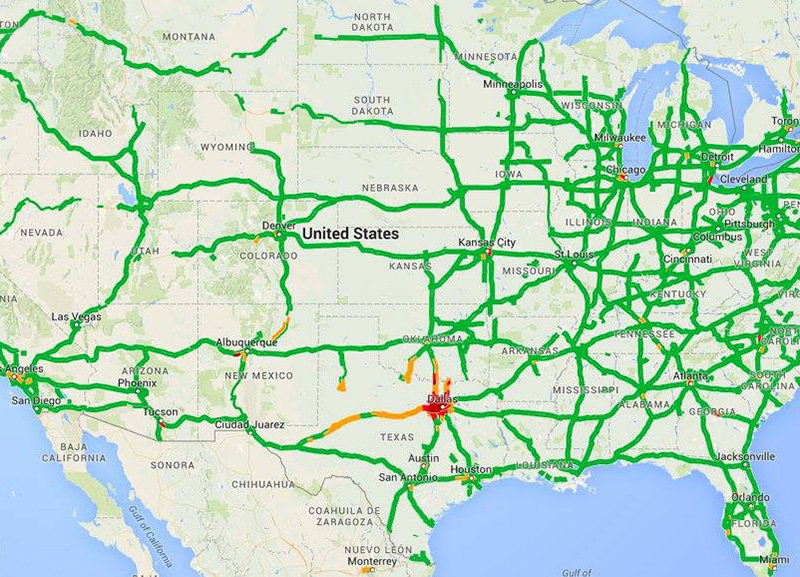