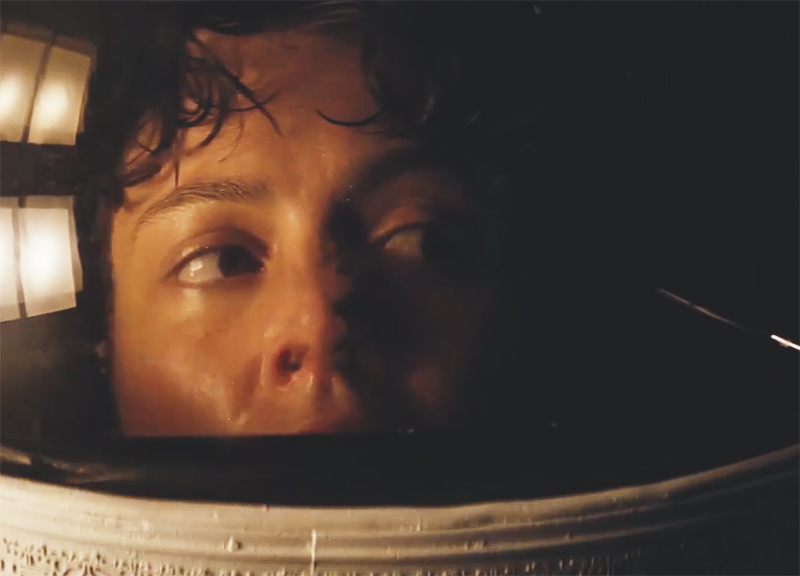 Cory Kilduff has accomplished a lot in his career as a musician.

After starting out in the hardcore band The Rise, he founded the dance and production duo Ocelot, which accomplished such feats as playing the Glastonbury Festival, collaborating with acts like Charli XCX, Dennis Lyxzen (Refused) and Neil Hannon (Divine Comedy), and scoring opening performance gigs for icons including Deadmau5 and Grace Jones.

For the last couple of years, however, Kilduff, who these days holds down a day job in Dallas as a graphic designer, has spent his nights working on perhaps his most ambitious project to date — a complete re-scoring of Ridley Scott’s 1979 classic film Alien.

“Alien is a movie that deeply informs my tastes to this day — especially the showing-less-is-more-scary approach,” Kilduff says. “That being said, I am heavy on nostalgia and the music was something that I didn’t come back to like I did with scores from people like Giorgio Moroder or Harold Faltermeyer. The original [score] is tense, no doubt — but [Jerry] Goldsmith achieved that with a lot of space. The original score is very subtle in parts. I wanted to create tension in a way that I’m more familiar with, which is repetition.”

More than just a pet project — although, Kilduff concedes, wanting “to just see if [he] could” was a big part of his inspiration — he also wanted to add extra layers to the viewing experience.

“I felt like the visual style and the more John Carpenter synth-y sound aesthetic would really go well together,” he says. “I wanted to see that movie, so I made it. I also wanted to create a little bit more sadness in the film. I was curious to see if I could push the emotions around a bit more in different directions.”

Having seen early cuts of his project, we can confidently say that Kilduff’s efforts in these regards have paid off. And we’re stoked to be working with him on the premiere of his efforts. On Monday, June 20, Central Track will proudly present a screening of Kilduff’s re-score at Dallas’ new Alamo Drafthouse location in The Cedars. What’s more, the screening itself will be preceded by a pre-party at the theater’s upstairs bar and restaurant, Vetted Well, where Kilduff will perform a DJ set of classic ’70s and ’80s movie songs and scores to get everyone in the proper mindset. Better still, people who purchase a $10 ticket to the screening (ticket-purchasing link coming soon!), will additionally receive a cassette of Kilduff’s new score, a button featuring the visage of Nostromo crewmate Jones The Cat and a voucher for an Alien-themed drink during the pre-party at Vetted Well. There will also be a pop-up soundtrack record store at the event from our friends at Josey Records, along with some more surprises.

As for what to expect from the re-score itself, the below trailer Kilduff has cut for the screening will give you a nice taste.

To stay up to date on the screening and pre-party, RSVP to the Facebook event page. Buy your tickets here.