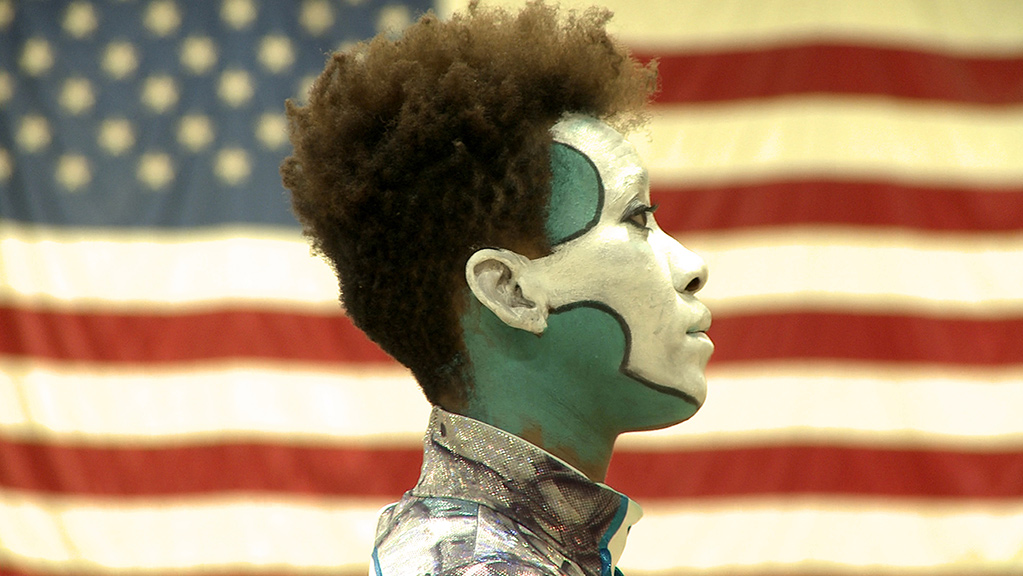 The 2016 Oak Cliff Film Festival Offered Up Another Year of Offbeat Delights.

This year’s Oak Cliff Film Festival, which formally wrapped last night, offered up yet another wonderfully weird slate of shorts, documentaries and features, packing them all in over one long weekend.

Once again, it needs to be said that OCFF seems to know its audience better than pretty much any of its higher-profile film festival brethren around town. Whether it was an actress fielding questions from an obsessed super fan or an audience member chowing down on cat food with a director, there was no shortage of memorable moments.

See Also: Goodnight Oak Cliff // A Place to Bury Strangers Made Some Noise at This Weekend’s Oak Cliff Film Festival.

Here, our three film critics who attended this year’s deal offer up their thoughts on what really stood out to them over the course of the weekend. — Kip Mooney

Javier Fuentes: If I had to pick one movie from the fest that we’re going to be talking about for the rest of the year, it would unfortunately have to be The Fits. I say unfortunately because, while ambitious, this is not a good movie. It’s about an awesome young girl who’s a boxer but who, for reasons unknown, also wants to join a dance group. It’s tonally messy thanks to a brooding score that makes the entire movie more dramatic than it needs to be. The story is also super ambiguous, which would aybe help explain why it has a 100 percent on Rotten Tomatoes. It’s like the director, Anna Rose Holmer, decided that this movie wasn’t going to work so she made it as vague as possible and decided to claim that it’s an artsy POV drama. What’s crazy is that I should be able to relate to this movie, but it left me cold.

Honestly, the movie I wish would get more attention is Buzzard director Joel Potrykus’ new movie, The Alchemist Cookbook. Potrykus has a tendency to focus on, well, less-than-savory people. The characters in this one are awkward and downright sociopathic. Add that to a story of a guy trying to create gold through alchemy out in a tiny trailer in the middle of the woods, and I’m all the way there. This is honestly one of the most WTF?! movies of the year, and it includes one of the best scenes of 2016. Elsewhere in it, there are some truly uncomfortable moments, some really creative storytelling methods and a killer ending that’s stuck with me — at least for the few days that have passed since I saw it.

One last thing: The documentary Goodnight Brooklyn: The Story of Death by Audio is a must-see for music fans, I’d say. But it should be particularly pertinent to Deep Ellum, Denton and Oak Cliff residents. The doc is all about the titular Brooklyn DIY venue which (IRL spoiler alert) closed its doors due to gentrification and Vice Media taking over its space. It’s an infuriating doc about the forces that threaten cultural and artistic ecosystems, and the void that gets left in their wake.

Angela Jones: When you hear the term “color guard,” you might think of those weird kids who performed with flags and rifles during the halftime shows in high school football games and then did nothing else for the rest of the year. And you’d be half right! But color guard is more than just a group of performers there to help make the band look good. It takes a lot of practice and skill to make throwing flags look effortless.

Talking Heads mastermind David Byrne gets this. And, recognizing the skill it took to be in color guard, he put together a celebration concert featuring color guard teams from around the country. Each team was paired with a live musician for their performance; some performances were somber, some were upbeat, but all were emotional. And, for some of these teams, this would be the last time they would be performing together.

What makes Contemporary Color — which won the Documentary Feature Grand Jury Prize at this year’s OCFF — so unique is the behind-the-scenes looks we get of the teams at that concert. We hear random interviews with performers about their lives, stories about how they get ready for a performance and even some about what they think during a performance. It brings a human quality to these individuals.

It’s a beautiful film that captures the art of color guard. All the performances stand-out in their own way. And we get a glimpse of an art form many of us probably brushed off in high school. It’s the thing that really stood out to me most from this weekend’s festival lineup.

Kip Mooney: It was an all Brian De Palma weekend for me at this year’s OCFF, as Friday featured a screening of his glam rock musical Phantom of the Paradise at the Majestic, the very theater where much of the movie was filmed back in the early ’70s. Jessica Harper, one of the cinematic crushes of my youth, was on hand for a lengthy Q&A, taking questions from both newcomers and die-hard fans alike. At one point, both she and The Dallas Morning News‘ Robert Wilonsky were more gracious than they needed to be at one obsessive’s question that turned into an all-out rant.

Sunday then saw an early premiere of the new retrospective documentary De Palma, directed by Noah Baumbach and Jake Paltrow (yes, Gwyneth’s brother). This is absolutely a must-see for fans of the director’s envelope-pushing work — or for any aspiring filmmakers, really — as De Palma breaks down how he made so many movies early in his career on just a shoestring budget. Holy mackerel!

(A note to local art house theaters: Follow the lead of Chicago’s Music Box and NYC’s Metrograph and schedule as many De Palma movies as you can.)