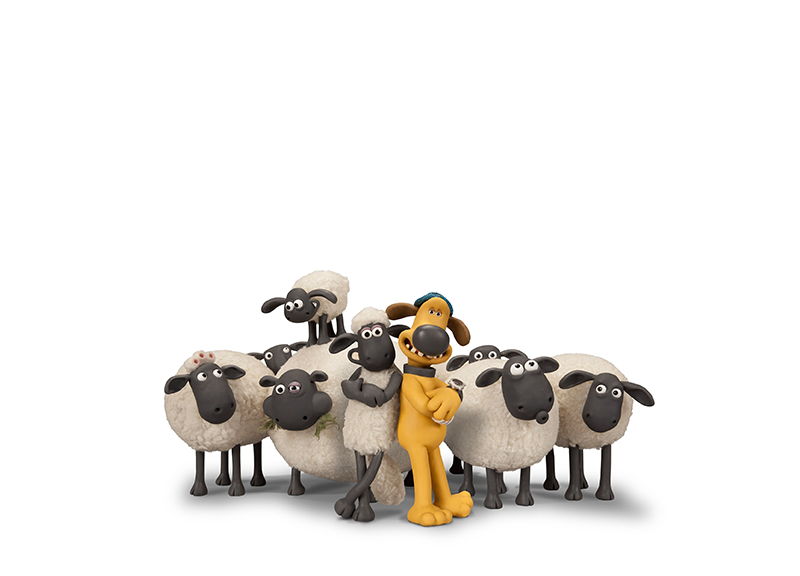 It's Essentially A Silent Film, But Shaun The Sheep Is Among The Best-Written Comedies of 2015.

Studio Aardman, most famously known for the “claymation” Wallace and Gromit movies, is back with the first full-length movie based on its Shaun the Sheep character — a film rather straightforwardly called Shaun The Sheep.

For all intents and purposes, it's a silent movie. But, in an odd twist, it's also one of the best-written comedies of the year, a film filled with charm and, like all of the best animated movies, humor that kids and adults can alike enjoy.

Given that the movie is based on a TV show, the premise is pretty simple: Shaun is a very intelligent sheep that lives on a farm where shenanigans are always going on and where a sheepdog named Bitzer is forever trying keep all of the sheep and other barn animals in check as the farmer who owns the place just goes on obliviously living his life.

Specifically, the plot deals with a particularly eventful day where the farmer loses his memory and is stranded in the Big City in the wake of Shaun conning him into sleeping in instead of shaving the flock for their wool. It's up to Shaun and the rest of the flock to go to the Big City and bring the farmer back before the pigs and other animals wreck the whole farm.

There are voice actors here, but they mostly just mumble unintelligibly a la the adults in the Peanuts franchise. But thanks to the physical comedy and the animation, you can clearly tell what's going on in the characters' heads. More important: The physical comedy is on point here. This is the kind of movie you need to see twice to pick up the details.

In one particularly chaotic scene, a cow gets thrown and is flying through the air over a sign with the moon on it. There's also some Beatles and Silence of the Lambs references thrown in for good measure.

For animation fans, Shaun The Sheep offers a nice break from the flooded-with-CGI landscape, as well as the chance to appreciate the craftsmanship involved in this more painstakingly hand-crafted style. It's also a reminder of how stop-motion animation has improved by leaps and bounds in recent years: The Big City set is especially impressive; it's built in a way that it truly feels like a real city.

Does the movie break new ground with plot devices and twists? Hardly. But it's still a delight to watch.

And, amidst a summer filled with great comedies, it fits right in, presuming you can get past the obvious attempts at kid appeal. It's a hell of a ride.