No, The Omni Didn’t Go Green For The Eagles. 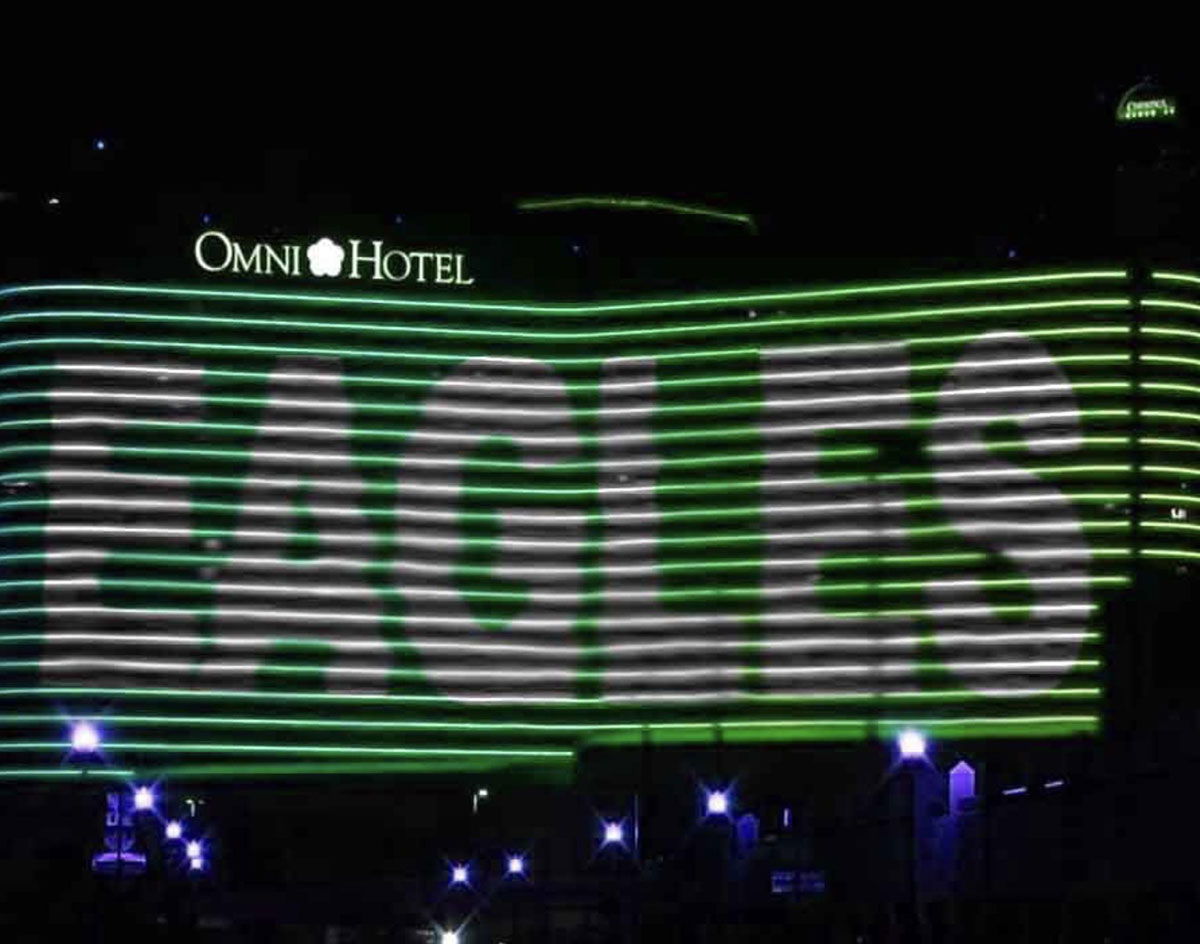 Don’t Sweat That Photo Of The Omni Hotel In Downtown Dallas Going Green For The Eagles’ Super Bowl Win. It’s A Fake, And It’s Still Fuck Philly Around Here.

Maybe you’ve seen this tweet or others like it floating around social media over the course of the last 24 hours?

Well, wipe that shit-eating grin off your face — it’s a Photoshop job, and definitely not real. Pat Anderson, the man who runs the lights for the Omni Hotel, has confirmed as much on social media:

Image of Omni Dallas Hotel lit up for Philadelphia Eagles is fake.

Of course, it wouldn’t be completely out of the question for the Omni to congratulate a hated rival for winning a title. Just a few months ago, the hotel shouted out the hated Houston Astros when they won the World Series.

Bizarre a move as that was, though, it had a built-in defense of being a show of Texas unity, which, listen, we can understand on some levels.

But there’s no justification at all for the wokest building in town to congratulate the Eagles. So it didn’t.

And you know what? GOOD. The Eagles may be the champs right now, but Philly still sucks.