This Dallas Zoo Gorilla Is A Better Breakdancer Than You. 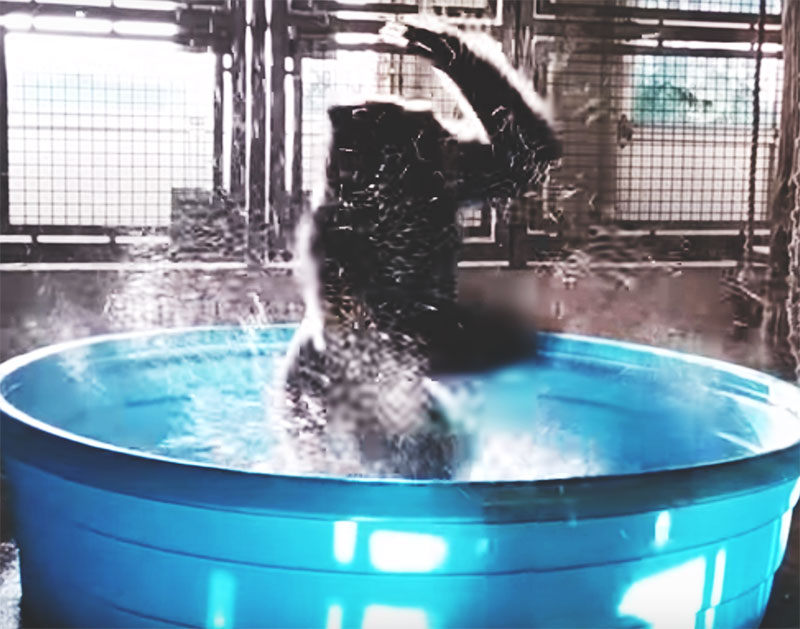 Western Lowland Gorilla Zola Is 14 Years Old And A Veteran Breakdancer. Watching This Video Of His Latest Water Routine Will Make Your Day.

In 2013, the Dallas Zoo earned itself a bit of buzz when it snagged away from Canada’s Calgary Zoo a western lowland gorilla named Zola that was already internet famous thanks to its penchant for “breakdancing” for cameras.

But almost four years after welcoming Zola into its fold, the acquisition hadn’t really lived up to his hype — until yesterday, anyway, when the Dallas Zoo finally uploaded to the internet its own footage of the 14-year-old Zola going ham.

OK, so, not to be a buzzkill here, but it’s worth noting that Zola isn’t really breakdancing in this clip. Per the Dallas Zoo’s own post about the clip: “Zola’s ‘dancing’ is really just a play behavior (there was no breakdance music playing in the building, we promise). Play is a natural behavior present in a wide array of animals. In fact, the presence of play can signify an animal is content or comfortable, and it is recognized as an indicator for general welfare. It is easy for anyone to appreciate the good time that Zola is having in the pool because we recognize some of the same signs of play that we see in people.”

But, y’know, whatever. We’re gonna see what we want to see while watching this clip, and what we see is Zola practicing its windmills and making a case for an Adidas sponsorship.