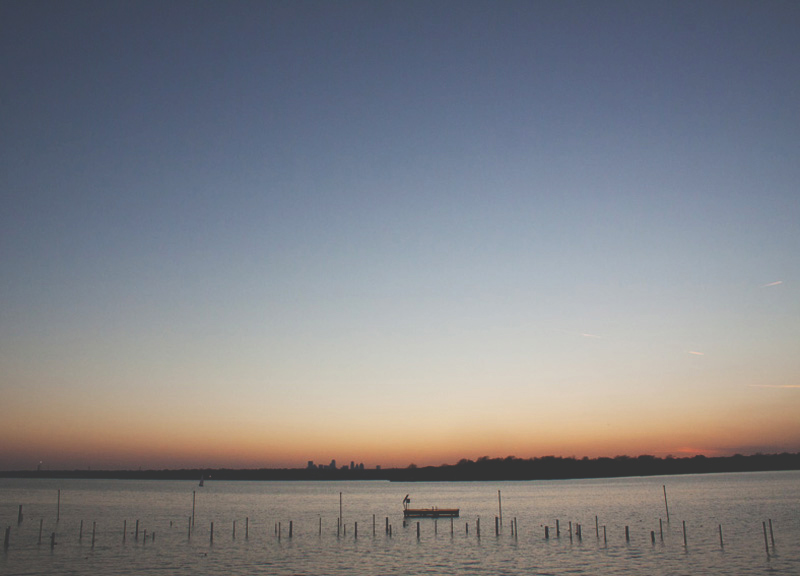 Dallas is known for being a lot of things — the place where Kennedy was killed, the place where the Dallas Cowboys don’t actually play (hate you, Arlington), the home of Ewing clan and the place frozen margaritas were born.

Plus, with so many transplants choosing to relocate to Dallas over time (more on that in a second), there’s no shortage of inventors, cultural influencers, fat cats, athletes, big thinkers and genuinely fascinating characters perpetually shaping our city’s history. And, much as we poke fun at the city’s official slogan, it really is no wonder so many “big things” happen here.

To that end, we find ourselves discovering new things about Dallas nearly every single day. So, as we’ve done in the past, we’ve documented 50 of those findings in this fun fact-filled post.

1. The city of Dallas has a larger population than eight states. Rhode Island, Montana, Delaware, South Dakota, Alaska, North Dakota, Vermont and Wyoming can all suck it. Also worth noting: According to census data, 4.7 percent of Texas’ population lives in Dallas’ city limits.

4. When first debuted, the Dallas Cowboys Cheerleaders included male members, too. First introduced by the team in 1960, the mixed-gendered squad — called the CowBelles and Beaux — were made up of local high school students.

5. The Dallas Zoo started out with just two deer and two mountain lions. These animals went on display in 1888 at the zoo’s original home in City Park.

6. The movie that was playing at Texas Theatre the day Lee Harvey Oswald was apprehended there was War is Hell. Actor Baynes Barron, who was reportedly was on screen at the exact moment of Oswald’s arrest, was born the same day as JFK. So there’s that.

8. On average, over 500,000 vehicles a day take the High Five. The project, which was completed in 2006, provided a five-tier interchange between Central Expressway and LBJ. It’s the largest interchange in the state.

9. Bonnie Parker was married — but not to Clyde Barrow. At age 16, the Dallas-dwelling Parker married classmate Roy Thornton, who was serving a five-year sentence for robbery when that whole “Bonnie and Clyde” thing happened.

10. Nearly half of Dallas’ population — a whopping 44.4 percent — wasn’t born in Texas. In fact, 23 percent of these people weren’t even born in the United States.

11. If the 58 cables keeping the Margaret Hunt Hill Bridge suspended were placed end to end, they would stretch five miles. According to the Texas Department of Transportation, 11,643,674 pounds of structural steel were used for the entire bridge. The arch by itself is 3,083,118 pounds, and the structure is held together with more than 20,000 pounds of bolts.

12. Texas’ first millionaire was a woman from Dallas. In the 1850s, Dallasite Sarah Horton Cockrell ran a grist mill that was purchased by Stanard-Tilton Milling Co. of St. Louis in 1892 to help expand its brand of flour into the South. It was just one of many shrewd business moves made by Cockrell. When she died in 1892, it’s estimated that she owned 25 percent of Downtown.

13. Dallas judge Sarah T. Hughes is the only woman to have ever administered the Presidential Oath of Office. That came when she famously swore in LBJ aboard Air Force One following Kennedy’s assassination. Other historic footnotes in Hughes’ career include being the first woman to serve as a federal district judge in Texas, and part of a three-judge panel that first heard Roe v. Wade.

14. The elevators at Gables Republic Tower, which travel at a rate of 1,400 feet per minute, are among the fastest in the nation. Not bad when you consider that they were built in 1954.

15. The Art Deco murals in the Granada Theater were designed by the same artists who decorated Grauman’s Chinese Theater. Opened in 1946, the Granada was originally a first-run movie theater. The first movie shown back then was Gone With the Wind. The first band that played at the theater as part of its current run as a live music venue was Dallas band Olospo on August 18, 2004.

16. In 1923, the State Fair of Texas held an official Ku Klux Klan Day. It drew about 75,000 Klansmen, plus their families. In the ’20s, the KKK boasted roughly 100,000 members in the state of Texas alone, including members of the State House and Senate.

17. Opened in 1931, Highland Park Village is considered America’s first shopping center. In 1959, Mesquite’s Big Town Mall became the first enclosed, air-conditioned shopping mall in the Southwest, and one of the first in the entire country.

20. While the Dallas Museum of Art has nearly 24,000 pieces in its collection, only about 10 percent of those are ever on display at a given time. Most of the other, roughly 21,000 pieces are kept in underground storage below the museum.

21. Dallas’ Jesuit College Preparatory School houses the Jesuit Museum, a gallery that contains $15 million worth of art.. Salvador Dali is just one of the artists whose work is included in the collection.

22. The median household income of Highland Park residents is over $219,000. Or, y’know, more than four times above the state average.

23. Dallas is home to the world’s largest predominantly gay church. Ninety percent of Cathedral of Hope’s approximately 4,000 members are gay.

24. Highland Park graduate — and current L.A. Dodger — Clayton Kershaw is the only pitcher in MLB history to record 15 strikeouts in a game while allowing no hits and no walks. He is also the first pitcher to win four consecutive ERA titles.

30. The Potter’s House has a weekly attendance of over 17,000 parishioners. According to Outreach magazine, which keeps a yearly track of this sort of thing, Texas is home to 18 of the country’s 100 biggest mega-churches, and eight of those are located in North Texas. Houston’s Joel Osteen-led Lakewood Church tops the list, of course, with 43,000 in attendance every week.

31. Pappas Bros. is the only restaurant in Dallas to employ a Master Sommelier, an Advanced Sommelier and two certified sommeliers as full-time wine professionals. While that may seem overly decadent, there is indeed a level of expertise needed to navigate the restaurant’s 33,000-bottle wine cellar, which contains some bottles than span back decades. Since its inception in 1973, only 129 North Americans have passed the Master Sommelier Diploma Exam. Only seven of those were from Texas.

32. Deep Ellum venue Trees was originally purchased with money being hidden from the authorities. Fort Worth oilman Cullen Davis was the richest man in America when he stood trial for shooting his ex-wife and killing her new boyfriend and her daughter from a previous relationship. To protect some of his riches, he hid money in his children’s bank accounts. In 1990, his son Brian Davis used some of that money to open Trees.

33. The final show of George Strait’s farewell tour packed 104,793 people into AT&T Stadium, making it the largest-ever indoor concert. The stadium also holds several other attendance records, including the highest-attended basketball game (108,713 came to the 2010 NBA All Star Game), the NFL’s regular-season attendance record (105,121 showed up for the Cowboys’ first-ever home game at the stadium) and the highest-attended boxing match (50,994 were on hand for the 2010 Manny Pacquiao-Joshua Clottley fight).

34. In 1969, Bob Wills’ “San Antonio Rose” became the first song broadcast from outer space. The song, which was recorded in Dallas, was the first track on a mixtape that Apollo 12 astronaut Pete Conrad took with him on his mission.

35. Big Tex was once depicted in an X-Men comic kicking Magneto “in the pants.” The 1983 promotional comic, The Uncanny X-Men at the State Fair of Texas was set at the fair, and featured the lone appearance of mutant Eques, a sort of half man, half flying horse character said to live on the outskirts of Dallas.

36. Since 1983, 185 people have been killed in incidents involving planes headed to or from DFW airport. The deadliest of these occurred on August 2, 1985, when a Lockheed L-1011 coming from Fort Lauderdale encountered a severe microburst on approach and crashed just north of the airport, killing eight of the 11 crew members, 128 of the 152 passengers on board and one poor soul on the ground.

37. Published in 1912, Hart A. Wand’s “Dallas Blues,” is widely regarded to be the first true blues song ever published.

39. That symbol in Dallas’ logo is actually a tree. According to the Dallas Municipal Archives, the “emblem, a blue capital letter ‘D’ with a green stylized tree inside it, is meant to be simple, uncluttered and modern. The ‘tree’ is meant to symbolize the quality of living in Dallas, and also to project a feeling of greenery, growth and concern for the environment.”

40. In 1868, the first cargo boat successfully navigated the Trinity River from Galveston to Dallas. The voyage took a year and four days.

41. Dallas native T-Bone Walker — or Oak Cliff T-Bone as he was called early on in his career — is credited with the first blues recordings on electric guitar. Recorded in 1942, his “Mean Old World” was admired by Jimi Hendrix, who imitated Walker’s trick of playing the guitar with his teeth.

44. The tunnel that runs under Klyde Warren Park features 1,800 400-watt light fixtures on its sides. The lights, which are always on, are equipped with sensors that automatically adjust the amount of lighting inside the tunnel based on the levels of ambient light outside.

46. The two-level Hooters in Dallas’ West End is oft-touted as “the world’s largest.” Insert joke about big hooters here, we guess.

48. Played annually since 1900, the OU-Texas game began seven years before Oklahoma was a state. Oklahoma earned its statehood in 1907, and the game moved to its current home at the Cotton Bowl in 1912.

49. The Dallas Cowboys were originally called the Dallas Steers. Deciding it better not to have a castrated animal serving as the team’s mascot, Cowboys general manager Tex Schramm changed the name to the Rangers. To alleviate some confusion with a local minor league baseball team called the Rangers, the team’s name was changed once again to Cowboys just before the 1960 season began.

50. There are more than 115 public art works scattered throughout Dallas. Can you find them all?