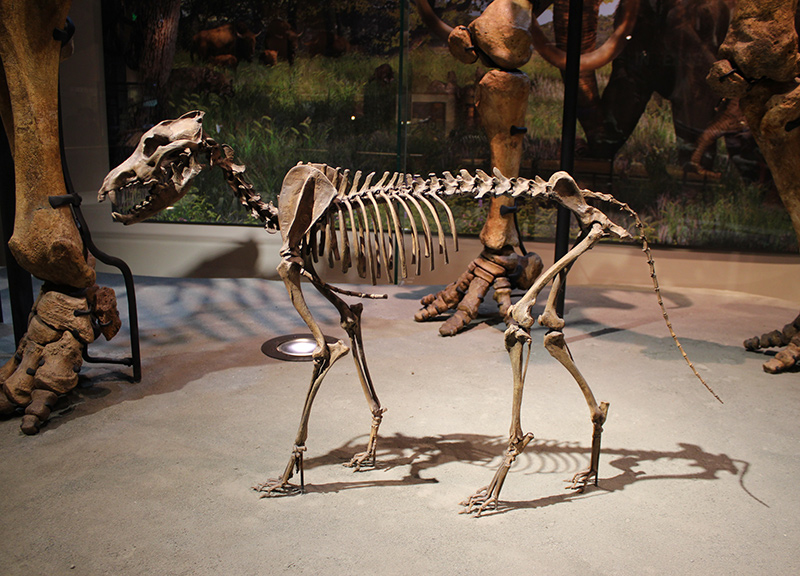 Also, Dire Wolves Were Real And The Perot Museum Has Proof.

Here's a fun fact: The night is dark and full of terrors.

Oh, and here's another one: Turns out, dire wolves aren't just a figment of George R.R. Martin's imagination; in addition to travelling Martin's fictional realm of Westeros in his A Song of Ice And Fire books and subsequent Game of Thrones television shows, dire wolves also roamed about North and South America some 10,000 years ago., apparently.

For proof, look no farther than Dallas' own Perot Museum of Nature and Sciences, which has a skeleton of the dire wolf on display.

Here's a photo of it.

Anyway, that's it. That's the whole point of this story — to let you know that dire wolves were real, and that you can see one for yourself at the Perot Museum, as we recently learned for ourselves.

Also, will someone buy us this awesome sweatshirt? Because winter is coming — starting on December 21, to be in fact. Right as gift-giving season arrives, even.

Oh, and since we're on the subject of things that are coming eventually: HBO says Game of Thrones will be returning for its fifth, sixth and seventh seasons, with the fifth one kicking off sometime in Spring 2015.