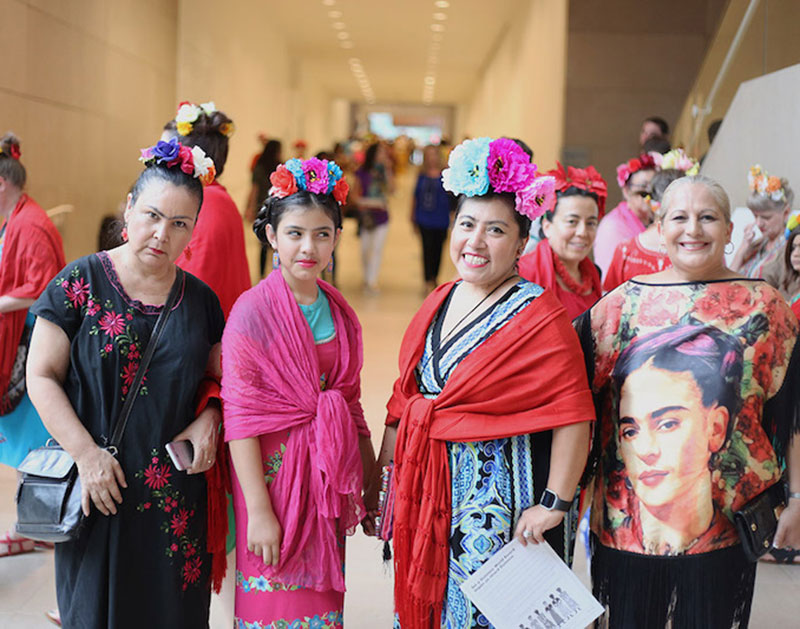 Only Three Other Exhibits Since 2000 Drew More Attendees To The Dallas Museum of Art Than Its Colorful Exploration Of Mexico’s Modern Identity And Culture.

The gallery entrance to the Dallas Museum of Art’s “Mexico: 1900-1950” exhibit have closed, but the memories made in those halls will last — as will the final attendance count, which makes “Mexico” the fourth-highest  paid exhibit at the museum since 2000.

A press release issued by the DMA this morning puts the final count of the exhibit’s 18-week run at 125,894 attendees.

Even more impressive is the fact that more than half of the visitors to the exhibit were first-time visitors, meaning that the DMA’s bilingual promotional effort — coupled with outreach events like the record-setting Frida Fest when more than 1,100 people dressed up as iconic Mexican artist Frida Kahlo — did the trick to get new people through its doors.

“We’re especially thrilled that the ‘México 1900-1950’ exhibition resonated so much with our diverse local audiences, many of whom had never been to the DMA before, and were eager to engage with these remarkable works of art,” DMA director Agustin Arteaga said in that press release. “This encourages us to continue expanding our reach and invigorating our ties to our community. We thank all of our sponsors and supporters for helping us accomplish this exciting landmark.”

Attendance for “Mexico” also bolstered the DMA’s overall attendance figures greatly: Over the course of the last 12 months, the DMA welcomed a total of 802,870 visitors into its space, marking a 10 percent increase over the previous 12-month stretch.

When we last checked in on ‘Mexico’ and its attendance figures, we were confident that the exhibit would reach the museum’s top five rankings in attendance since 2000. Here, let’s take a look at where the exhibit falls in those rankings now that all is said and done:

In other words? ¡Viva ‘Mexico’!