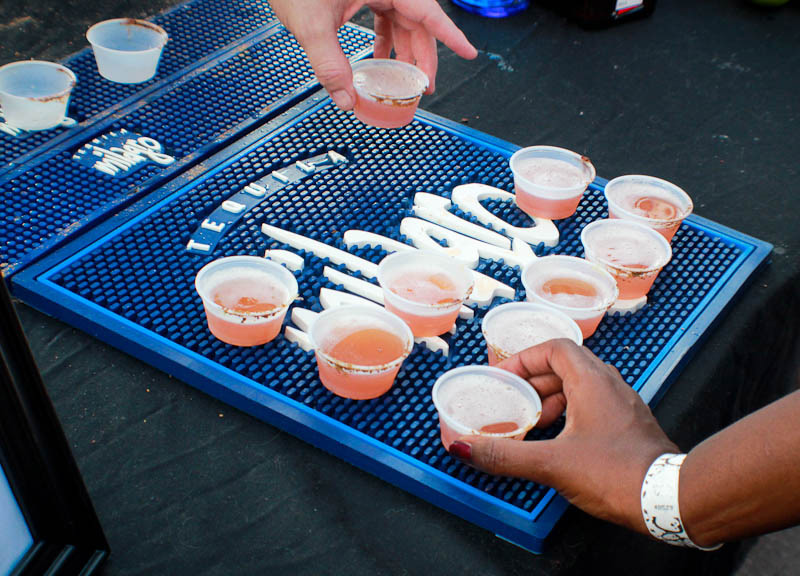 The Bishop Arts District was abuzz with margarita lovers on Sunday afternoon as nearly 2,000 people flocked to Dallas' third annual Dallas Margarita Meltdown. And, though temperatures hovered in the 90-degree range, at least there were plenty of drinks on hand to help the crowds keep cool. As such — or perhaps regardless of the heat and just because — the best and most creative margaritas that Dallas' top mixologists had to offer were devoured on this day pretty much as quickly as they were being poured.

The whole environment encouraged this spirit, really. Traditional Hispanic music enticed festivalgoers to bust a move. Tamales and street tacos helped soak up some of the tequila. There were even cigars on hand from Cigar Arts that were hand-rolled on command. As some 30 local restaurants competed to earn the ultimate in area margarita bragging rights, the audience — who imbibed sample sizes of various takes on the drink and doubled as the margarita competition's judges by texting in their votes — reaped the delicious benefits of each of these added accoutrements.

And while every participating restaurant should be commended for their margarita-making efforts, a few entities really stood out. Among them? A passion fruit gingerita from Standard Pour; ginger-infused foam-topped margarita from Asador; and tamarind margarita-filled water pistols from The Ranch.

The most creative margarita of the entire event, though, has to go to the folks over at Urban Taco, who took their margarita option far outside of the box. They started their drink by cutting into a fresh and juicy strawberry, which was then rolled in chili and lime seasoning and placed inside a rimmed shot glass. They then infused the fruit with a margarita-filled syringe. The result? A full-out flavor explosion.

Crowds did become restless, however, once samples at certain booths began to run dry — clearly the biggest complaint heard throughout the event. The most glaring example of this came when the folks at the Oak Cliff Social Club booth bailed out just two hours into the event.

Still, even in the face of the blistering sun beating down above, the entire event closely resembled that of the Big Texas Beer Festival held back in April, which is to say that it was for the most part a fun, inclusive time. 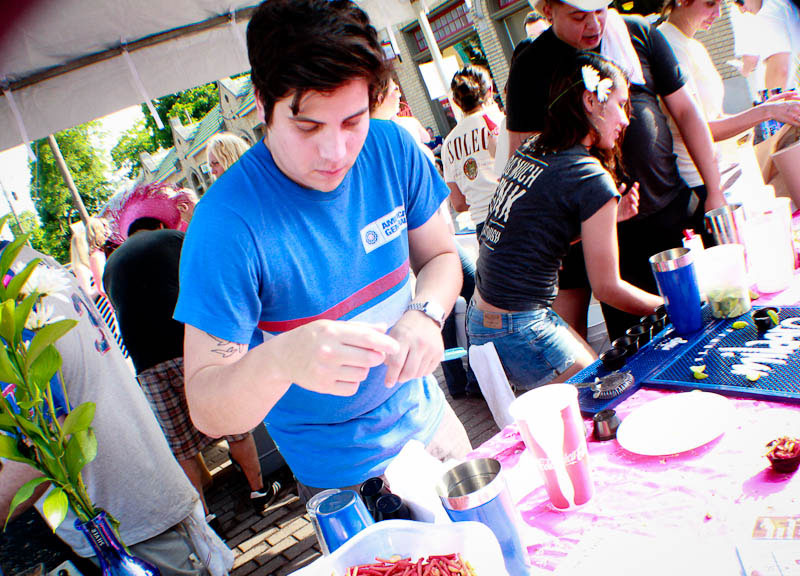 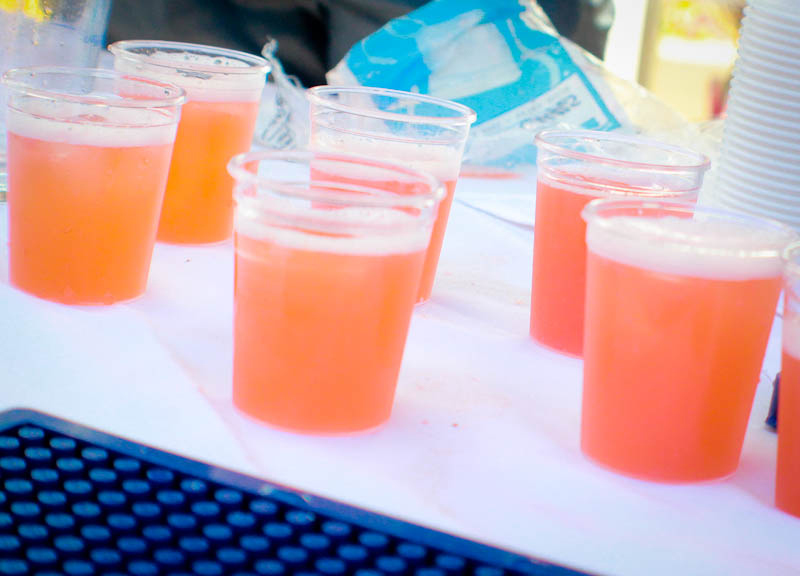 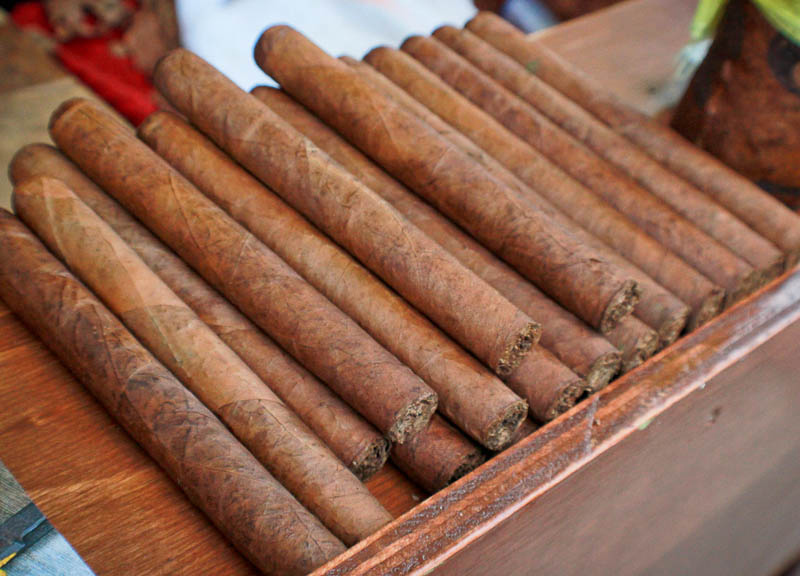 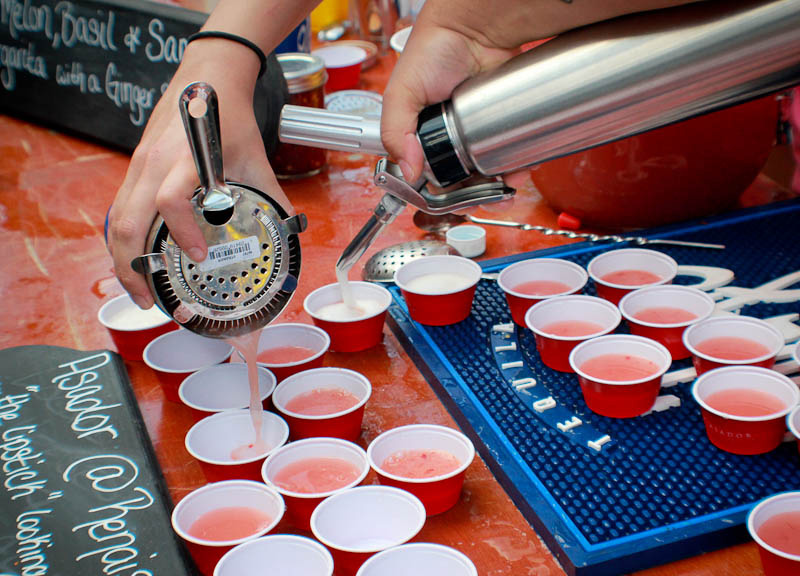 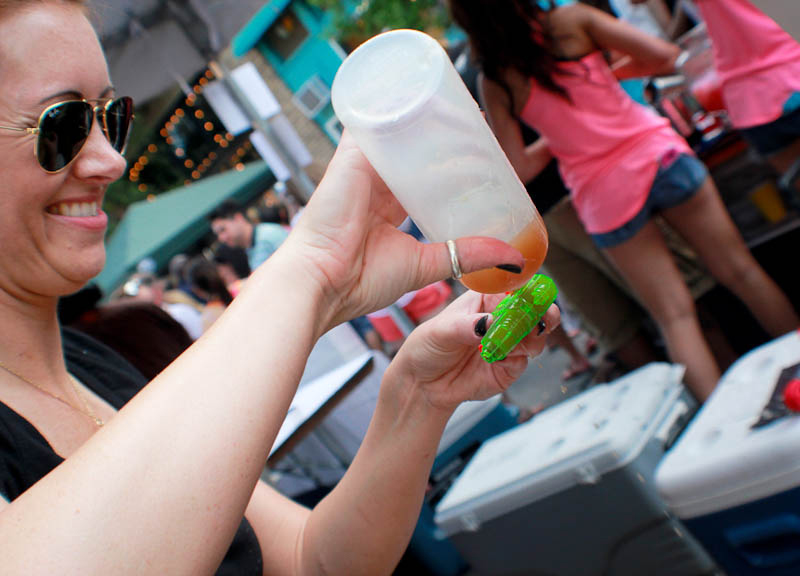 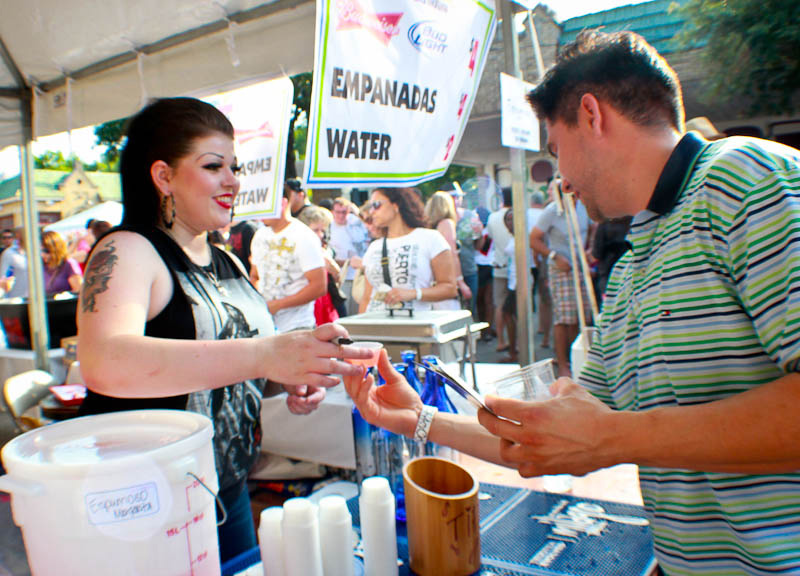 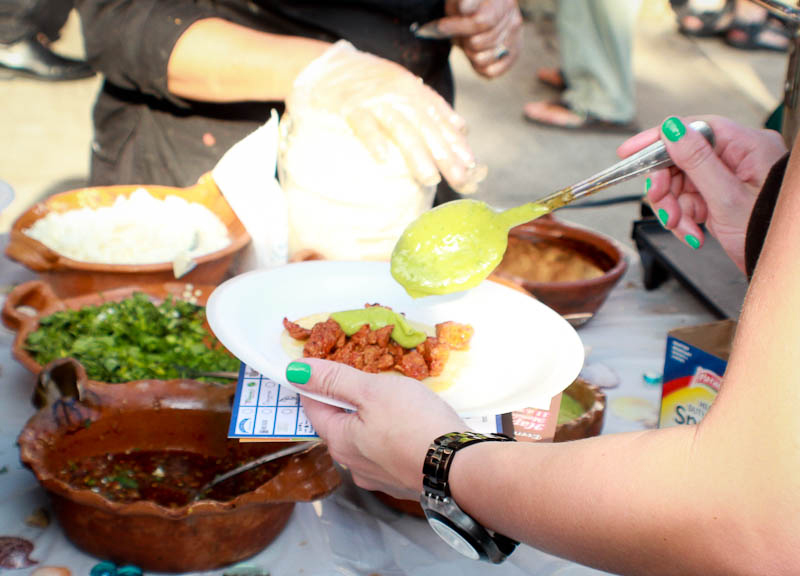 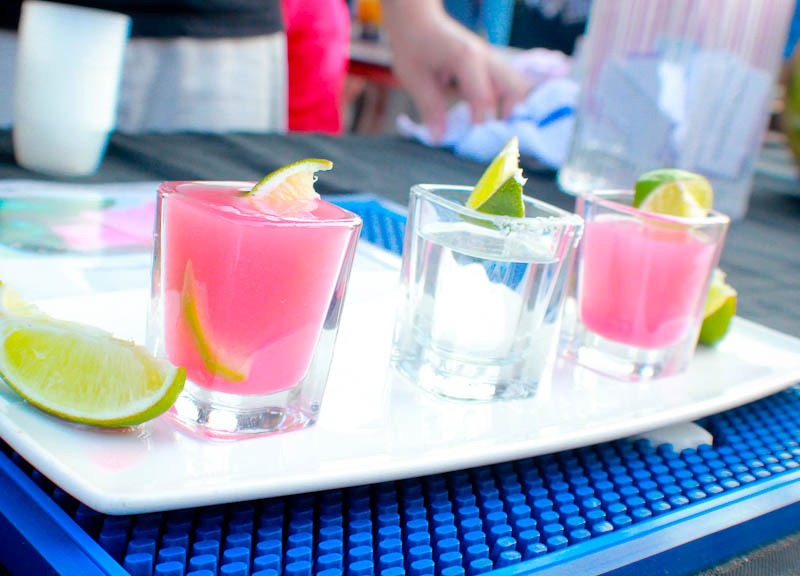 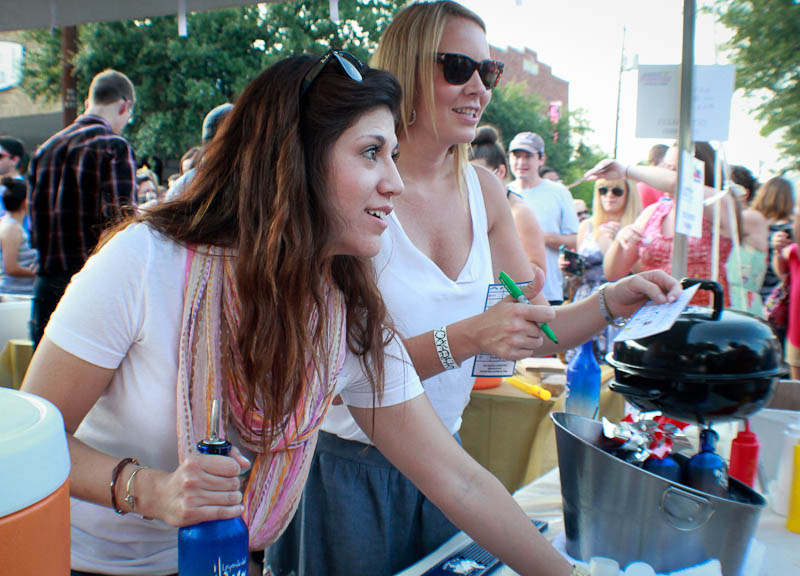 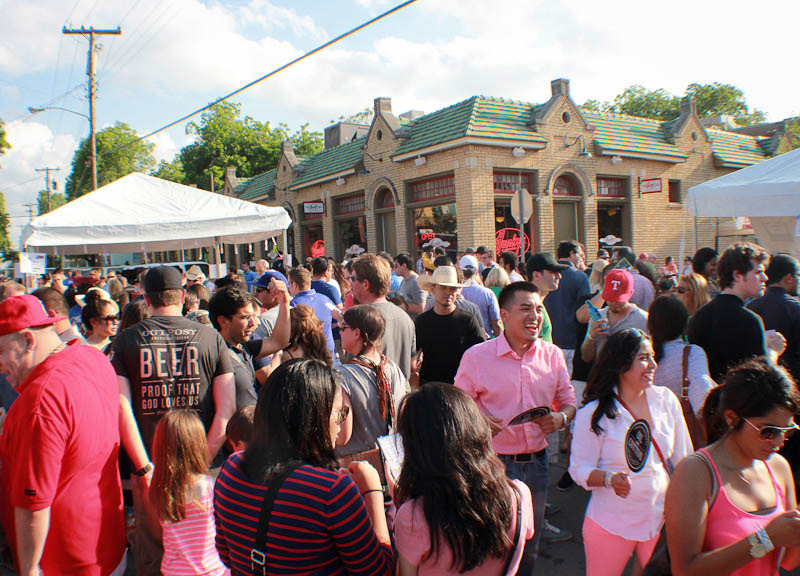 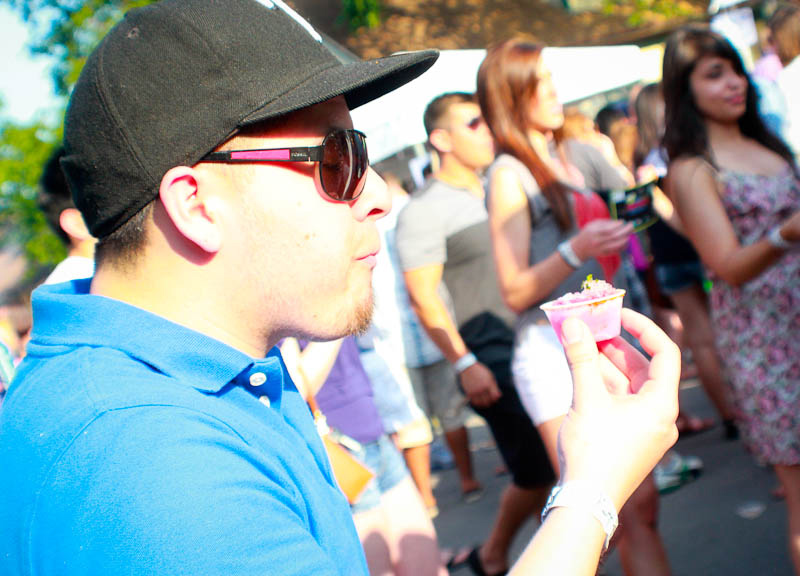 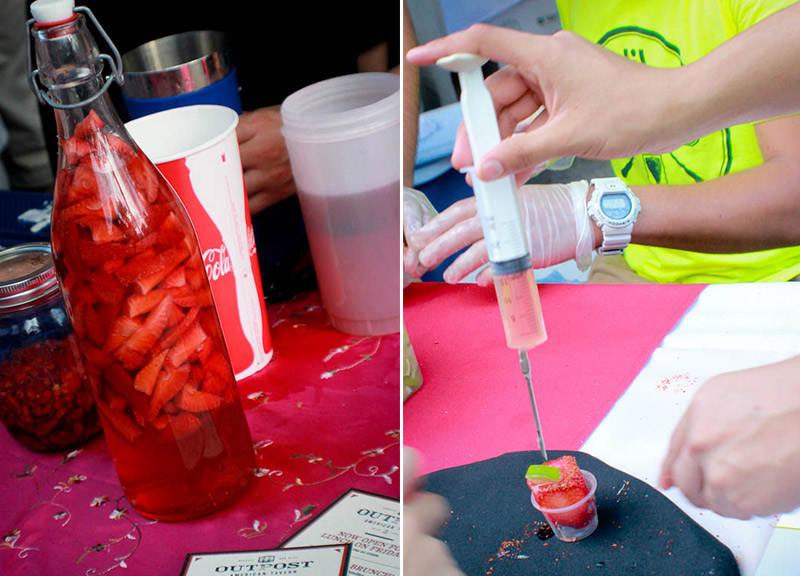 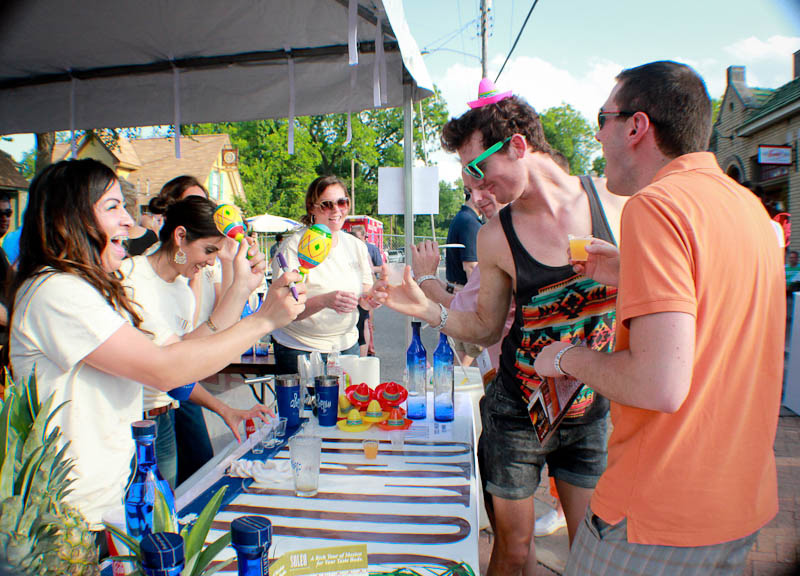 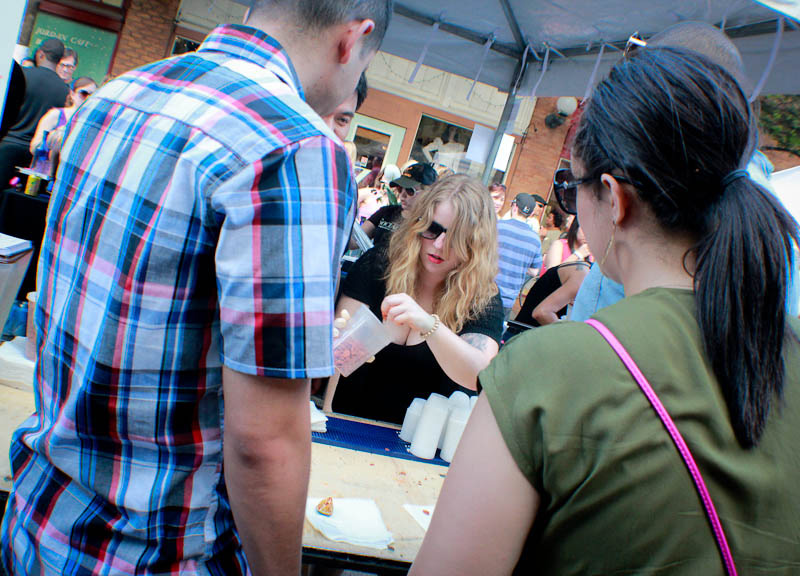 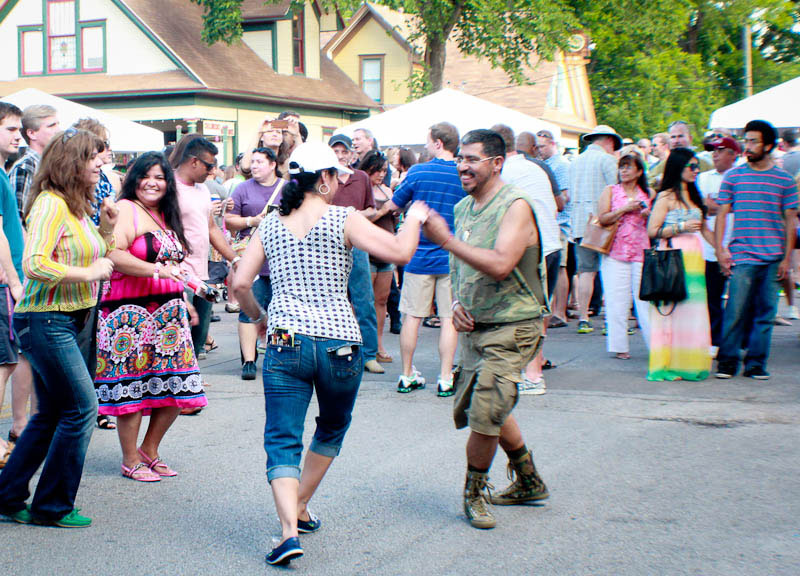 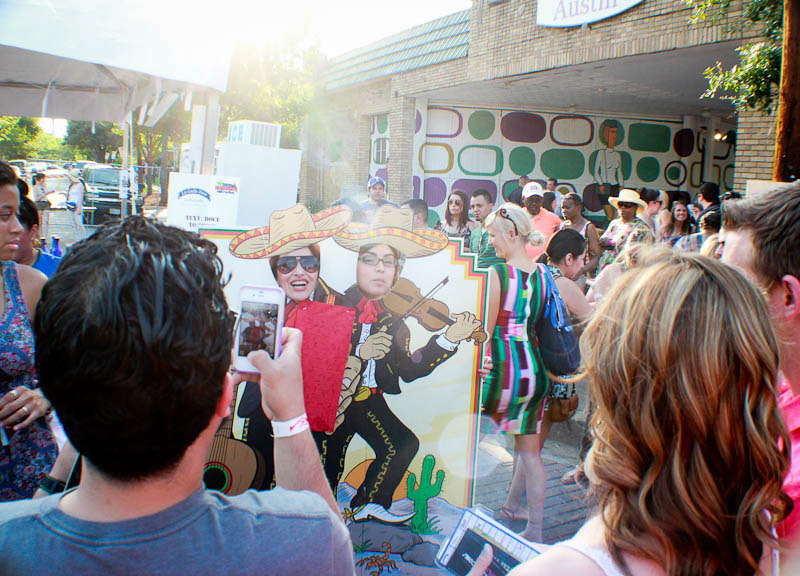