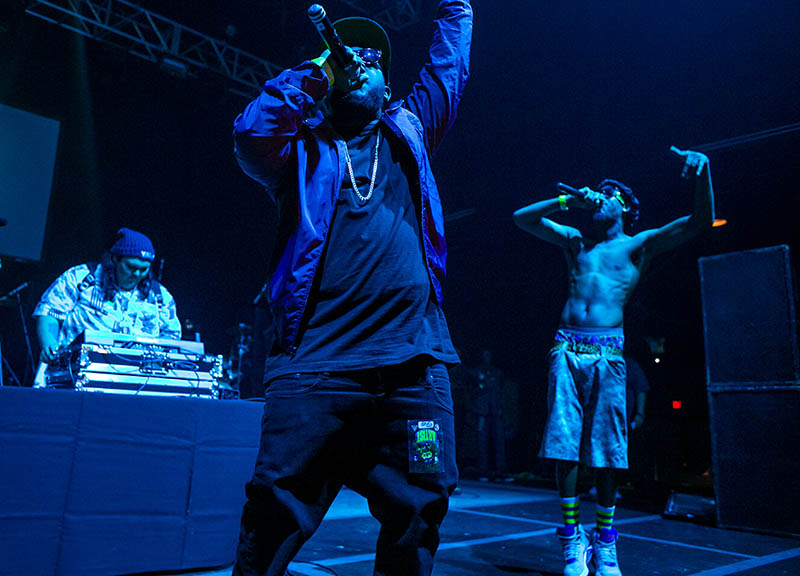 Scenes From Saturday’s Jambalaya Festival With Tyler the Creator and Earl Sweatshirt.

There really wasn’t a single dull moment during the Jambalaya Festival’s marathon eight-hour run in the packed Palladium Ballroom on Saturday, where thousands of young music fans had gathered to take in performances from an impressive roster of acts brought to town as part of this ScoreMore-produced, three-city touring Texas fest.

Much credit is due to these fans, too: From the start of the high-energy opening set offered up by local favorites A.Dd+ and running all the way through the festival’s thrilling conclusion that came a little after midnight, this audience maintained an energy and enthusiasm level that would’ve been impressive even had it been solely reserved for the headlining performers.

Then again, most every act on this bill boasted a headlining-performer pedigree, so their excitement was quite merited. And the audience — largely an under-21 set, it should be noted — basked very much in the glory of sampling from seemingly every trend offered in the hip-hop and EDM worlds these days.

They dressed in near every trend offered up from these subcultures, too. Girl wore everything from their would-be Coachella outfit to full-on rave gear. Guys, on the other hand, seemed intent on dressing like Tyler, the Creator photocopies, donning most every item sold by the Odd Future crew — from khaki shorts and three-ringed crew socks to Vans shoes and Supreme hats.

This was no surprise. Tyler’s Odd Future collective stands as one of the most influential acts in all of music right now. Tyler himself just released Wolf last month, the follow-up to 2011’s breakthrough, Goblin. Meanwhile, his fellow Odd Future member and performance-sharing co-headliner, Earl Sweatshirt has been maturing beyond his collective peers of late and teasing the Internet with tracks such as “Whoa” and “Guilt” from his upcoming Doris album. They’re the buzz of the hip-hop scene and beyond — yes, still. Which explains how they were booked to headline this affair, even over so large a legend as Big Boi, who wasn’t even the penultimate act on this bill. But more on that later.

First, this: A round of applause should to go out to the Dallas representatives on the bill. A.Dd+, as mentioned opened the show, which seems like something they’ll rarely be asked to do any longer. Still, their set provided them the chance to play to a fresh set of faces in this city, and, as with every audience that’s witnessed their impressive live displays before, this crowd was quickly hooked. Fellow local Dustin Cavazos didn’t receive the same amount of love from the crowd as he took the stage, considering his slower sound, but his crowd would come around some in the end — thanks in large part to a guest appearance from A.Dd+’s Slim Gravy, as the two performed their new collaborative single, “Alright.”

Then came the first act of the touring bill, G-Eazy. From the vintage microphone set on stage for him to his slicked-back, finely coiffed hair and all black ensemble, it seemed G-Eazy was about to take the stage like an old-school crooner. This, however was no vintage offering; his present-day raps were no different from those of anyone else on the bill. But they wooed the crowd no less though.

So, too, did the following set from RL Grime. Imagine every popular hip-hop song from the last two years; the DJ/producer probably worked it into his hour-long trap set. This strategy paid dividends, of course, turning the show into an all-out party and starting the crowdsurfing that that would continue throughout the rest of the night.

Well, most of the rest of the night. During Big Boi’s set, a large majority of the audience could be seen looking on quite apathetically — if looking at all. Many in the crowd simply exited the venue altogether to mill about on the patio, to peruse the merch tables or to simply just sit down catch their breath. But Big Boi was a treat on this bill, a legend mixed in among this largely trend-hopping fare. Alas, his new music didn’t ring much with this crowd at all. But his hits from his Outkast day did put a little pep back into the room. Just some, though: Toward the end of Big Boi’s set, a group toward the back of the cavernous Palladium performance space began vocally chanting their excitement and anticipation for the upcoming set from Zeds Dead.

Nonetheless, the duo of DC and Hooks, who combine to make up the Pulp Fiction-referencing EDM outfit Zeds Dead, didn’t disappoint. Not that they could, given the hour’s worth of dubstep that they played and the crowd to which they did.

Then, after an impressive set from Odd Future’s Taco that included stage-diving and water-spraying, the combined showing from aforementioned rappers Earl and Tyler — termed EarlWolf here — came as the rappers swaggered onto their stage, fellow Odd Future member Jasper in tow. It started innocently enough with Tyler in complete disbelief with our state’s weather — “It was hot and it was raining, like what the fuck?!” an incredulous Tyler said — and only more snotty antics followed. It was a typical Odd Future offering, if a little tamer than the group’s last Dallas show in December. Rotating through each other’s catalog — among them Tyler’s “Yonkers,” “Domo23” and “Tron Cat,” and Earl’s “Whoa” — they also performed such EarlWolf collaborations as “Assmilk” and “Orange Juice,” the latter of which received the greatest response.

As the set came to a close and the realization of an encore not taking place set in, the audience began filing out.

Eight hours of battling through crowds takes a toll, and it was obvious in the faces of these fans as they left the show.

At 4 p.m. the crowd had run into the venue as the doors opened. By midnight, the sweaty, bruised, beat-up and seemingly disoriented crowd slowly filed out, chugging plastic cups of water as they did.

From the looks of things, it’s safe to say that these crowds had received their money’s worth. Jambalaya was a resounding success. 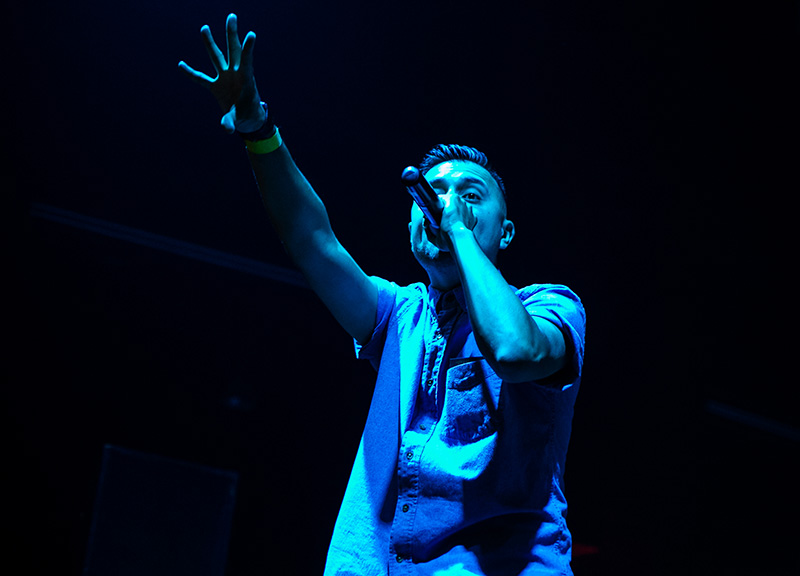 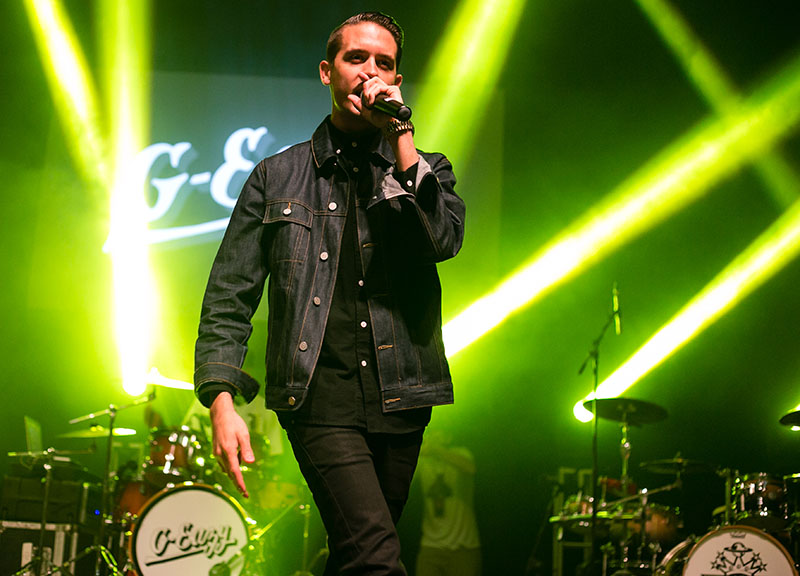 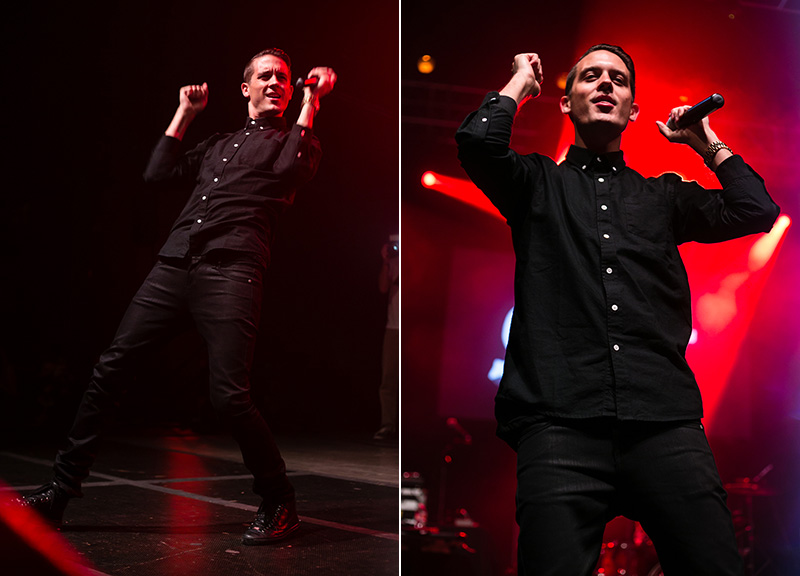 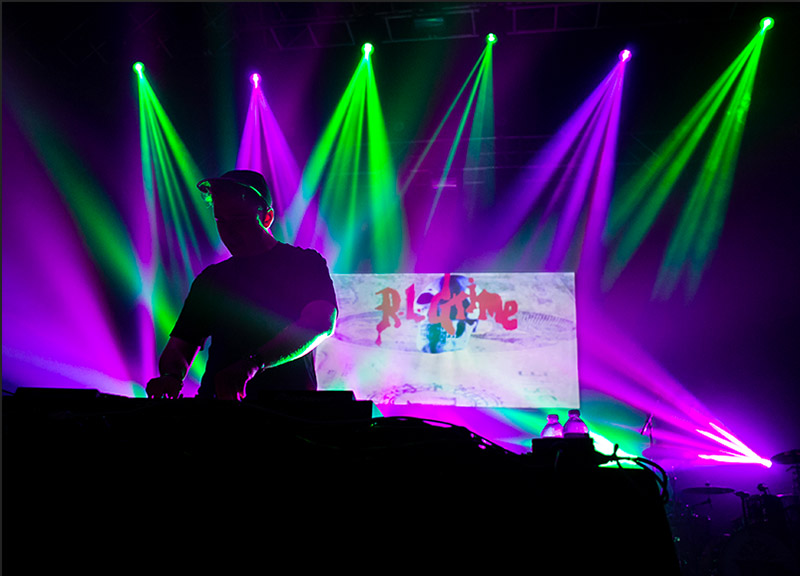 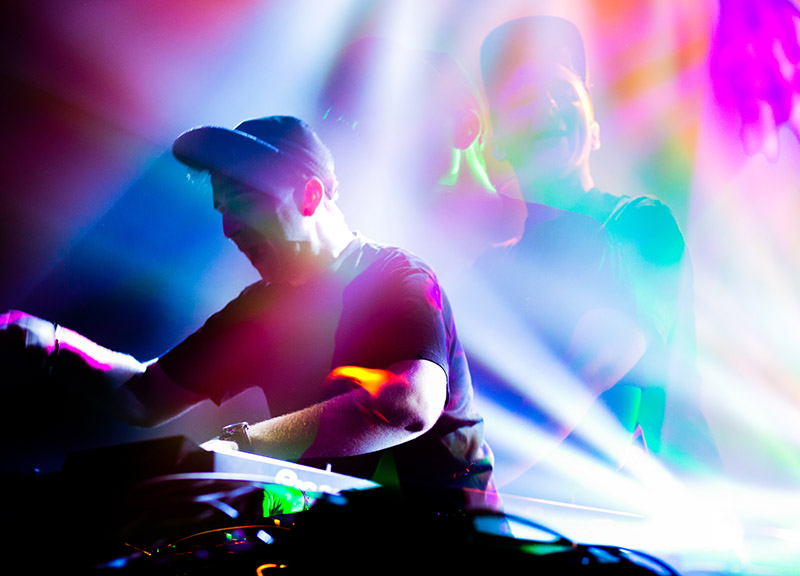 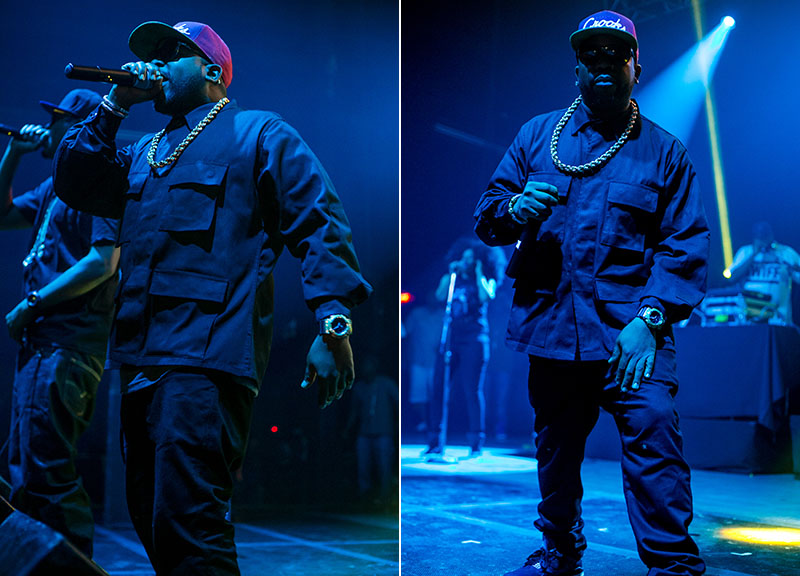 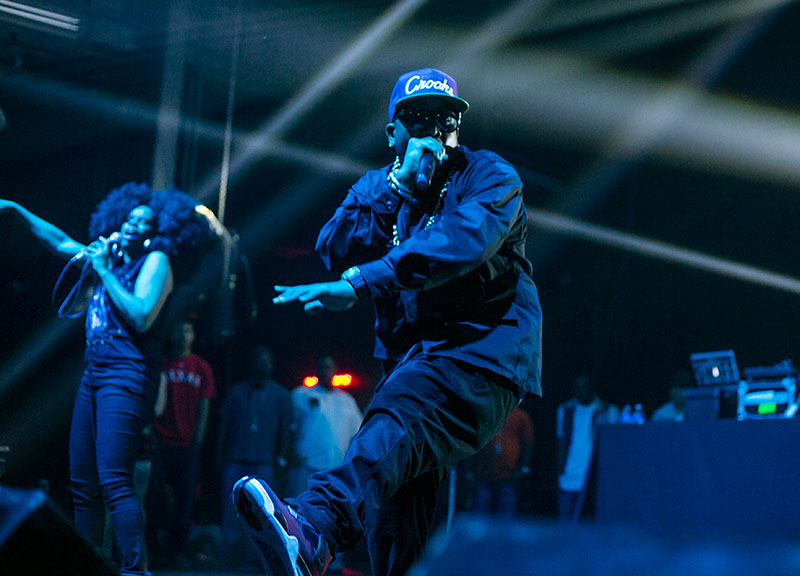 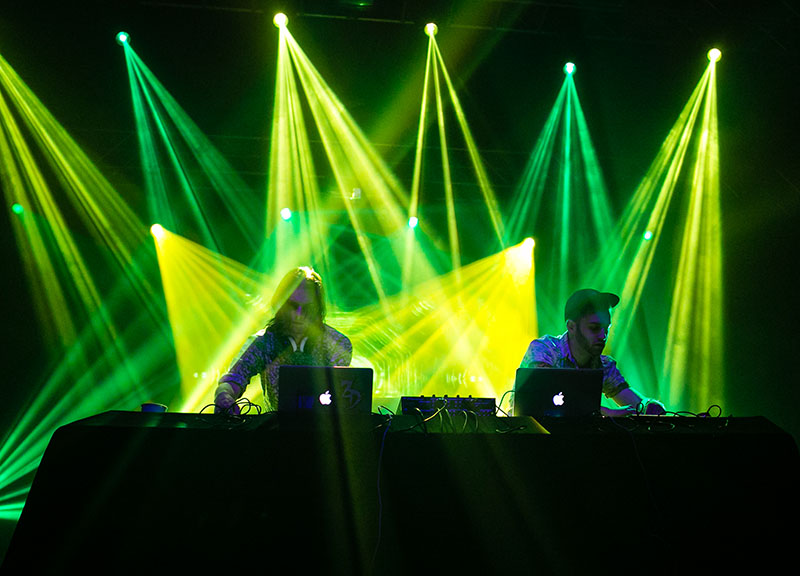 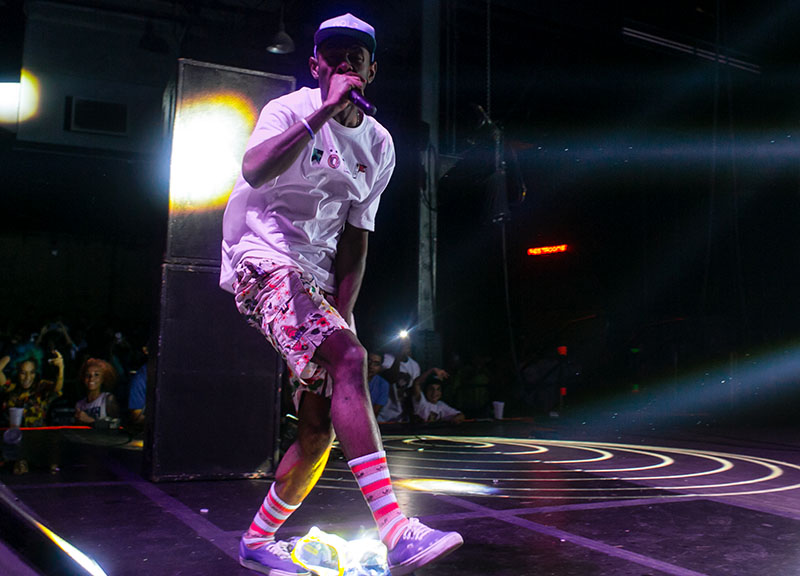 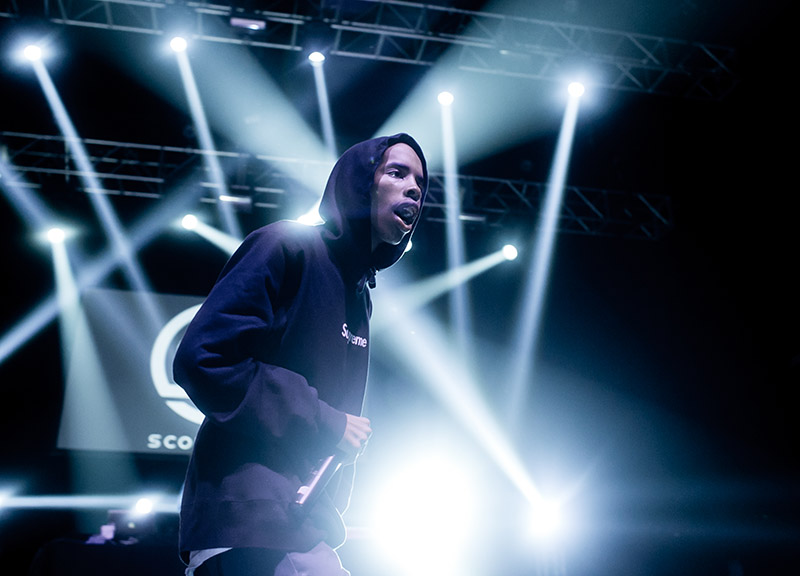 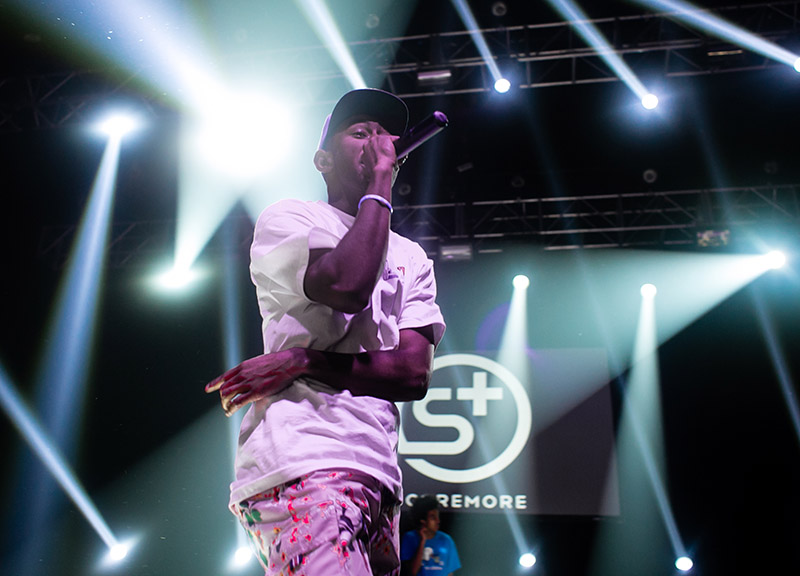 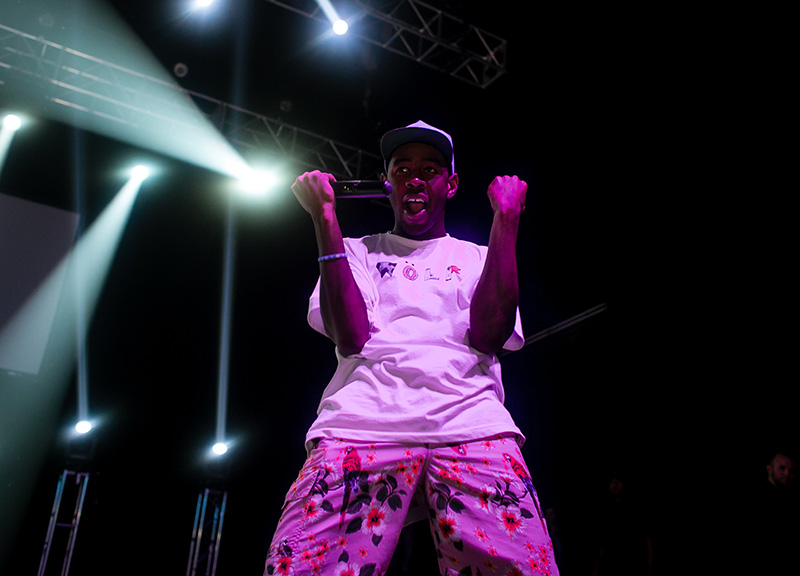 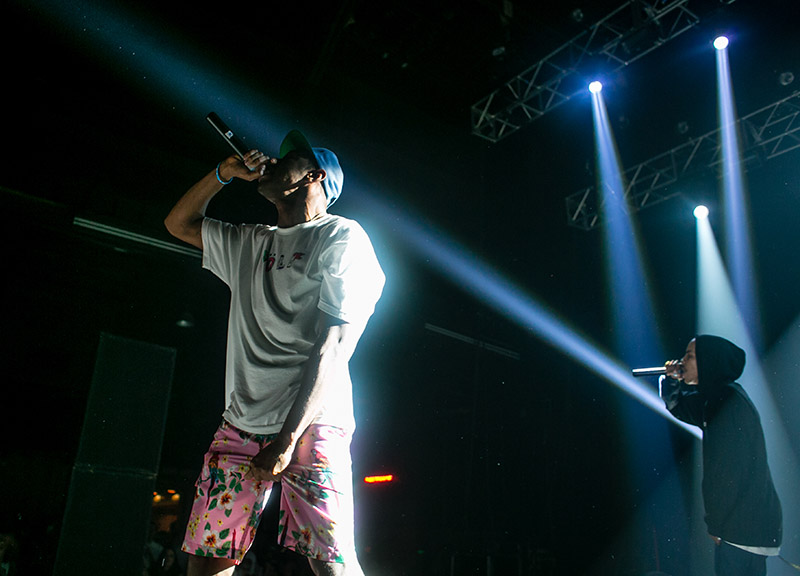 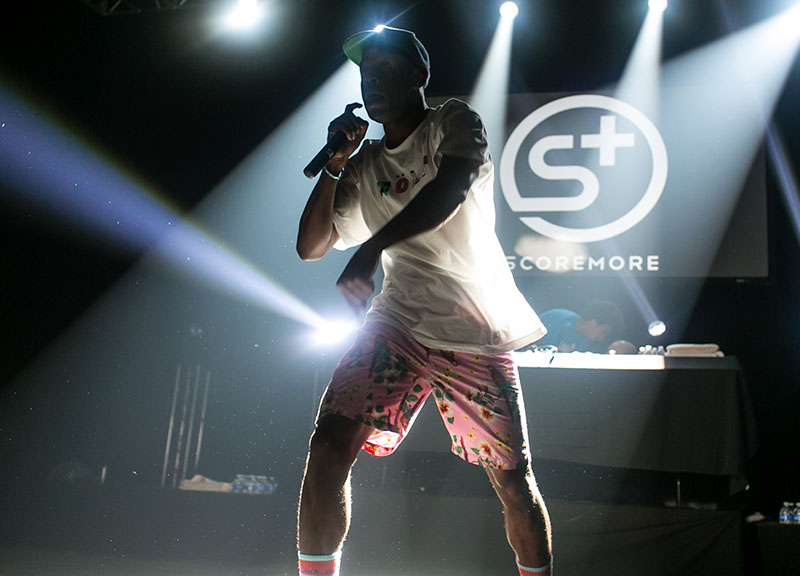 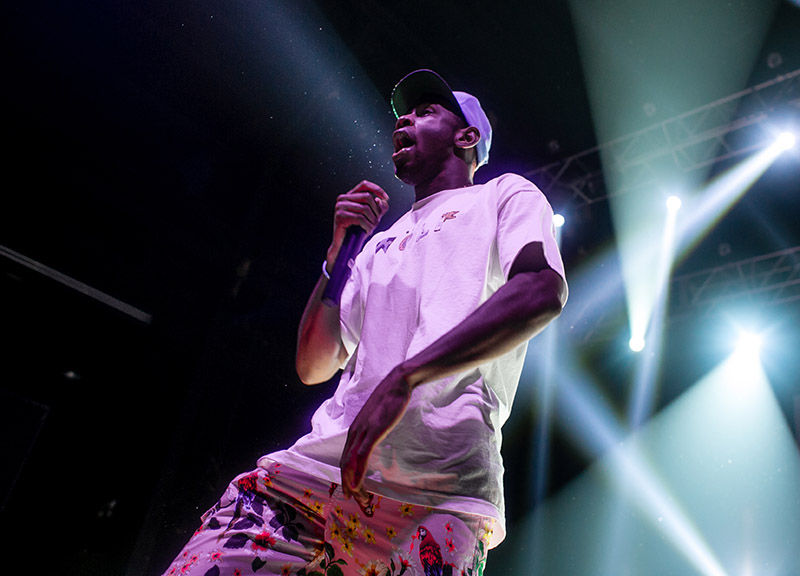 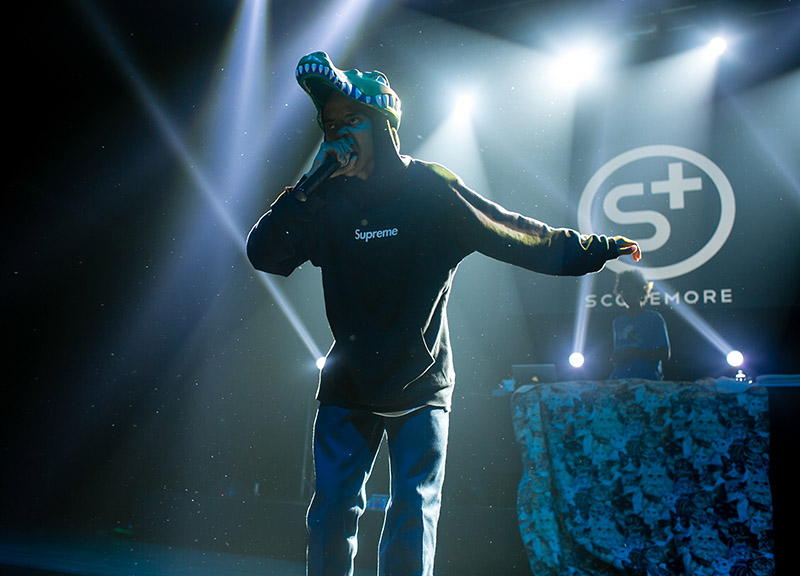 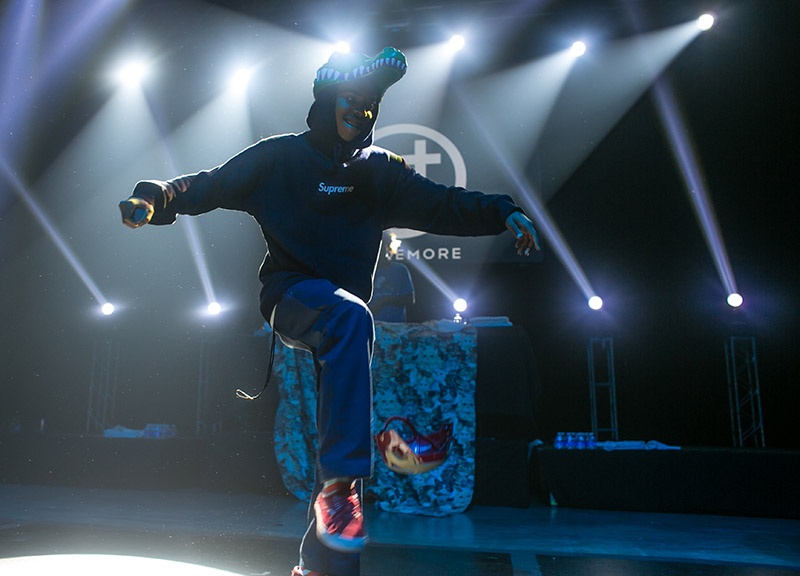 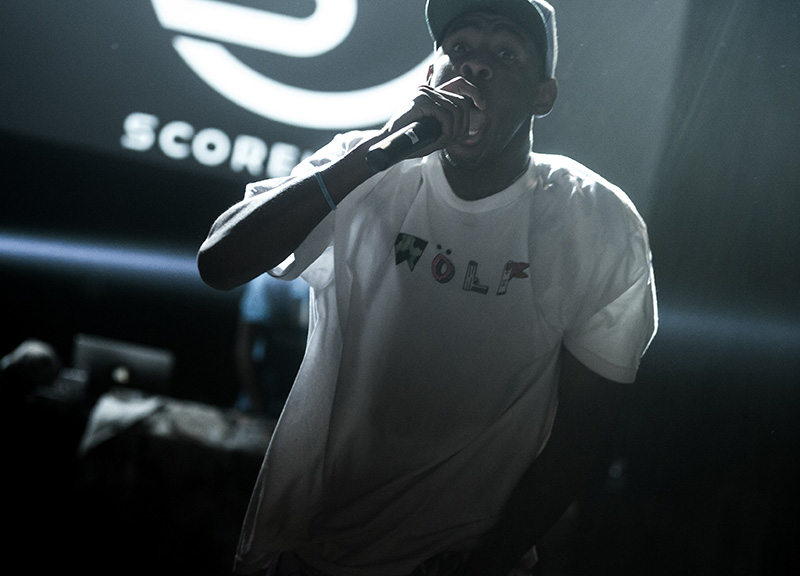