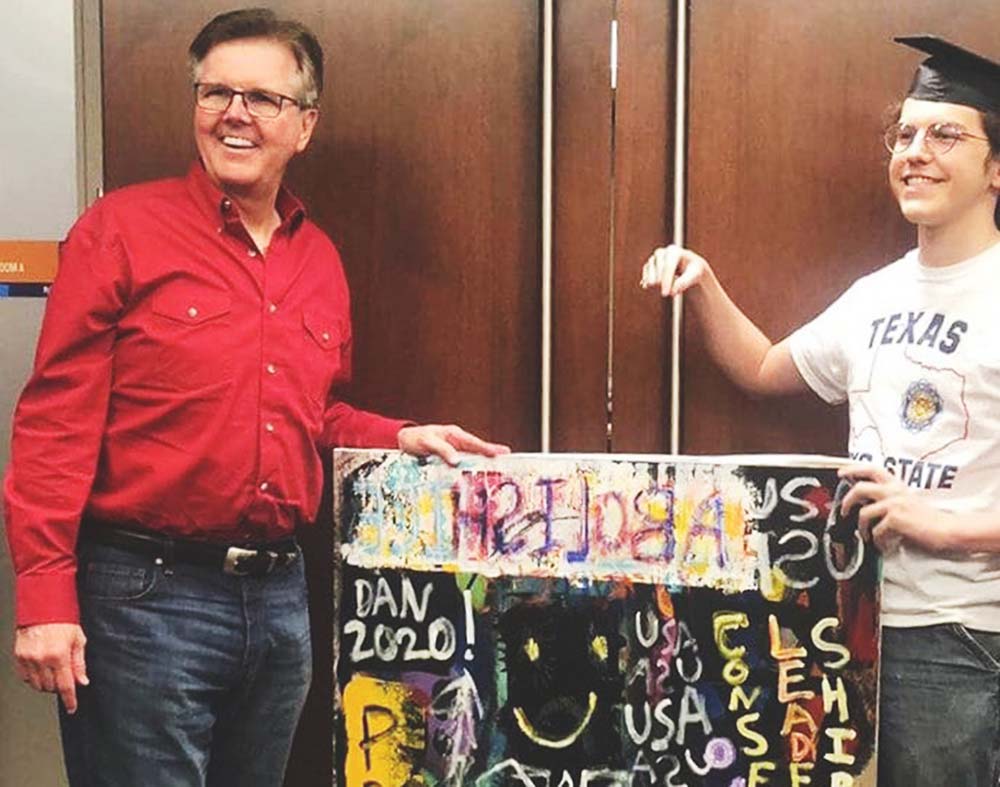 The Guyer High School Student Tricked The Conservative Politician Into Celebrating A Painting That Featured The Phrases “Abolish ICE” And “Impeach Trump.”

He may not be old enough to vote, but Caleb Brock pulled off a pretty brilliant political stunt earlier this month.

With a shit-eating grin on his face, the 17-year-old senior at Denton’s Guyer High School showed up to a Tarrant County Tea Party event that Texas Lieutenant Governor Dan Patrick was attending. Once there, he convinced the event’s organizers that he was a big fan of Patrick’s, so much so that he’d brought along a painting to present to him as a gift. What neither Patrick nor the event organizers realized was that Brock had made painted onto the canvas the decidedly left-wing messages “Impeach Trump” and “Abolish ICE” in mirror-flipped text.

And so — perhaps because they were too excited about the idea of appealing to young, hip politicos — Patrick accepted Brock’s gift. Actually, conservative-as-all-get-out lieutenant governor did much more than that: He posed with Brock and his painting for photos taken by 18-year-old Serlesi Olguin, Brock’s classmate and fellow activist who made the trek with him to document the effort. Then, as the Washington Post noted in its own coverage of the stunt, Patrick eventually took things even further, shouting Brock out and none-the-wiser applauding the painting during his speech at the event. 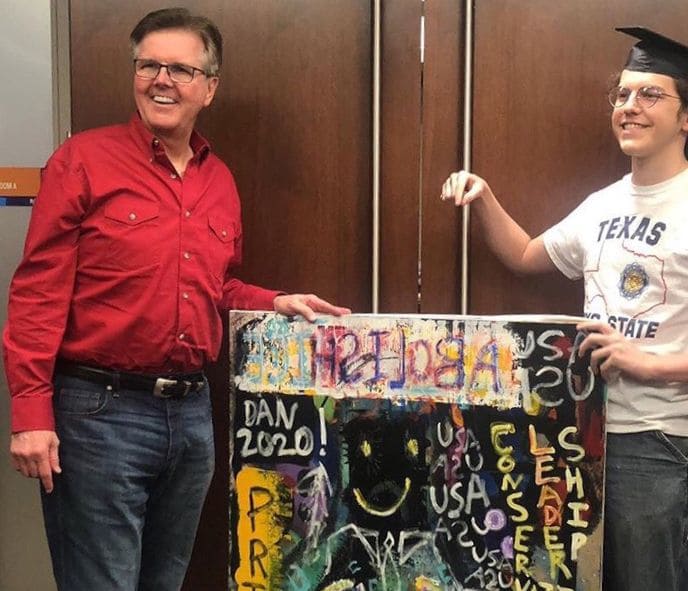 “All we did was walk in with a huge painting,” Brock says when reached by phone this week. “I was like, ‘Oh, I am a huge fan of Dan Patrick. I made him this painting and I want him to hang it up in his office. But I also want to get a picture with him.’ We wanted him to pose with it and then spread the picture everywhere and start a conversation on immigration.”

It’s a topic the young political star says everyone should be involved in these days – especially his young peers. While he says he personally didn’t start paying attention to politics until Trump’s rise to power, Brock has been very active in Denton County politics in recent years, working with the Beto O’Rourke campaign for U.S. Senate as a phone banking and block walking captain. 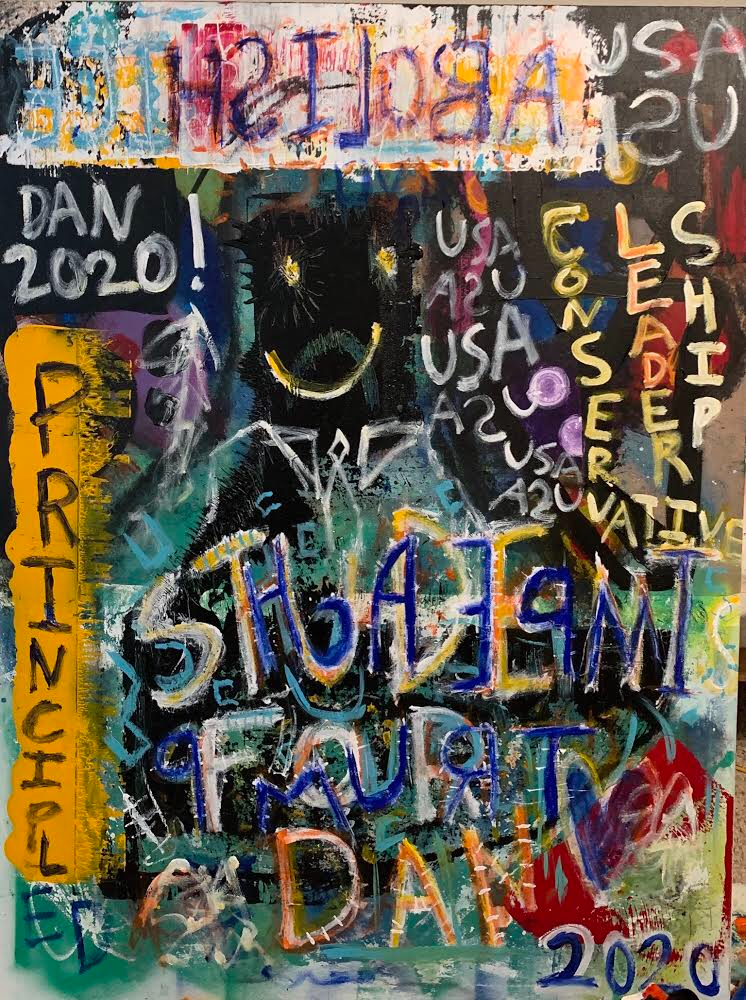 The painting Brock used to stunt on Lt. Gov. Patrick.

He also helped a few of his classmates plan a walk-out at Guyer High School last year, getting a couple hundred of his fellow students to join in on their protest for increased gun safety in schools. Around the same time, Brock was also a speaker at Denton’s March for Our Lives event, and has since gone on to speak at other Denton County Democratic Party-organized rallies in his hometown.

“I’m doing it all because, I know that the youth hold tons of power,” Brock says. “The power of voice from the youth is extremely important in society.”

The power and importance of the youth vote is a point he’s proved handily with his latest shenanigan, although he hopes, as far as political activism goes, he’s not just a flash in the pan. When he heads to the University of Texas at Austin this fall, he plans to keep his political career going by majoring in economics and pre-law.

Says Brock: “The way I see it, no matter what we do as young people, the older generations are going to find some kind of way to downplay us, or dismiss us and make us seem like we’re the crazy ones.”

For his part, the lieutenant governor, political differences aside, doesn’t seem to think Brock is crazy at all. If anything, he seems impressed by the young activist’s gumption and guile.

“This young man’s very elaborate prank — painting all the letters backward in abstract so it couldn’t be read until it was flipped in a photograph — and giving it to me as I walked in the door of a speech was certainly clever,” Patrick said in a statement provided to the Washington Post. “It has to make you laugh.”