Meet The Artists Who Run Trade. 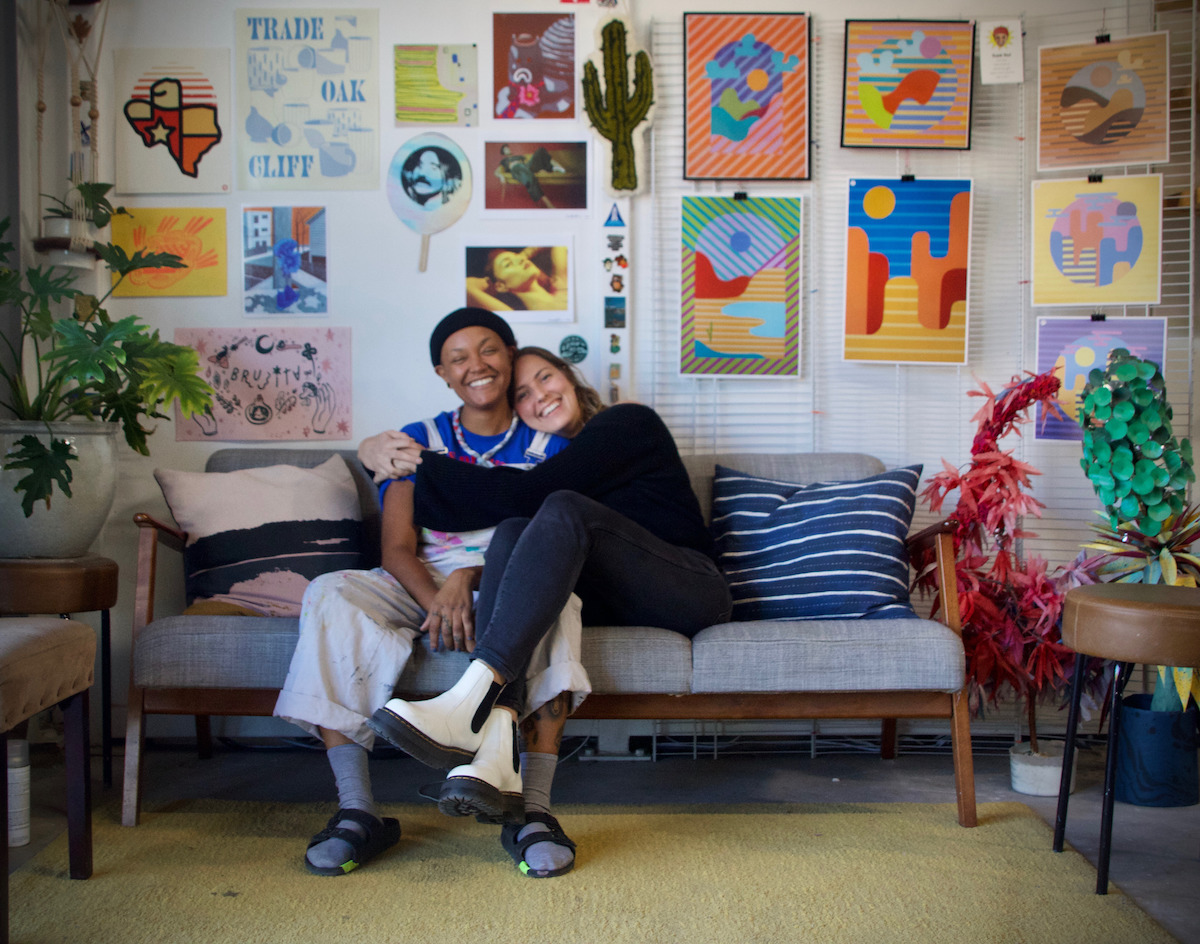 Tucked Away In Oak Cliff Is A Women-Owned Art Studio — Here’s What It’s Doing For The Community And What Makes It One Of Dallas’ Best-Kept Secrets.

Corrie Pocta and Brooke Chaney are two long-time artists who met while teaching the subject in the same Dallas school system.

Pocta, who specializes in ceramics and leatherwork, has retained her career in high school art education for seven years. While she had a great deal of love for her students, she had a dream that went unrealized during the 10 years she lived in Oak Cliff, which was to open a space where the community can see the creation of the art they can buy. During the pandemic, boldly enough, Pocta rallied her artist friends — including her fellow teacher Chaney, a contemporary artist and apparel designer — to find out if this idea was sustainable.

Together, they took a leap of faith, quit their jobs and co-founded the passion project that is Trade, an artist co-op-meets-shop. 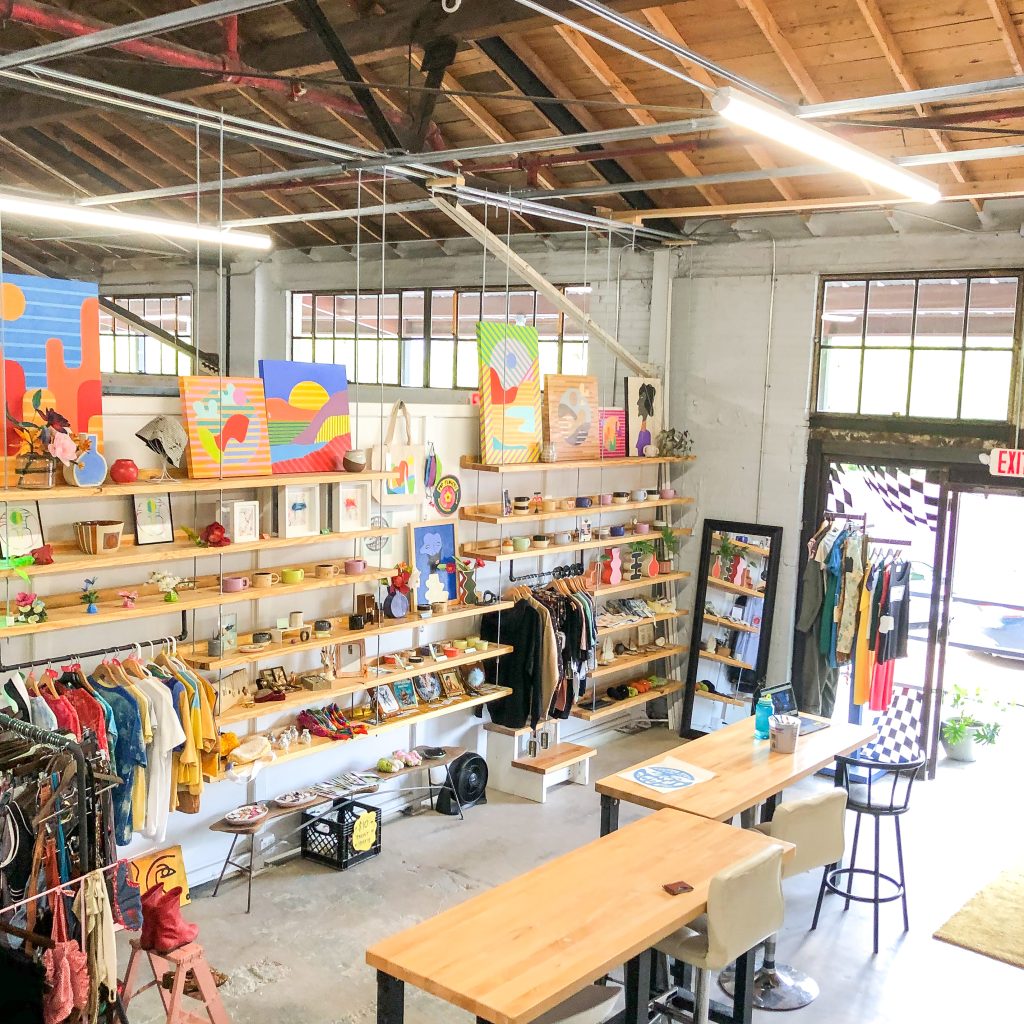 Located at Tyler Station in Oak Cliff, the space serves as a communal space for artists and art-lovers to connect, learn and sell their wares. Half of the area serves as a store with handmade work from local artists including apparel, paintings and ceramics, as well as vintage jewelry and clothing. The rest of the shop is used as a studio for the team behind Trade to work on their creations. It also hosts pottery classes led by Pocta, where people can learn how to make their own mug from scratch. 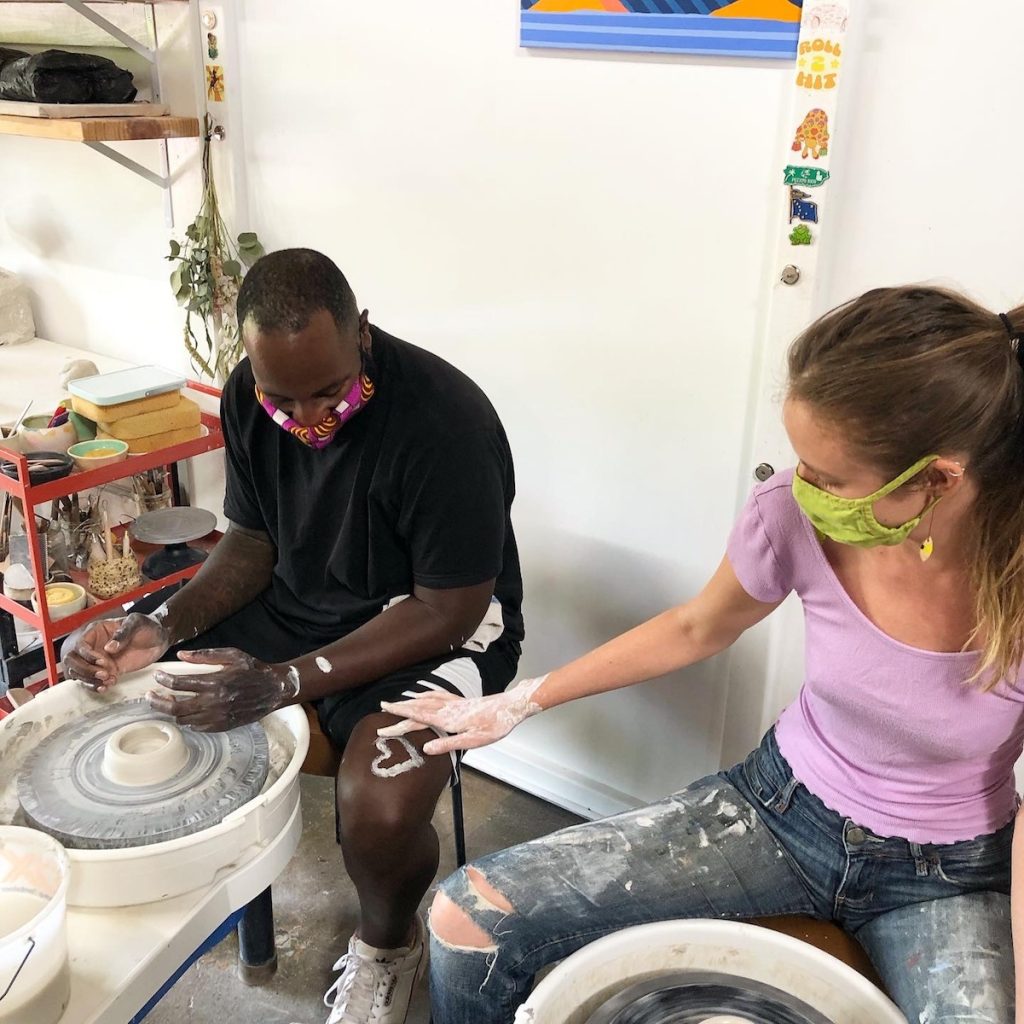 The assembling of the shop was very DIY, as the ladies didn’t take on any investors. Shelves were built, friends helped out, furniture was paid for out of pocket and the filing of taxes was a learning-experience. All a big undertaking, but one that meant they were able to say exactly what they wanted with their brand, which is essentially that artists deserve an avenue to connect with each other and with the community.

Another thing in Trade’s repertoire is hosting markets. Local vendors are able to bring in their own items to sell under Trade’s roof. The creator-straight-to-customer pipeline means that artists get direct support, which not only keeps prices low, but connects them to their buyers.  It gives Dallas artists opportunities to make a living wage and be compensated for their labor.

“People can come in and know that a human being in their community made everthing,” Pocta says, “and that’s very special.”

There’s also something to be said about a small business that is women-run, with half of those women being women of color and primarily queer-identifying. Pocta says it’s not something they’re necessarily putting out in the forefront, but it’s admirable that a group of people whose identities automatically set them at a disadvantage have been able to follow the scent of their passion and succeed. In addition to Pocta and Chaney, there are four other women who make up the core of Trade: Little Help Vintage, Molly Sydnor, Charli Miranda and Niki Dionne.

“The biggest part for me has been having a space for creating a community and meeting neighbors.” Chaney says, “It’s great to have friends who will come by every Friday when I’m here and just hang out.” 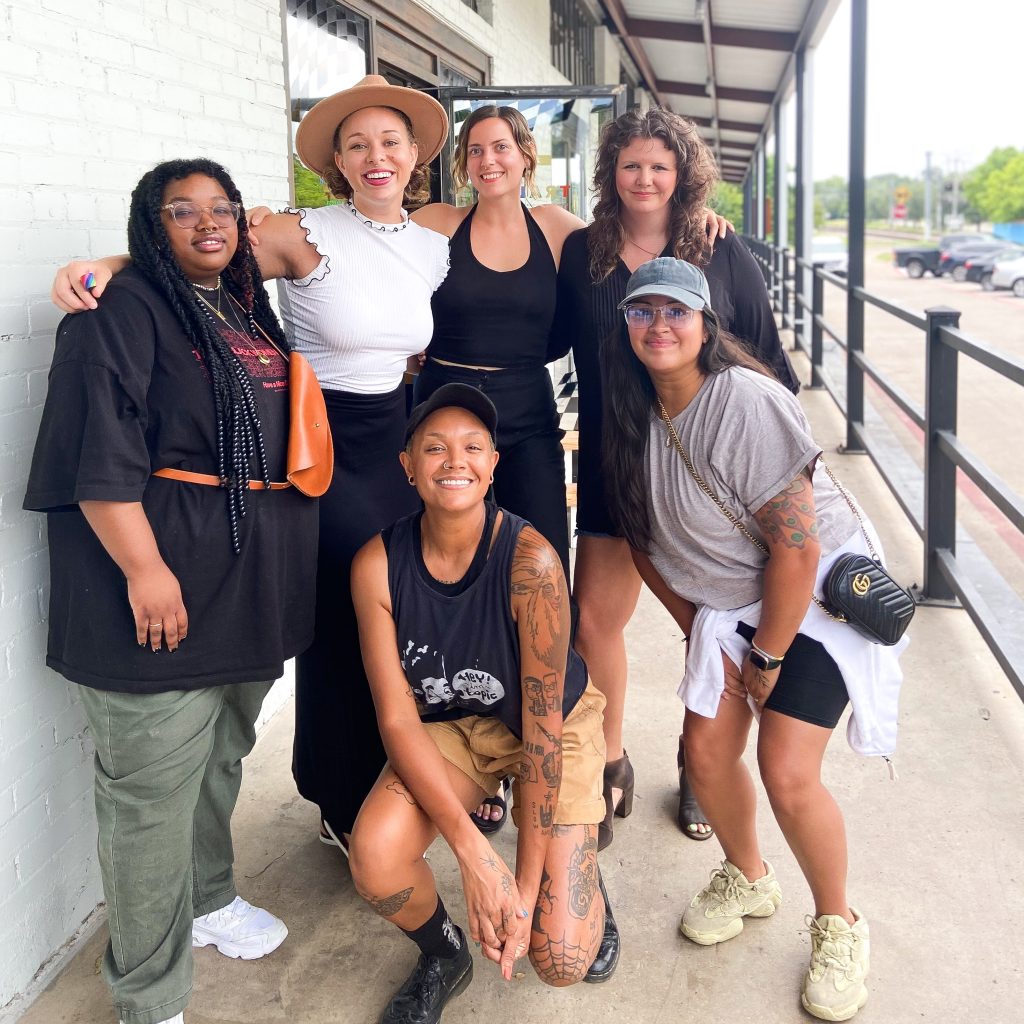 The shop has been open for a little over a year now, and Chaney says it’s really about refining the things they’ve laid down going forward. They plan to expand their options of classes, possibly adding in painting, knitting and fibers workshops, and to put on more markets that will amplify marginalized voices, like their Juneteenth market from this past summer which featured all-Black vendors.

They would also like to become a resource for other small business owners in the future, utilizing what they’ve learned about building a business — like those pesky taxes and paperwork — and showing others the ropes, which will in turn benefit Oak Cliff immensely. All in all, it’s an opportunity to grow a space in which Dallasites can learn new skills and show support to their fellow neighbors.

“I feel like you and I are like that Twilight scene where they’re running through the forest.” Pocta says to her business partner with a laugh, “And they’re going at this insane speed but-”

“They’re slow as shit?” Chaney says, finishing the sentence, “We always feel like we’re not making progress, but then everybody else looks at us from the outside and are like ‘yeah, they’re going really fast.'” 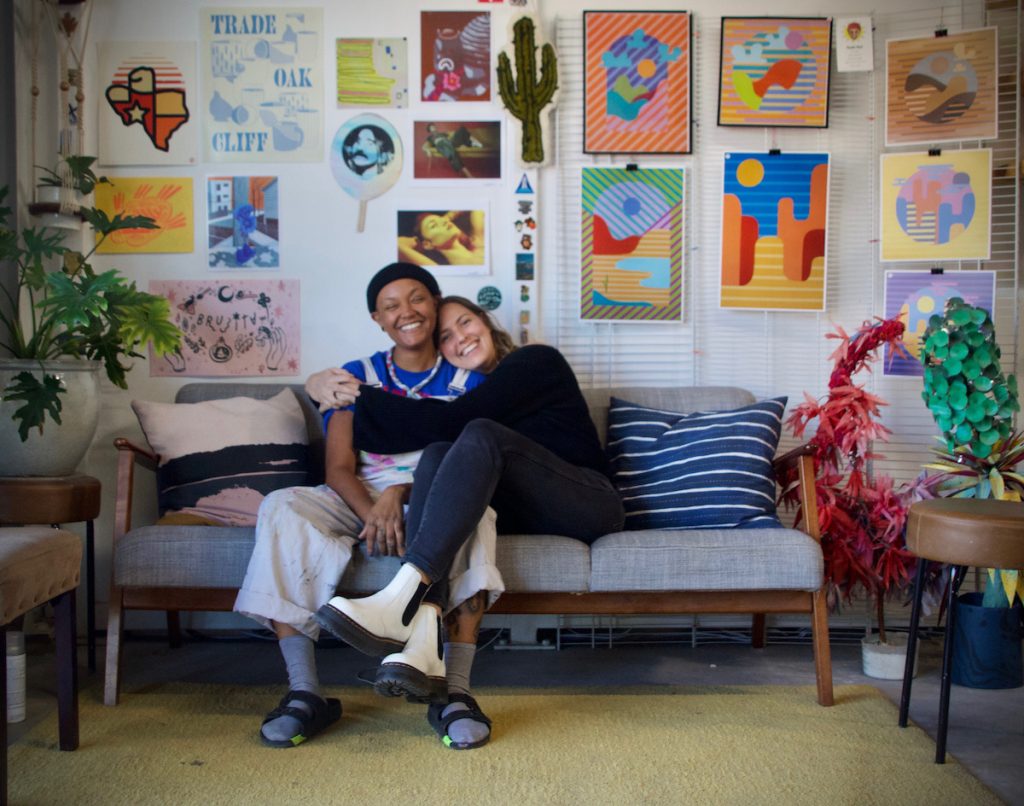