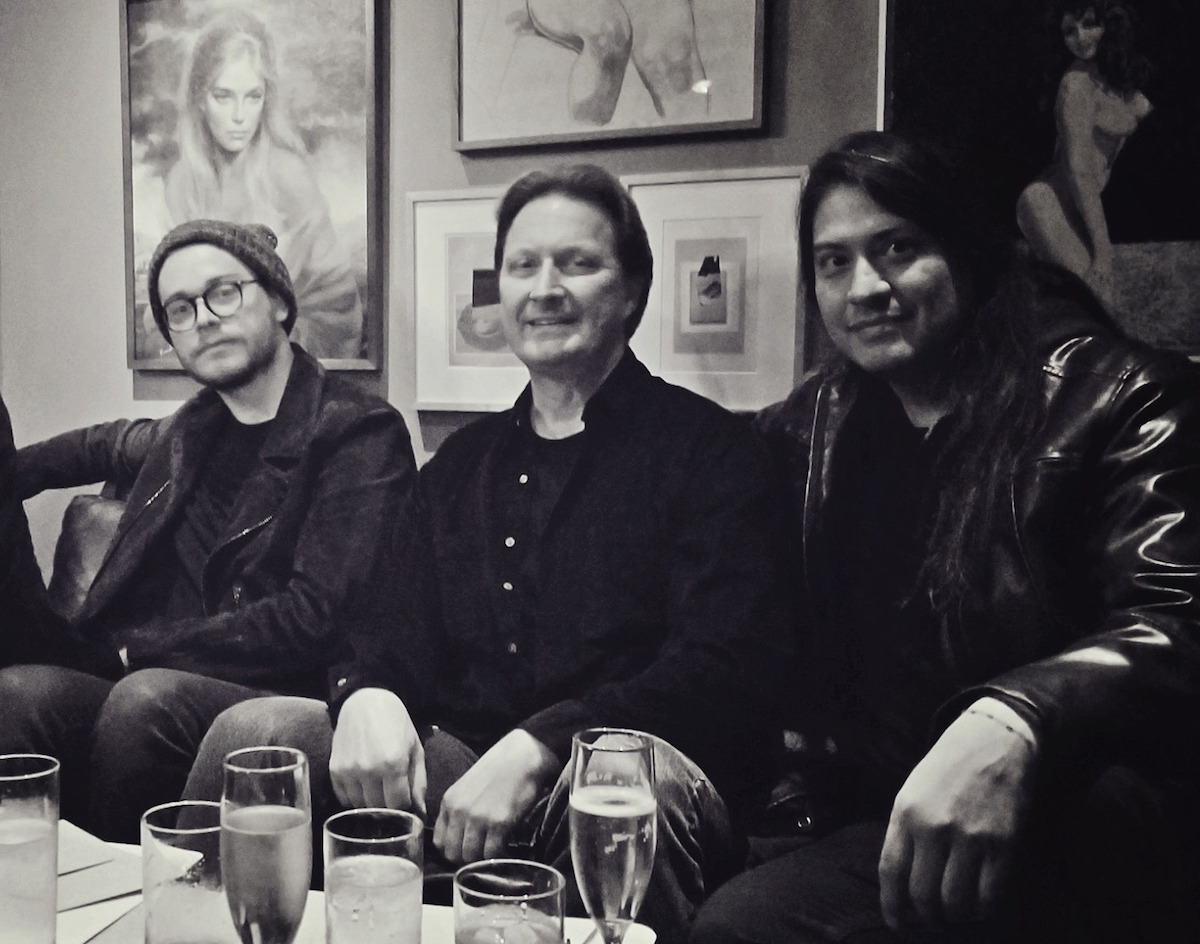 The Man Behind The Dallas-Based Music Label Talks Idol’s History, Challenges and Future — And The Xmas Compilation Album, Just In Time For the Holidays.

For almost 30 years, Erv Karwelis has run Idol Records amidst a lot of trends in the music industry. Printing up 7-inch singles and CDs for local and regional acts began while he worked with Sony Music. That experience led to his very own record company becoming one of the most beloved local labels around here.

With classics by Chomsky, Deathray Davies and [DARYL] in their back catalog, Idol continues to release acclaimed albums from such acts as Lorelei K, Vanessa Peters, Aztec Milk Temple, Secrecies and the hotly-anticipated Motorcade LP, See You in the Nothing. And the label has made a name for licensing artists in several commercials and video games over the years.

But it’s this time of year that one of the label’s Christmas compilations, Electric Ornaments, gets the most love. Featuring a smattering of covers and originals by Centro-matic, Slowride, Pinkston, Clumsy and many other contemporaries from the late 1990s, it remains a beloved release 21 years on.

We caught up with Karwelis while he was in between filling orders and answering emails from his home office in Lakewood. We discussed how the label has stayed in business, the challenges from last year, how the great Electric Ornaments came together and what to look forward to in 2022.

Idol has never had a proper office, per se, right?

No, at one point it was a garage. Technically, it’s not in my house. It’s in its own space, although it’s in connection to my house. It’s a pretty good size. Eight hundred square feet of space. A few desks and tons and tons of records.

I’ve been fortunate to do this in this current location for 16 years. Before that, it was in a spare bedroom. It was always home base to some extent.

Do you think in retrospect it was a good idea to keep it in your house?

Um, a little bit. For one, I kept costs down by doing it, and I’d probably be out of business by now if I didn’t. [laughs] For better or for worse, I kinda work around the clock, seven days a week. I’ll jump at 1 or 2 in the morning, wake up, and start doing book-keeping stuff or something like that. I’m a lot more productive having it right here. If we have mail orders come in late at night, I can pack them up and have them ready to go in the morning. It would be nice to have some separation at some point. I don’t regret it, though.

What I’ve found is a healthy attitude about working at home is working in a part of the house I normally don’t spend a lot of time in. When I’m done with work for the day, I don’t go to that area.

Right! I can easily do that. I can shut it off when it’s in its own space.

How long has Idol been in business? You worked at Sony before you started Idol, right?

Yup! I put out the first release in May of 1993. I was still at Sony. In 2000, Sony shut their office down and I decided to go full-time with Idol at that point. Initially, it was more of a hobby, a way to expose bands as an A&R regional source. I was out seven nights a week in those days. I was an artist development manager, dealing with developing artists.

It was a crazy time, too because most of those artists became superstars. Bands playing in Deep Ellum, like Pearl Jam, Oasis, Korn, Rage Against the Machine, Cypress Hill, Public Enemy, Jeff Buckley, Fiona Apple, and then bands on Sony like Sponge and Watershed. I was traveling quite a bit through touring with some of these artists, seeing all sorts of great unsigned bands all over the place.

When you describe your workspace, there are all these CDs and records. Are there certain releases that you think — even after all these years — are a letdown that more people didn’t get into? For instance, Clumsy? Do you have constant reminders of that?

Yeah! In most cases, I think they all should have done better than they did. [laughs] Neither I or the band is happy with how something did, no matter how successful it is. There are definitely plenty of bands that I think should have been way better. For whatever reason, they were ignored by the media. I’ve seen it both ways. I’ve had tons of artists who were total media darlings that were overkilled with press and radio. Other bands that were every bit as good, if not better — I have no idea why — almost got ignored.

I think we get amazed by a band like American Football, where their sole LP was admired when it was released in 1999. Then a younger generation made them into something bigger after they broke up. And when the vinyl reissue of the album went up for sale, their label’s webstore crashed for a few days. We’re attracted to the idea of a sleeper getting widespread praise someday, and every indie label would love to have that kind of story. But it doesn’t happen as much as you’d think. Do you agree?

I do. For sure. It’s weird how some connect to something and sometimes they won’t. It’s hard to figure out what it takes to get this music in front of the right people. I’m ultimately a fan of a band getting out there and playing live. That’s been the way I’ve discovered my favorite music. The majority of the stuff isn’t commercial enough for it to be on Top 40 radio or something. Obviously, that requires tons of money to back.

I’m always seeing the ones who did the best. As long as I’ve been doing this, it always correlates with how much they’re playing. That seems to be the most effective way to win these fans and things like that.

With Electric Ornaments, there’s something about the songs on that comp that 21 years after it came out, it remains a great compilation. Can you walk me through what inspired you to put a Christmas compilation out? How did it come together and why does it still connect with people?

I used to work in retail and loved to collect music. At some point, I started collecting Christmas music. Every year I would break them out and it was fun. I started putting the bug out to all the bands I worked with. I asked if they had some Christmas songs while we were making some of the records we were making.

Finally, a couple of bands got them done. It took about a year and a half. I wanted to put it out the year prior. [laughs] We recorded half of those songs in the middle of August here in Texas while it was 100 degrees outside.

I worked some deals with a couple of studios like, Last Beat. They gave me a good day rate. Matt Pence up in Denton. We put up a Christmas tree at Last Beat in the middle of July and August.

I was getting approached by all kinds of people wanting to be a part of it. We kept knocking those songs out. We put it out in 2000 [with] a big release show.

Every year it seems to have a new life. There have been a couple of songs that have been licensed to TV shows and movies. Radio stations all over the world randomly hit me up every single year and I send them a copy if I could. I’ll notice a band’s best-selling or streaming song is a Christmas song during December.

This year saw new singles from Aztec Milk Temple and Lorelai K. I think the next big release is the new Motorcade record. In general, how would you sum up this year, and what do you look forward to next year?

This year, it was getting things rolling again. This whole pandemic killed everything for touring and bands being able to play live. Amazingly, [Idol] did OK. We put out the Vanessa Peters’ Modern Age album early in the year. She spends a lot of time in Europe than in the US. That did pretty good.

We did some singles from Aztec Milk Temple and Secrecies. We put out the single “Slip” by Motorcade a few months ago. The album is off at the manufacturer right now. We hoped to have it out two months ago. We’re expecting to have it for a February release.