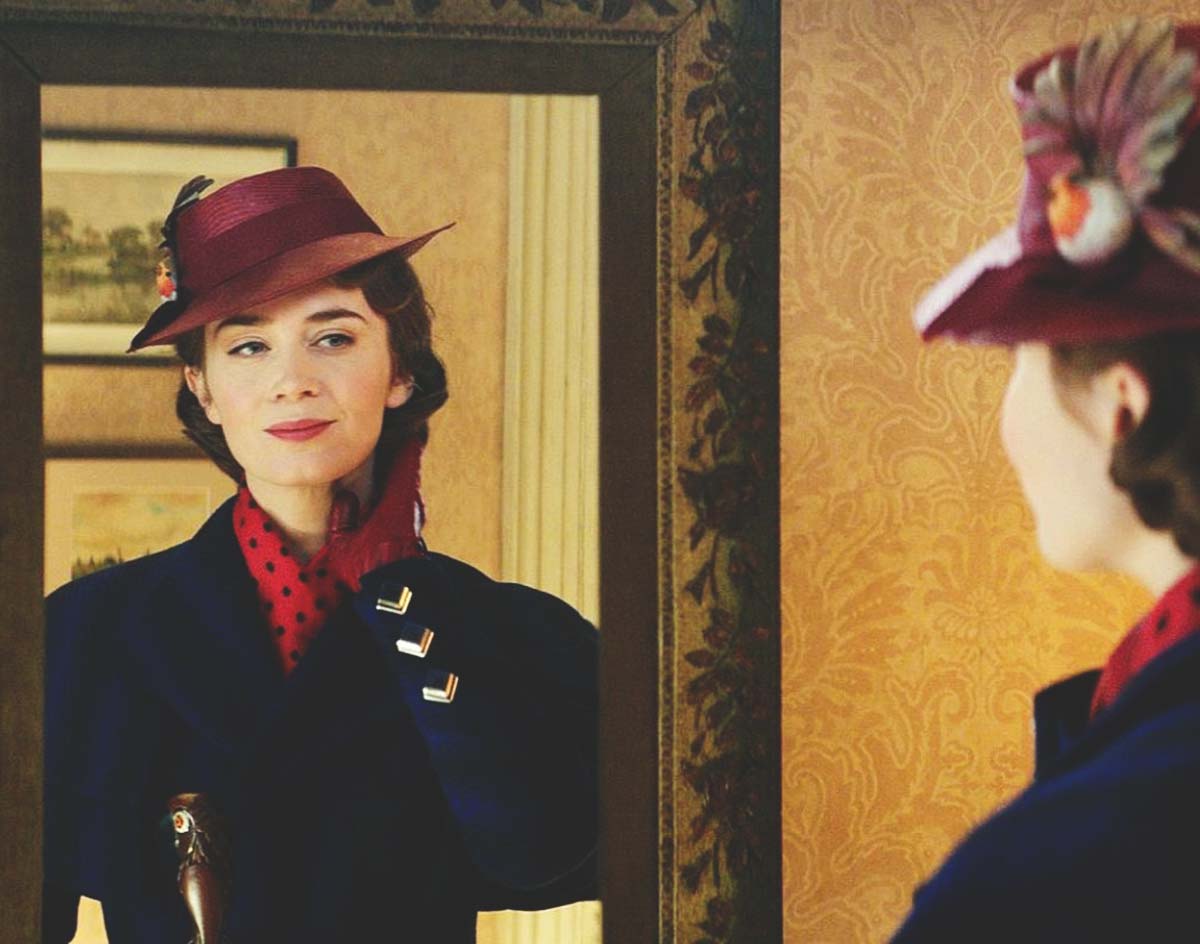 Built Around A Stellar Emily Blunt Effort, The Charming Mary Poppins Returns Is Solid Enough, Even Though The Sound Of It Is Something Quite Atrocious.

Mary Poppins Returns will feel familiar to any adult.

It’s the feeling of a fleeting memory from decades ago, born from vague emotion, distorted through time and made into something palatable. By basically copying the structure of the original 1964 film that popularized the Mary Poppins character and expanding on its themes of childhood wonder, director Rob Marshall has turned Mary Poppins Returns into the essence of nostalgia itself. It’s safe, familiar and its feels good in the moment, if a little empty at times.

Picking up 20 years after the original movie, Mary Poppins Returns finds the titular nanny arriving back in London, ready to take care of another generation of Banks children this time around.

In this telling, we follow a grown-up version of the original film’s Michael Banks (Ben Whishaw), and his kids Anabel (Pixie Davies) , John (Nathanael Saleh) and Georgie (Joel Dawson), who’ve been having a tough time ever since their mother died. Michael, now an aspiring artist who pays his bills as a bank teller, is struggling to keep things afloat. His sister Jane (Emily Mortimer) helps as much as she can as between political protests, but even with a live-in maid named Ellen (Julie Walters) in the Banks’ employ, it’s still up to Mary Poppins to teach the magic of imagination to the kids as the older Banks siblings try to keep their home from being foreclosed.

Anyone who grew up watching the original Julie Andrews joint will feel instantly at home in this world. The opening credits, as you might expect, are fancy oil paintings shown over a fancy, orchestral score. The Banks family still lives in the same house on Cherry Tree Lane, too. And there’s still wacky neighbors like Admiral Boom and his ship-shaped house. We even have a band of very useful lamplighters — led by a charmer named Jack (Lin-Manuel Miranda) — filling in the chimney sweeper roles from the original.

Her quest to take care of the kids feels like something we’ve seen before, too: Mary takes the Banks children to a magical cartoon world; she teaches them about lengthy, made-up words and doing your chores; she introduces them to her kooky relative Topsy (Meryl Streep); and she takes them to visit their dad’s place of employment.

Carefully marketed as a sequel instead of a reboot, Mary Poppins Returns is, in many ways, both of these things.

At the center of this is Emily Blunt’s Mary Poppins. She’s an absolute delight in the role, with her mannerisms and body language helping her disappear into the character. She’s not Emily Blunt playing Mary Poppins here; she is Mary Poppins.

Wishaw does a lot of showy acting in this movie, too, shining through with one heartbreaking scene in particular. The kid actors also all turn in solid performances. Miranda’s one-dimensional effort, for what it’s worth, is probably the worst performance of the film.

In the end, it’s a brightly colored, charming and uplifting film that’s easy to enjoy. But Mary Poppins Returns fails in the same way the character apparently did with the grown-up Banks children, who remember their fantastical adventures with her but ultimately chalk those memories up to childhood whimsy.