Look At These Fucking Milkshakes. 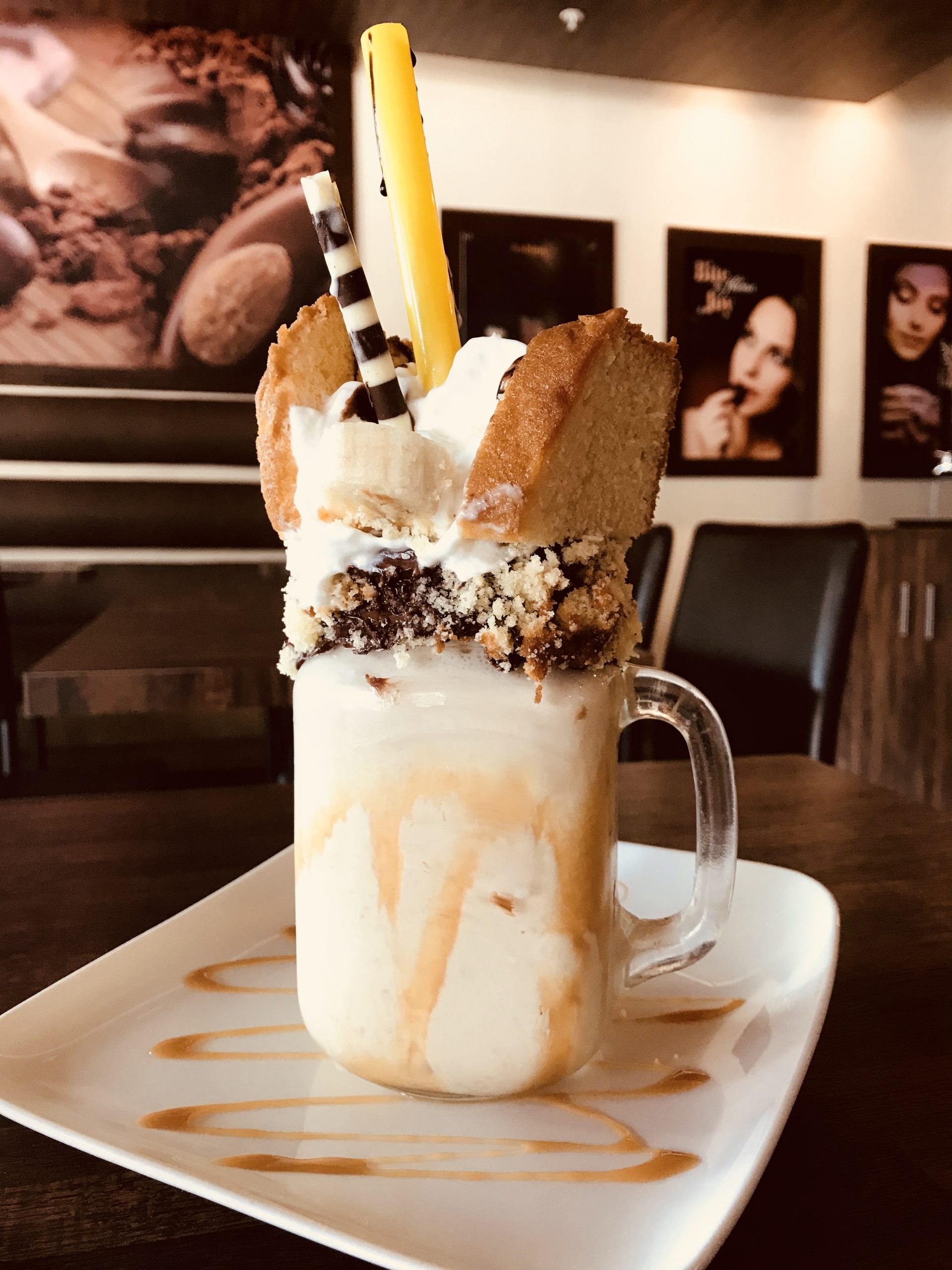 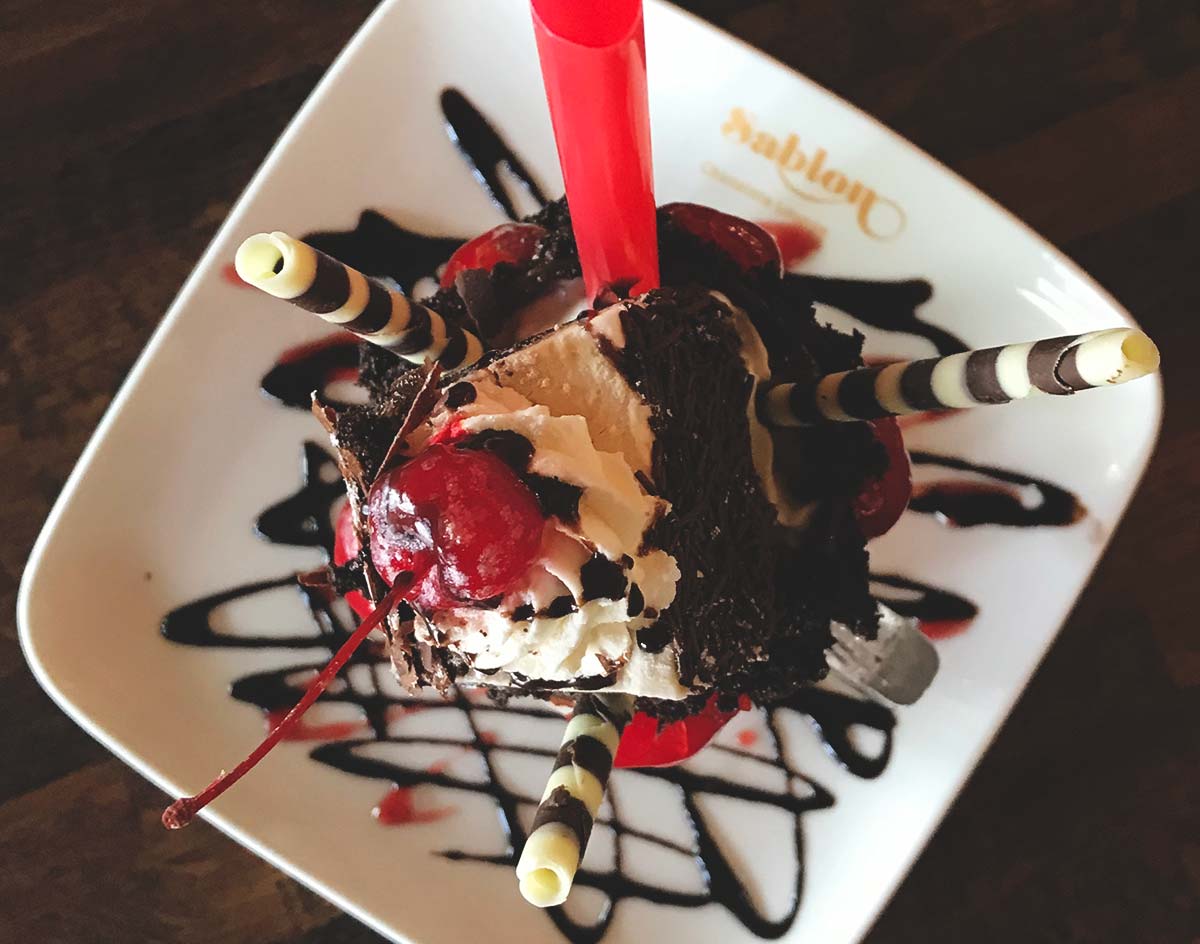 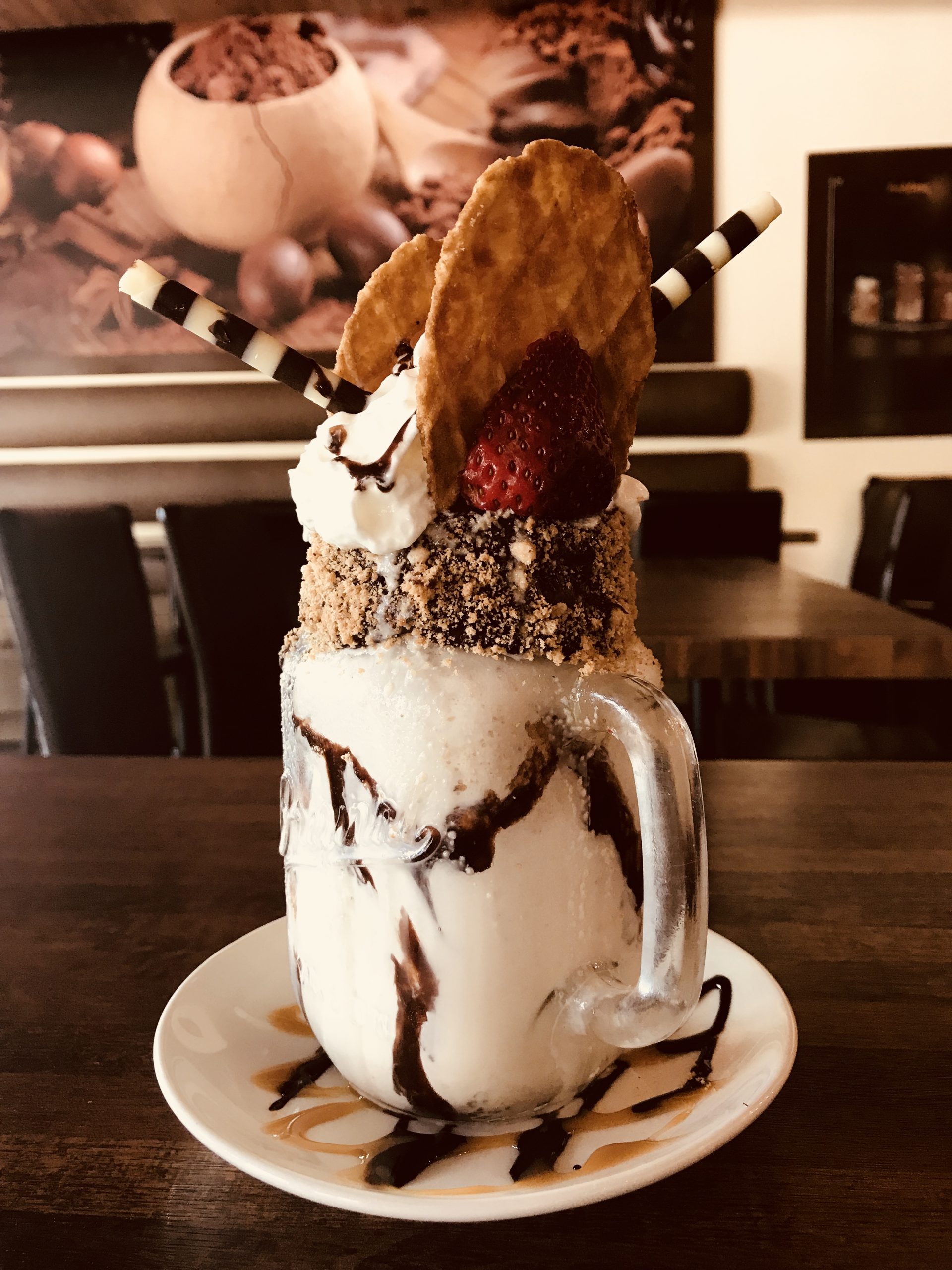 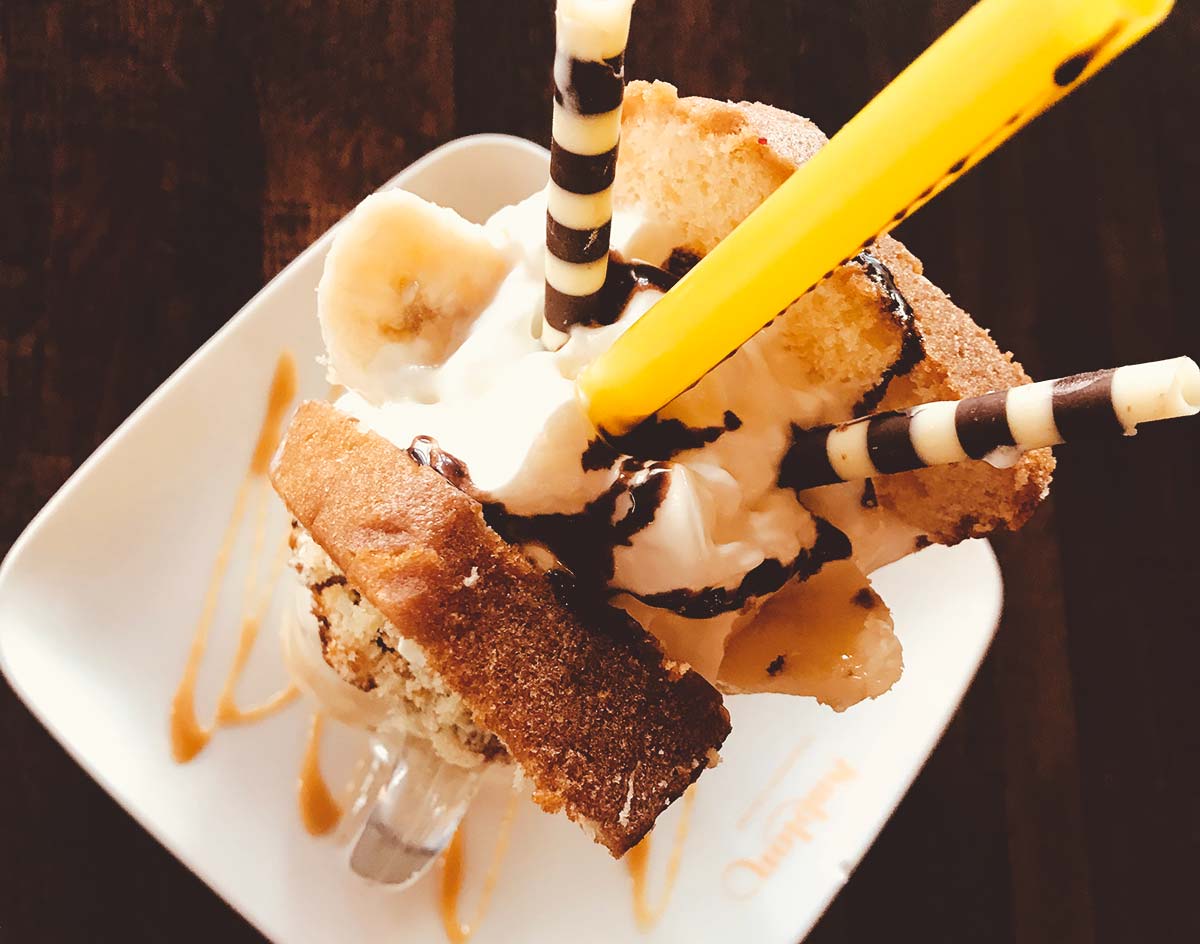 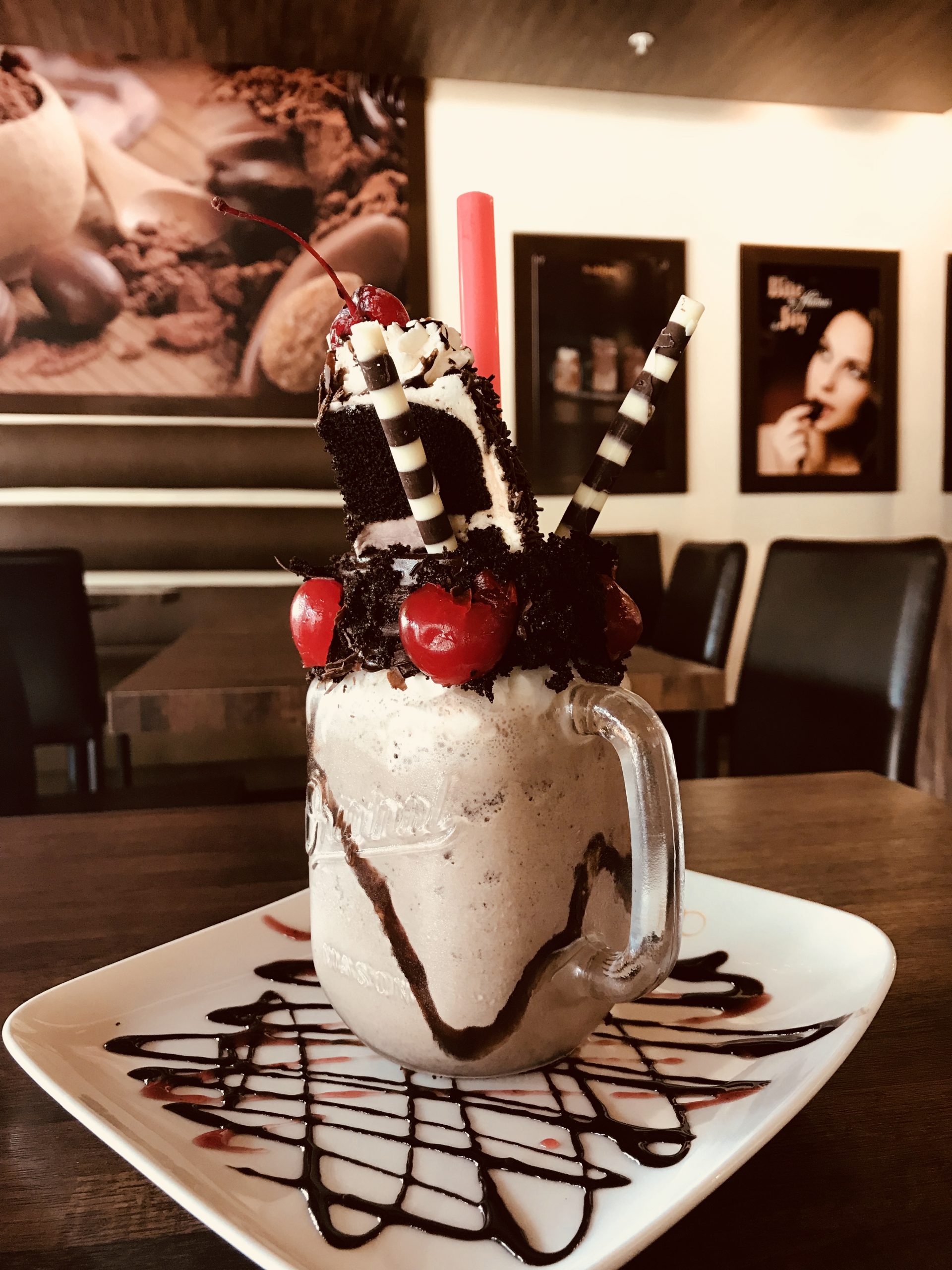 Over By West Village In Uptown, Sablon Chocolate Lounge Shakes Up Three New Decadent And Over-The-Top Creations Just In Time For Summer.

Sablon Chocolate Lounge, located just outside of the West Village area of Uptown, is exactly what you’d hope it would be — a chocolate shop with a bit of a lounge vibe mixed in.

But it’s more than just that, really. It’s also a cake store. And a fondue paradise. And a casual lunch spot. And the perfect location for your next major bout of cheat day eats… because, well, milkshakes.

At Sablon, they’ve had a solid lineup of Instagram-worthy milkshakes since first opening their doors in 2016. But now that the Early Summer Swelter™ has hit and folks are ignoring Bikini Season™ in favor of consuming Anything To Help Keep Cool™,  the shop figured it was time to break out some new shakes.

Really, Sablon’s so-called “Summer Shake-Up” series is less a revamp of the menu than just a perfection of the spot’s already-in-place roster of decadent, over-the-top shakes that may take a while to make, but are well worth the wait. Each shake starts with hot fudge-lined mason jar-style vessels filled with a combination of bright vanilla or rich chocolate ice cream blended with milk — “special recipes made specifically for Sablon that can’t be found or copied anywhere else,” ownership promises.

Along with standard whipped cream and cherry additions, where things go from there depends entirely on your order: Two pieces of vanilla pound cake, caramel sauce and banana slices top the Sweet Banana Pie Shake; chocolate cake crumbs go on the Black Forest Cake Shake, as does a whole damn slice of the shake’s namesake; and blessed sugar-coated waffles and massive strawberries share equal billing atop the Waffle Shake.

Of course, if all goes according to plan, these three offerings are just the start. Per the staff at Sablon, the shop is gearing up to release three new flavors as part of this “Summer Shake-Up” series later this month.

As for us? Well, we’re looking for ways to order more than one of these at a time without looking like a glutton. 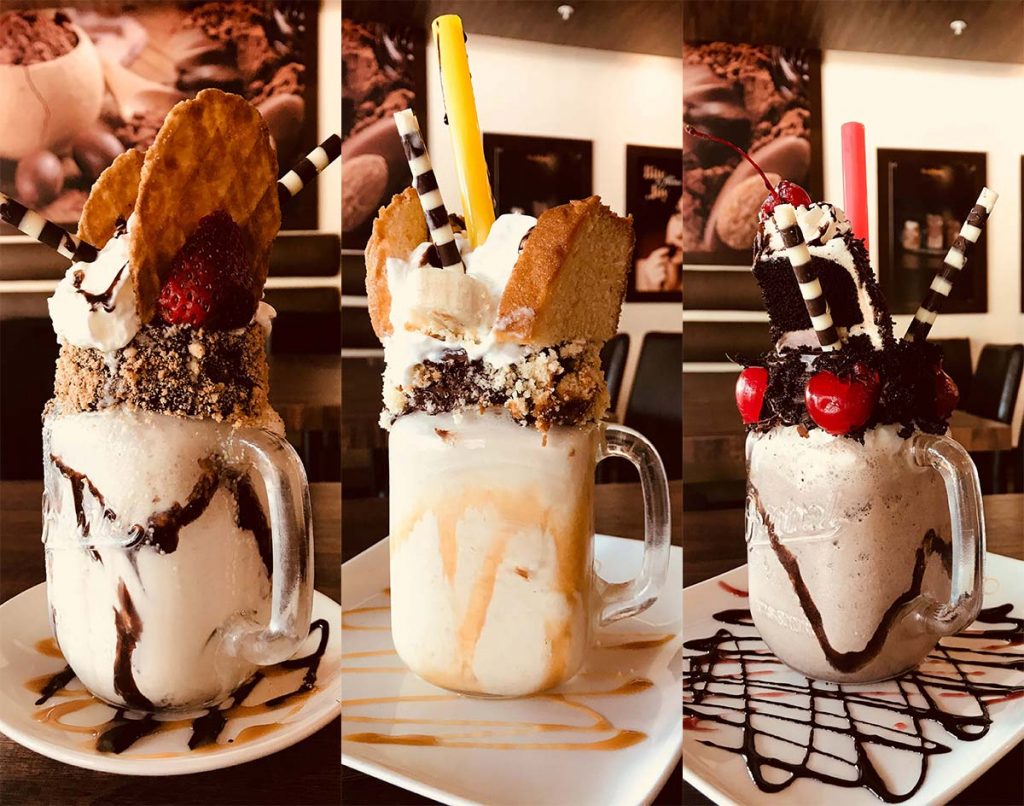