Alicia Vikander Is Too Good For Tomb Raider. 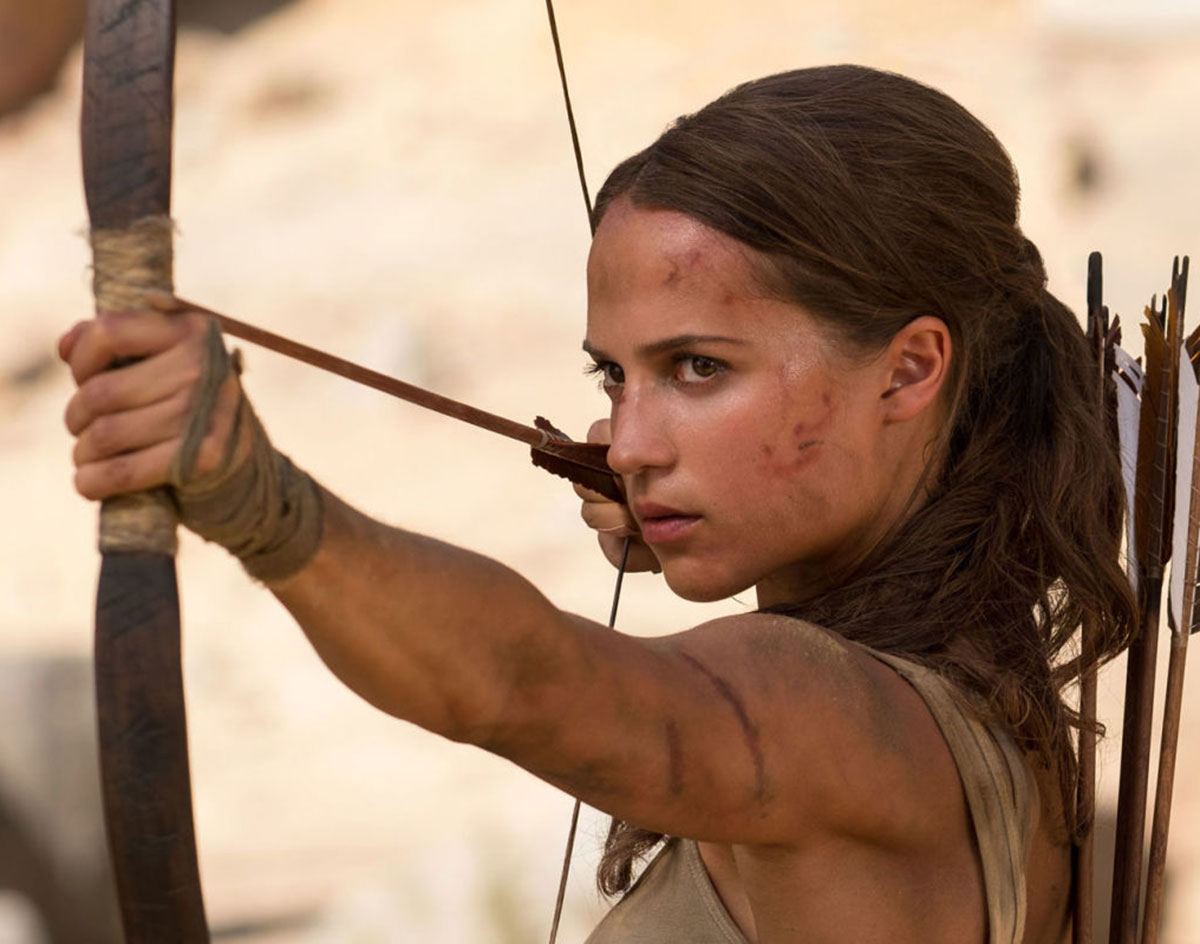 The Oscar-Winning Actress Brings More Heft Than Necessary To Lara Croft, But She Still Can’t Save It From Being A Forgettable Effort Best Saved For Cable.

Her hands are still tied as she escapes her captors and dodges the bullets they’re firing at her with semi-automatics. With nowhere else to turn, she jumps off a cliff into a raging river — and almost goes over a waterfall that rises several hundred feet above its landing area below. Fortunately, she is able to catch herself on an old, rusty plane that is dangling precariously on the edge of the waterfall.

She pulls herself up onto the wing, but her weight is too much for it to bear. It breaks off of the airplane and careens down the waterfall — but not before she manages to jump off of the win and into the body of the plane.

Her troubles, however, aren’t finished. Now the plane is shifting under her weight and it too is about to fall. But, by this point, she’s freed herself from the ropes on her hands, and she’s able to grab an old parachute. And as the plane begins falling, she opens the ‘chute and jumps — only to find out that there are holes in it.

Still, she manages to miss a few trees and several branches on the way down through the forest below. She lands roughly, but all she has to show for it is a stick in her abdomen.

If that sounds like a video game to you, well, it isn’t. But, perhaps fittingly, it is an actual scene featuring Lara Croft from the new Tomb Raider film.

Should our heroine have died in this scene? Yes! Multiple times! Perhaps the biggest of the many flaws of Tomb Raider is that it forgets that it’s not a video game, but a movie — one where there should be consequences. Alas, in Tomb Raider, our lead finds her way out of trouble every time.

But is it a bad film? Not necessarily. It’s just very generic. There’s nothing new or inventive about it. It’s just another action movie based on a video game. Its plot is predictable, its side characters are flat, its action is silly and not even casting the great Walton Groggins as the antagonist can save it.

Credit, though, to Alicia Vikander, who keeps the proceedings from being a complete snore by making her take on Lara Croft a compelling one. Tackling the character’s origin story — about a directionless and angsty twentysomething in search of her missing adventurer of a father — Vikander gives some real gravitas to Croft, who comes off unsure about her place in her family’s legacy and not wanting to disappoint her father. A Best Supporting Actress winner at 2015 Oscars for her work in The Danish Girl, Vikander does what she can, bringing thought and emotion to Croft’s actions despite a script that is otherwise paper thin and predictable.

And because — also predictably — Hollywood is no longer satisfied releasing standalone films with solid, satisfying arcs, this film rather obviously leaves questions unanswered so they can be resolved in future releases, meaning there could be more from where this underwhelming film came from down the line.

It’s just, well, lackluster films with forgettable stories aren’t made to be consumed as trilogies. They’re meant to be shown on cable, which is where we’d recommend you watching this one, if anywhere at all.