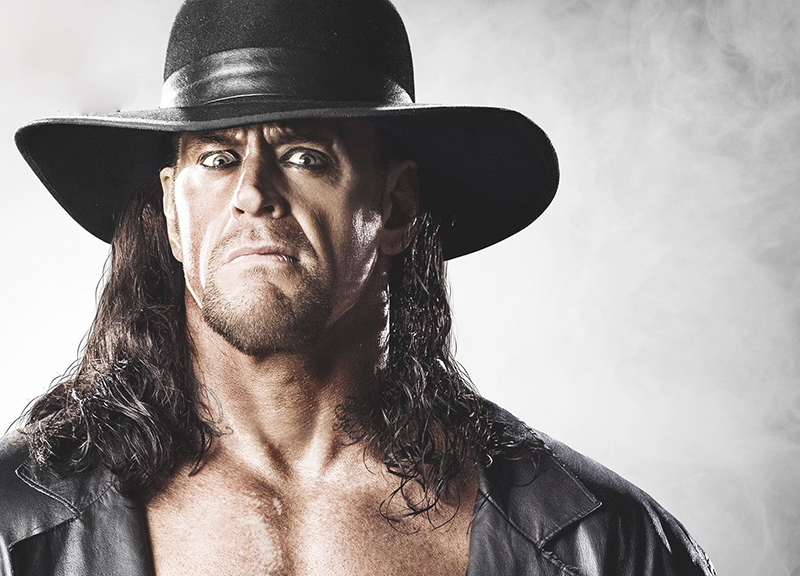 How To Stop Worrying and Learn To Love the Powerbomb.

So: Wrestlemania 32 is coming to AT&T Stadium in Arlington on April 3.

Considering this fact — that the biggest event in all of professional wrestling is happening in our backyard — it seems like now is the perfect time for local non-fans to catch up with WWE programming.

Granted, it’s not the easiest position to take. Every time I tell someone that I like wrestling, I feel like I’m entering a conversational trust-fall exercise. In the space between my admission and their reaction, I’m totally vulnerable. If I’m lucky, I’m talking to another fan, or at least someone who has a neutral reaction. But there’s always a strong possibility that someone will recoil just enough to let me crash to the floor. Their eyebrows furrow in disbelief or their nose crinkles in mild revulsion. “Oh,” they’ll say as they desperately seek a change of subject.

And, of course, there’s that dreaded and inescapable refrain: “You know it’s fake, right?”

See Also:
• WrestleMedia. // The Best Wrestling Social Media Accounts To Follow While Gearing Up For Wrestlemania 32.
• Putting Over. // WWE’S NXT Takeover Wrestlemania Card Has Been Announced, And It Looks Fucking Rad.
• Pins & Needles. // A Whole Bunch of WWE Wrestlers Are Hurt And Probably Out For Wrestlemania 32.
• Going Raw. // Ten Things I Learned While Watching My First-Ever Monday Night Raw.

While computers and comic books have found their way into the zeitgeist, there’s still a lingering stigma around professional wrestling. And that’s unfortunate, because even with a badly depleted roster, WWE has an astonishingly deep pool of talented performers at its disposal. On a given night, you’re liable to see at least one long, intense and supremely athletic contest that would have been reserved for a Pay-Per-View event in earlier eras. And, sure, megastars like The Rock and “Stone Cold” Steve Austin may not lace up their boots any more, but there’s a surplus of exciting talent doing great things these days.

So it’s high time that WWE — and wrestling in general — was given the benefit of the doubt. No, it’s not for everyone. If you’re put off by violence, it’s fair to assume you’ll be disinclined to watch two (or more) people pummel each other senseless for your entertainment. But for the rest of you, it’s time to let go of the snobbery and give it a shot. I’m not saying everyone has to love it, but you shouldn’t react to professional wrestling fans the way six-year-olds react to broccoli.

Sure, sometimes professional wrestling can be as dumb as its detractors insist it is. It’s been around for more than a century, and not everything it’s ever produced is gold. But letting the worst of professional wrestling stop you from experiencing the best would be like never giving Mitch Hedberg a chance, because you hate Larry the Cable Guy.

If I accomplish nothing else here, I hope that I can at least put an end to the condescending “It’s fake!” position. Yes, professional wrestling is fake! If that’s a deal-breaker for you, I’m sorry. But there’s no reason why a fixed outcome should make a match any less compelling. In fact, I would argue that the opposite is true: There’s a guarantee of drama, because someone put the time and attention into ensuring that it’s there. It’s what makes a contest between rivals like Sami Zayn and Kevin Owens so much better than a simple test of their abilities. There’s a story that informs the action, some personal animosity and a compelling side to take.

And there are reasons beyond that, too. In fact, here’s a 1-2-3 count of things that wrestling has going for it.

Phenomenal Athleticism. As the aforementioned recent spate of injuries show, professional wrestling is physically demanding. It’s hard to find anything else that makes such demands of the body, actually. Some wrestlers have even famously continued matches after enduring the sort of injury that would force a football game to come to a screeching halt. Denying the athleticism of wrestling because the outcomes are predetermined would be like refusing to acknowledge the physical skill of professional dancing just because someone taught the dancers their steps before a performance.

Guaranteed Competitive Drama. WWE makes no bones about the fact that it’s in the scripted business. It outright brands itself as “sports entertainment.” What does that mean? Well, imagine that there was a way to ensure that the Super Bowl would be a high-scoring, competitive game every year, that there would be guaranteed tension and that even the biggest underdog could look like a credible threat at some point in a contest. That’s the appeal of professional wrestling in a nutshell. Beyond the colorful characters and crazy athleticism, it’s the promise that every match will be engaging and exciting. Plus, it guarantees that almost any match can also carry real consequences — unlike, say, most baseball games before August.

It Might Already be Secretly Cooler Than You Think. Gillian Jacobs studied at Juilliard and appeared on one of the best modern sitcoms (Community) — and, get this, she’s a fan of Pro Wrestling Guerrilla, a California-based independent professional wrestling company. What does this tell us? Aside from the fact that Gillian Jacobs is awesome, it suggests that professional wrestling might have a cooler fan base than we’re apt to presume. The comedy world seems to have caught on, at least. Ron Funches is into it. One of Jon Stewart’s biggest post-Daily Show appearances was at last year’s SummerSlam where he helped Seth Rollins win a WWE Title match with John Cena. Independent wrestling icon and champion-caliber podcast host Colt Cabana was a guest on Marc Maron’s WTF podcast. And so was wrestler-turned-aspiring MMA competitor CM Punk. Then there’s Sami Zayn, who’s still technically in WWE’s developmental system and was welcomed enthusiastically on Funny or Die’s The Chris Gethard Show. To take it further, the late comedy legend Patrice O’Neal actually worked as a writer for WWE at one point. My point is this: Comedians are required to constantly vivisect the world around them; they refuse to take things at face value, and expose their incisive observations (which are hopefully very funny) to audiences. That pro wrestling passes muster with so many comics is a pretty ringing endorsement.

The above points considered, here’s my radical, take-it-or-leave-it theory on the widespread hesitation to embrace professional wrestling: Its true offense is probably not that it’s fake, or that it’s “dumb,” but that it resists easy classification. Between the costumes, the violence, and the backstage shenanigans, it throws a lot at you. It’s scripted, yeah, but it tries to replicate the dry reality of athletic competition. It’s written off as “fake” because it’s too fundamentally unlike the one thing we can easily connect it to — a sport. So there’s maybe a knee-jerk revulsion happening.

But for people who can appreciate wrestling for what it is, that uniqueness is part of what makes it great. Wrestling accesses the kind of competitive drama that pulls from elements of fiction and legitimate contests, and it does so with an inimitable visual flair.

There’s no better time to find that out for yourself than when wrestling’s biggest show is happening in our town, folks. Hop aboard the train.