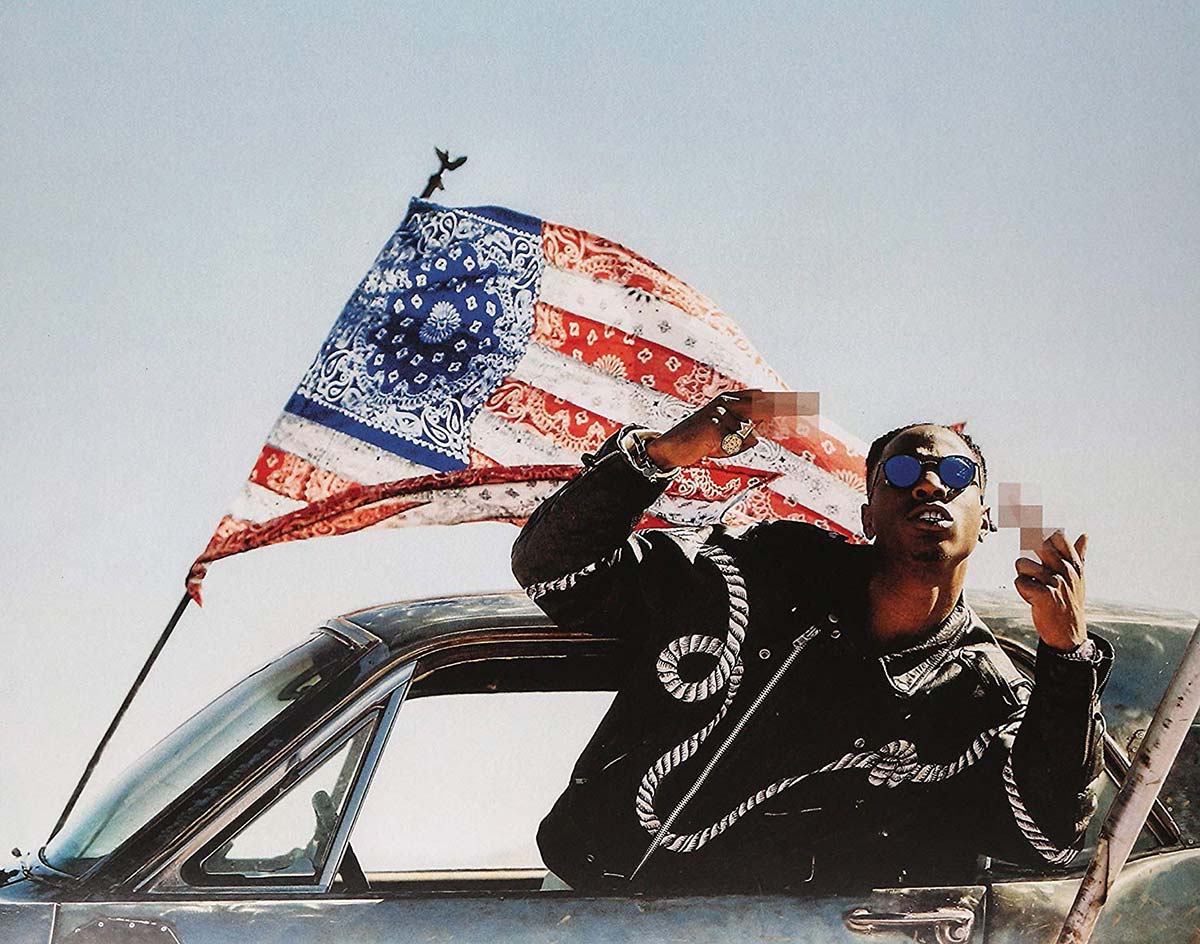 In light of the news surrounding R. Kelly and Michael Jackson, we are going to do a tremendous favor to our readers and not write a think-piece pontificating on whether we can “separate the art from the artist.”

Don’t get me wrong — it’s an important conversation to have.

But every other outlet is already doing it, and it’s not like most of them are offering any unique perspective on the matter. (Hey guys, did you know that David Bowie and John Lennon did some bad things, too??!?!)

So I’m going to spare you, the reader, and not opine on the matter. Well, other than this: I personally think we should hold people accountable for any wrongdoings, regardless of how influential their music is.

Besides, there are plenty of artists that aren’t known to be problematic.

That is, of course, subject to change.

But if you want to come see some artists without feeling guilty about it, then take a gander at this week’s show announcements, all of which feature artists that (to our knowledge) haven’t been accused of misconduct. Yet, anyway. — Garrett Gravley

Charley Crockett
Friday, April 5, and Saturday, April 6 at The Kessler.
On sale now.
Quasi-local country/blues sensation Charley Crockett will be touring for the first time since having open-heart surgery, and will be playing a gig at the Kessler with so much FOMO involved that it’s happening twice. The Relatives open the Friday show, and James Hand opens the Saturday show. — GG

El Conjunto Nuevo Ola
Thursday, April 18, at Ruins
On sale now.
This Los Angeles-via-Mexico sextet’s name translates to “The New Wave Band”, which is an apt description of their sound. They have original cuts, but have also made a name for themselves performing reimagined variations of songs such as “Anarchy in the UK” and “My Sharona”. — GG

Bill Wisener’s 75th Birthday Party
Saturday, April 20, at The Kessler
On sale now.
To celebrate the owner of Bill’s Records turning 75 years old, Kessler artistic director Jeff Liles — who once directed a documentary about Wisener’s shop call The Last Record Store — is throwing this party, which is being built around a performance of Liles’ own reunited Cottonmouth, Texas band, whose set, Liles says, is gong to be designed to tell all “about the history of indie record stores in Dallas.” — Pete Freedman

Vertical Horizon
Friday, April 26, at Cambridge Room
On sale now.
Hey, remember that song “Everything You Want”? These guys wrote that. — PF

Sum 41
Wednesday, May 1, at House of Blues
On sale Friday, March 15, at 10 a.m.
Hey, remember when these guys used a local artist’s work in one of their music videos without asking permission? “Fatlip” still bumps, though. — PF

Helado Negro
Sunday, May 19, at Curtain Club
On sale now.
Helado Negro is the project of Florida songwriter Roberto Carlos Lange, whose sixth full-length LP This Is How You Smile was recently named Best New Music by Pitchfork. After a decade-long career that has included tours with Beirut, Mitski, Chicano Batman, Cuco and Sylvan Esso, Lange is now performing his first Dallas headlining gig. — GG


Listener
Sunday, May 19, at Dada
On sale now.
A few years ago, people really dug post-hardcore music that infused spoken word elements, and as a result, bands like La Dispute and Touche Amore got huge. Listener is sorta in that wheelhouse, too. Joining them on this run will be Birds in Row, who are still fresh off a crusher of a tour with Neurosis and Converge. — GG


AJ Mitchell
Friday, May 24, at Dada.
On sale now.
The 17-year-old AJ Mitchell achieved virality via Instagram and then released his first single “Used to Be” in 2017. He has also worked with Jake Paul, who, despite being white, has been known to say the n-word on YouTube. — GG


Motorcade
Saturday, May 25, at The Kessler
On sale now.
The local band that is too good to be classified as a “supergroup” is making a triumphant return to The Kessler and, to make the occasion even more special, they’re bringing along John Dufilho’s previous band The Deathray Davies to open along with up-and-comers Sub-Sahara. — GG

Insane Clown Posse
Friday, May 31, at Gas Monkey Live!
On sale now.
Get familiar with the local Juggalo rappers we highlighted last month if you’re looking to get hyped for the duo that started it all. — GG


TTNG
Tuesday, June 4, at Dada
On sale now.
The Oxford experimental rock band, and one of the most notorious bands on Sargent House’s roster, returns to Dada this summer. Austin’s The Kraken Quartet opens. — GG

Earth
Wednesday, June 5, at Dada
On sale now.
If you are not familiar with this Seattle metal outfit, they are considered to be pioneers of drone metal, having been influential to other trailblazers of the genre such as Sunn O))) and Boris. They also had a famously tight friendship with Nirvana: Guitarist Dylan Carlson was Kurt Cobain’s roommate and best friend, and unfortunately even purchased the shotgun Cobain used to commit suicide — a subject which Carlson has understandably refused to discuss in interviews. Even without the affiliation with Nirvana, Earth are still pioneers who infused minimalism and drone music into metal, a distinctive interpretation that has earned them status as pioneers in the same vein as Melvins and Godflesh. Helms Alee opens. — GG

Spirit Adrift
Saturday, June 22, at Regal Room
On sale now.
Nate Garrett from Gatecreeper started his new project, Spirit Adrift, in 2015 while going through detox and achieving sobriety. Garrett elaborates further on overcoming these struggles in a Revolver Magazine interview from May 2018. — GG

Built to Spill
Sunday, July 21, at Granada Theater
On sale Friday, March 15, at 11 a.m.
The revered Idaho indie rockers return to their regular Dallas stomping grounds at Granada this summer in celebration of the 20-year anniversary of their wonderful fourth full-length, Keep It Like a Secret. — GG

Stef Chura
Monday, July 22, at Regal Room
On sale now.
Detroit indie rocker Stef Chura announced the upcoming release of her sophomore LP Midnight earlier this year, and brewed some hype around it upon announcing that Will Toledo of Car Seat Headrest would be producing it. Last week, she dropped a new single from the album, “Method Man.” — GG


MC Hammer, Sir-Mix-A-Lot, Kid’N Play, 2 Live Crew and The Funky Bunch
Friday, August 2, at Toyota Music Factory
On sale now.
If you liked the ‘90s nostalgia in Captain Marvel, you might dig this tour package dubbed “Hammer’s House Party” that is trying to remind us of the days when dial-up internet was a luxury. While we’re on this subject, can there please be a ’90s R&B nostalgia tour? That would be dope. — GG

Dirty Heads and 311
Thursday, August 8, at Toyota Music Factory
On sale Friday, March 22, at 10 a.m.
311 Day (March 11) was this past Monday, and to celebrate, the band announced this co-headlining tour with Dirty Heads. — GG


She Past Away
Thursday, December 5, at Dada
On sale now.
Immediately following a sold-out show at the Elysium in Austin that was DJ’d by Dallas’s own Oliver Sheppard, the Turkish post-punk duo makes a DFW debut that is so anticipated that it was announced nine months in advance. — GG