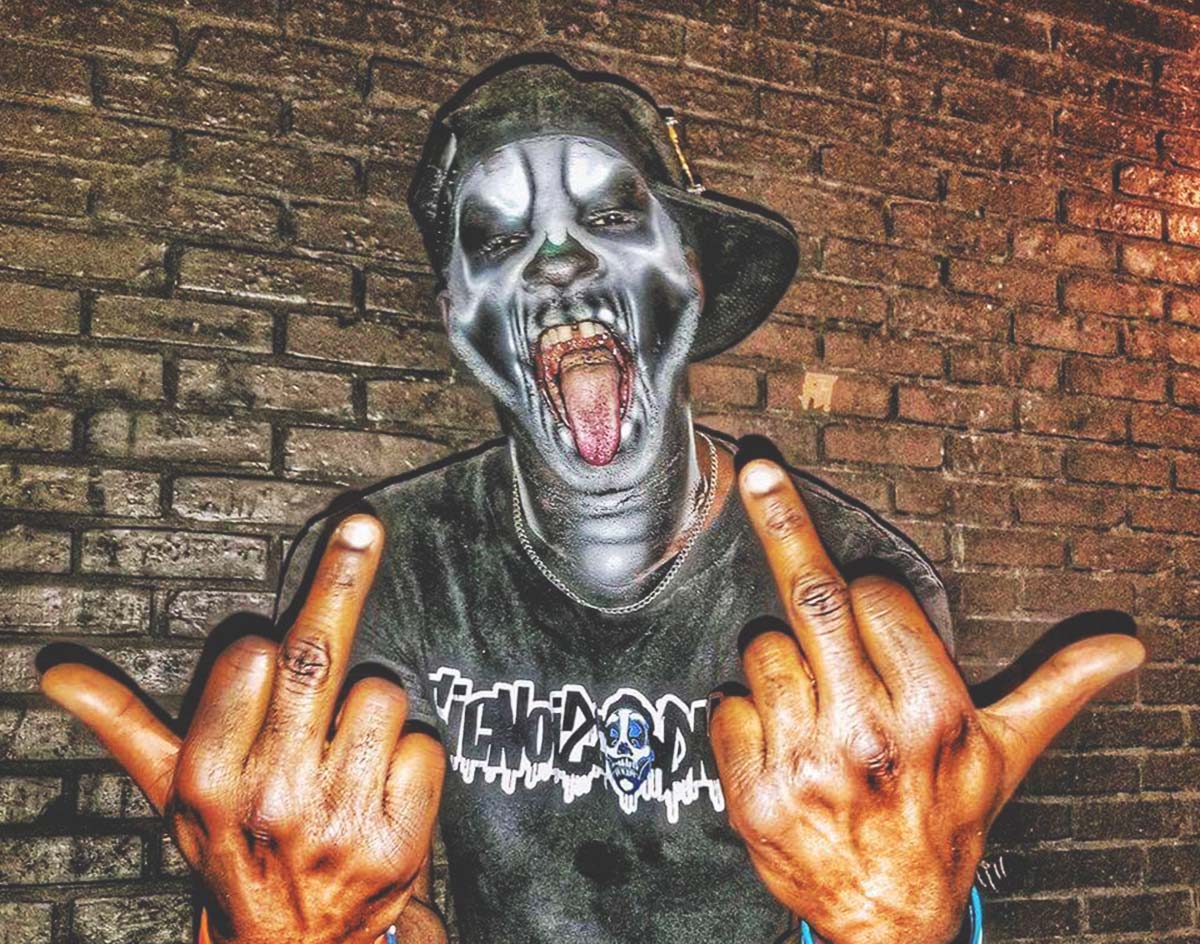 Quit It With The Faygo Jokes And Embrace The Family Already: Five Dallas Juggalo Who Are Turning Heads Spite Of Your Smug Sense Of Superiority.

Wearing clown makeup and listening to acts such as Tech N9ne and Kottonmouth Kings may not grant you expedience in the corporate world. But does it have to render you as dangerous as MS-13 in the eyes of law enforcement?

Look, we get it: Some of you are still ridiculing Juggalos in the Year of Our Lord Two-Thousand and Nineteen. And, to mask the effluvia of your inadequacy, you choose to target people who play Edward Fortyhands with bottles of Faygo, harming literally nobody in the process. Be that as it may, even the snarkiest of all naysayers must concede that the Federal Bureau of Investigation’s classification of Juggalos as a gang in a 2011 gang-intelligence report was unambiguously wrong.

At this point, Juggalos mostly deserve props: Even in the face of these governmental roadblocks, they remain as committed to their subculture as ever.

Take, for instance, Demetrius Parmer, the Arlington-based Juggalo rapper who performs under the stage name Sicnoizednice. In advance of Juggalo pioneer and Insane Clown Posse member Shaggy 2 Dope performing at 2513 Deep Ellum this Wednesday, February 13, Parmer was all too eager to help us take stock of North Texas’ Juggalo rap culture. In his eyes, the state of the local Juggalo scene is quite strong.

He would know: Parmer’s been committed to the Juggalo lifestyle for a while now, having attended his Gathering of the Juggalos festival in 2009, and even performing at that massive draw in 2011. A dedicated fan of ICP for almost two decades now, Parmer says that, while many attributes that drew him to Juggalo culture, the sense of community was one that stood out strongly to him.

“You could be homeless, and somebody could have a mansion with 50 cars, and that person would accept you the same way as if you had a mansion,” Parmer explains. “Any time anybody needs money or any type of help, the family’s always there for them.”

So it’s fitting then, that when we asked Parmer to introduce us to the Juggalo rappers from the region who are really making noise, he chose to highlight five rappers beyond even himself.

That in mind, these are the five area acts from his beloved scene that are most deserving — in his eyes, anyway — of earning attention from outside the Juggalo circle. And, as you’ll see, some of these acts are already well on their way in this regard.

Dallas rapper Claas is part of the Underground Avengers trio along with Bukshot and Boondox, the latter of which is signed to Twiztid’s Majik Ninja Entertainment. As a result, this area trio has frequently toured with that label’s founding horrorcore duo.

A former member of the group Cryptik Mindz, Clinton Thomas Nunley currently performs solo under the stage name Kizzle the Konqueror (or “Kizzle,” for short).

The Fort Worth “outlaw rapper” born Jerry Hammons II has been performing since he was 15-years-old, and over the course of his prolific career, he’s toured and collaborated with the likes of Struggle Jennings. That name sound familiar? It should, as it belongs to country star Waylon’s grandson, who once served 30 percent of a 15-to-30 year prison sentence, thus confirming that “outlaw rap” is an indeed apt description for T-Ryde’s work.

The founder of the label R2 Music Enterprise, the man born Robert W. Mullins II served as the local support for Kottonmouth Kings when they played Trees back in December. He also opened for Lupe Fiasco when he played Gas Monkey Live! back in August 2018.

These frequent collaborators share an affiliation with the label Psychomantium Productions, although Tinman the Anti-Human (aka DJ Anti-Human) dabbles more in electronic music than anyone else on this list, even going as far as infusing elements of chiptune.