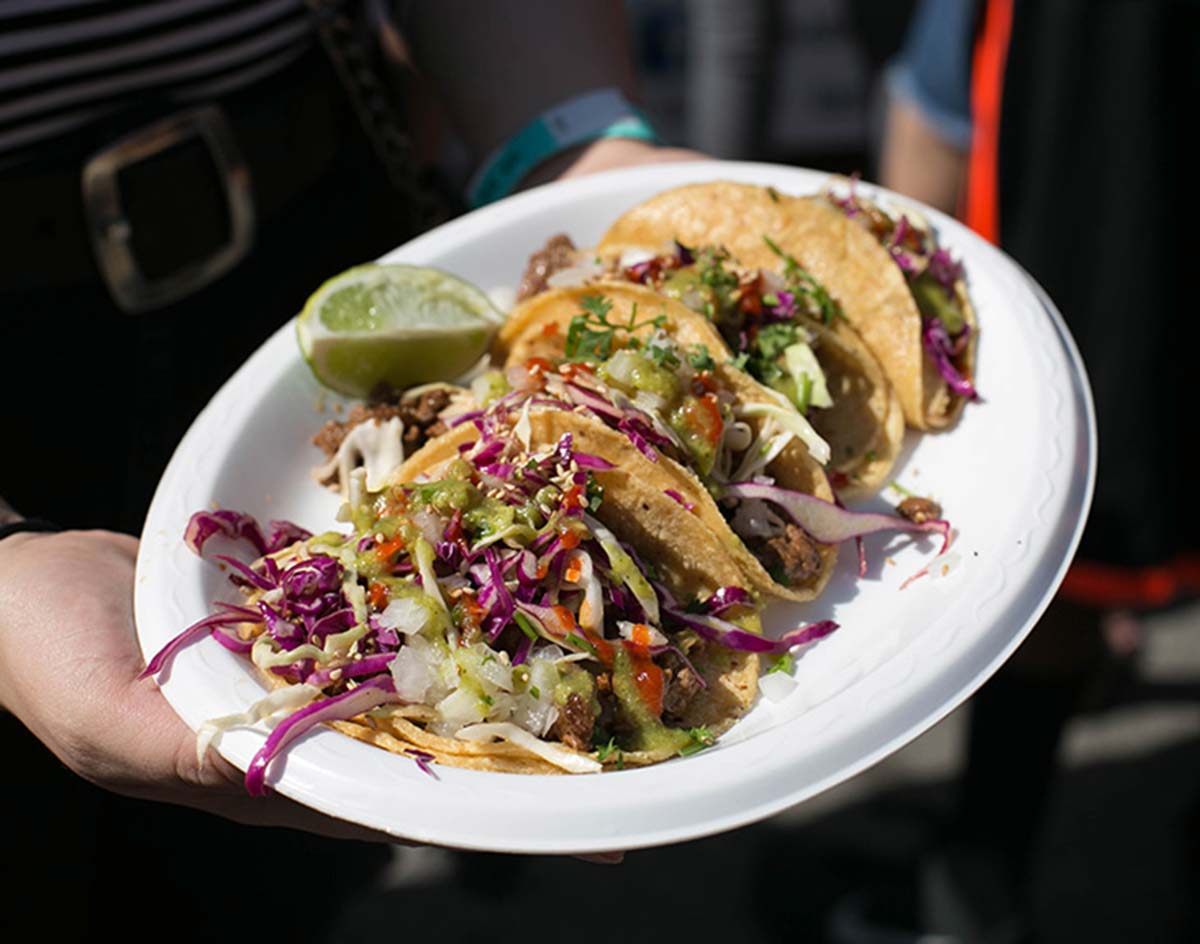 Welcome to The Spread, our weekly feature that aims to share all the area restaurant, food and beverage industry news that’s fit to print. Except, this is the Internet, so space isn’t a concern. Also: Good thing, as this is Dallas and this town always has breaking restaurant news going down like whoa.

Thanks to partnerships with #24hoursoftacos, Taco Trail and Foundation45, tacophiles can now participate in the charitable taco crawl created by man-about-town “Big” Jon Daniel and raise funds for Foundation 45’s arts-focused suicide, addiction and mental health awareness efforts. Teams and individual contestants can choose between the original 48 taqueria stops in 24 hours, or from seven other iterations that include routes for breakfast dining, late-night treks and on-site Taco Libre journeys.

Following route selection and registration, each team or participant is set up with pledge page to collect funds in exchange for each taqueria they visit. A nice additional perk: The cost of registration for the delicious cause includes admission to Taco Libre, although it doesn’t cover the cost of tacos on any route. Registration is currently open, with options for general and VIP admission. Still, less gastronomically adventurous can still pledge without participating.

Moving on to opening news, CultureMap has the beat on a Chicago-based hybrid market coming to Uptown. Foxtrot, opening at 2822 McKinney Avenue, is the concept’s first outpost outside of the Midwest. In addition to market and cafe fare, Foxtrot features an on-demand delivery service, and will host events to explore local and national products and makers. The concept will also partner with Oak Cliff Coffee as its local roaster for the coffee bar. The first Metroplex location is set to open summer 2019, with two more unnamed locations slated to hit by the end of the year.

Also in Uptown: Eater reports that another East Coast export is bringing the beach to the neighborhood. The New York-based venture Circo is opening its adjacent lounge concept Circo Beach at the end of this month. While it won’t be an actual beach, as the name suggests, the spot will boast features such as spa services, cocktails and a glass-bottomed pool, among other over-the-top elements. The opulence seems to be a much-needed addition to the main concept after lackluster food reviews from area critics. Look for Circo Beach’s debut on Saturday, March 30.

Over in Victory Park, Eater shares that newcomer Jinya Ramen Bar is bringing unlimited ramen options to the city. The Tokyo-based chain offers a variety of choices with 13 signature bowls and five kinds of broth alongside various noodles and toppings. The menu also includes a selection of small, shareable plates, as well as vegan and vegetarian options for the meatless sect. An opening is expected later this month.

Speaking of noodles: Khao Noodle Shop has been deemed one of Texas’ best new restaurants by the Dallas Observer, which raved about the East Dallas Laotian spot in a recent review, noting the historical relevance of the neighborhood’s huddle Laotian community. The streamlined menu offers an affordable, yet filling glimpse into Laotian street food favorites, best enjoyed group/family-style.

Farther out in Garland, Piefalootin Pie Shop will be rolling out of a brick-and-mortar this spring. CultureMap says the neighborhood’s first dedicated pie shop will be located at 2441 Goldfinch Lane, where it will showcase classic pie recipes alongside original creations from owner, Tracy Dowd. Expect signature pies like the banoffee, a U.K. staple made with bananas and toffee, and a two-layer cheesecake with your choice of blueberry, blackberry and strawberry, just to name a few.

Shifting gears a bit, GuideLive notes that Mockingbird Diner has been transformed into a cafeteria. The restaurant switched to cafeteria-style service, revamping the space and letting go of its servers, in hopes of feeding customers faster and eliminating the turnover issues its had since opening in late 2017. Diners can now order the Southern “meat and three” option, as well as sandwiches, breakfast platters and other diner staples.

In meatier news, roast beef joint Top Round has shuttered its Toyota Music Factory location in favor of a more central Dallas address, CultureMap says. The new space will take root at 4800 Bryan Street, complete with a to-go window, an outdoor patio and ample parking, although the menu will remain the same. The re-opening of the California-based chain is slated for this summer.

On the barbecue wire: CultureMap says the Denton Square is getting a new smoked meat contender with H2Oak. Located at 215 E. Hickory Street in a 10,000-square-foot space featuring multiple dining areas, an outdoor turf playground and an indoor music venue. As for the food, the name signifies the two woods that’ll be used for smoking — hickory and oak — its menu of traditional barbecue fare and a bevy of sides, complete with build-your-own macaroni and cheese and spud bars. No word yet on an official opening date.

In Fort Worth, Goldee’s Barbecue is setting up shop at 4645 Dick Price Road. The concept is the brainchild of three Arlington natives who trained with pittmasters throughout Austin. The menu will be simple, with a focus on traditional Central Texas-style fare, reports D. Everything will be made in house, down to the from-scratch white bread, pickles and pickled jalapeños. An opening is slated for mid-to-late May.

Ending off with our regular craft beer notes: Deep Ellum Brewing Co. is expanding its distribution to Oklahoma, reports Beer In Big D. The brewery’s core offerings will be available in six-packs of 12-ounce cans, while a selection of specialty beers will be available on draft throughout the state.

Also: The upstart False Idol Brewing debuts in North Texas this week thanks to an agreement with Oak Cliff Brewing. The arrangement will be temporary, with Oak Cliff brewinfg False Idols’ beers as the latter’s North Richland Hills facility is completed. The brewer’s first offering is its Side Hustlin’ New England IPA, and it will debut on Friday, March 15, during an event at Oak Cliff Brewing’s taproom at Tyler Station.