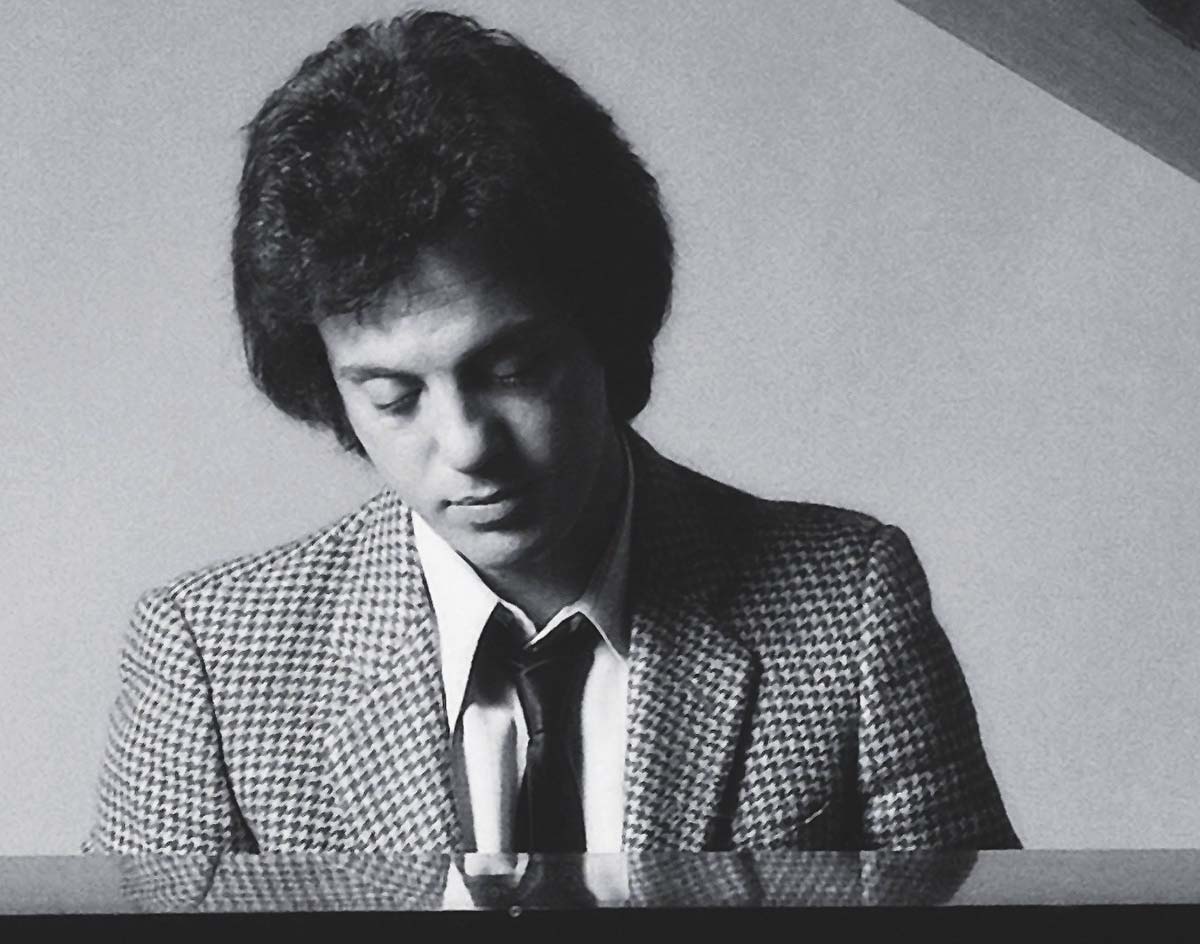 Do yourself a favor and take a Klonopin before reading this. Why? Because it’s just a lot to unpack.

There are some 39 big-time shows that announced Dallas area stops this week alone — and that’s before factoring in the just-announced KAABOO Festival that’s going on out at AT&T Stadium this May, which, confusing as it looks, also promises to be a major deal all it’s on.

For now, though, let’s focus on these other shows.

The 5.6.7.8’s
Friday, March 1, at Three Links
On sale now.
Along with Shonen Knife, The 5.6.7.8’s remain one of the most well-known punk bands from Japan. They are perhaps best known for their appearance in Kill Bill, Vol. 1.

Wiz Khalifa + Curren$y
Thursday, March 7, at House of Blues.
On sale now.
The rapper behind hits such as “We Dem Boyz” and “Black and Yellow” returns to Dallas as part of the aptly named 2009 Tour. Young Money alumni Curren$y co-headlines.

Moneybagg Yo
Friday, March 29, at Canton Hall
On sale Friday, January 18, at 10 a.m.
Moneybagg Yo is the stage name of prolific Memphis rapper Demario DeWayne White, Jr, who signed onto Yo Gotti’s label CMG in 2016. Following the release of a whopping 16 mixtapes since 2012, he released his debut studio album Reset in November 2018.

Ella Vos
Thursday, April 4, at Dada
On sale Friday, January 18, at 10 a.m.
Her name is Spanish for “she you.” Say what you want about Yo La Tengo’s name, but at least “I have it” makes grammatical sense.

John Corabi (Acoustic)
Sunday, April 7, at Trees
On sale now.
He was Vince Neil’s replacement in Motley Crue for four years back in the ‘90s, which was obviously not a good decade for hair metal.

Strand of Oaks
Wednesday, April 17, at Three Links
On sale now.
The project of singer-songwriter Timothy Showalter announced a North American and European run in conjunction with the announcement of an upcoming LP featuring Jason Isbell and members of My Morning Jacket.

Lil Mosey
Thursday, April 18, at Canton Hall
On sale now.
Lil Mosey is a 16-year-old rapper who has garnered over 22 million hits on YouTube with the song “Pull Up,” and over 143 million streams on Spotify with the song “Noticed.” Feeling unaccomplished yet?

Trevor Noah
Friday, April 19 & Saturday, April 20, at Toyota Music Factory
On sale Friday, January 18, at 10 a.m.
The host of The Daily Show returns for a two-night stand in Irving.

Smino
Thursday, April 25, at Trees
On sale now.
The hip-hop/R&B artist and founder of the Zero Fatigue collective/label toured with the likes of SZA, T-Pain and Mick Jenkins. Pitchfork said of Smino, “His default singing voice – which he uses to rap as well – is weightless and honeyed to the point that it’s hard to tell if he’s in a falsetto.”

Peter, Bjorn & John
Saturday, April 27, at Dada
On sale Friday, January 18, at 10 a.m.
A lot of Scandinavian bands have been announced this week, apparently. This is the one that whistles — and used to play rooms loads bigger than this one.

Fortress Festival
Saturday, April 27 – Sunday, April 28, at Will Rogers Memorial Center
On sale now.
As we previously discussed, CHVRCHES, Rae Sremmurd, Tinashe, Superorganism and more have been added to the lineup of the third annual Fortress Festival in Fort Worth. Over the weekend, rumors of Rae Sremmurd’s split began to speculate, so hopefully a last-minute booking won’t need to take place.

Ex Hex
Wednesday, May 1, at Curtain Club
On sale now.
Mary Timony is perhaps best known as the lead vocalist and guitarist for revered noise pop band Helium. 12 years following their break-up, she would form Wild Flag with Carrie Brownstein of Sleater-Kinney and Portlandia fame. With both bands broken up, she spends her time performing in garage punk trio Ex Hex, who will release their third album It’s Real on March 22 via Merge Records. Last week, they gave us a little tease with the release of their single “Cosmic Cave.”

Elle King
Tuesday, May 7, at House of Blues
On sale Friday, January 18, at 10 a.m.
Tanner Schneider, AKA Elle King, is Rob Schneider’s daughter. I know that sort of thing shouldn’t define a person or their art, but the whole “sins of the father” thing shouldn’t apply to the person whose father wrote Deuce Bigalow: European Gigolo. She, however, is pretty great, and her backing band is largely Denton based.

PUP
Wednesday, May 8, at Trees
On sale Friday, January 18, at 10 a.m.
The Canadian punk rockers return to Trees for the first time since opening for Modern Baseball. Chicago indie band Ratboys open.

Sasami
Wednesday, May 8, at Three Links
On sale now.
Sasami Ashworth of Cherry Glazerr fame announced the March 8 release of her debut album SASAMI via Domino. The album will consist of guest features from Soko, Devendra Banhart and Dustin Payseur of Beach Fossils. Fans of C86/indie/jangle pop music should definitely keep an eye out.

Missio
Saturday, May 11, at Granada Theater
On sale now.
Missio is an Austin-based electronic duo that released their debut LP, Loner, on RCA Records in 2017. From what the band announced in recent months, a sophomore album is in the works. So, um, middle fingers in the air, everyone.

On Cinema At the Cinema Live!
Friday, May 17, at Texas Theater
On sale Friday, January 18, at 10 a.m.
Tim Heidecker and Gregg Turkington (the latter not channeling his Neil Hamburger persona this time), will be reviewing today’s films to an audience of dedicated GreggHeads and TimHeads. We give this show announcement six bags of popcorn and three cups of soda.

The Drums
Wednesday, May 22, at Granada Theater
On sale Friday, January 18, at 10 a.m.
From 2008-2016, there were steady lineup changes that caused The Drums to turn into the solo project of founding member Jonathan Pierce. Following this, the project released Abysmal Thoughts in 2017, and is scheduled to release Brutalism in April 2019.

Johnnyswim
Saturday, June 1, at The Bomb Factory
On sale now.
Johnnyswim is a folk/soul duo consisting of married duo Abner Ramirez and Amanda Sudano. The latter is the daughter of the late Donna Summer.

Eddie Izzard
Saturday, June 9 – Sunday, June 10, at Majestic Theatre
On sale Friday, January 18, at 10 a.m.
The Lost Python has a new show called “Wunderbar,” and you have two days to experience it at the Majestic Theatre.

Priests
Saturday, June 22, at Dada
On sale now.
Priests are back, and their John Congleton-produced sophomore album The Seduction of Kansas is slated for release in April. Rolling Stone recently premiered the album’s title track and gave it much-deserved praise.

Jawbox
Friday, July 19, at Trees
On sale Friday, January 18, at 10 a.m.
The band that Steve Albini once confused for Jawbreaker reunited in 2009 for a performance on Late Night With Jimmy Fallon, and have been dormant ever since. On Monday, they announced a reunion tour out of nowhere, and we are lucky enough to be witnessing their first DFW appearance in over 20 years.

Rufus Du Sol
Tuesday, July 24, at The Bomb Factory
On sale Friday, January 18, at 10 a.m.
Rufus Du Sol had a big 2018, and with their addition to this year’s Coachella and two consecutive nights at the revered institution and artistic rite of passage that is Red Rocks Amphitheatre, 2019 looks to be even bigger.

The Who
Friday, September 27, at American Airlines Center
On sale Friday, January 18, at 10 a.m.
As teased last week, The Who will return to the U.S. as part of the Moving On! tour. What’s most telling about the revealed tour dates are the days off between each show, which can possibly be attributed to logistics and/or old age. This is also their only Texas show so far, which almost makes up for The Rolling Stones making Houston their only Texas stop this year. Almost.

Billy Joel
Saturday, October 12, at Globe Life Park
On sale now.
It was announced late last year that Paul McCartney would play the first show at the soon-to-shutter Globe Life Park in Arlington. Well, Billy Joel will be playing its last show, and there is no better person to give an historic baseball stadium the bon voyage it deserves.