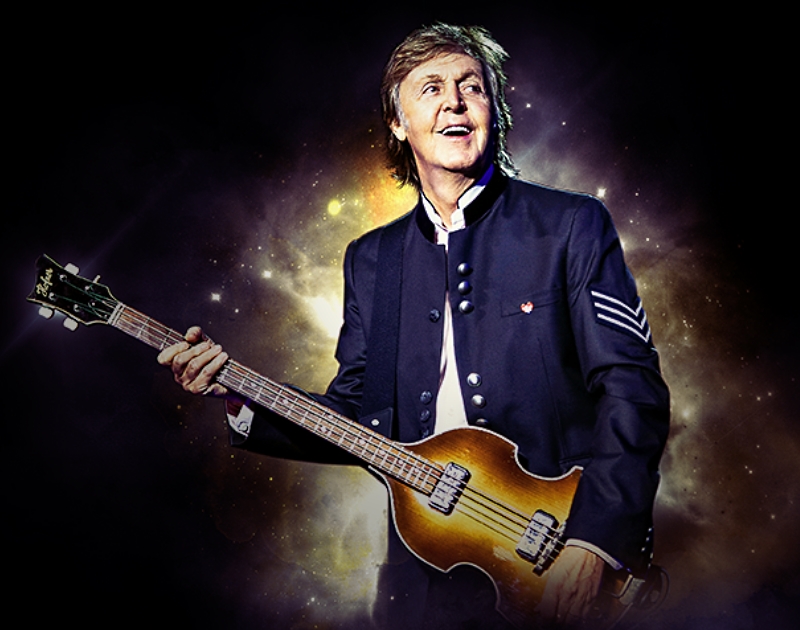 Also Among This Week’s Upcoming Dallas-Area Shows You Should Know: High On Fire, Blood Orange, Jenny Lewis, Queen (With Adam Lambert) And Many More.

So many shows have been announced this week that there’s just no way we can get to all of them. So we’ll just focus on the biggest announcements, because that alone is already a topic of great conversation.

You know those people who complain about how there aren’t just enough venues? If they’re talking about Dallas, those people are delusional. In this story alone, you’ll not that 12 separate venues are listed — and, like I said, this is before we even let some other good ones slip through the cracks for the sake of brevity.

Venues in Dallas are a crowded space, both literally and figuratively. There’s no denying any more that there’s a strong market here in Dallas, one filled with many venues out there competing with one another.

I mean, just look at the following new-show announcements.

High on Fire
Tuesday, January 29, at Gas Monkey Bar N’ Grill
On sale now.
Following a medical emergency that warranted a partial toe amputation, High on Fire had to drop off their tour with Municipal Waste and, as such, they could not perform at Canton Hall last month as originally announced. Thankfully, Sleep is still adhering to its commitment to play The Bomb Factory on Sunday, December 16. On top of that, High on Fire will make it up to us with a relatively last-minute gig at Gas Monkey.

Willie Nelson & Family
Saturday, February 16, at The Bomb Factory
On sale Friday, December 7, at 10 a.m.
If you live in Texas and don’t like Willie Nelson (or at least know who he is) you’re committing some sort of felony.

COIN
Sunday, February 17, at House of Blues
On sale now.
Nashville’s rising indie-pop stars return to Dallas for the third time in the past year, following the success of 2017 full-length How Will You Know If You Never Try and its singles “Simple Romance” and “Cemetery.”

John Maus
Saturday, February 23, at Trees
On sale now.
John Maus is a renaissance man. The Los Angeles experimental pop artist has a PhD in political science at the University of Hawaii, where he also taught philosophy. He’s also one of the most important acts in the outsider movement, a status that has helped him form a famously tight comradery with Ariel Pink.

Blood Orange
Saturday, February 23, at Granada Theater
On sale Friday, December 7, at 10 a.m.
The dynamic singer, songwriter and producer Dev Hynes is finally giving Dallas some much-needed attention following the release of Blood Orange’s fantastic 2018 album Negro Swan. On that note, what a misfortune it is that he has to compete with John Maus that night.

Not So Fun Wknd 2019
Wednesday, March 13 – Monday, March 18, in Deep Ellum
On sale now.
Formerly known as Spillover, Brofest and South By South Flesh, Parade of Flesh’s annual Not So Fun Wknd continues the tradition of hosting acts making their way through our neck of the woods from SXSW. The blind presale for all showcases is selling for $99, but judging by the fact that Princess Nokia, Wavves, and Eyehategod headlined the last installment, it seems to be a good investment. So far, The Briefs, The Beths, Bad Bad Hats and The Stitches are the only four acts announced, but there will be plenty more names dropped in the coming weeks.

Spiritualized
Tuesday, March 26, at Canton Hall
On sale Friday December 7, at 10 a.m.
The English space rock pioneers started at the tail-end of vocalist Jason Pierce’s other band Spaceman 3. The band is considered as influential to psychedelic music as contemporaries such as The Flaming Lips and Mercury Rev. Anyway, they’re coming back to Dallas and, this time, they’re not playing Granada Theater as is their usual MO.

grandson
Wednesday, March 27, at Dada
On sale now.
Jordan Edward Benjamin dropped out of Concordia University and moved to LA in 2014 to pursue a career in music. Four years later, he signed to Fueled by Ramen and achieve mainstream acclaim with his single “Blood//Water.” Moral of the story? If you drop out of school and pursue a career in music, the world is yours.

Jenny Lewis
Friday, April 5, at Canton Hall
On sale Friday, December 7, at 10 a.m.
The former Rilo Kiley guitarist and vocalist announced On the Line this week, her first solo studio album since 2014 full-length The Voyager. The upcoming album is chock-full of features from acts such as Beck, Ryan Adams and Ringo Starr, and will be the singer-songwriter’s first studio effort since Nice as Fuck’s 2016 self-titled LP.

Judas Priest
Friday, May 31, at The Bomb Factory
On sale Friday, December 7, at 10 a.m.
English heavy metal legends Judas Priest released forward-thinking music for 11 years before achieving much-deserved success in 1980, following the release of their seminal full-length album British Steel. Now they are considered to be one of the greatest metal acts of all time, along with contemporaries such as Black Sabbath, Deep Purple and Motorhead.

Paul McCartney
Friday, June 14, at Globe Life Park
On sale Thursday, December 13, at 10 a.m.
Sir Paul McCartney is playing his first-ever gig at the Texas Rangers’ ballpark. Some people are going to pretend to be too good for his Wings material — until the moment fireworks go off during “Live and Let Die.” Don’t be one of those people.

Queen + Adam Lambert
Tuesday, July 23, at American Airlines Center
On sale Friday, December 7, at 12 p.m.
Original band members Brian May and Roger Taylor will be performing cuts from Queen’s catalog, with American Idol alumnus Adam Lambert assuming the role of the late Freddie Mercury. Lambert’s performances are more of a celebration of the rock and pop icon’s life and legacy rather than an aim to replace him, a fact that Lambert has repeated ad nauseam. And what better time to celebrate than in the immediate aftermath of the biopic’s success?