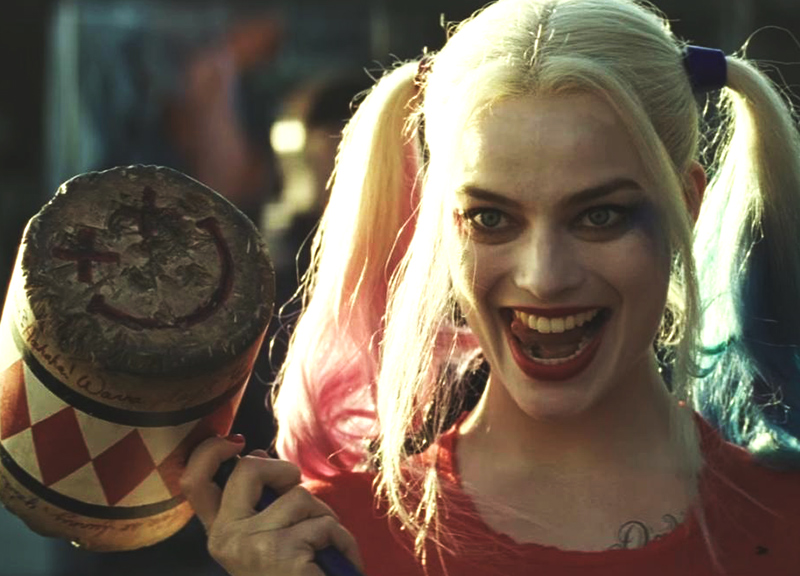 Suicide Squad Is A Better DC Movie Than Most, But That’s Not Saying Much.

Since David Ayer was announced as the first director outside of Zack Snyder to tackle a DC Comics movie in this latest continuity from Warner Bros., there’d been a ton of speculation and curiosity — not to mention hype — regarding the direction that he’d take Suicide Squad and its genuinely interesting premise of turning bad guys good.

Then Batman V Superman: Dawn of Justice was released to a mild at best reception, only further stoking this flame and bringing with it a slew of other questions. Namely: Would Suicide Squad finally be the DCU film that fans have been begging to see, and would it be good enough to right the universe’s sinking ship?

Put simply, no. Suicide Squad is a better DC movie than what we’ve seen of late — but not by much.

In the wake of (spoiler alert!) Superman’s death in BvS, ARGUS director Amanda Waller (Viola Davis) creates an elite group called Task Force X that’s made up of villainous meta-humans to carry out unsanctioned and deadly missions on behalf of the US government. Controlling this evil bunch is a tiny chip in their necks that can blow off their heads with the push off a button. Should their missions succeed and those chips never get used, the members of this team can get time off their sentences.

Sounds like a foolproof plan, right? Not so much.

The team consists of sharpshooter Deadshot/Floyd Lawton (Will Smith), the Joker’s gleefully violent GF Harley Quinn (Margot Robbie), the Aussie thief Boomerang (Jai Courtney), a fire-controlling gangbanger Diablo (Jay Hernandez), and the mutated and feral Killer Croc/Waylon Jones (Adewale Akinnuoye-Agbaje). The group is led by generic soldier Rick Flag (Joel Kinnaman), who is currently in a relationship with Dr. June Moore (Cara Delevigne), an archeologist possessed by a 6,000-year-old spirit and the main villain of the movie.

At first blush, the movie is coherent enough; upon further reflection, its real messes come to light. On one hand, the plot where the Enchantress attacks Midway City and spends the movie building something — I can’t say what — to destroy the world is enough of an excuse to give our characters something to fight. On the other hand, there’s all kinds of fluff getting in the way: As the team goes on their first mission, not only do they have to fight weird GCI creatures, but Jared Leto’s Joker also plagues them as he tries to break Harley free from Waller’s control; even in his mostly flashback-based role, Leto’s interpretation of the Joker is annoying, but it’s hard to tell if it’s his acting or the plot. Point is, like much that’s included in this cut, his character could have easily been taken out and nothing would have been lost.

As the squad’s mission to stop Enchantress continues, so too do the appearances of other strange character beats that come from out of nowhere. At one point, Flag and Deadshot just kind of all of a sudden develop a mutual respect for one other. At another point, Diablo reveals that he considers the squad his “family” despite minimal interaction with the rest of them. Sure, OK!

Maybe if the movie didn’t spend a third of its run-time simply introducing its broad cast, this wouldn’t feel so forced. Alas, it does — and it doesn’t necessarily make anything any better by doing so. Harley Quinn and El Diablo are both potentially problematic.

For those not in the know, Harley was a character from the ’90s Batman animated series. She used to be the Joker’s therapist but she slowly fell in love with him, eventually becoming his partner. Theirs is a troubled and abusive relationship. It is neither ideal nor cute; it is gross. The movie’s portrayal of this will almost certainly rub the people the wrong way, and moving it out of the animated world and showing just how abusive their relationship is might be a bit much for some people — with good reason. Still, Margot Robbie does a pretty great job with it. Her Harley is as manic as she is calculating, and she even manages to do a decent job with some of the terrible dialogue she’s given.

El Diablo, a more obscure character, has the most complete character arc in the film and is among its standouts characters. The problem comes from the fact that he is a tattooed Latino gangbanger who accidentally kills his family and becomes a repentant pacifist because of it. This can be seen as a problematic stereotype of one of the few Latino characters in a superhero movie, DC or otherwise. (To get a little personal, I’m a native Mexican and was not super offended by this, given that it’s movie full of supervillains.)

The movie’s strength comes from its performances, and the fact we actually see them being heroic, unlike Superman or Batman. Getting a star like Will Smith was important here, as his onscreen charisma manages to hold the movie together at its worst times and Deadshot becomes a man we root for. And Viola Davis as Waller has got to be one of the most ruthless and badass women we’ve seen in a comic book movie; the way in which she handles hard decisions without flinching makes her downright terrifying. Killer Croc and Boomerang both manage to have some fun scenes too, even if they are pretty inconsequential to the movie.

The movie could have been an interesting commentary on the fallacy of trying to control a power you don’t understand. Thanks to a surprisingly hasty third act, though, it manages to ignore the entire political ramification of the events of the movie. That’s surprising, since the military and the political climate play a lot into why this team was formed in the first place.

The charming cast saves the film from totally falling victim to its lack of cohesion, but that doesn’t mean Suicide Squad is anything more than a mediocre action movie full of strange editing choices in the end.

If you want to see an excellent Suicide Squad movie, don’t bother with this one. Check out Batman Assault on Arkham instead.