In Oak Cliff, A Celebration Of The Bizarre Turns A Year Old. 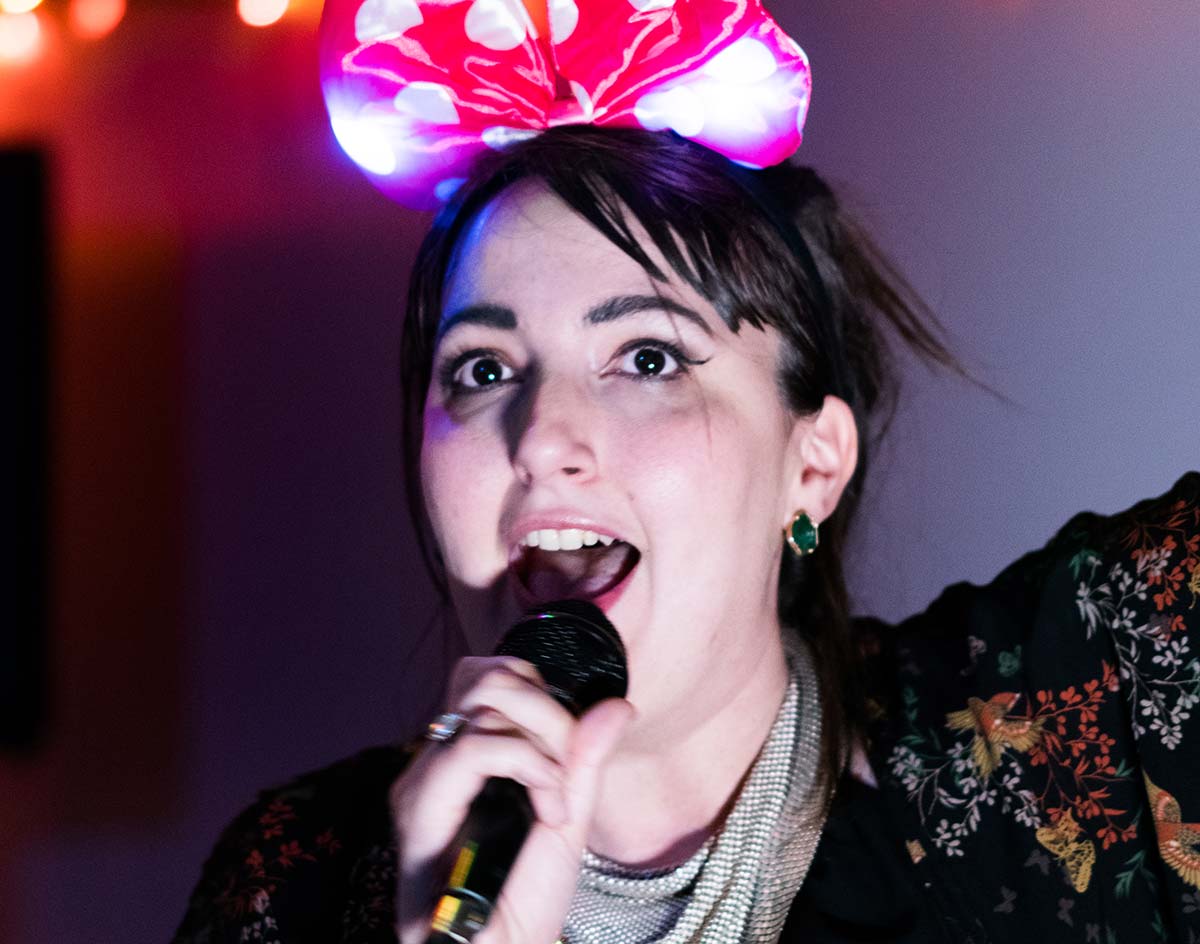 Even if it isn’t always the most prized part of our city’s legacy, there’s something to be said about the weird that always manage to seep up in between the cracks of Dallas’ usual obsessions with glamour.

Indeed, whenever outsider artists are able to carve out niches in various corners of this town to call their own, it’s cause for celebration — especially when these enclaves are able to subsist for any substantial length of time. That’s why the success of what Alex Axon describes as her “weirdo vaudevillian-style variety show” called “Avant To Leave This Planet” is significant. It’s also why there’s good reason for the recurring, Tradewinds Social Club-hosted event to celebrate having existed for a year now with a “birthday” show that it’s throwing for itself this Sunday, September 16.

The sleeper hit showcase was born out of Axon’s frustrations after a four-year stint of performing comedy in the more traditional Dallas channels: “I’m not gonna go into too much detail,” Axon says of her past forays into the Dallas comedy world, “but ultimately I felt like the environment was toxic and unsafe. I thought I had two options: I could quit, which I don’t do, I’m a performer; or I could move and try a new city scene. [Then] I realized a third option, which is to be kind of nurturing the environment that you’d want to be part of.”

Hence the formation of “Avant To Leave This Planet,” which provides an unconventional route for people to find their voice in music performance, comedy and the weird nether-regions found in between.

“We let people perform for the first time and that has just been so positive,” Axon says. “Katy Goddard did a live tarot reading as Goddess Goddard. She’s been in the scene for a while but she hadn’t had a platform before to do her own solo set, and then here she comes the first time like blowing us away with this costume and home-made synths. So it’s just really special to be able to recognize potential in people and let them run with it.”

Axon found even more validation in the new network of peers she’s formed through the show’s production and continued growth. Alicia EV Borman, the event’s regular DJ and sound person, remembers fondly how the first “ATLTP” event had about seven audience members watching on in confusion. As of this summer, the show was regularly pushing 70 attendees who knew just what they were coming to see — or, perhaps better put, who knew not to expect a goddamn thing.

“I’m not sure where everyone comes from,” Axon says. “It’s really humbling.”

But, OK, she has some sense of their genesis. She knows that her event’s draw hails largely from Oak Cliff and the immediate areas surrounding Dallas. But, as the show has grown, so too has its sphere of influence. As time’s gone on, “ATLTP” has started to host a slew of performers from the Mid-Cities, she notes. And, more recently, weirdos from Houston and Austin have similarly agreed to make the trek to perform at “ATLTP” in Dallas. In exchange, Axon is helping send her cadre of obscure Dallas talents to welcoming venues in those cities.

“I did some research and connected with Julia Claire Wallace, who works with Experimental Action in Houston,” Axon says. “I sent her a message and I invited her out here. She got to do a takeover, and she had a positive experience. It’s kind of like an open system where we’re starting to send people down to Houston, and we’re starting to get more Houston people up here.”

And now, with a year under her show’s belt, what does Axon have planned for what she’s calling her “biggest show yet,” exactly? Aside from the returning “ATLTP” mainstays and popular fixtures including Polecat (Hannah Weir), Ely Sellers, Dillon Camp, Harley Deville, Sarah Ruth and Poppy Xander, Axon promises a roster of vendors hosting a flea market segment before performances begin. Among those vendors are creators like comedian Lauren Maxwell, who will be selling various wares on site. Axon also teases that attendees of the birthday show will also be able to buy the first piece of official “ATLTP” merch — a Dayyy Offf-designed shirt featuring the show’s moniker and a willing alien abductee.

“We’re inviting people that have grown a lot from [this experience to performer],” Axon says. “We’re just asking that they outdo themselves — so the performers are gonna be extra.”

Cover photo by Axon by Christian Vasquez. Avant To Leave This Planet Birthday Show & Flea Market takes place on Sunday, September 16, at Tradewinds Social Club in Oak Cliff. More information on Sunday’s event can be found here. You can submit pitches and performance ideas for upcoming “Avant To Leave This Planet” showcases on their new site and submission form. You can also follow them on Instagram here.