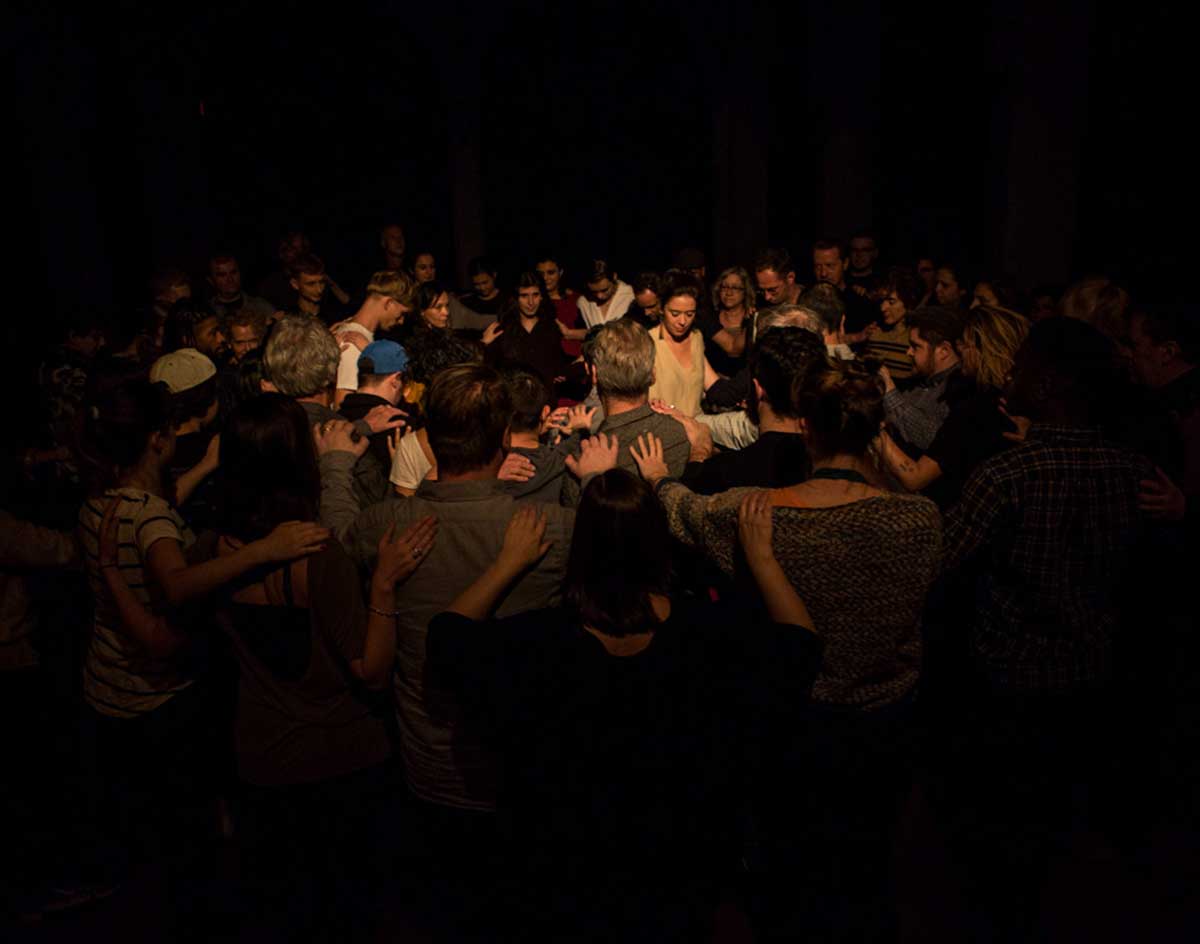 The Experimental Production Running Through April 1 At Dallas’ AT&T Performing Arts Center Might Change Your Perspective On Group Dynamics.

It’s a tired but fair question: “If all of your friends jumped off of a bridge, would you jump too?”

You’ve no doubt been condescendingly asked it before. And you know, too, that answer is supposed to be an obvious no. The thinking there, as if anyone needed the reminder, is that there’s power in individualism — not to mention real danger (as most recently shown in the Netflix documentary The Push) to when one succumbs to social compliance and goes with the flow of groupthink.

But what happens when the opposite occurs, when one willingly gives in and accepts the fates determined for them by the masses? Is the notion of a greater good really so bad? Is it perhaps how bonds are made and societies actually formed?

This is the debate at the center of a production called The Fever that premiered on Tuesday night and runs through April 1 at Dallas’ AT&T Performing Arts Center. Produced by Brooklyn theater company 600 Highwaymen, The Fever is a conceptual and immersive piece in which every viewer is also a participant.

Intimately performed within the confines of Wyly Studio Theatre, the six dozen or so people who attend each performance enter the mostly bare space alongside an indeterminate number of cast members. In doing so, they are largely unaware of what’s to come, but soon find themselves embarking on a journey of both physical and mental gymnastics.

There is, ostensibly, a narrative to the proceedings: At a party she’s hosting, a woman named Marianne wonders why she so feels alone in spite of the many affable guests surrounding her; then, after the party ends and she actually does become far more alone, she suddenly feels surrounded.

But, beyond that skeleton, the performance is mostly free-form.

At the direction of creators Abigail Browde and Michael Silverstone — and, soon enough, their cast members, who slowly reveal themselves from their positions within the audience — the production’s attendees are encouraged to perform a series of physical actions that allow them to, at first, represent the attendees of Marianne’s party and, later, the feelings that overcome her after the fact.

In a question-and-answer session after Tuesday’s Dallas premiere, Browde and Silverstone noted that, though broadly predetermined, the specifics of those physical maneuvers change from show to show. But, while those means of performance may indeed be unique, The Fever‘s end message is constant. Swept up by the activity taking place around them, once-tepid audience members eventually give in to the flow of the activity surrounding them and to the warmth of the larger group.

Though familiar, the intended inclusiveness at the core of The Fever distinguishes itself from the trust-building and ice-breaking exercises so often seen in American schools and offices. Through its Marianne narrative, it is able to elevates itself to something much higher-minded — and possibly even political.

Because, by the time The Fever ends, the answer to that old question about friends jumping off of bridges suddenly no longer seems so clear. In fact, emboldened by another familiar sentiment at the center of The Fever — that there’s safety in numbers — audiences might find themselves leaning toward an altogether new conclusion the next time they’re presented with bridge scenario.

600 Highwaymen is performing The Fever through April 1 at the Wyly Studio Theatre. Tickets and more information can be found here. Use the promo code “FEVERBOGO” to purchase two passes for the price of one.