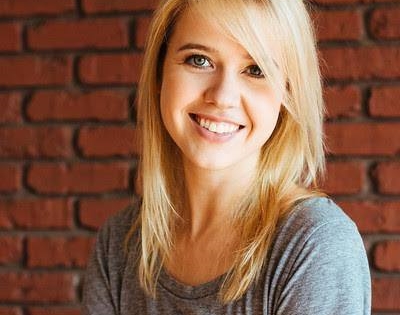 Lauren Davis Talks About Her Year Doing Every Type of Comedy in L.A.

Lauren Davis tends to stay busy. She left Dallas for L.A. just before the start of this year, and she’s been quick to pick up exciting opportunities – and commitments. In our talk during part of a recent visit home for her, she admitted to occasional pangs of concern over her inability to stick to a single avenue of comedy. Unfortunately for her calendar — but fortunately for her and for audiences — she has a pesky habit of standing out in just about everything she pursues. These days, she’s involved in improv and sketch work at UCB, and she’s taken her stand-up talents to stages throughout L.A. That includes work at Flappers Comedy Club, where she recently earned the opportunity to perform with comedian and Conan writer Laurie Kilmartin.

Davis has a remarkable grasp of humor; that understanding, along with her intelligence and fearlessness, enables her to consistently produce great work. She’s one of the most creative and daring people you’ll see onstage, and that’s true for whatever type of comedy she happens to be doing when you see her.

Below, I speak with Davis about her time in L.A., trying to navigate different worlds of comedy and what changes when you begin performing in a new scene.

So you moved to L.A. in January?
I think it was like December 29 or 30 or something.

OK, right before this year started. Can you give us a quick rundown of your first year in L.A.?
All things considered, it hasn’t been all that crazy — but it’s felt so crazy. I moved, and then I guess I could’ve stayed with friends longer and checked out more places, but I kind of just put a deposit down on the second place I looked at. A studio in Hollywood. It’s great, and it’s where I live. I was in a panic attack for the first three months, just because of all the people and the driving, it was so overwhelming. Then, once I got a job – a part-time job in L.A. – I started to chill out a bit. I talked to other people a bit who talked about how stabilizing that could be, especially if you’re in entertainment, just having a regular job. I guess I’m starting to feel more comfortable and at home. It’s weird being back [in Dallas] now. I feel like I’ll feel more comfortable back in L.A. [But] I wouldn’t say it feels like home yet or anything.

What’s it like starting over in a new scene, versus initially starting?
I actually started in Austin, then started over here, too. When I started over in Dallas I was like, “No one here is that good,” but I didn’t know much about comedy. And then the longer I stayed and the more I did it I was like, “Oh, everyone here is really good.” And in L.A., I was so intimidated by everyone at first that I thought everyone was, “Oh my God, so good,” and then now I’m like, “everyone’s just people.” It’s harder. I guess it has to do with starting over. It’s a lot harder, especially at L.A. It’s open mics with just comics, so without your friends laughing it’s just a lot harder to win over a room — especially with people who take it so seriously, where they’re only listening for structure and punchlines, I feel like. You can’t really charm and charisma your way through as much, and it’s more competitive because people are super serious about it. And people are more tired, where they’ve hit up like three other mics already. So it’s just harder.

You’re doing work with Flappers – how is that going?
It’s dope! I telemarket for them. They treat me really well. I’m featuring for Laurie Kilmartin for them. It’s just a really nice, supportive place to work where they want to foster young comedians. Also, it’s super laid-back.

When you were here, you were split between stand-up, improv and acting. Are you still on all three paths?
Yeah, and I feel like I need to choose one. I feel so tired all the time and I feel like I’m not getting better at any of them! [Laughs.] I mean, I wish I could just be like, “Yup, I’m a stand-up. and that’s what I’m doing!” And that’s where I’ve got the most opportunities and it probably is what I should do — but, man, I like improv a lot, too! And I’m learning so much from UCB, and I love sketch, and I’m doing a lot of stuff. I feel like in L.A., and just in general professionally, you do your thing and you focus on your craft, and you hone it, and you learn all the intricacies of it, and you get your 10,000 hours. You’re an improviser, you improvise, and you’re in a bunch of practice groups, and you jam, and you read improv books. Or if you’re an actor, you take acting classes, and you audition, and you get your head shots together, and you bug your agent all the time. I just feel like I’m not taking anything seriously enough, because I’m doing too many of them, Alex! I don’t know what to choose!

Do you use what you pick up in acting, improv, and stand-up to help in other areas? Is there a connection between those things?
I mean, I guess being comfortable sharing your ideas, and having something to say, and communicating are all skills that carry over between all of them. But the intricacies of each I feel like are very different, and you’re using very different parts of your brain. But what I have gotten really great at is worrying. [Laughs.] That, I could go pro at.

How would you say your style as a stand-up has changed over time?
I don’t know if it’s changed that drastically. I’m a lot more comfortable onstage than I used to be. I guess now I’m just more myself. When I first started in stand-up, I think most of my jokes were just about pedophiles. Which is fine – and they fascinate me – but now I try to be a little more accessible than that. I guess I’ve learned the importance of people understanding what the hell you’re talking about. That’s kind of what we’re trying to do here. I guess that’s the main thing.

You’re back in town for a little while. What are your thoughts on the Dallas comedy scene?
I love Dallas comedy so much, and I miss it so much. I don’t know. I don’t want to say… well, no one from L.A. is going to read this, but I think Dallas comedians are just so funny, and so woke, and it’s a smaller scene, so it’s more contained, so when someone says anything hateful, or is doing fucked up shit, they get called out on it immediately. Like, there’s just so many mics in L.A. Sometimes you go to a shitty late-night mic and it’s people talking about what sounds a lot like me to hate speech, and people are loving it.

Wow.
Yeah. But it’s just because the scene’s so big.

How big is it? What are we compared to them in terms of size?
Dallas is, what, maybe 100 comics who come out regularly, and 200 generally?

Sure?
I guess L.A. is probably like… man, it’s hard to say, but I’d guess there’s 15 open mics a night, I would say. There’s probably like 500 comics? I’m bad at guessing numbers. But 500 people who are hitting it.

Do you feel like you do more bar shows, more clubs?
I’m not much of a strategic thinker, not much of a political type person. So I’m not hanging out at the clubs, or even going up much, because man, they’re late at night on Sunday. I’ve got a big week! But I need to do that stuff more. I was hitting mics pretty hard for a while, trying to get to a bunch a night. But now that I’m more busy with sketch and improv, whenever I have free time I’m like, “Oh, what mic can I get to?” Sometimes bars, hotels, coffee shops, just whatever’s around.

One thing I want to talk to you about – and I feel like I’m exposing myself here – but you did a series of interviews with other comics…
Oh yeah! Let’s talk about that! You copied me!

[Laughs.] Yeah, I stole your thing. How mad are you?
“Lauren flips the table.”

[Both laugh.]
I’m a little mad that you’re doing a much better job, but then I remember you’re getting paid, so of course [you’re] trying more.

Was it weird for you to always be the interviewer, and never the interviewee?
I got to [be the interviewee] the last time. Jason Hensel — who edited the interviews for me for the Dallas Comedy House blog, and was very patient, because I love run-on sentences and hate periods, so the only reason those articles are legible is because of him — he interviewed me. That was cool. With people, I don’t know if you’ve noticed this, but people really care so much about how they’re perceived. You’ll be talking to people before the interview, and then once it starts they’re like [robotic] “I love Hyena’s!” Who cares?!?! I just never think about stuff that way. I had to force myself to plug myself with the Flapper’s thing. Like, “Just try to sound cool at least a little bit, Lauren.”

Ooooh. I won’t call it surprising, but I’m really glad when I talked to Tim Edwards that we got to talk about how race can affect the stand-up scene.
What did he say?

Just some of the issues black performers face that are unique to them.
Like what?

He talked about how it can be tougher for them to gain certain opportunities.
What spaces? Can this be the interview, just us talking about Tim’s interviews?

[Laughs.] We didn’t name particular locations. I’m glad he gave us a chance to talk about it, though, so it could get out there. So last question: If you run into a Dallas comic while you’re here who says they’re about to go to L.A., what’s the most important thing you can tell them?
Have a car? That’s important. I have friends who don’t, but it seems like it would be harder than New York without a car. West Side Rentals — that’s a hot tip. And let’s hang out!