How You Get There. 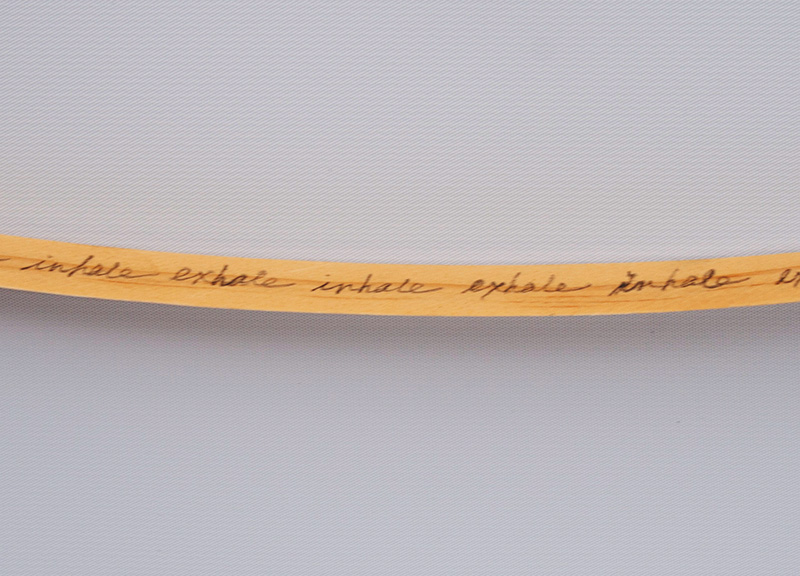 The Journey Surpasses The Destination at Kendra Broscoe and Marilyn Jolly's Circuit 12 Show.

Kendra Broscoe used to study under Marilyn Jolly at the University of Texas at Arlington just a few years back. These days, however, the two are on equal footing.

In fact, they're even sharing new exhibition at Circuit 12 Contemporary. Their student-teacher relationship, it's fair to say, has evolved.

The show — called “Repetition. Ritual. Memory.” and on view trough September 3 — is the third installment of the Design District gallery's Regional Quarterly program, which focuses specifically on the efforts of Texas-based artists and curators. But the exhibition is much more than just a show of support toward some local artists. It's a study in process — and in similarity.

Showcasing the two artists' similarity wasn't necessarily the original intention, though. Briscoe, who just completed her MFA at Southern Methodist University this past May, hadn't seen much of Jolly's work since studying under her at UTA. But, this past spring, when their mutual friend, artist Francisco Moreno, tapped them to participate together in Circuit12's Regional Quarterly show, the two were shocked to discover how comparable their ideas and aesthetics had become.

Both artists are interested process as ritual and treat their art practice like a form of meditation. And they both emphasize mindfulness and the significance of “noticing and caring” in every step of their artistic process. Their shared philosophy translates noticeably into the physical aspects of the work: Jolly and Briscoe each boast an affinity for decontextualizing and reconstructing found materials to create ephemeral, mysterious objects. Neutral colors and organic forms compose the majority of their show. And more often than not, their works bleed into one another — even friends of the artists had a hard time identifying which paintings came from which artist on the night of this show's opening, Jolly admits.

This isn't to say, however, that each artists work fails to stand out on its own merit.

Jolly makes an analogy between ritual repetition and the act of mindful breathing in her sculpture, “Inhale/Exhale.” The piece, constructed from two thin strips of wood (discarded by a student in Jolly's classroom) bent and clamped together into a circular shape, is covered with faint pencil scribblings of the words “inhale” and “exhale” along its inside surface. Her work also references “enso,” the Japanese word for “circle” and a symbol associated with enlightenment and freedom of creation. The imperfect circle used by the artist, in combination with the handwritten text, signifies the fact that each breath one takes is different from, but not independent of, the previous and the next.

Briscoe's “Time Keeper” hangs on the wall next to “Inhale/Exhale.” This installation is composed of small, discarded objects (shards of glass, rocks, bottle caps), individually wrapped and hand-stitched into thin white fabric. Small pockets hang in horizontal rows against the wall, suspended by barely-visible fishing lines. Reminiscent of the 1960s postminimalist work of such process artists as Eva Hesse — artists who were interested in the temporal dimension of art — Briscoe's pieces reveal an interest in accumulation and duration. The artist's meticulous, additive technique gives the viewer the sense that her works are infinitely expandable.

“It's really about caring,” says Briscoe of both artists' practice.

This serious attention to process and details is what makes “Repetition. Ritual. Memory.” powerful without compromising its subtlety. It's earnest, but never becomes tedious.

At the show's opening on Saturday, August 10, gallery visitors lingered in front of pieces, captivated — and for good reason.

For these two artists, the journey is as important as the destination. And that's what makes their reconnection here in this show all the more significant. But it's not necessary what makes the exhibit a success.

The art itself carries that weight just fine. 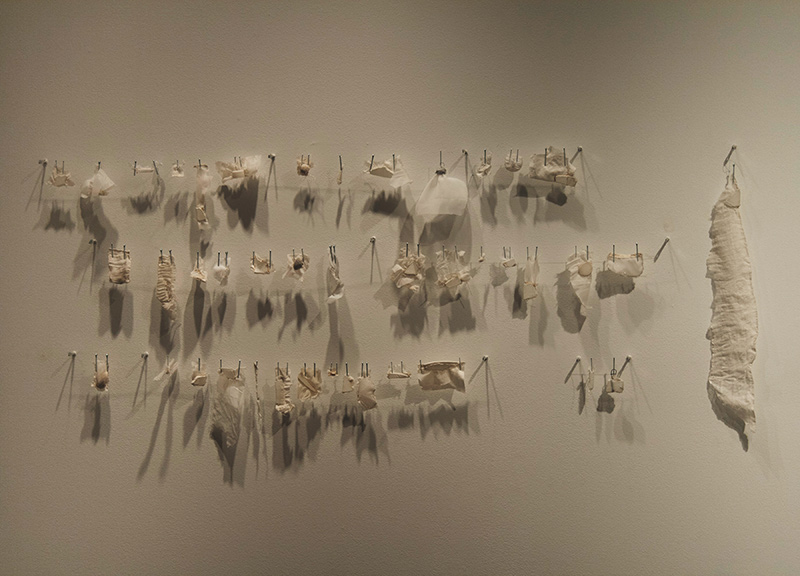 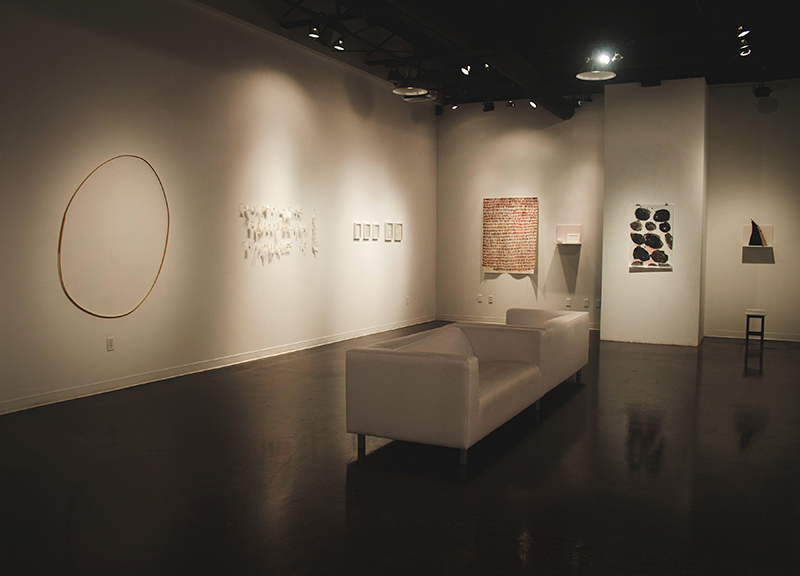