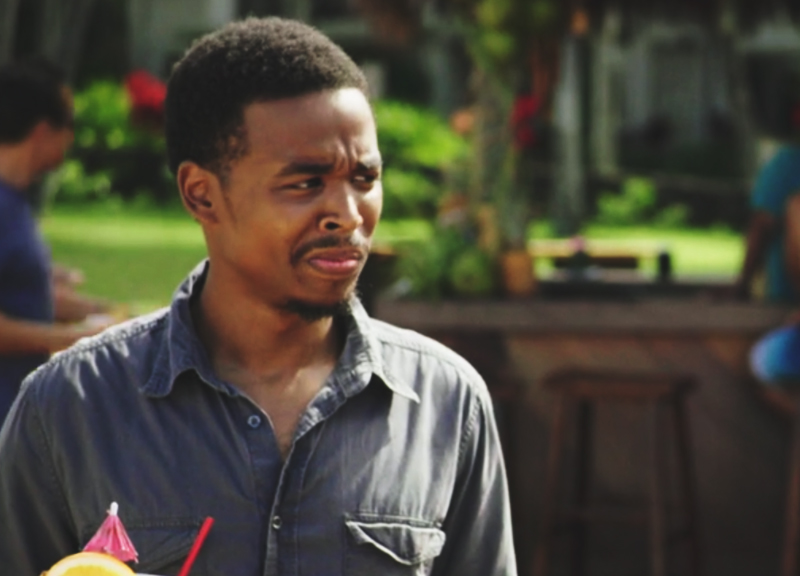 If you were to ask around Dallas comedy circles at any point in the past few years about the local comic with the most potential, the one with the greatest chance of making it big, one name would pop up with far more frequency than the rest: Josh Johnson.

And, tomorrow night, the very funny 26-year-old from Fort Worth could be getting the big break he’s been waiting on. At 11:30 p.m. central time on Comedy Central, Johnson will perform stand-up as part of the newest episode of Adam Devine’s House Party, wherein the show’s titular star (of Workaholics, Pitch Perfect and Modern Family fame) provides up-and-coming comedians a national audience and a platform for plying their craft in between sketch interludes like the below clip that’s currently being used to promote this week’s episode.

Among the trio of comedians who approaches Devine in the above clip, you’ll see Johnson on the camera’s far left. And that’s no studio reproduction of a Hawaiian beach, either — it’s the Real Deal Holyfield. In December, Comedy Central flew Johnson and his fellow comics out to Hawaii for the taping.

“They approached me in October about doing the show and I jumped at the chance,” Johnson says of how the opportunity came about. “Their talent coordinator approached me via Twitter, and it just went from there. It was taped the first week of December on the main island of Hawaii.”

Johnson’s had some breaks before — he had a set syndicated nationally as part of the late-night FOX show Laughs in 2014 — but the noted Star Trek: Deep Space Nine and Gilmore Girls fan says this experience tops that one by light years.

“It’s definitely the most baller experience I’ve ever had as a stand-up or a human being,” he says. “It was all super surreal.”

Still, as noted previously, this kind of shine isn’t necessarily all too surprising to anyone who’s been keeping tabs on Johnson’s career or heard his stand-up previously. Already a fixture in local clubs and a regularly tapped opener for theater-hosted touring comics (he opened for Janeane Garofalo at the Granada in January), Johnson also recently worked on a pilot for a possible Country Music Television show and last year released his debut comedy album, Tabitha, which he recorded at Andy’s Bar in Denton.

For a taste of what to possibly expect from Johnson’s Comedy Central debut, stream Tabitha below. Then be sure to tune in tomorrow night to see this local comic-on-the-brink possibly catching the wave of his life.