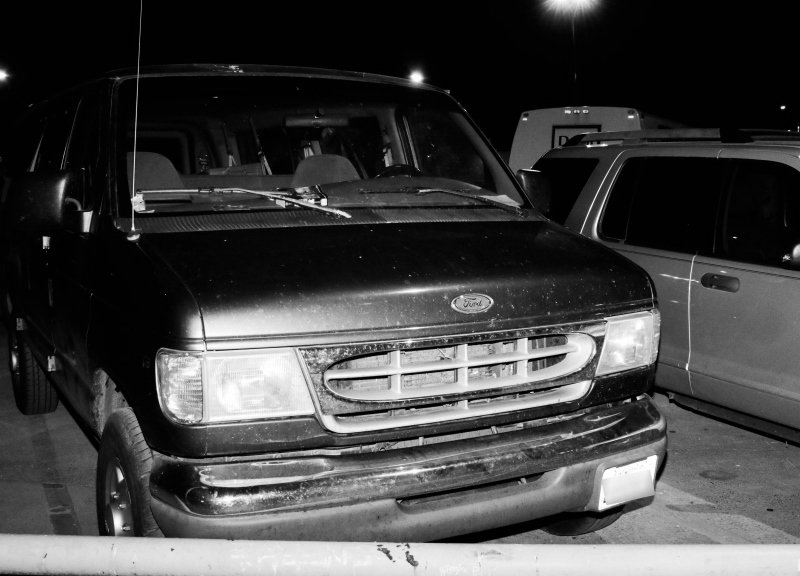 Not too long ago, there was band a band of San Francisco called Melted Toys. Their dreamy pop sound helped them last for a few a records and plenty of tours along the way. But within the last few years, Melted Toys bass player Brian Wakefield started playing solo as Emotional, taking his more fuzzy, bedroom brand of rock across the U.S. in his own unique way.

Last month, he released his debut Emotional album, Ahhh… The Name Is Emotional Baby, with the help of eight different labels spread across the country, including his own Death Records. And in support of that, Wakefield and his buddies hopped in their van and headed to SXSW.

On the way down, Emotional stopped in Dallas for a show at Three Links along with tourmates Friendless Summer. And what we found when talking to the boys about their trusty Ford Econoline after that set is that their chemistry carries over when they’re off stage, too. That’s an important thing, too, considering how much time they spend crammed in the van together.

So, you guys are on your way down to SXSW?
Brian Wakefield (vocals): “Yes! Well, we’re on tour from San Francisco. We just played Deep Ellum — Three Links! — and yeah, we’re going to South By tomorrow.”

Tell us the vehicle you’ll be driving down in.
Eric Werner (drums): “This our big ass Ford Econoline.”
Brian: “But we don’t have a nickname for it. We could just call it ‘Sledge’ for short. It stands for something. Big Bertha, yeah.”
Matt Reilly (Grabbing Clouds Records & Tapes): “It’s a big one.”

How did you end up in it?
Brian: “It’s Jack [Brown]’s van. Jack plays right now in our touring band. We have a few different versions of Emotional. But, in our touring band, Jack plays bass and he also plays guitar and writes the songs in Friendless Summer. So Death Records [the label Brian runs] did a tape of theirs that just came out. We were all super close friends and we thought, ‘Let’s just fuckin’ hit the road.’ It’s the dream, y’know? You want to tour with people, like we would pretty much already hang out anyway and this just like a sweet vacation.”

How long have you been in Sledge?
Brian: “We just got into it about a week ago.”
Matt: “Jack’s had this van for a while, though.”
Brian: “Jack’s had this van… Actually, the first time I was in this van was about a year-and-a-half ago, and Jack, he was in a band called Michael & The Strangeland, a side project of Sam Flax (Burger Records). So we were hanging out in Los Angeles at Studio G, the Gnar Tapes studio, and we played a show at the space. I remember Jack being like, ‘Yo, I recorded some songs, I just want you to listen to them.’ I was like, ‘Jack, normally — we’re both kinda drunk, it was 1 a.m., we had already played a show, I’m not quite in the right headspace to listen to a new band — but you’re like the best dude ever, so yes, let’s listen to it.’ Within 10 seconds I was like, ‘Oh my god, send this to me now!’ It was just one of those things. Love at first listen. So that was the first time I hung out with the Strangeland and heard Friendless Summer. Almost two years later and we’re just now putting out their tape of pretty much the same material, so the first time I ever saw this van was in Los Angeles.”

In the short time y’all have been riding around in it, has anything weird, strange or possibly fucked up happened in it?
Jack: “I’ve got some crazy van stories.”
Brian: “The weirdest thing that’s happened in this van is that all of us have been getting along the whole time.”
Eric: “This has definitely been the most synced band personality tour I’ve been on. The van just brings us all together, y’know? We’re all trapped in this thing and we’re all figuring out how to get comfortable for a week and we can all finally take a nap in the back.”
Brian: “The weird stuff has definitely been outside the van. We have goodness inside the van. We get weird outside the van.”
Eric: “The van is sanctuary. Sledge is sanctuary.”
Brian: “Sledge Sanctuary!”

Do you know how many miles you’ve put on it?
Brian: “Right now?”
Eric: “I think it’s like close to 100,000. I know it’s not very much.”
Matt: “These things last forever.”
Brian: “I don’t know how much we’ve driven it this time around, except for the fact that we drove from San Francisco to Sacramento to Reno to Salt Lake City to Denver to Taos, New Mexico, to El Paso to here — so as many miles as that is. It’s one of those things that you know booking this tour, which we did ourselves, you have to focus and relay with certain people about stuff that, when you’re planning it, all of this weird conscious stuff, is in the air. Well, they said it’s cool, so you show up and hope it’s cool. But actually being here and stuff — it’s, I don’t know, what were we talking about? How did the beginning of that go?”
Eric: “I think we’ve gone 2,000 miles so far.”
Matt: “It’s a long way.”

Y’all are funny.
Brian: “Is that what you were going to ask next?”
Matt: “Because we do jam econo.”
Brian: “I don’t even have a driver’s license. I just sit in the back and smoke.”
Eric: “Is a Club Wagon a type of Ford van?”

You’ve got the same van as Froth. Did you know that?
Eric: “Give them our regards. They made a smart choice.”
Matt: “Dude, this van is quality. It holds a shit ton of people and it’s put together really well.”
Eric: “Good A/C.”
Brian: “The A/C works. I just hope it stays like that. Just keep it up.”
Matt: “I think the next several days are supposed to be warm.”
Brian: “I’m just going to say, it’s going to be a crapshoot and that hopefully the wind blows us in the right direction.”
Eric: “We came up big in Reno, so if this is anything like that, we’ll be fine.”
Brian: “The good news is that all of our shows are inside. The shows leading up to SXSW and those coming back home are all so sweet. We’re meeting up with Mope Grooves after we go to SXSW for three or four days and doing a string of shows with them. The combination of Friendless Summer, Mope Grooves and the Emotional band is just a super homey sando.”

Is there anything else you’d add?
Brian: “Yeah, shout out to Delia Haunt. Johnny [Covach] and William Austin Clay are the best musicians out of Denton. Hey, if you know us, we love you. Thanks.” 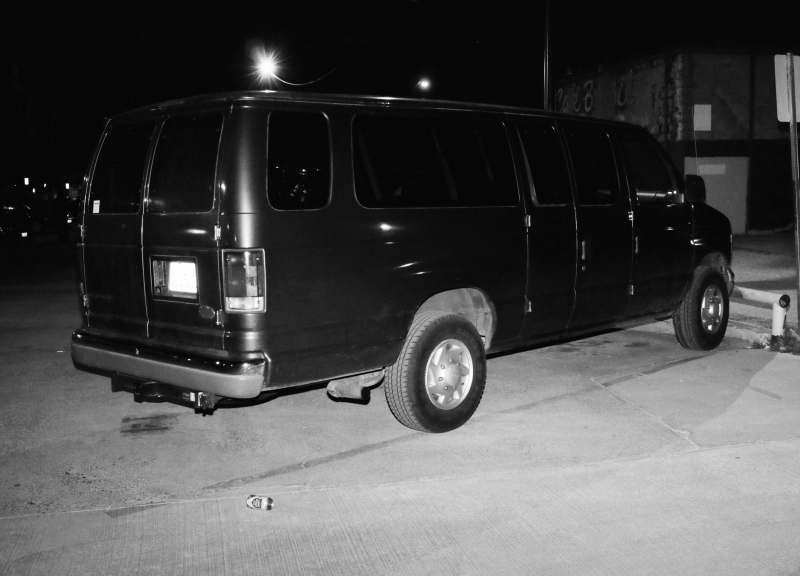 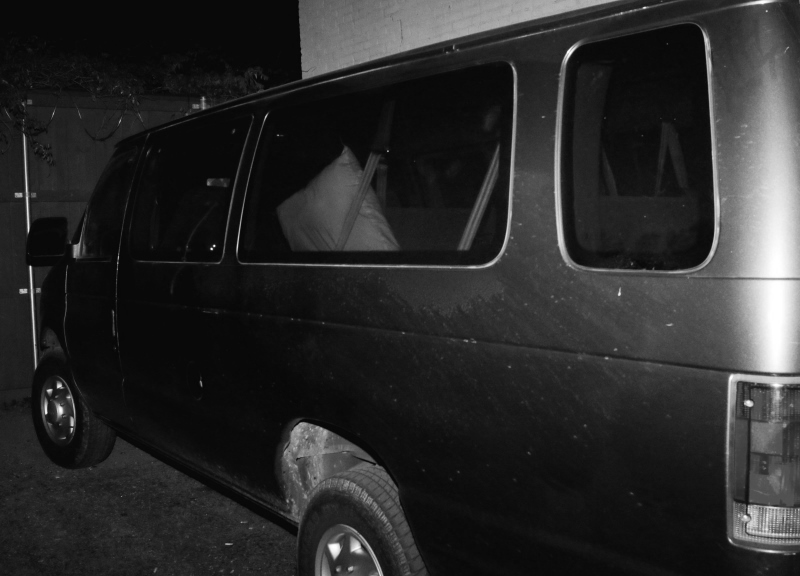 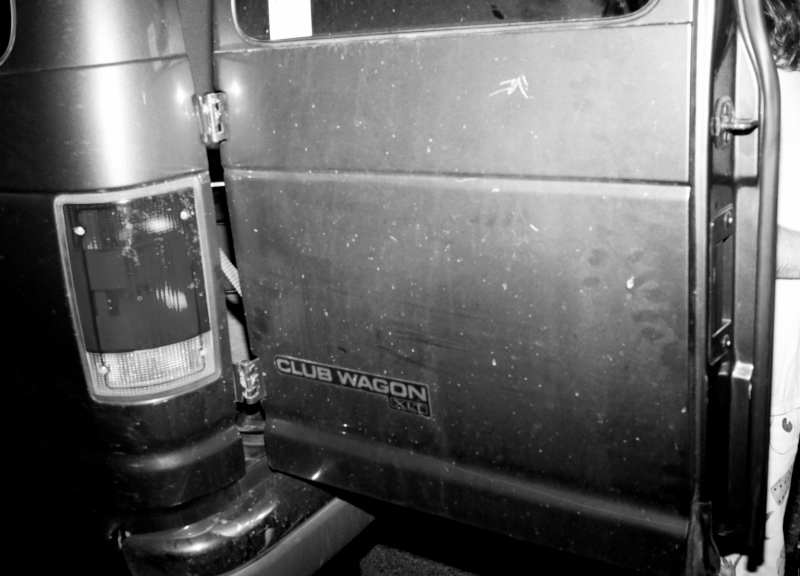 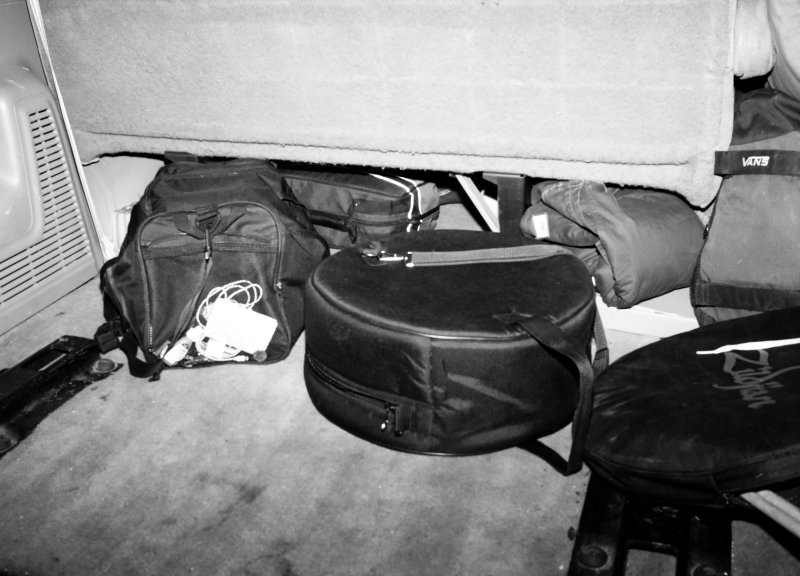 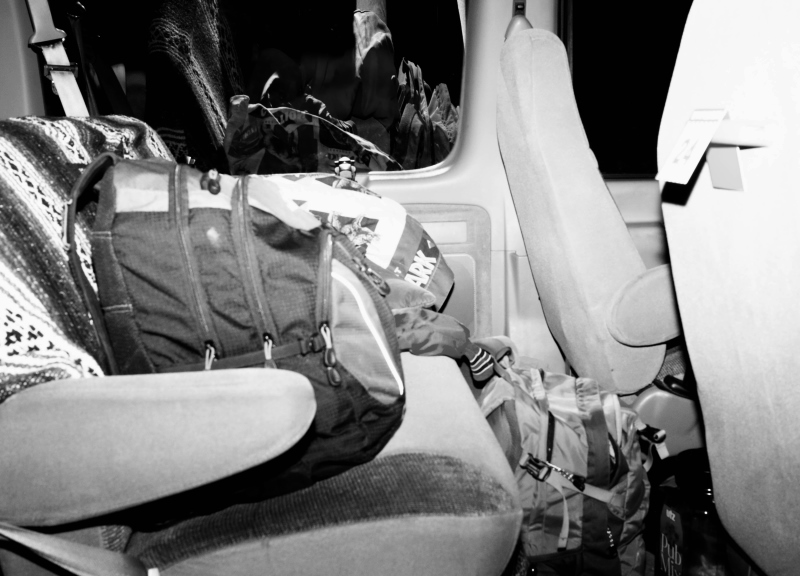 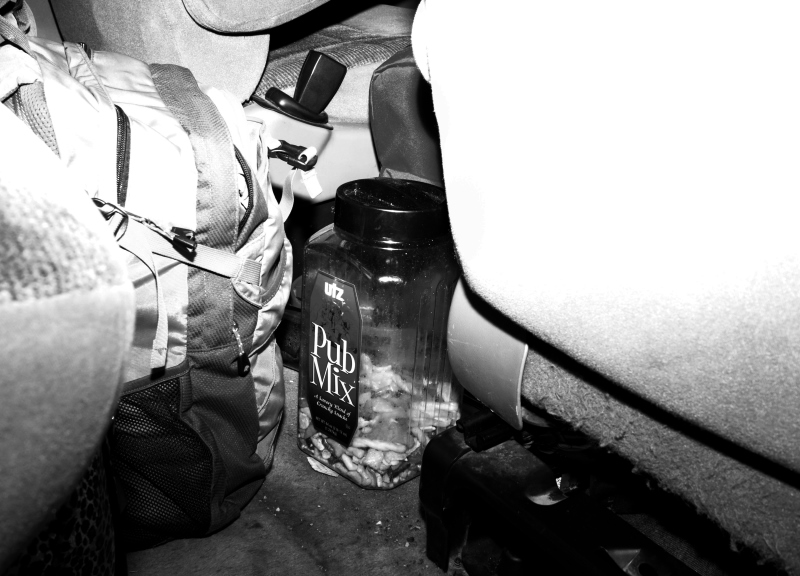 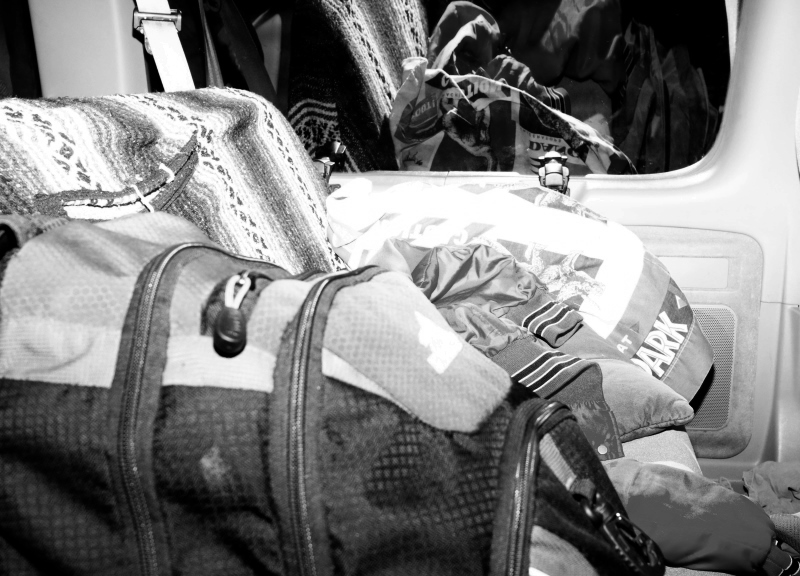 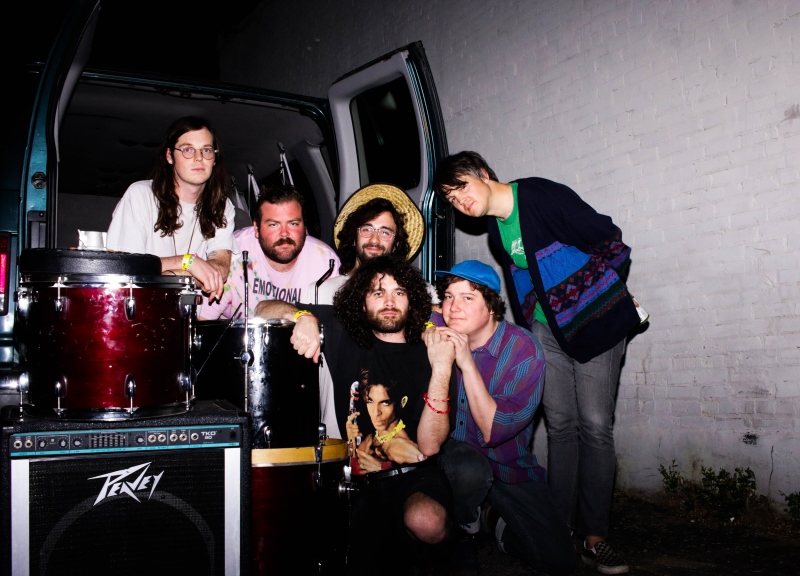