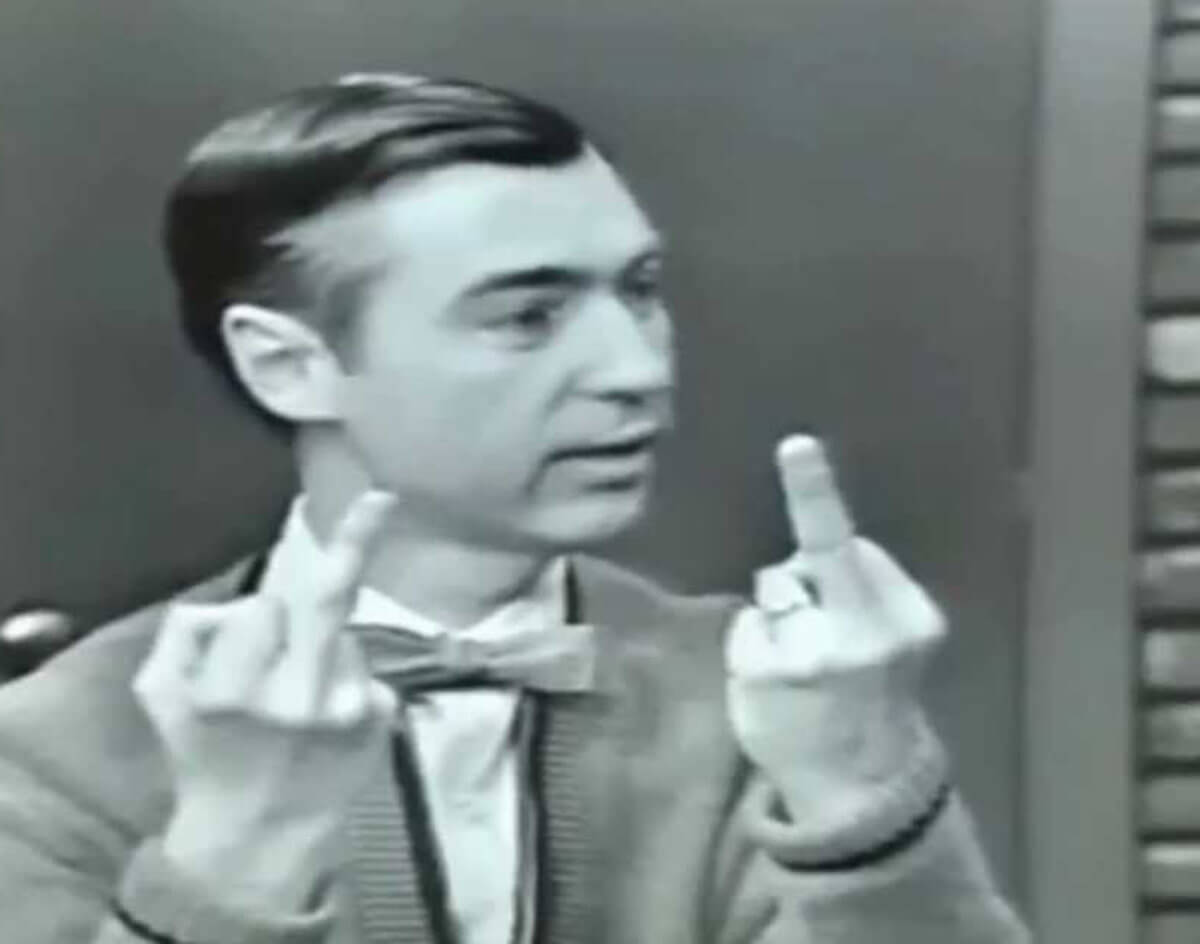 Deep Ellum’s Already Established As Dallas’ Current “It” Neighborhood. So Which Dallas Neighborhood Has Next?

So much so, in fact, that we’re pretty worried about it. Listen, these things go in cycles. And, history tells us that, in the near future, all of the toxins currently infiltrating Dallas’ coolest neighborhood (read: quote-unquote tourists; listicle upon listicle; even fucking high-rise buildings) will soon more than likely kill off everything we loved about Deep Ellum in the first place — or, at the very least, leave it with one hell of a nasty, lingering, unsettling cough.

Ellum’s not alone in this regard, either. Really, you could make the argument at this point that Bishop Arts, Lower Greenville, Uptown and Knox-Henderson are all gearing up to pass their primes.

But what comes next? What happens when these neighborhoods become completely bereft of their cool factors and essentially turn into the Times Squares of Dallas?

Oh, you already know. A brand new “it” neighborhood will pop up to fill the void. And, yup, we here at Central Track have some ideas as to which ones are next. Oh, do we.

Better act quick and sign a lease in these neighborhoods, STAT, folks. It’s only a matter of time before escalating rents hit these up-and-coming neighborhoods, too. — H. Drew Blackburn

Why It Will Happen: When a neighborhood starts heating up, so do rent prices. Makes sense. Supply and demand and all that. As places like Deep Ellum, Lower Greenville, Bishop Arts, Lakewood and the like have become more popular in recent years, the people that helped make those hoods what they are now are beginning to be priced out of those areas — and they’re increasingly relocating to Casa Linda, far as we can tell. It stands to reason: If East Dallas is cool, then Even-More-East Dallas has got to be even cooler, right? Hey, with places like Goodfriend Beer Garden and Burger House, 20 Feet Seafood Joint and Keller’s already established out this way, it’s only a matter of time before somebody re-opens Jupiter Lanes and really makes this area a destination.

Why It Won’t Happen: Aside from its “We’re Not Garland!” rallying cry, this Casa has yet to really establish an identity for itself. Actually, it’s got the opposite problem most of these up-and-coming neighborhoods have, in that a ton of people already live there. It’s just got to build a denser infrastructure of trendy establishments. Oh, and someone should maybe find a way to control the population of wild Chihuahuas that wantonly roam the streets in pesky little packs, too. — Cory Graves

Why It Will Happen: The Cedars has a lot of untapped real estate and potential. Along with that, it’s already had some pretty cool recent developments, not to mention its fair share of loft spaces. But what we’re interested in is legendary dive Lee Harvey’s, Bill’s Records, Cedars Social, Gilley’s, Industry Alley and the Alamo Drafthouse. Plus, the place is already low-key a neighborhood for artists to call home both for laying their head and showing their art. All this points to The Cedars having next as Dallas’ Future Yuppieville. The flag shall be planted soon, folks. It’s happening.

Why It Won’t Happen: The Cedars was once an industrial hotbed. And a lot of those big warehouses are still empty. Fill the hood with snow, and you might mistake it for pockets of Detroit or something. The Cedars has a lot of cool spots here and there, but there’s so much nothingness between them that it’s not exactly easy to get from Point A to Point B. Also, living a stone’s throw from a police station isn’t ideal for most, unless you love watching crazy old white dudes engaging in shootouts with the cops in real time. — HDB

Why It Will Happen: With four breweries in operation — Noble Rey, Community, Peticolas, Texas Ale Project — in addition to a boatload of art galleries, one of the better coffee shops in town and other cool vintage shops, there’s certainly no shortage of hip businesses currently thriving in the Design District. With regular wine walks, gallery days, block parties and outdoor markets, quite an active little community has begun to emerge there in the last couple of years, too. And with its relatively quiet streets, the area is easily and pretty safely navigable by bike — definitely something that can’t be said of a lot of other Dallas neighborhoods.

Why It Won’t Happen: The Design District has already been referred to as a “hipster’s paradise” in a Dallas Morning News piece, which may well be a sign that this is one hot hood that’s over before it really, truly begins. With rents already on the rise, the neighborhood’s anchor businesses (read: the 20-plus galleries) are in the beginning stages of relocating to the slightly cheaper pastures a few blocks north. Also, there aren’t really any sidewalks here. But there is the high possibility of floods! — CG

Why It Will Happen: This is the home of the State Fair of Texas, and that whole deal brings about three million people to the hood annually. But what’s South Dallas got to offer outside of that? Affordable living, for sure. And entertainment, too: The We Are Dallas collective made a name for itself by throwing large-scale parties in South Dallas warehouses; Eight Bells Alehouse set up shop not too long ago; Dallas’ first bike share program was launched in this area; and let’s not forget about all the potential in the Black Forest Theatre that’s just sitting there. There’s really tons to do in South Dallas. And the city, of course, has its eye on South Dallas, too. Better yet, they say they plan on revitalization, not displacement.

Why It Won’t Happen: Quite frankly, a lot of people, particularly of the fairer variety, are downright terrified of South Dallas. It’s the same people who once upon a time would say: “Ohmygod, you’re going to Deep Ellum? Don’t get shot!” These same people now stand in line for half an hour to get doughnuts after a night out at Truth & Alibi. So maybe that’s not a death knell. But the fact remains that South Dallas is by far the poorest part of the city and thus might be beyond revitalization could be. — HDB

Why It Will Happen: Between Strip Club Row and Richard Rawlings’ handful of businesses, there’s certainly no shortage of places to gather in this weird little industrial triangle. A ton of money is currently being pumped into the area, too, what with a new Studio Movie Grill and its live music venues that are already been competing pretty heavily with places like House of Blues.

Why It Won’t Happen: Yeah, you can technically see the skyline from here, but it’s still pretty fucking far from the rest of the city. This neighborhood doesn’t even have a proper name like The Cedars or Expo Park yet, either. And that’s, like, the very first step in becoming a hot neighborhood. Hey, we don’t make the rules. — CG

Why It Will Happen: Oak Lawn is already an established — historic, even! — neighborhood with tons of bars and restaurants. This is the home of Grapevine Bar, Cosmic Cafe, Lucky’s Cafe, Station 4 and loads more hotspots. The LGBT community, one that knows fun more on a more intimate level than Neil DeGrasse Tyson know the cosmos, calls this place home. And gayborhoods beget gentrification, that’s just a fact.

Why It Won’t Happen: Oak Lawn might be too established for change. It’s kinda been that way for a long while, too. More bulldozing of legendary living quarters or hangouts that belong to gay and gay-friendly people to make room for a cell phone store isn’t a good look. Quite frankly, it’s a trash move. Also, Oak Lawn is way too fucking close to Uptown to stay cool for too long. — HDB

Why It Will Happen: All the trendiest new restaurants? Check. One of the city’s most recognizable landmarks? Check. Walkability? Check. A park with lots of foot traffic? Check. A chic name? Check. And the Sylvan Thirty project has made it so that people never have to leave the area. It’s like this hot new neighborhood concept was dreamed up in a lab and market-tested in some sort of hot neighborhood incubator before rolling out wide to the public. Oh, it was? Word.

Why It Won’t Happen: Just when you get attached to a new restaurant concept they’re testing over there — boom! — it’s gone. There’s just something a little artificial-feeling about the whole thing — which, we guess, is sort of the point. It’s just that, usually, a neighborhood only starts to become contrived after it’s dubbed the hot new destination. So we’re not sure how to feel about this whole angle. — CG

Why It Will Happen: Upper Greenville’s just outside of University Park, which is home to one of America’s great WASP institutions in SMU. So it goes without saying that there’s already a ton of bars and restaurants in the area. And it doesn’t hurt that it’s right near Dallas’ number one tourist destination, NorthPark Mall. What’s not to like about the idea of planting the flag in the heart of Mustangville and making it weird as hell?

Why It Won’t Happen: Popping Dallas neighborhoods are supposed to be refuges from picture-esque versions of Dallas stereotypes — but this is where those stereotypes live and breed. If Upper Greenville were to become hot, it’d take an insane transformation — one that, if we had to guess, the moneybags behind SMU and the nearby Park Cities won’t take too kindly to. People into the idea of legacy — and a shitty legacy at that — tend not to be too keen on change. — HDB