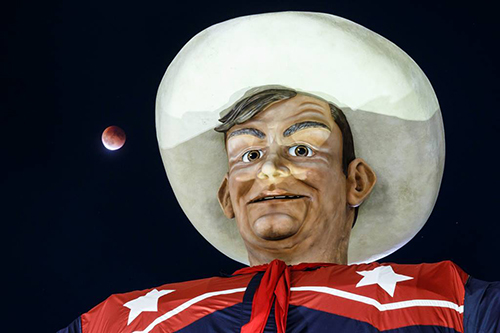 Depending on your perspective, last night's Super Blood Moon lunar clipse was either a totally awesome and rare event or, well, not.

But humans still gon' human, which means, in this age of social media, last night's event still earned its fair share of hype. Only, y'know, much as we all tried, most of us couldn't do the moon's majesty justice with our cameras last night — at least not on our cell cameras, anyway.

Enter, then, real, geared-up photographers like Sean Fitzgerald. Except, in Fitzgerald's case, he didn't just go out and shoot the moon. Rather, he made a point to shoot the moon and a large Dallas icon who goes by the name of Tex.

Says Fitzgerald of his inspiration: “I think these moon shots are better with something recognizable in the frame. The moon on the sky shots are pretty common. I figured Big Tex was as good as it gets. I have some apps I use to check out where the moon would be so I knew it would be behind Big Tex at the time of the eclipse.”

Turns out a little planning goes a long way, indeed. Check out Fitzgerald's glorious shots of Big Tex and the the Blood Super Moon lunar eclipse below. Head to his web site for higher-resolution captures, too. Oh, and while you're at it, give his photography page a Facebook like, too. 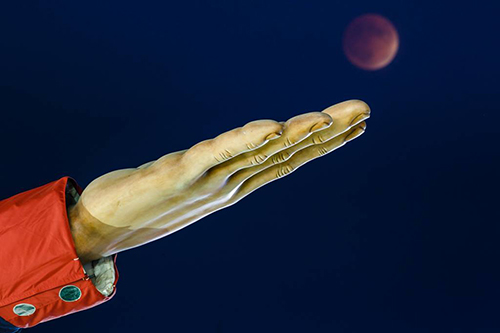 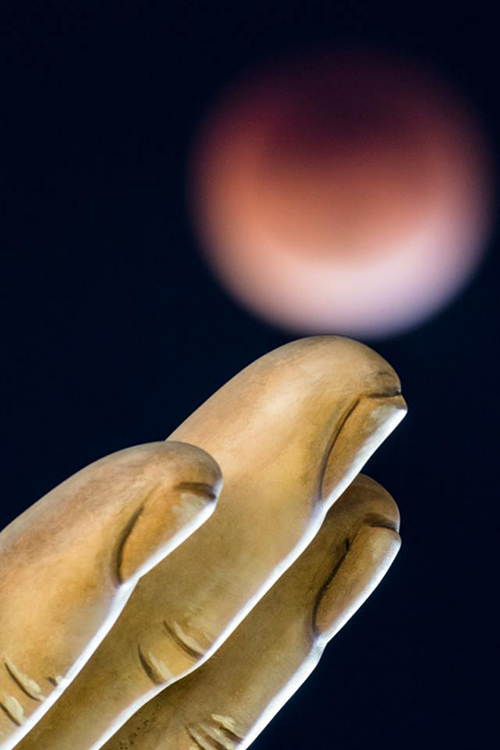