Things To Do On Tuesday, September 29. 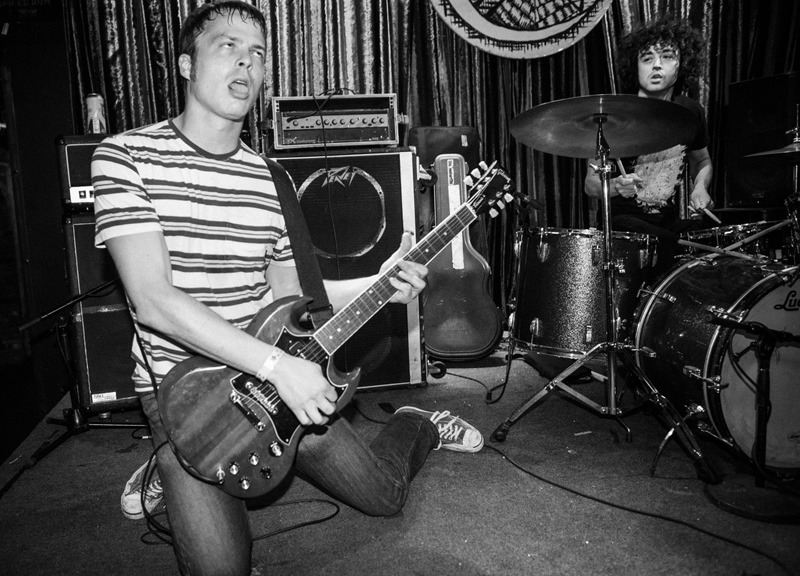 There's No Time For The Blues.

Next month, spoiled memoirist Elizabeth Gilbert (Eat, Pray, Love) will unleash her latest novel on the world, another piece of high-and-mighty pseudo-spiritual b.s. called The Life-Changing Magic of Not Giving a Fuck: How to Stop Spending Time You Don't Have with People You Don't Like Doing Things You Don't Want to Do.

One thing we don't want to do? Read Gilbert's book, which doesn't sound like a difficult enough task to warrant an entire book telling us how not to do it.

We digress. Our philosophy is markedly different. Rather than focusing on all the negative, we'll just point you in the direction of things you should do — y'know, if you want to. Ultimately, life's too short to do stuff you don't give a fuck about.

Seoul, Young Ejecta at Dada
Montreal dream pop trio is one of those acts that doesn't post a lot of pictures or intimate details of its members, resulting in something of a mysterious aura. It's an interesting dichotomy, considering the concept behind the move was so as not to distract from its music. Come put a name to the faces, if that's something that won't ruin it for you. Before that, former Dentonite Leanne Macomber will portray her “eternally displaced” Ejecta character and rising Dallas lo-fi electronic act Moth Face opens.

Joyce Manor at Trees
Joyce Manor has previously said the band came up with its name while drunk at Disney Land. It's pretty fitting considering the youthful brand of pop-punk the Asian Man Records-signees make. Just don't think about stage diving. These guys hate that, making a name as one of the few acts in that scene to have stage divers kicked out of its shows. Cheap Girls and Jason Anderson's Tracks project open.

Teen Daze at Cambridge Room
Since its inception, Teen Daze has changed quite a bit, morphing from early chillwave to more club-friendly electronic tunes to the kind of synth-based singer-songwriter fair of the just-released Morning World LP. He'll be showing off multiple sides of his personality while in town this evening, first stopping off at Good Records to perform a free, completely improvised ambient set, then heading over to the House of Blues to play cuts from the new record.

Lee Berger, The Discovery of Homo naledi Lecture at The Perot Museum of Nature and Science
In 2013 and 2014, paleoanthropoligist Lee Berger headed an excavation in South Africa that unearthed a new species, Homo naledi, a sort of missing link that sheds some new light on the origins of the human species. More recently, the discovery was the subject of a National Geographic magazine piece and television special. And tonight, Berger will be on hand to recount the discovery firsthand, as well as to sign copies of his new book and answer questions.

OBN III's at Lola's
There are lots of big shows in town tonight, sure, but we reckon none of them will rock as fraction as hard as bratty Austin-via-Denton punk rocker Orville Neeley and the rest of his OBN III's bandmates will out in the Fort. You probably won't have as much beer spilled on you elsewhere, either. Either way, OBN III's has proved over its numerous Dallas stops over the past few years that its shows just aren't too be missed. To wit, here's what it looked like on of the band's most recent stops in Dallas. Fungi Girls and Fogg open this one up.

Deke Dickerson at Double Wide
Double neck guitar geek Deke Dickerson is a hell of a picker that combines the fretboard heroics of Junior Brown with a more rockabilly-friendly flavor. Meaning, he'll fit in quite well at this little-bit-country-little-bit-rock-and-roll bar. Matt Hillyer and Steve Berg of Eleven Hundred Springs open.

Cover photo by Karlo X. Ramos. To find out what else is going on today, this week and beyond, check out our events page.