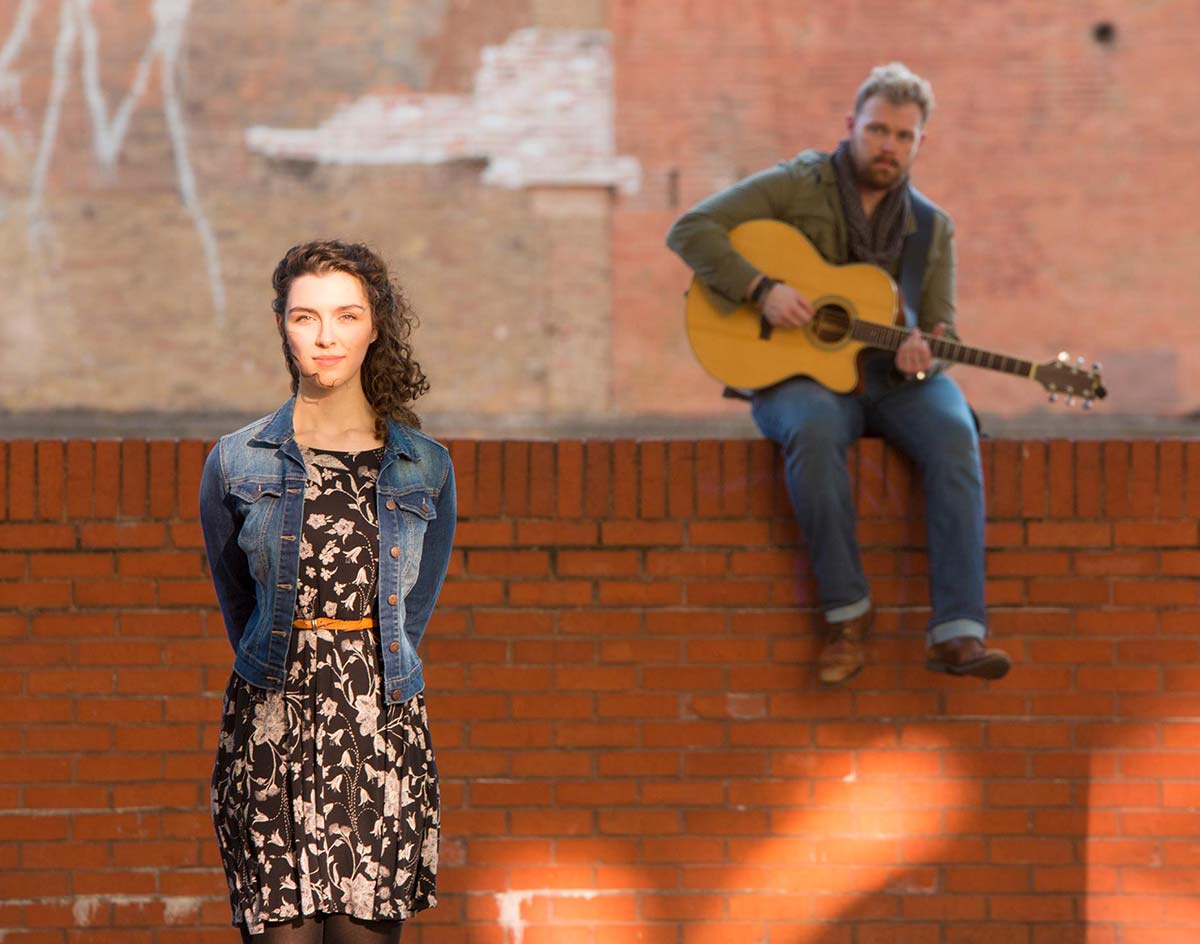 This story is sponsored by the Theatre 3, which is currently hosting a run of the Broadway and Hollywood hit musical Once each Thursday, Friday, Saturday and Sunday through October 7. Visit the award-winning theater’s website for more information and to purchase tickets to what should be a memorable night in Dallas’ The Quadrangle neighborhood of Uptown.

Nothing against The Phantom of the Opera or The Music Man, but there’s something about old school Broadway titles that give musicals a bad rap.

It’s time we all forget about the coattails and fur coat dress codes of the past. Imagine instead sitting comfortably, beer in hand, surrounding an energetic jam session while an unforgettable story comes to life as you tap your toe to the beat.

Welcome to Once, the immersive Irish musical experience that’s currently being performed at Theatre Three in Uptown Dallas.

Award-winning stage director Marianne Galloway takes the Oscar- and Tony-winning story and spills the experience on and offstage with her engaging approach: “The moment a patron opens their car door at the Quadrangle, they may hear strains of a fiddle, feel the vibrations of a traditional Irish Bodhrán or see a guitarist jamming outside the theater. When they walk through the doors of Theatre Three, they have entered The Pub: ‘O’Schmidty and Brewer’s’ before moving on to the streets of Dublin on the Norma Young Arena Stage.”

While the characters and story onstage each night will remain faithful to the Glen Hansard-written Broadway script made famous by the 2007 hit film of the same name, the environment surrounding the scene is a once-in-a-lifetime experience that no two audiences will share.

Running through October 7, Once’s set list includes hits like “Falling Slowly” and “Gold,” along with “Leave,” “The Moon,” “Say It To Me Now” and “When Your Mind’s Made Up.” Jam sessions by the cast and guest artists will vary nightly inside and outside of the unique theatre-in-the-round venue.

Theatre Three is celebrated as one of Dallas’ greatest professional theaters, and it is now celebrating its 57th season. Located in The Quadrangle in Dallas, Theatre Three’s neighbors include TNT Tacos & Tequila, MoMo’s Italian Restaurant, British Beverage Company, Two Corks Wine Bar, Crush Craft and Dream Café. In other words: The whole neighborhood is a one-stop-shop for the perfect date night — or just an evening on the town with friends.

Tickets to Once are selling fast. Head here to purchase yours and reserve your seat today.