What Happened At Childish Gambino’s Dallas Show On Sunday? 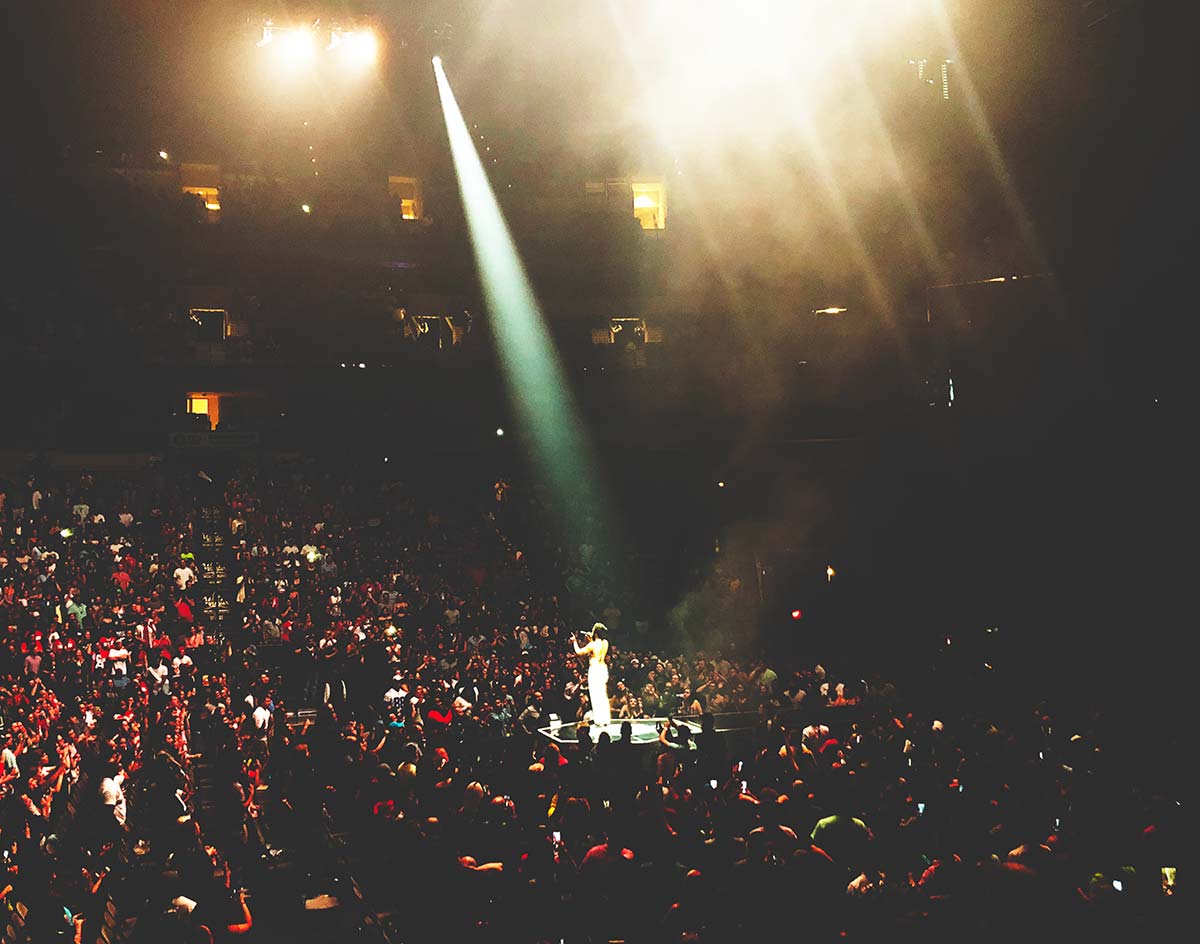 Donald Glover Cut His American Airlines Center Performance 30 Minutes Short, Reportedly Due To A Lingering Injury. How Are We Supposed To Feel About That?

Update at 2:30 a.m. on Thursday, September 27: Since the Sunday night show was abruptly cut short, Childish Gambino has not only postponed the rest of his tour, but he has also canceled his slated appearances at this year’s Austin City Limits Music Festival. At least dude tried in Dallas?

Allow us this preface to the following: Donald Glover is a unique artist for these unique times. From his music to his comedy to his acting, he always makes sure to do things his own way. And it’s an inspiration, really. In this world of recycled music and entertainment, Donald Glover mostly comes off as himself — even if that “himself,” at least in music terms, comes in the form of a package he calls “Childish Gambino.”

Well, for the time being anyway. Glover is reportedly retiring his Childish Gambino persona after this current tour of his, which found him stopping by Dallas’ American Airlines Center this past weekend. But while Sunday night’s offering was filled with impressive production, a slew of dancers and copious backing vocalists, it also felt… Well, it felt as if Glover was mostly just going through the motions.

Also curious? The fact that he left the AAC stage a good 30 minutes before anyone expected him to — and that he did so without him performing arguably his biggest hit, “Redbone.”

Now, it appears as if we know why: Following rampant Twitter speculation in which it was posited that Glover had injured his foot during his performance, it now appears, according to TMZ, as if he really just re-aggravated a foot injury he had heading into the show.

That’s too bad. Glover’s own effort and early exit on this night aside, it really seemed as if the show itself was a well-planned-out affair — no surprise given Glover’s known hands-on approach to anything involving his name. The production was incredible on Sunday night, what with the stage’s rotating LED boards and the tour’s arena-wide lighting design.

In a clever turn, the show really did take the entire arena into account. Early on in the performance, Glover walked off stage and onto the AAC concourse with a camera following him and projecting his actions onto the arena jumbotron. He walked a decent distance — up some stairs all the way up the second level of seating and then down the stairs inside of the venue and right into a crowd of people, where he’d sing the first verse of “Stand Tall,” the last song featured on his third studio album, Awaken, My Love!

That’s a pretty long distance to walk on an injured foot, though — especially when Glover said into his mic that his reason for doing so was that he “just wanted to see the crowd from over there.” OK. Cool?

About a dozen songs later, during a dance breakdown in “This Is America,” the stress on his injury apparently became too much to bear. Before the song’s end, Glover slinked offstage while offering the following: “I love you, Texas! I’ll see you soon!” Then he was gone. His dancers finished their routines, and the show was over.

Of course, the crowd kept lingering around for a good 30 minutes after that fact, cheering and doing the wave, wondering when they’d get an encore and the chance to hear “Redbone” live.

That moment would never come. Barely 60 minutes after starting his show, Glover ended it abruptly and without warning, with an arena announcer eventually coming onto the P.A. and finally alerting everyone to the fact that the show was indeed over.

Even with all the information we (kinda?) now appear to know about his health, it’s tough to know how to react to what went down on Sunday. Obviously, you feel for the guy for hurting himself. But questions linger: Should we have been impressed that he gamely tried to perform, especially if he knew full well that he was hurt? Should he maybe have checked himself before further wrecking himself, and rescheduled the show for a time when he was healthy enough to perform longer than an hour to an arena full of fans? Should maybe he or someone else addressed the crowd about the injury so that they weren’t left to speculate about it on Twitter? Or should Dallas feel perfectly fine about getting four songs fewer than Houston and everyone else on this tour, without explanation?

None of these questions have easy answers. But maybe that makes sense given Glover’s usual M.O.

If nothing else, there’s no denying that the show Dallas got on Sunday night was, per standard Glover protocol, once again quite unique.