Here’s What EA Sports Thinks Of This Year’s Dallas Cowboys. 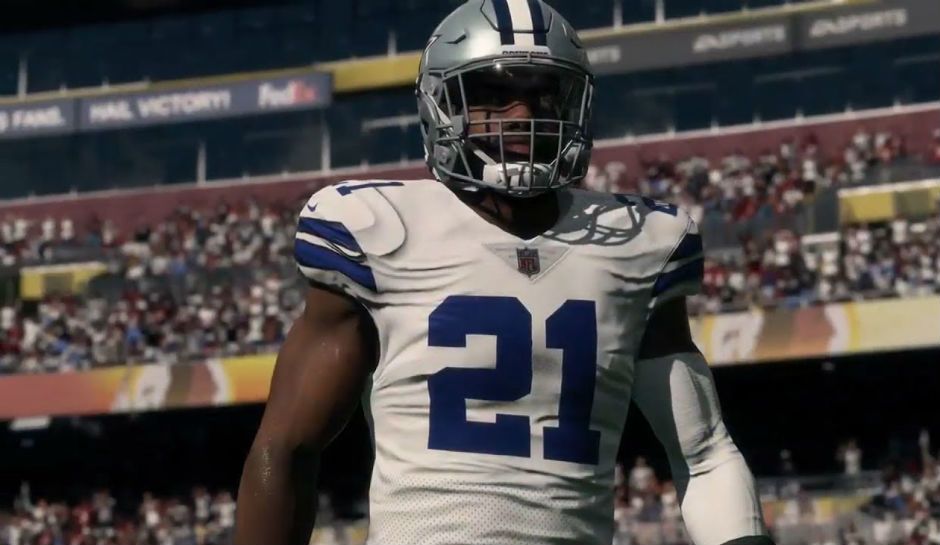 What Can The Just-Released Player Ratings For Madden ’19 Tell Us About The Prospects For The Dallas Cowboys’ 2018-2019 NFL Season?

A full month before its annually anticipated retail release — set to come this year on Friday, August 10 — the team at EA Sports behind Madden ’19 has officially released its preseason player ratings for the 2018-2019 season.

Given how modern technology now affords programmers the ability to alter player ratings as the season progresses (thus ensuring as accurate a representation and simulation of each players’ talents as possible), reveals of this nature are probably less of a big deal that they were in the gaming days of yesteryear.

But, temporary as they may be, these ratings are still pretty fun to look at. And they’re definitely interesting, as they provide a fairly objective look at what each team’s roster looks like heading into the season.

That in mind, here who EA Sports views as the top 15 players on the Dallas Cowboys this year:

Are there any real surprises there? Yes, actually!

For instance, we all knew that the Cowboys’ wide receiver situation was looking pretty dire heading into this upcoming campaign, but these ratings bring to light just how dire the situation is. The fact that returning slot receiver Cole Beasley and free agent signee Allen Hurns are both rated a solid 81 is only encouraging until you realize that still isn’t enough to get the Cowboys a single player ranked in the game’s top 50 pass-catcher. The strength of this unit, however, appears not to be at its top, but in its depth: Terrence Williams has been rated a 79, and Tavon Austin, listed here as a halfback, figures to play at least as big a role with the receiving corps as he will in the backfield. (For whatever it’s worth: Dez Bryant, who was released from the team this offseason and has not yet signed on with a new team, has not yet been given a rating.)

Moving on to tight ends, things only get worse. EA’s programmers seem to have been a little generous in granting Cowboys tight end Jeff Swain a 73 rating heading into the season, making him the top-rated TE on the roster. That’s still not good enough to place him even within the top 60 players at his position, though.

At quarterback, meanwhile, third-year starter Dak Prescott has been given a fairly paltry 82, which finds him tied as the 16th-best passer in the game alongside Vikings veteran Kirk Cousins and the Texans’ second-year gunslinger, Deshaun Watson. Though neither of those players can objectively be considered slouches, Prescott has already voiced his disappointment in his rating this year.

Where Prescott will be given a boost, though, is in his protection: Though the Cowboys don’t boast the top overall offensive lineman in Madden — that distinction belongs to Packers left tackle David Bakhtiari, who has been assigned a 97 — it has two players tied for the second-highest OL ratings, with right guard Zack Martin and center Travis Frederick each earning a 96. Left tackle Tyron Smith comes in immediately behind those two with a 95 rating, which ties him with two more linemen. Basically, no matter how you slice it, the Cowboys have three of the six best linemen in the NFL, according to the video game.

That’s good news not just for Prescott, but also for running back Ezekiel Elliott, whose 92 overall rating places him behind just two other backs in the league — Pittsburgh’s Le’Veon Bell is a 96 and Arizona’s David Johnson is a 93 — and ties him for third with the Rams’ Todd Gurley. Still, a 92 somehow feels low, doesn’t it?

The opposite is true, meanwhile, for kicker Dan Bailey, whose 80 rating feels like a slap in the face of the man who is still tied for being the most accurate kicker in NFL history. Somehow, eight other kickers have been ranked ahead of Mr. Automatic, while four more are tied with him.

Time away from the field last season can’t be blamed for Bailey and Elliott’s low ratings, though. If that were true, then linebacker Sean Lee certainly wouldn’t rank as a top three Cowboy with his 96 overall rating. That’s good enough to make him the fourth-best LB in the game, behind only such stalwarts as Carolina’s Luke Kuechly, Denver’s Von Miller and Seattle’s Bobby Wagner.

Wanna scroll around to look for more insights into what might be in store for the Cowboys this season, at least in Madden‘s eyes? The game’s fully filter- and sort-able rosters can be found right here.