Help Us Save Christmas At Three Links Tonight! 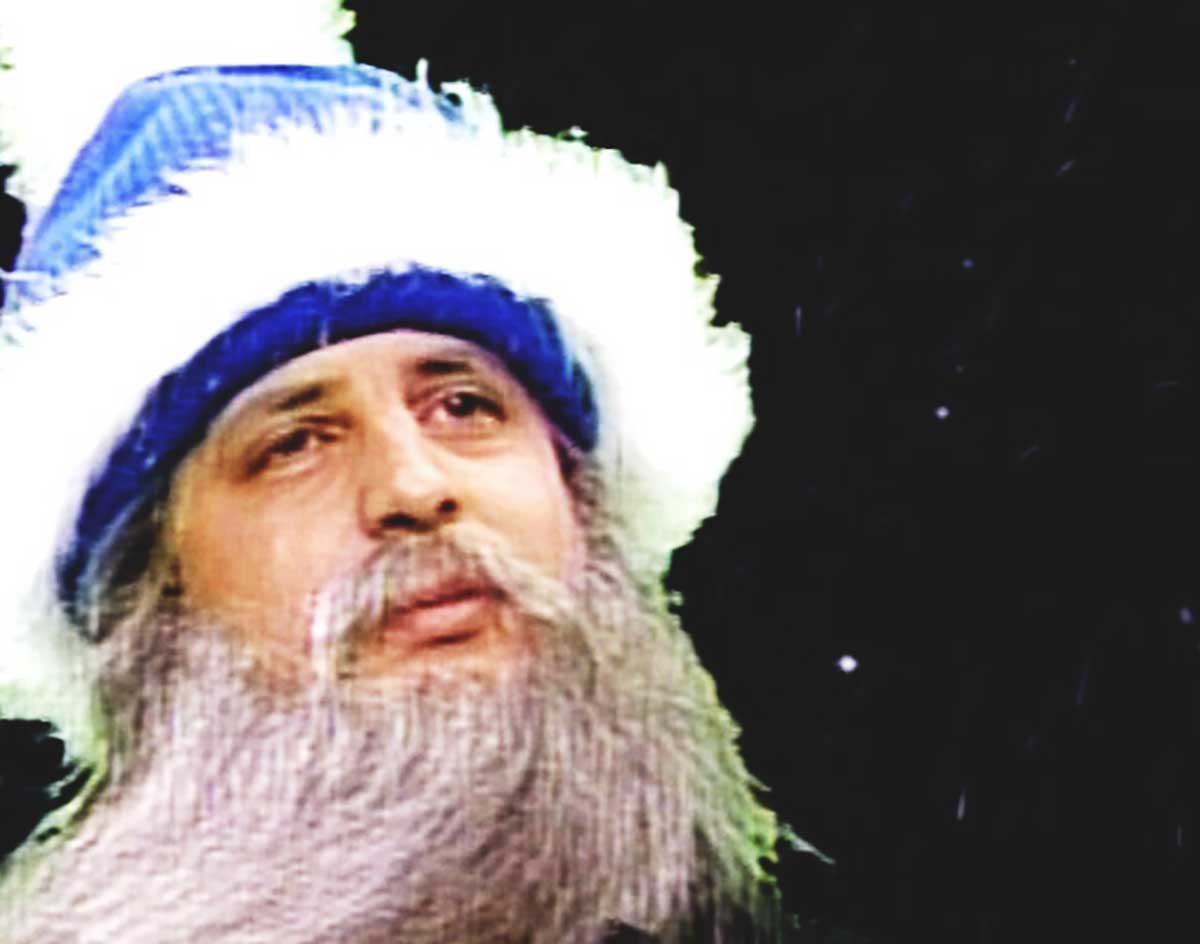 Whether You’re Looking For Last-Minute Gifts, A Way To Give Back Or Just A Good Time, You’ll Find It At Tonight’s Fourth Annual Hanukkah Harry Event!

For the fourth year in a row, Central Track is teaming up with our good friends at the Deep Ellum music venue Three Links to invite Dallasites of all stripes to our annual Christmas Eve bash for charity — and, yes, as luck would have it, Hanukkah Harry is once again available to host! 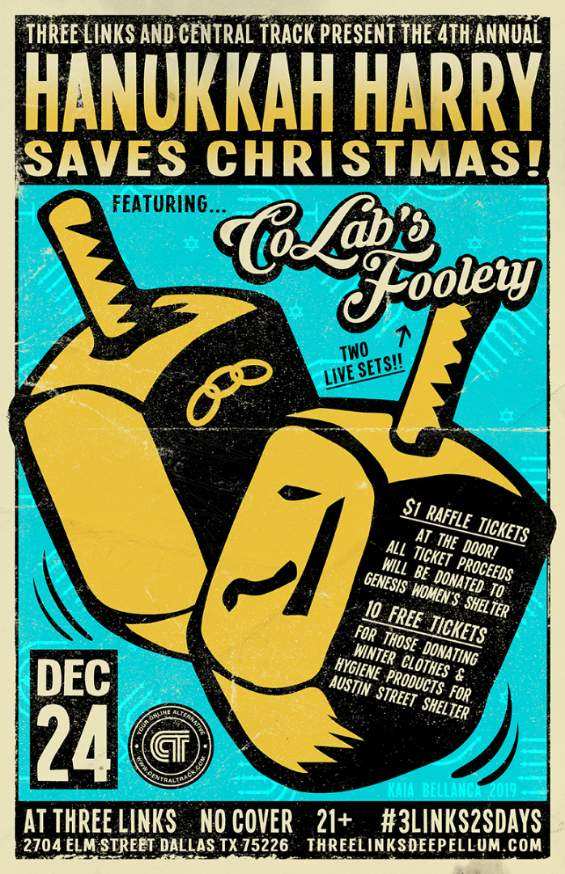 Hanukkah Harry, as all fans of obscure, late-’80s Saturday Night Live sketches know, is the only man who possesses the same time-bending and gift-giving magic that Santa Claus does — and he’s the only man Santa can turn to in a pinch should he come down with a fever on Christmas Eve!

Fortunately, with Santa looking healthy for the fourth year in a row, Hanukkah Harry’s calendar is once again wide open this year — and, as such, Harry (as portrayed by, uh… me) is once again planning to spend his Christmas Eve by watching over the wayward souls of Deep Ellum at this free-to-attend party, where he’ll host live on-stage game shows, raffle giveaways and even two sets of live music performances from CoLab’s Foolery.

And the prizes we got lined up to hand out this year? They’re insane.

How to you win them? Well, we will be selling raffle tickets for $1 at the door (all proceeds from these will go to benefit the Genesis Women’s Shelter & Support) and giving $10 worth of raffle tickets to anyone who brings hoodies, jackets, blankets, socks and hygiene products (tampons, toothpaste, deodorant, etc.) to be donated to Austin Street Center. We’ll start drawing raffle tickets at around 9 p.m., and you can purchase as many tickets are you want, as giveaways will take place well on past midnight. We’ll try to save the biggest prizes for around midnight, too — an important note, as you have to be present and holding your ticket at the time of its drawing to claim your winnings.

In our three previous years of hosting this thing, we’ve raised thousands for charity and donated countless other items to those in need. We’d love for you to join us tonight — doors open at 8 p.m. — and help make our fourth run at this our biggest to date.

Between the music, the prizes and the general hijinks, it’s a grand ol’ time.

Plus, like we already said, the prizes you can leave tonight with are insane! Check them out below.