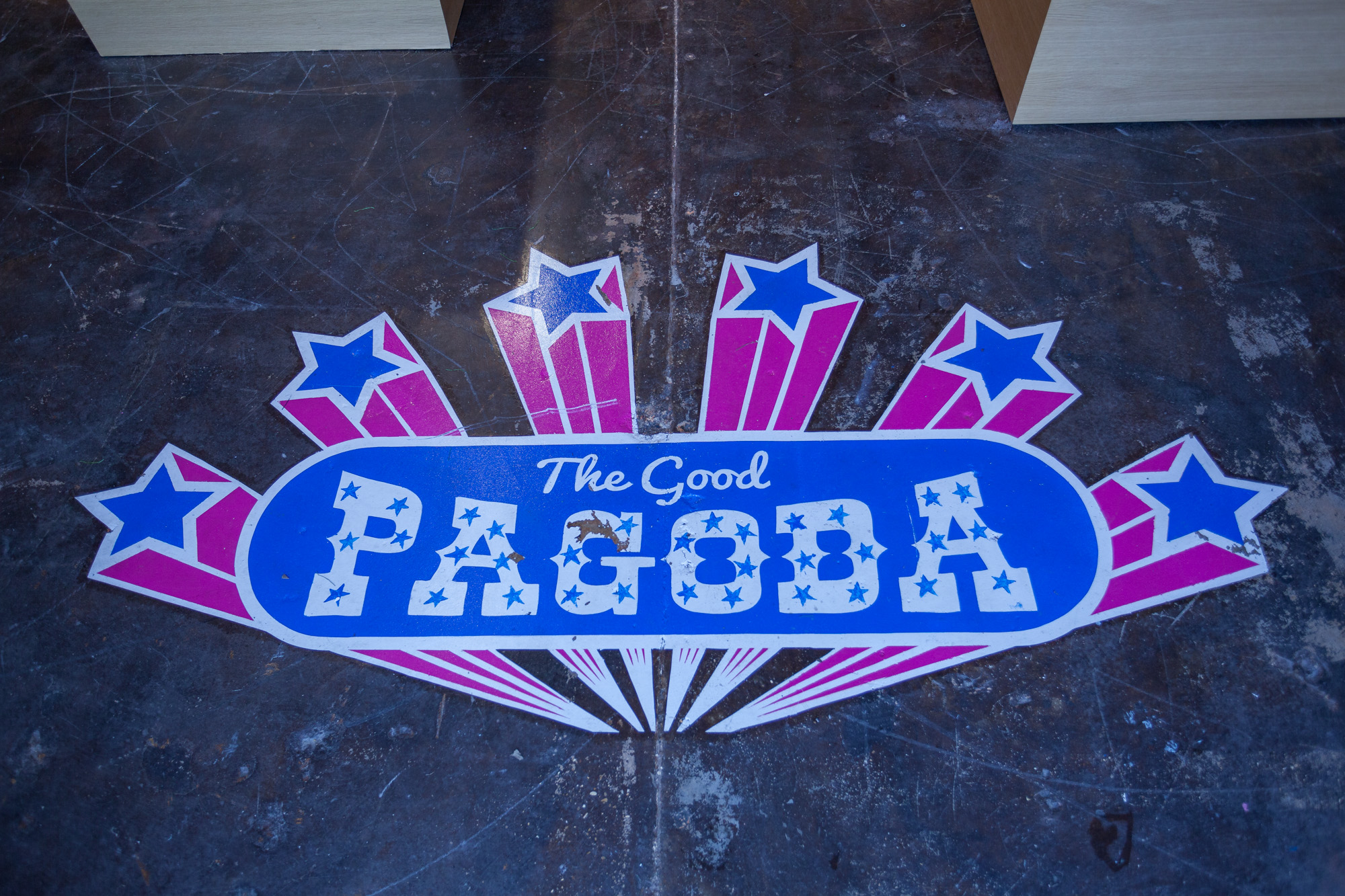 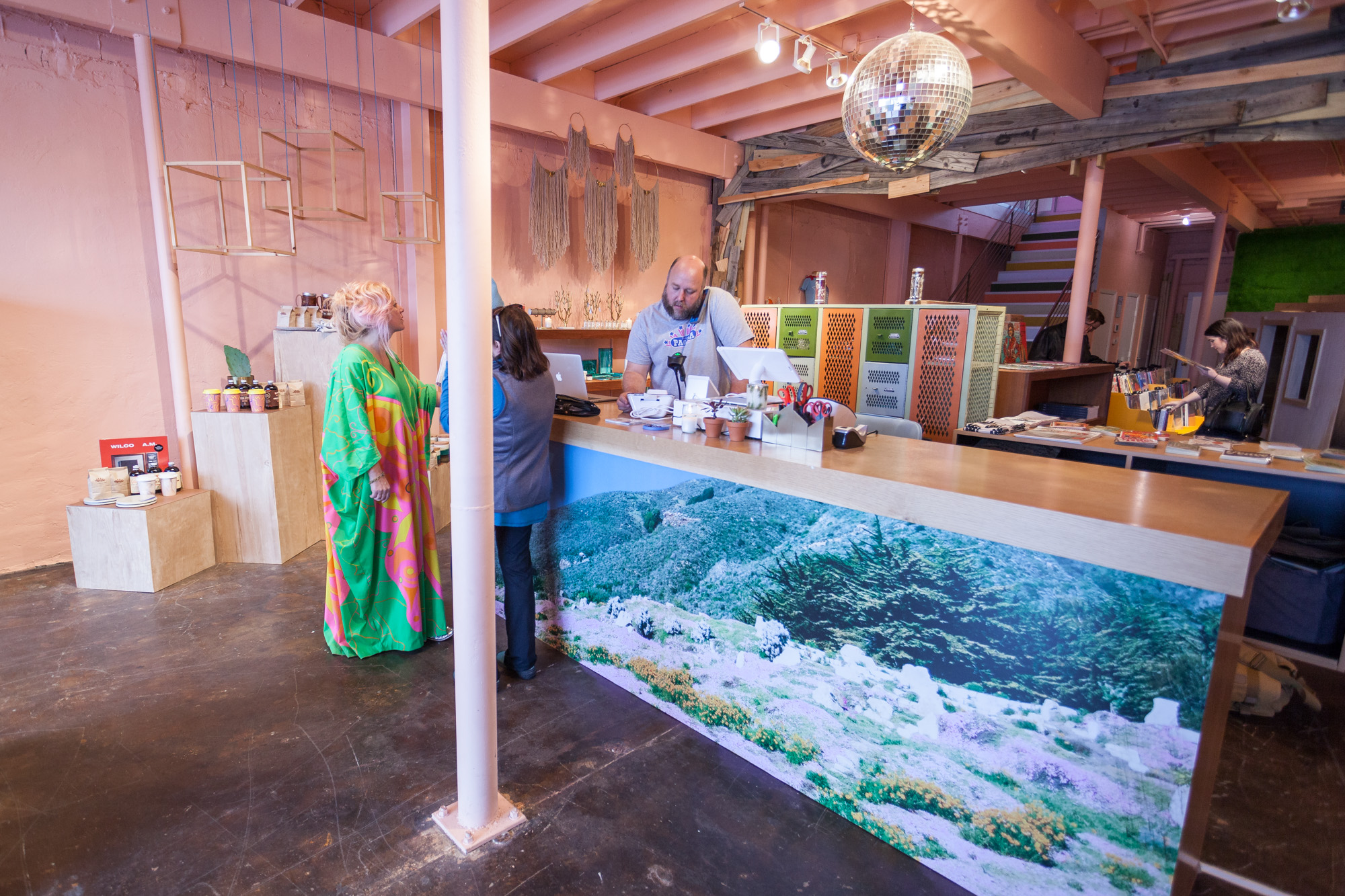 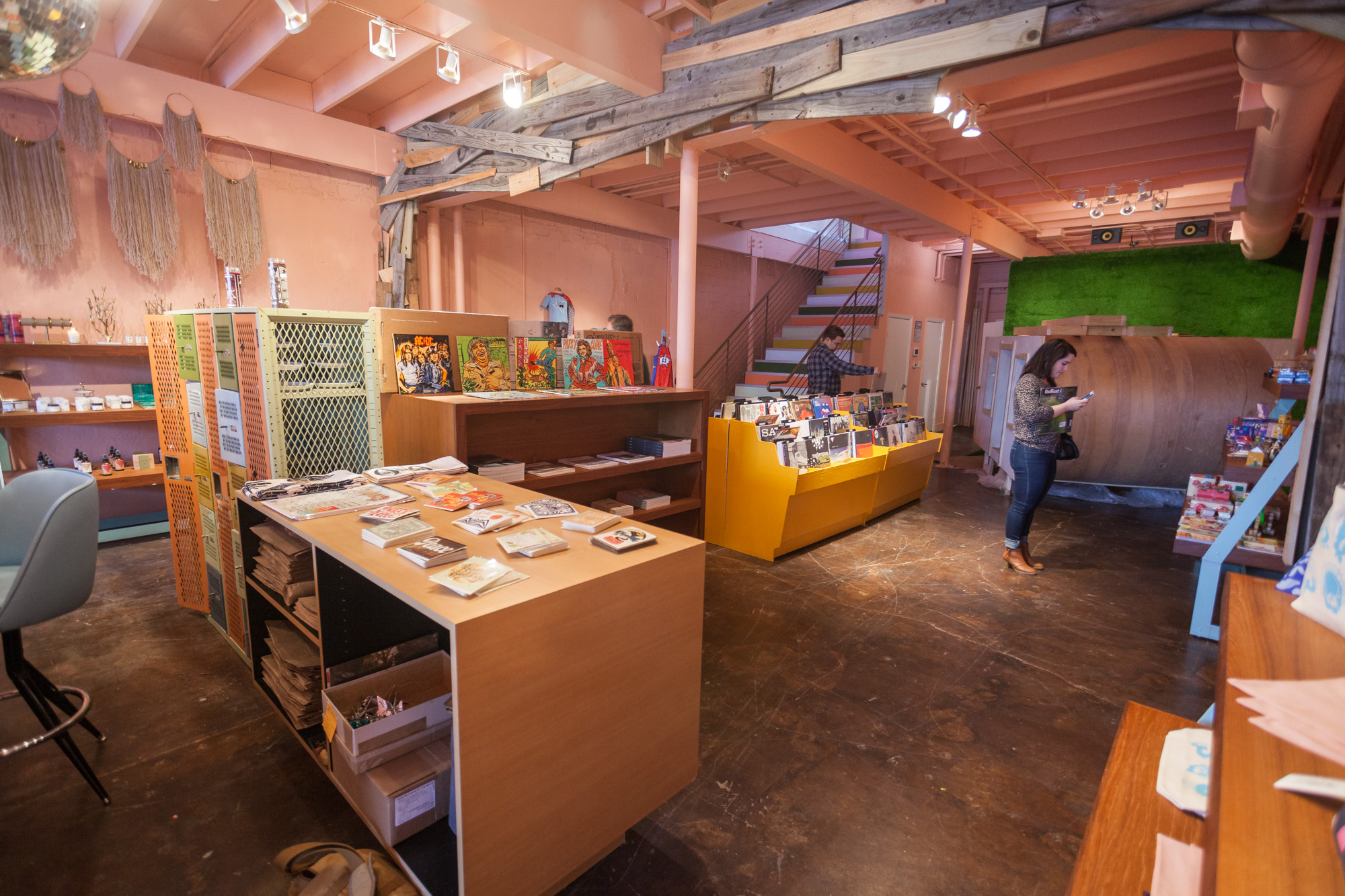 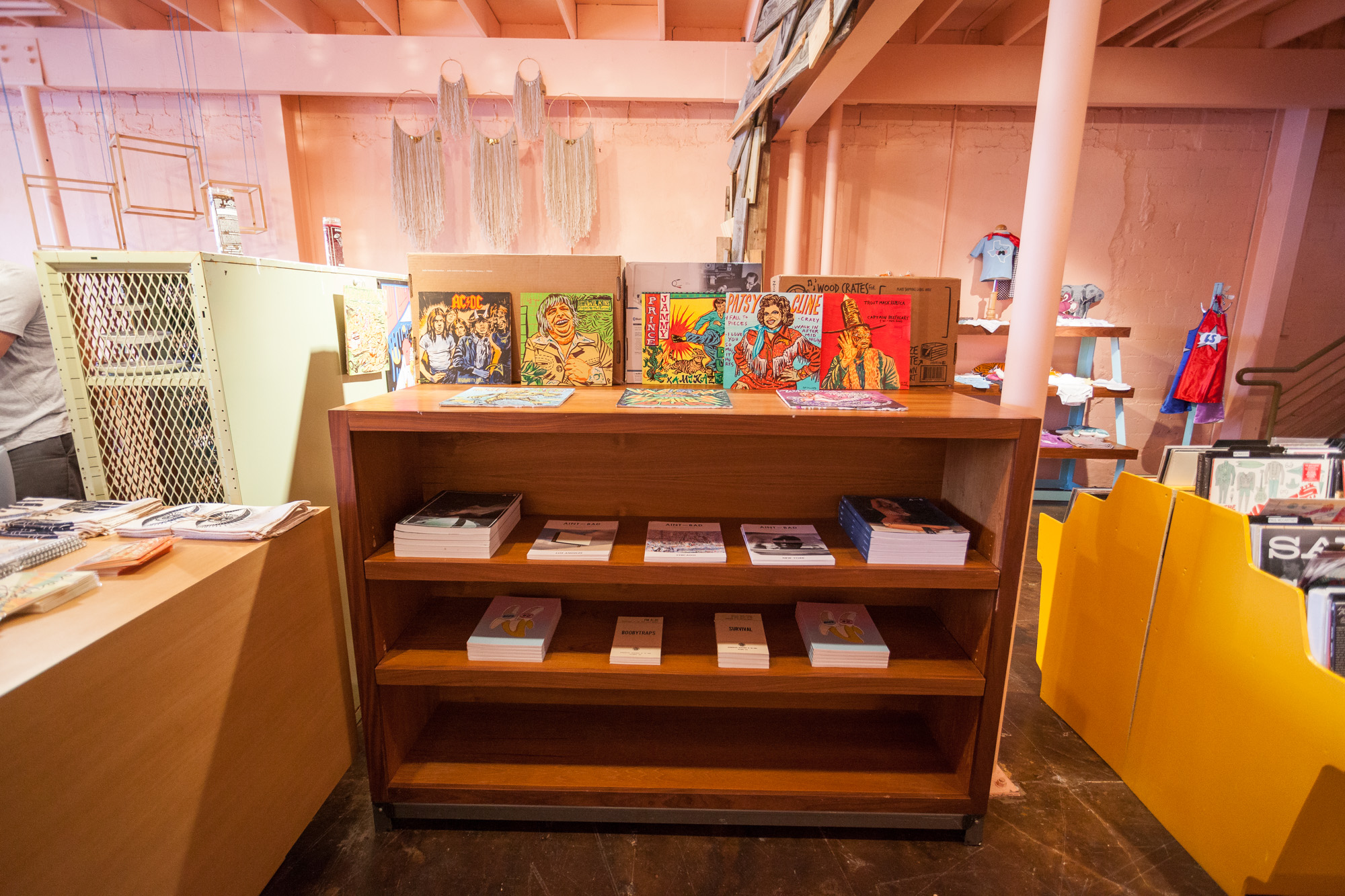 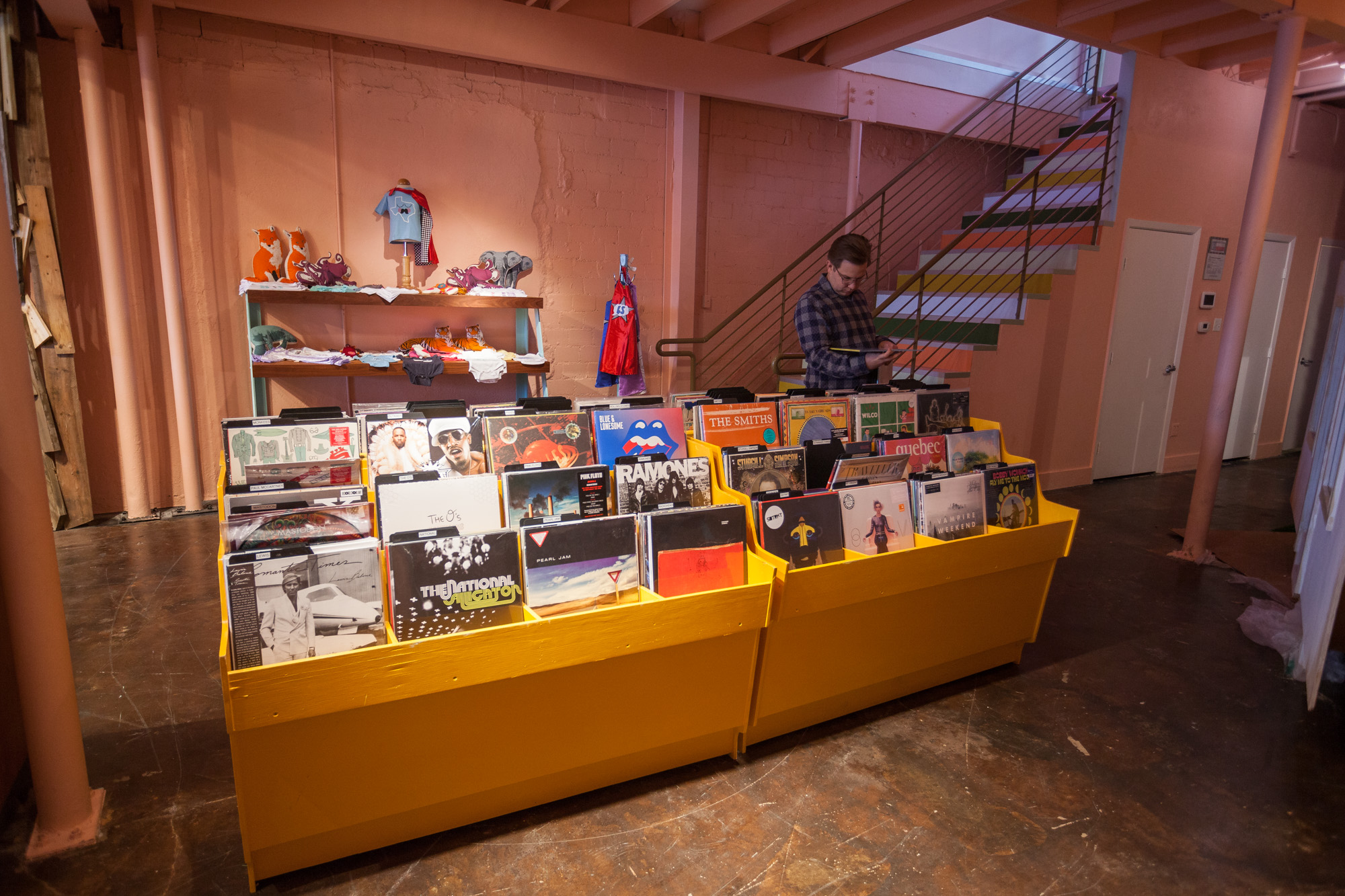 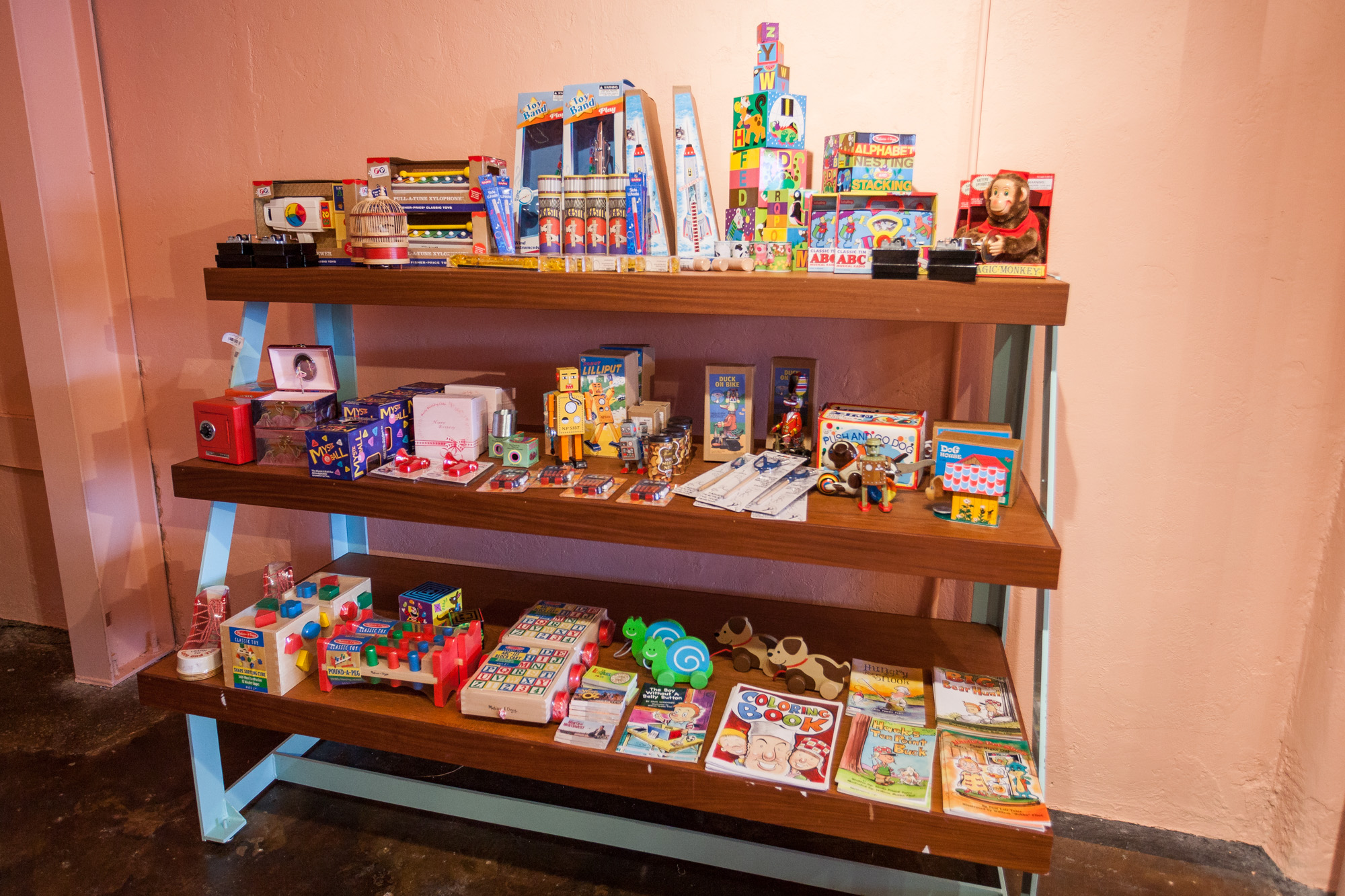 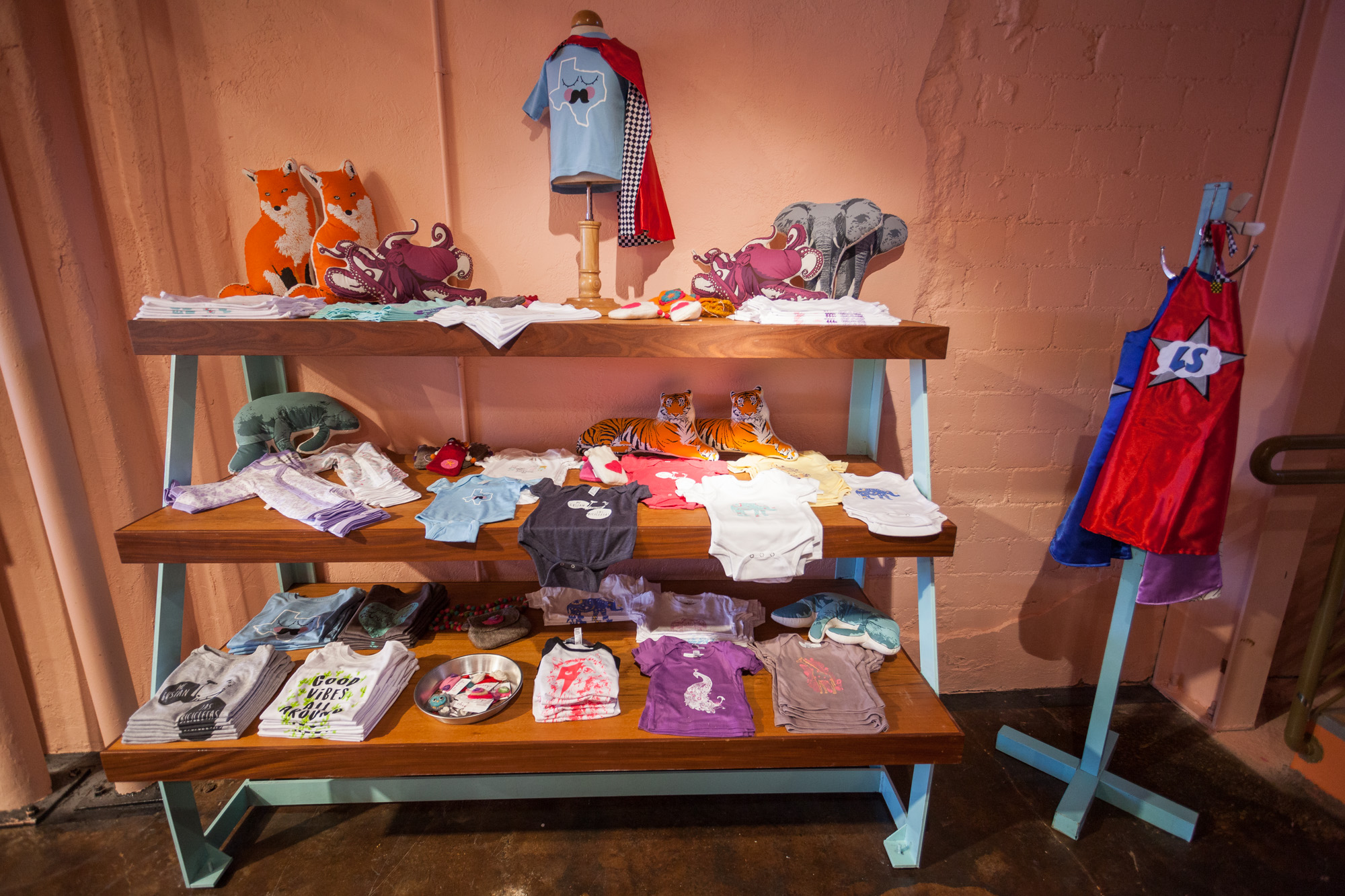 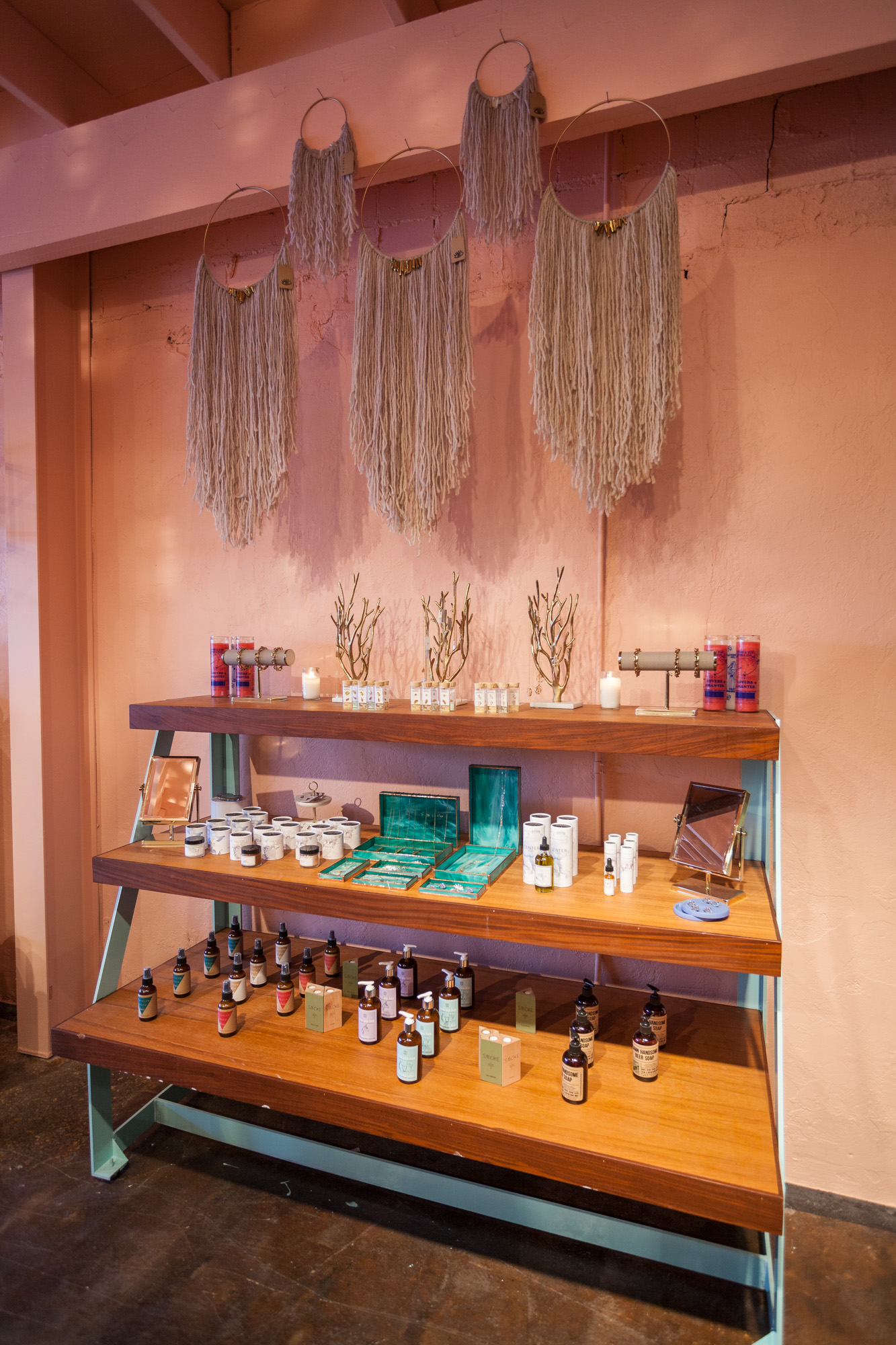 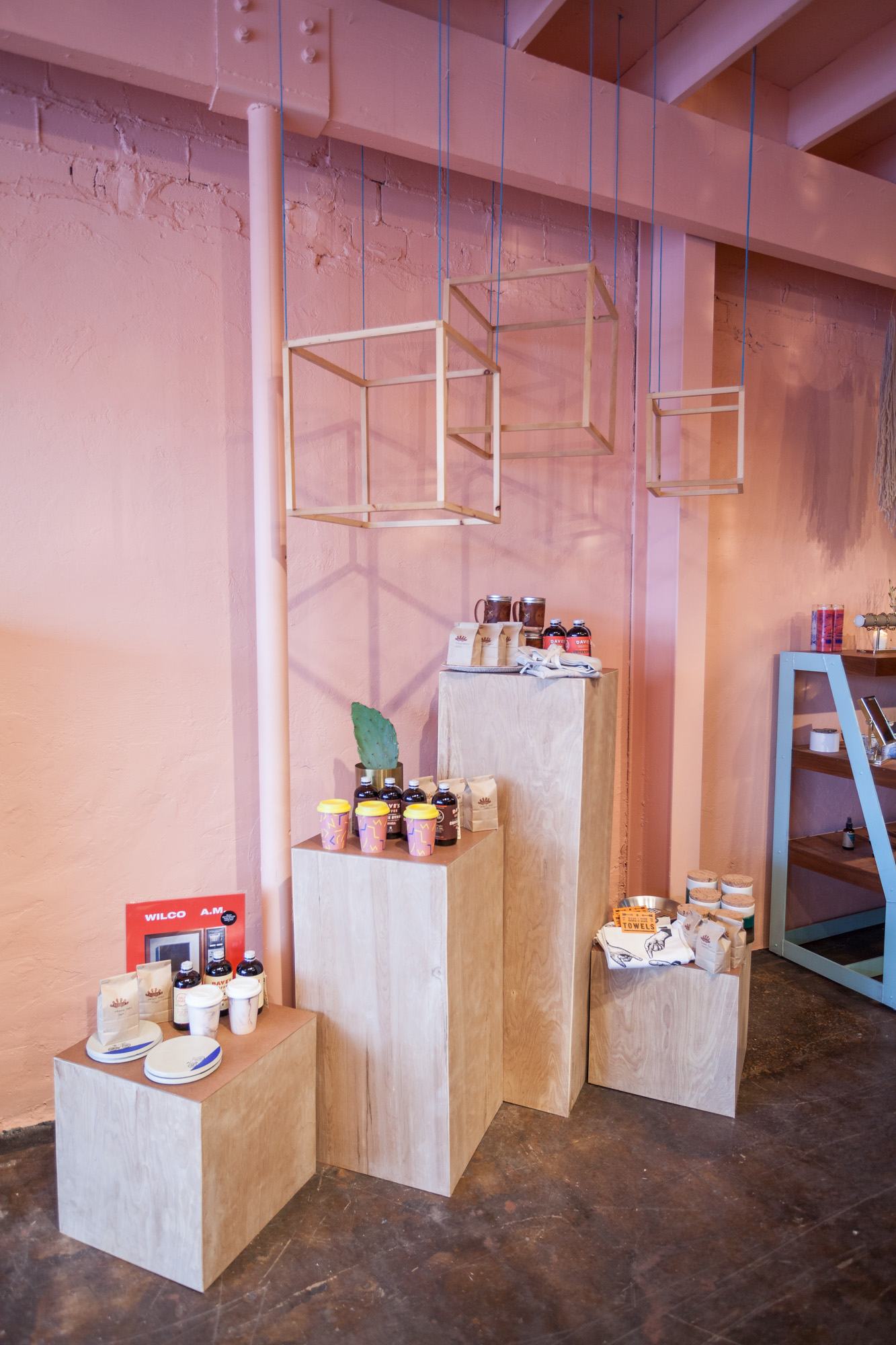 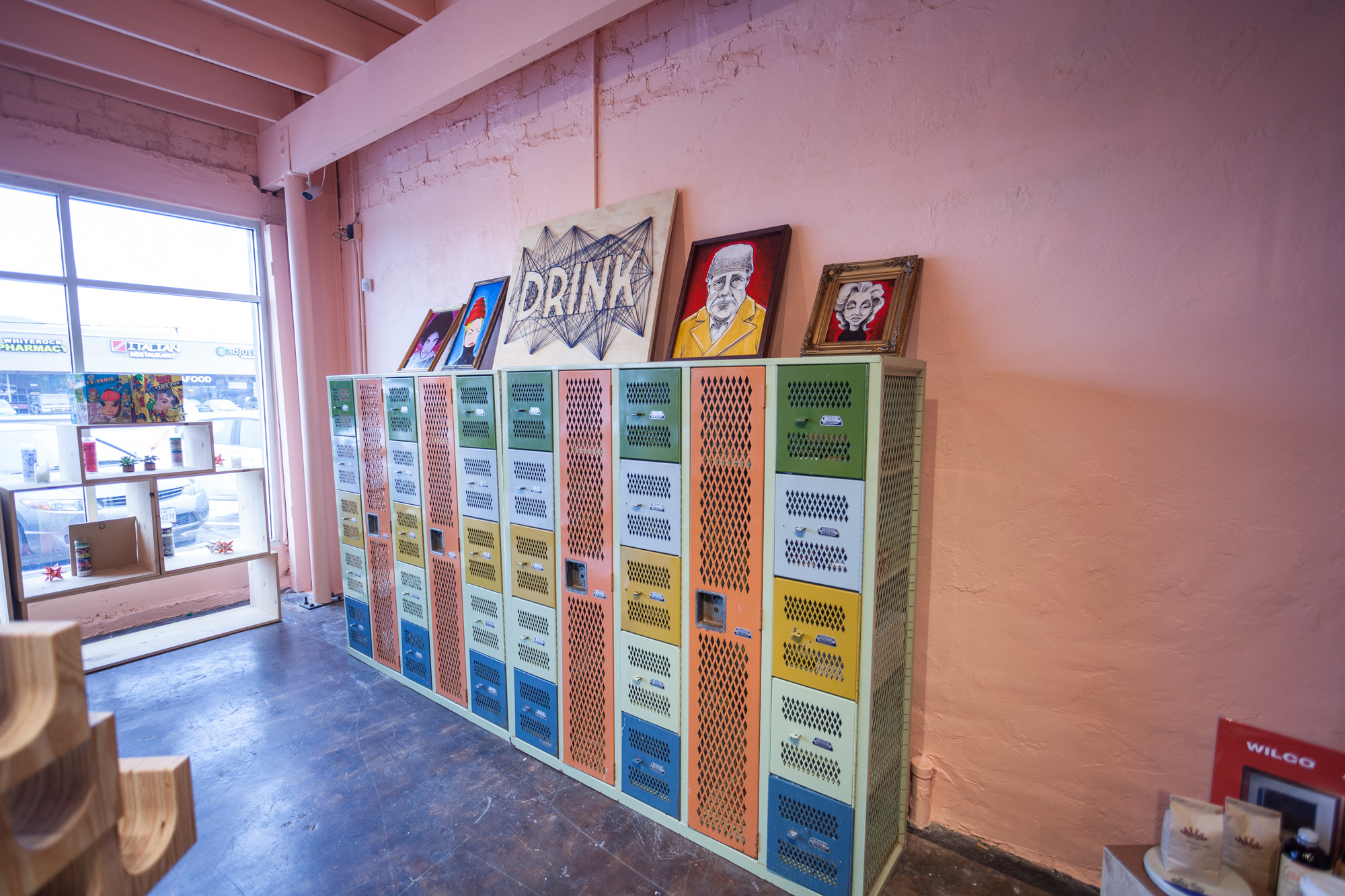 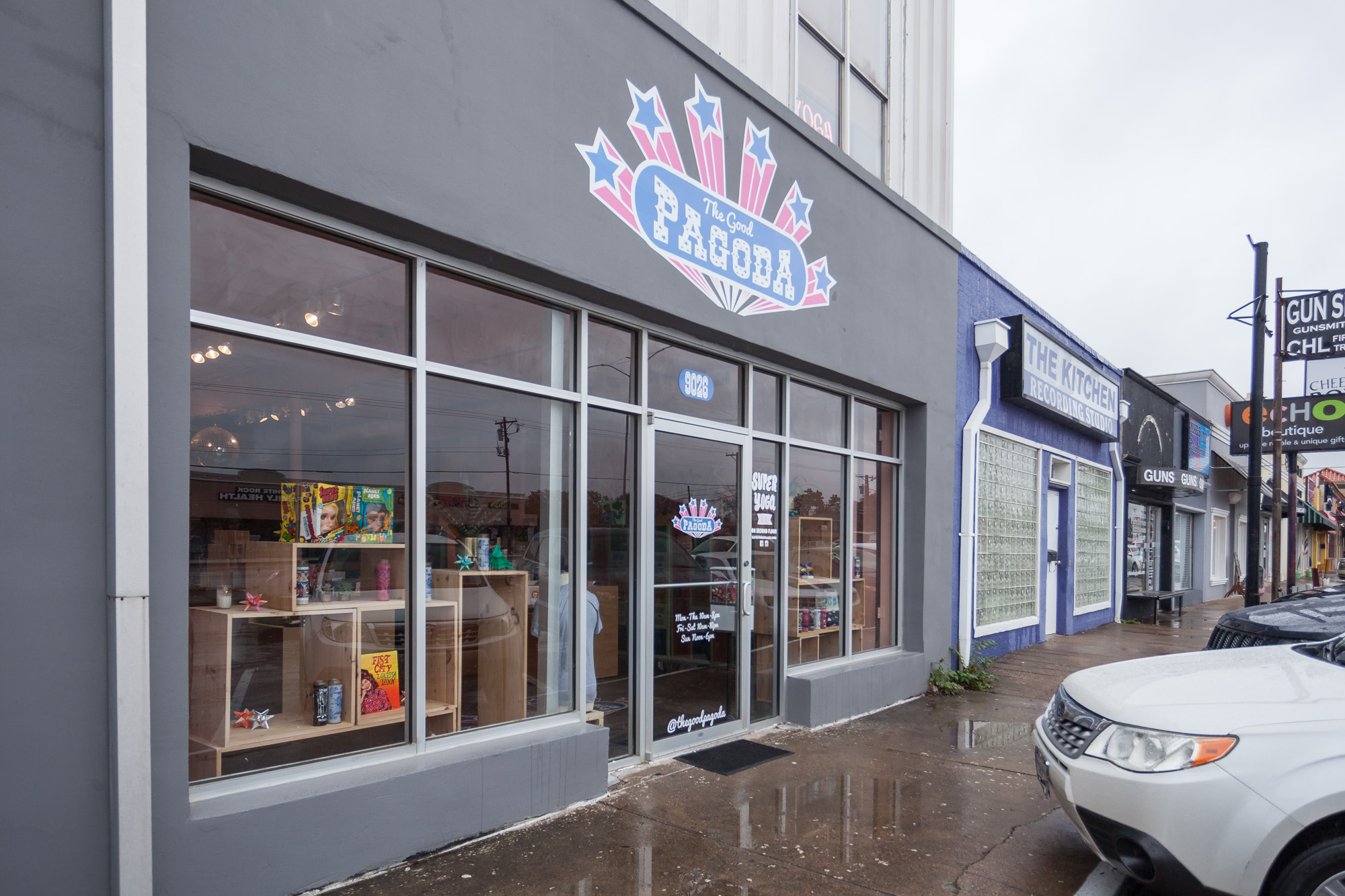 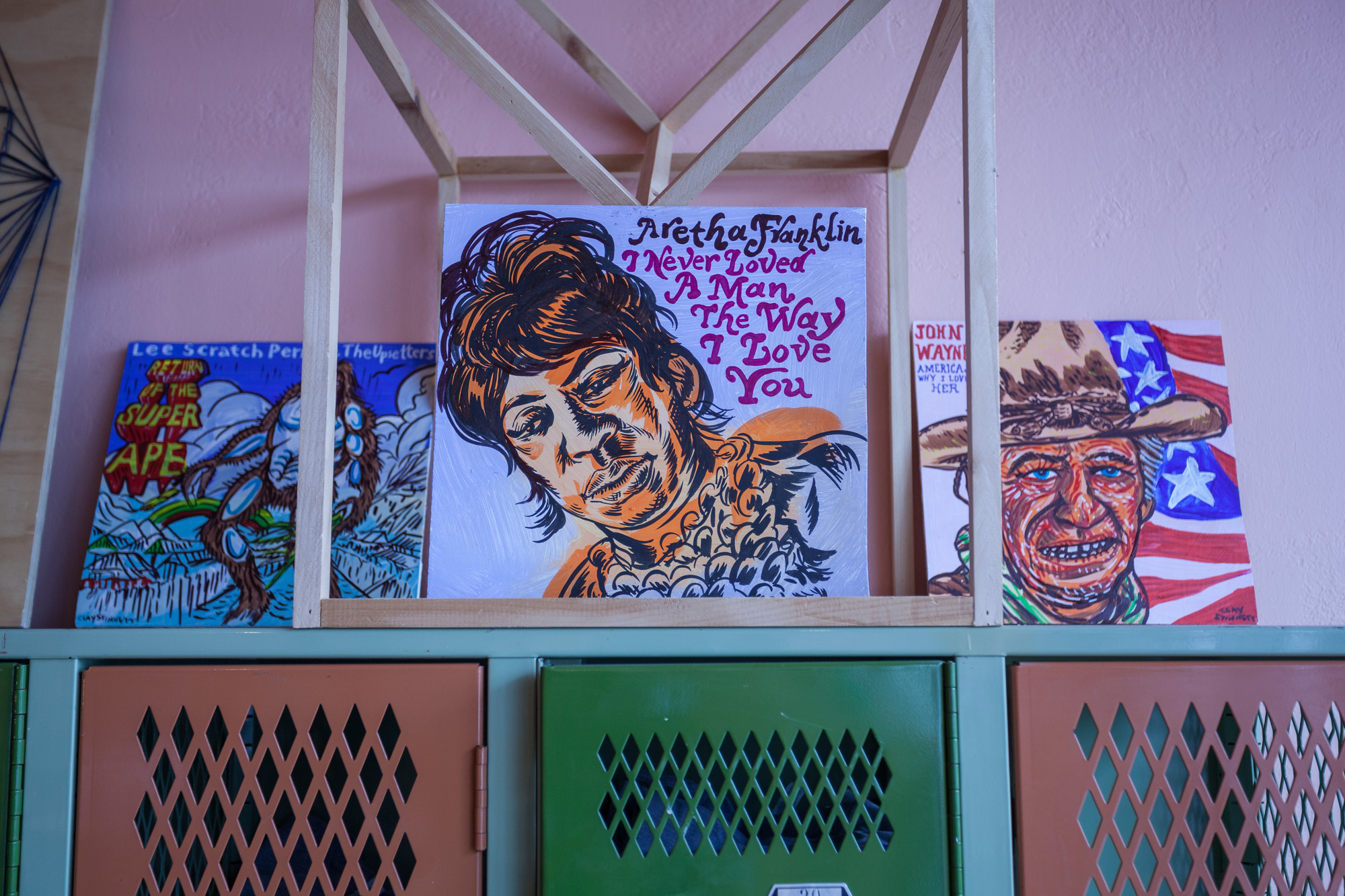 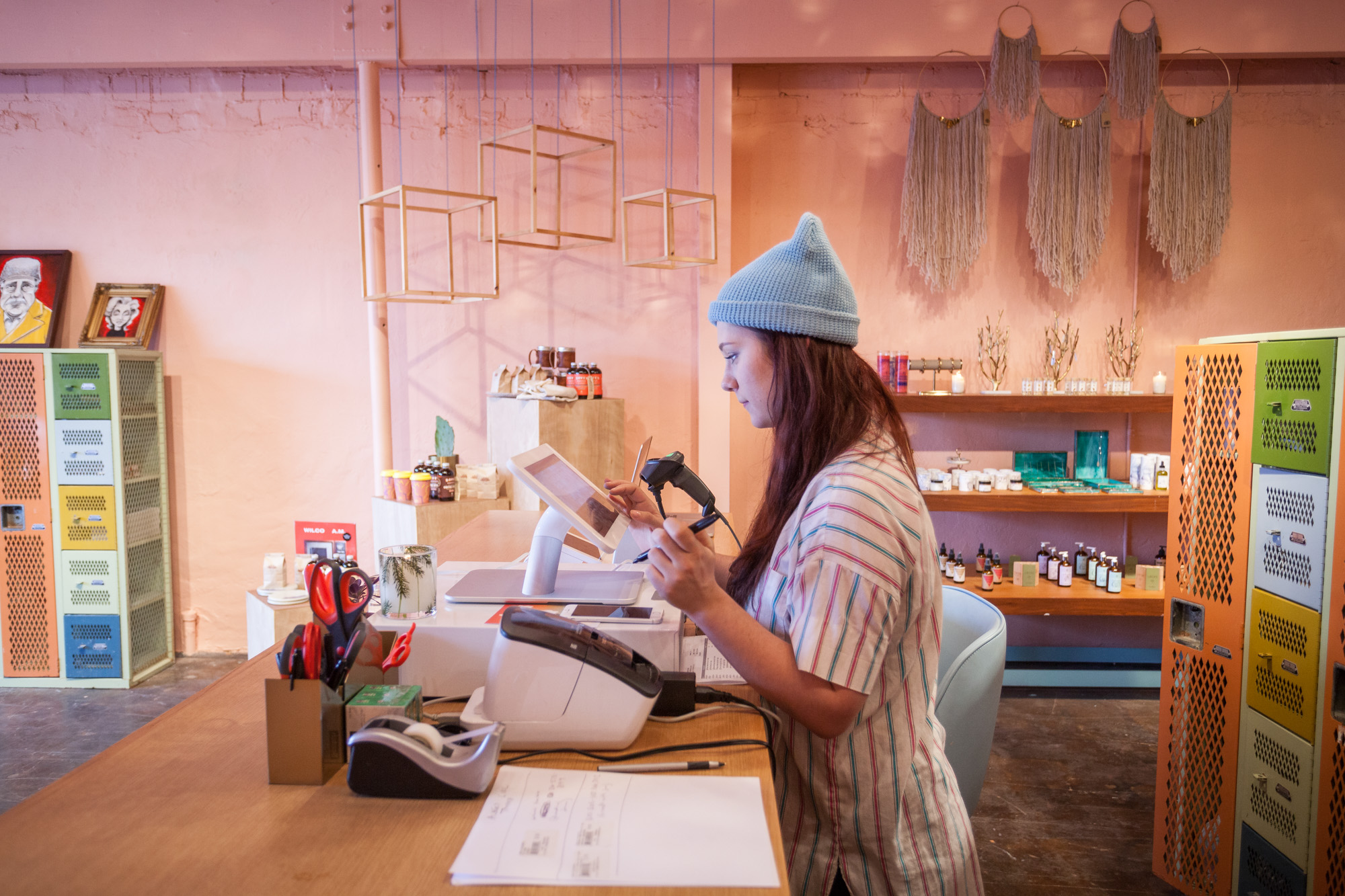 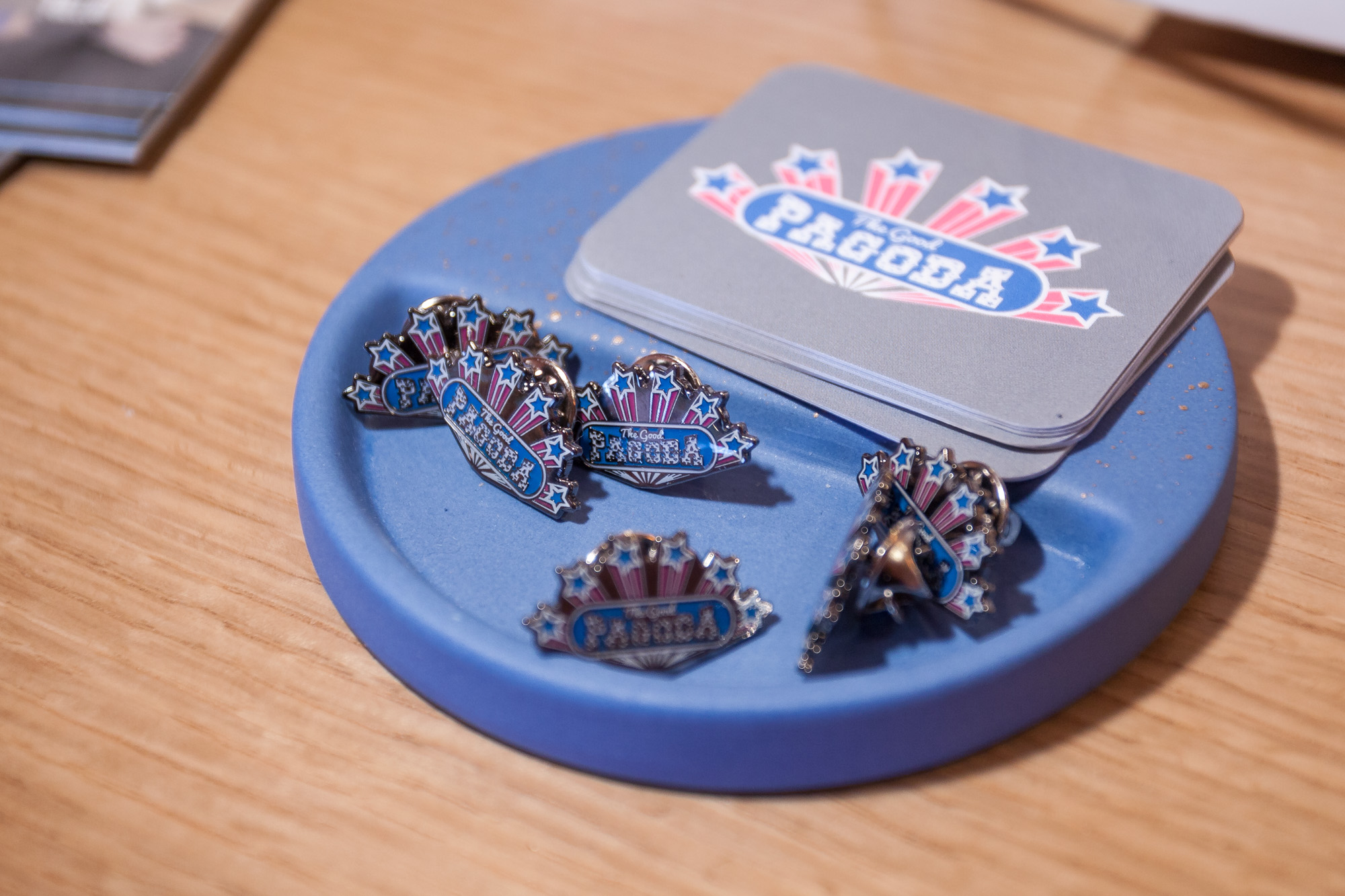 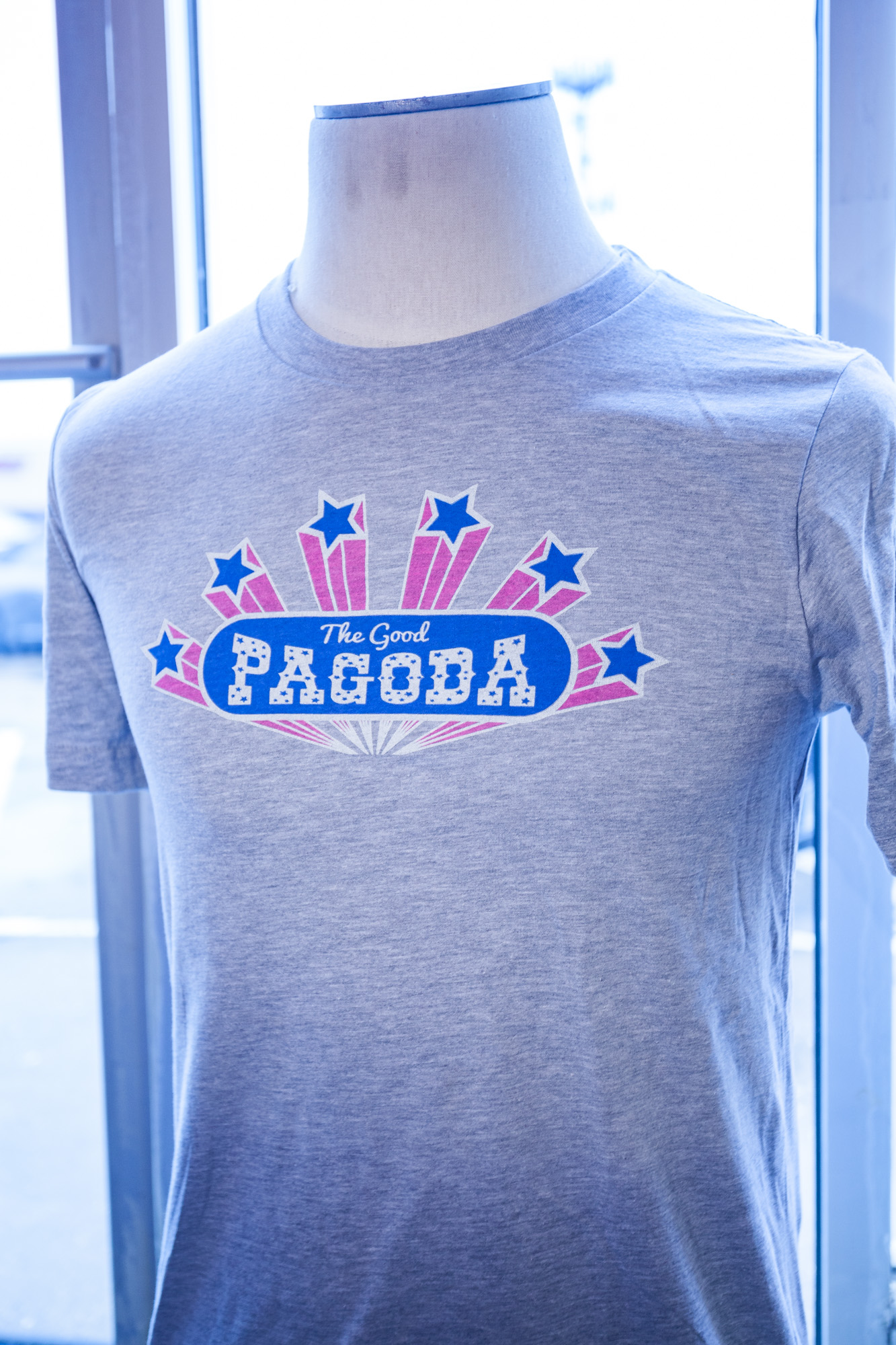 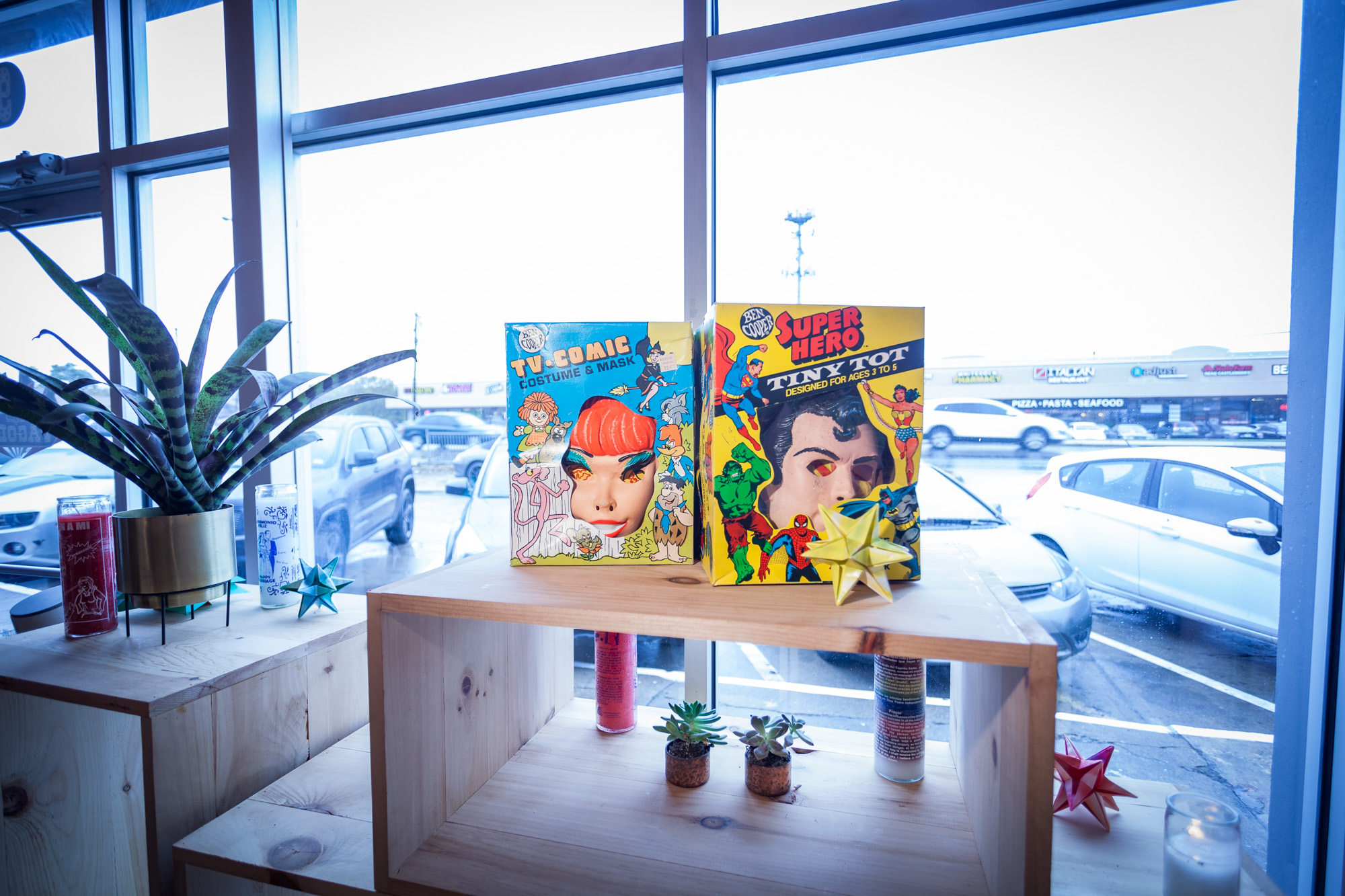 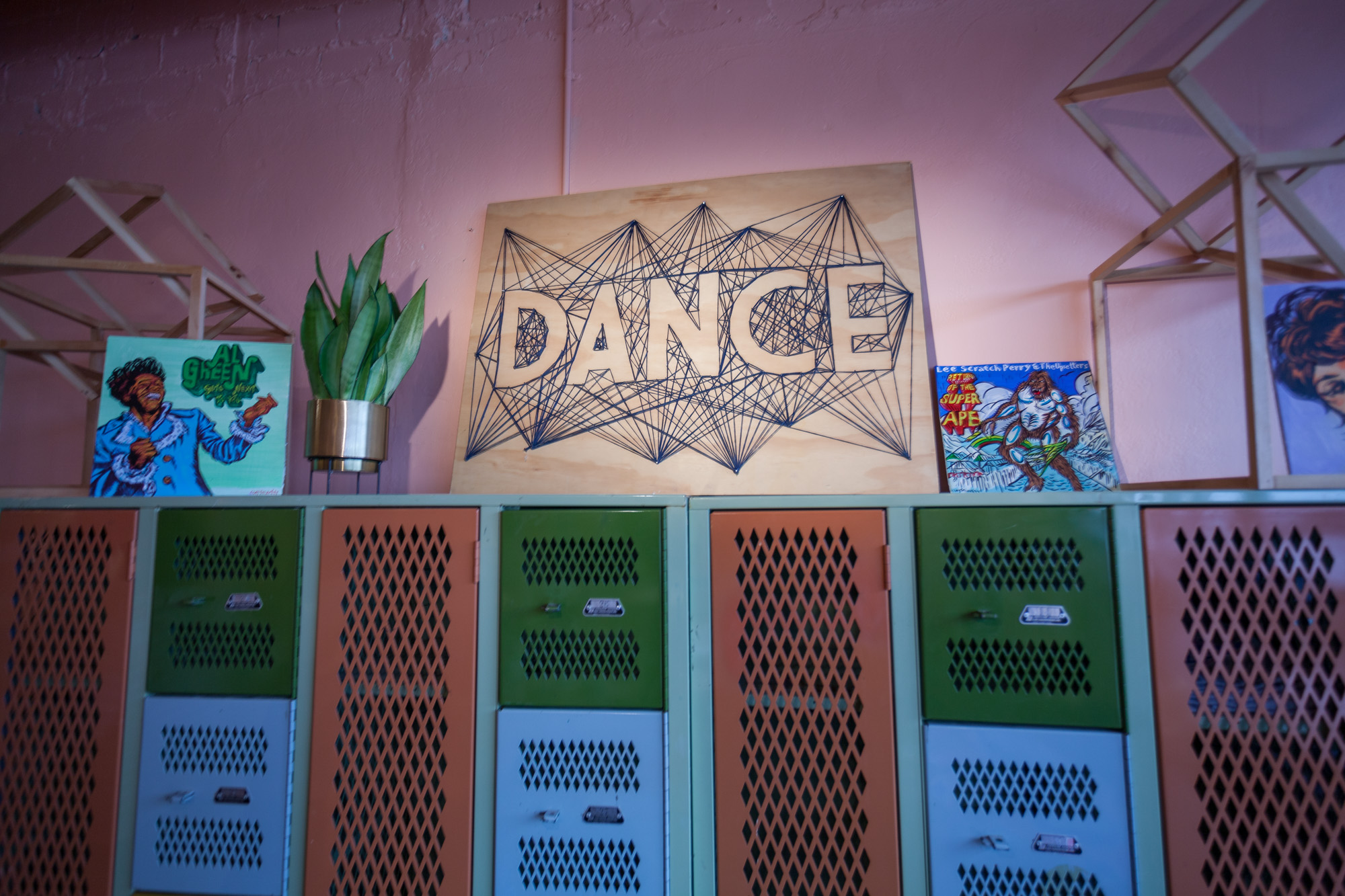 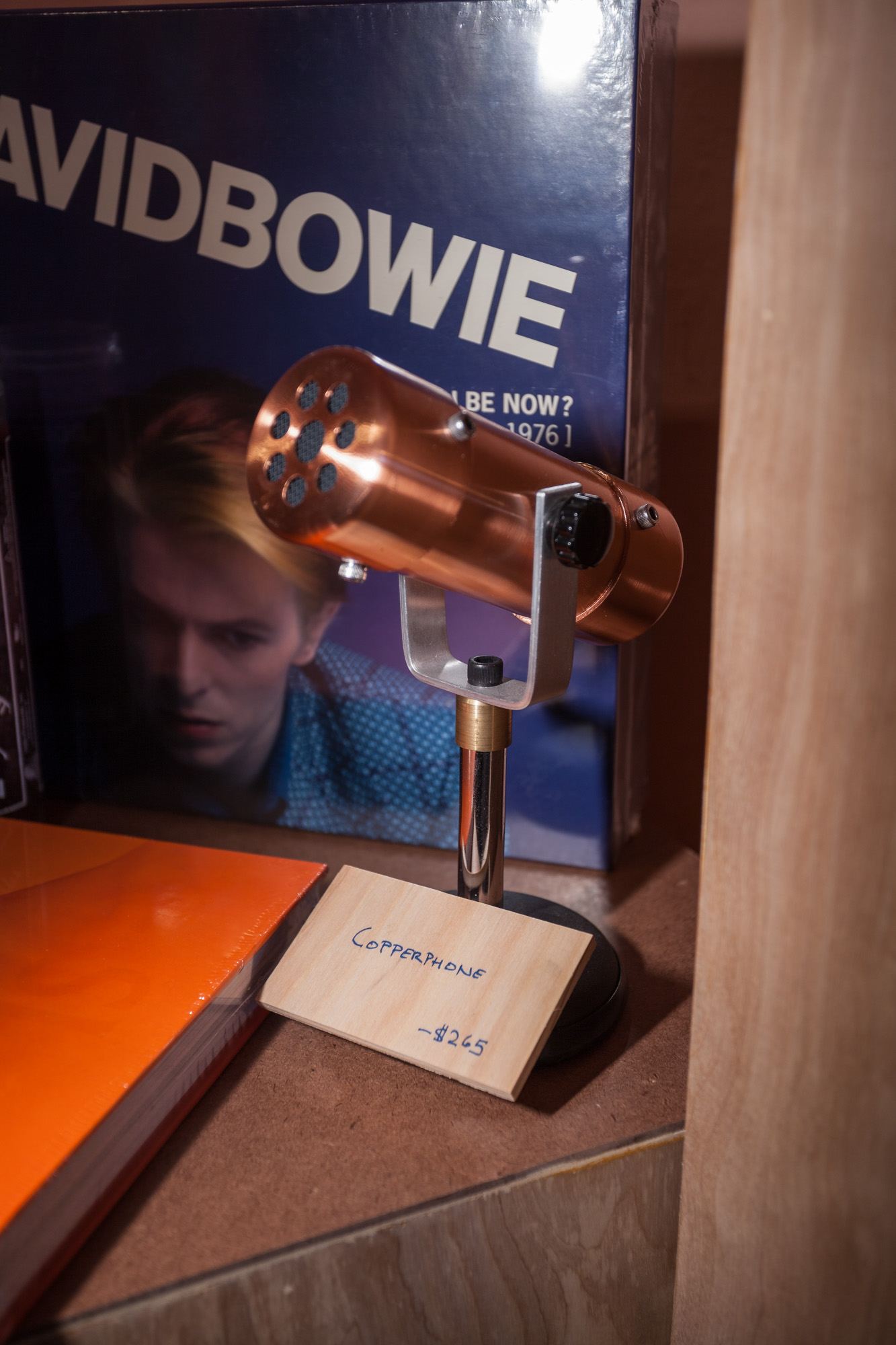 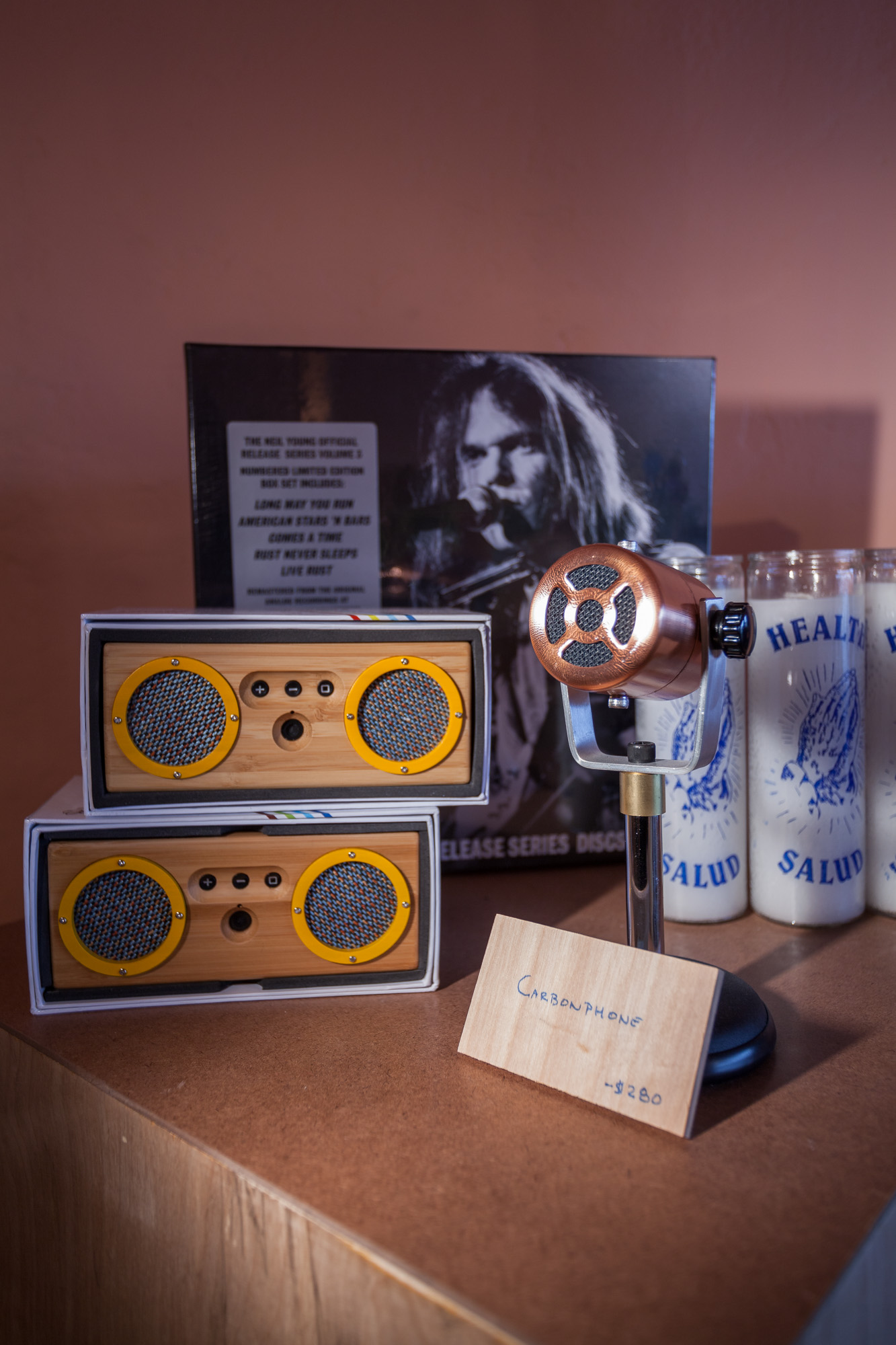 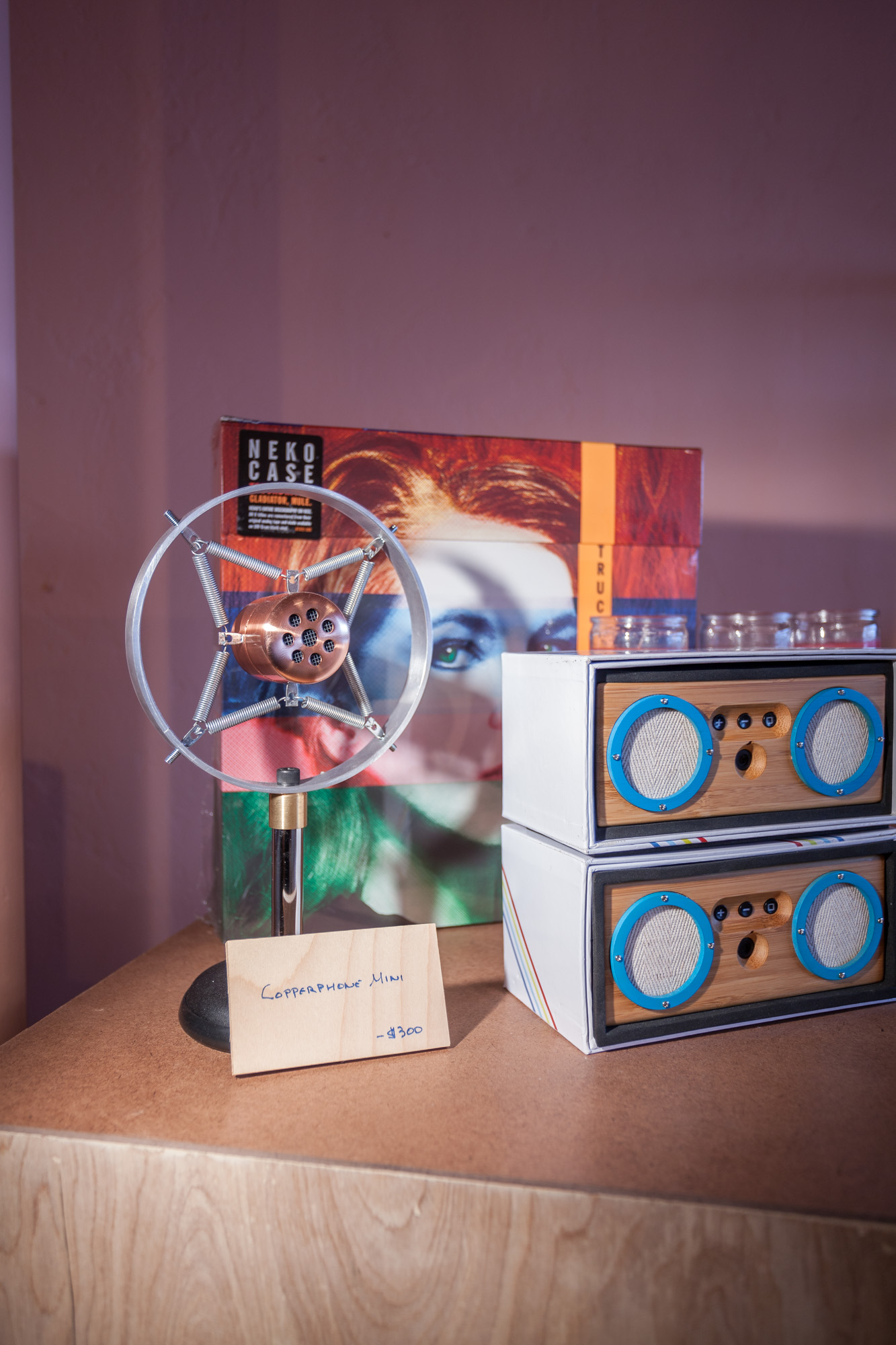 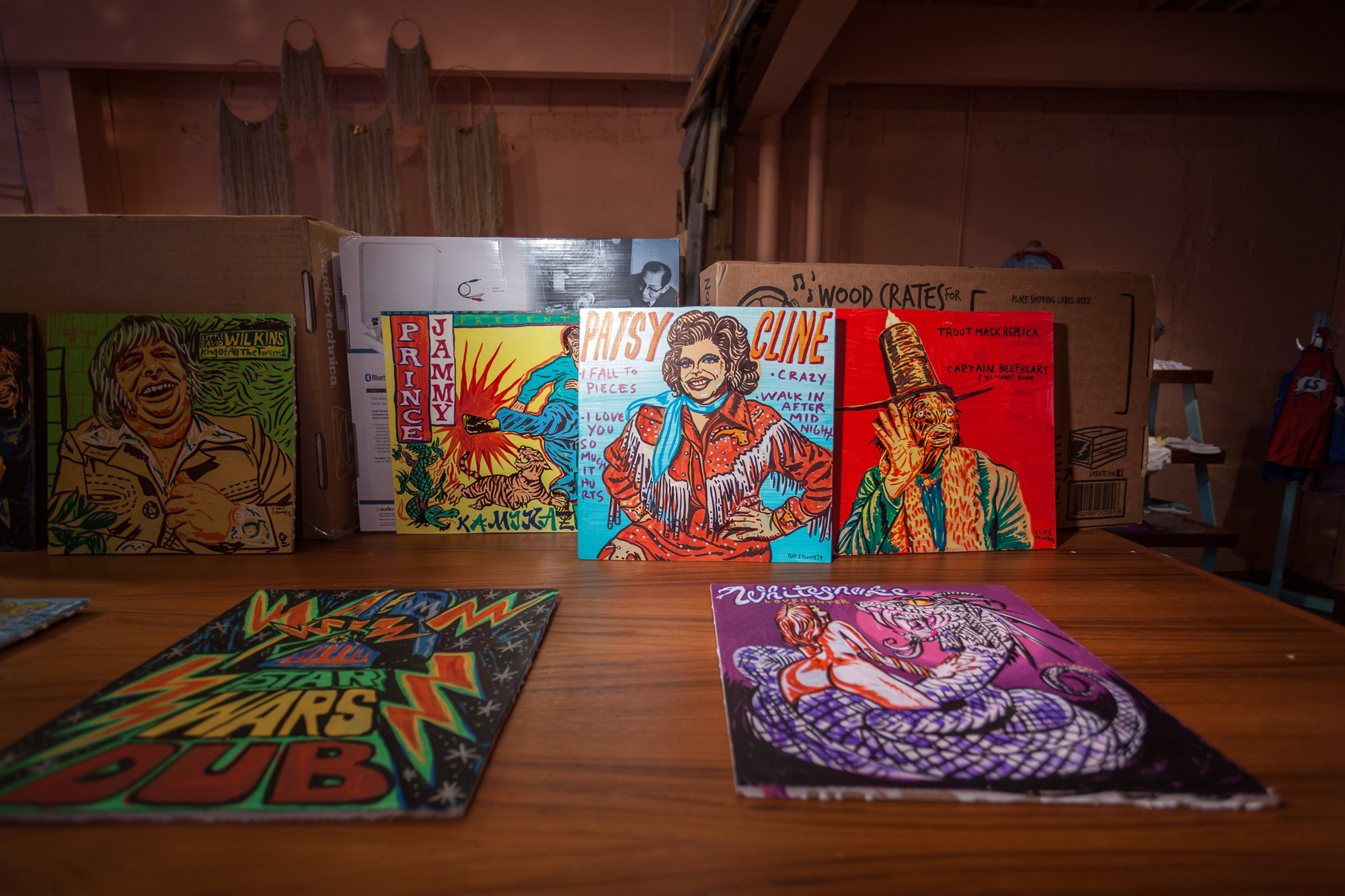 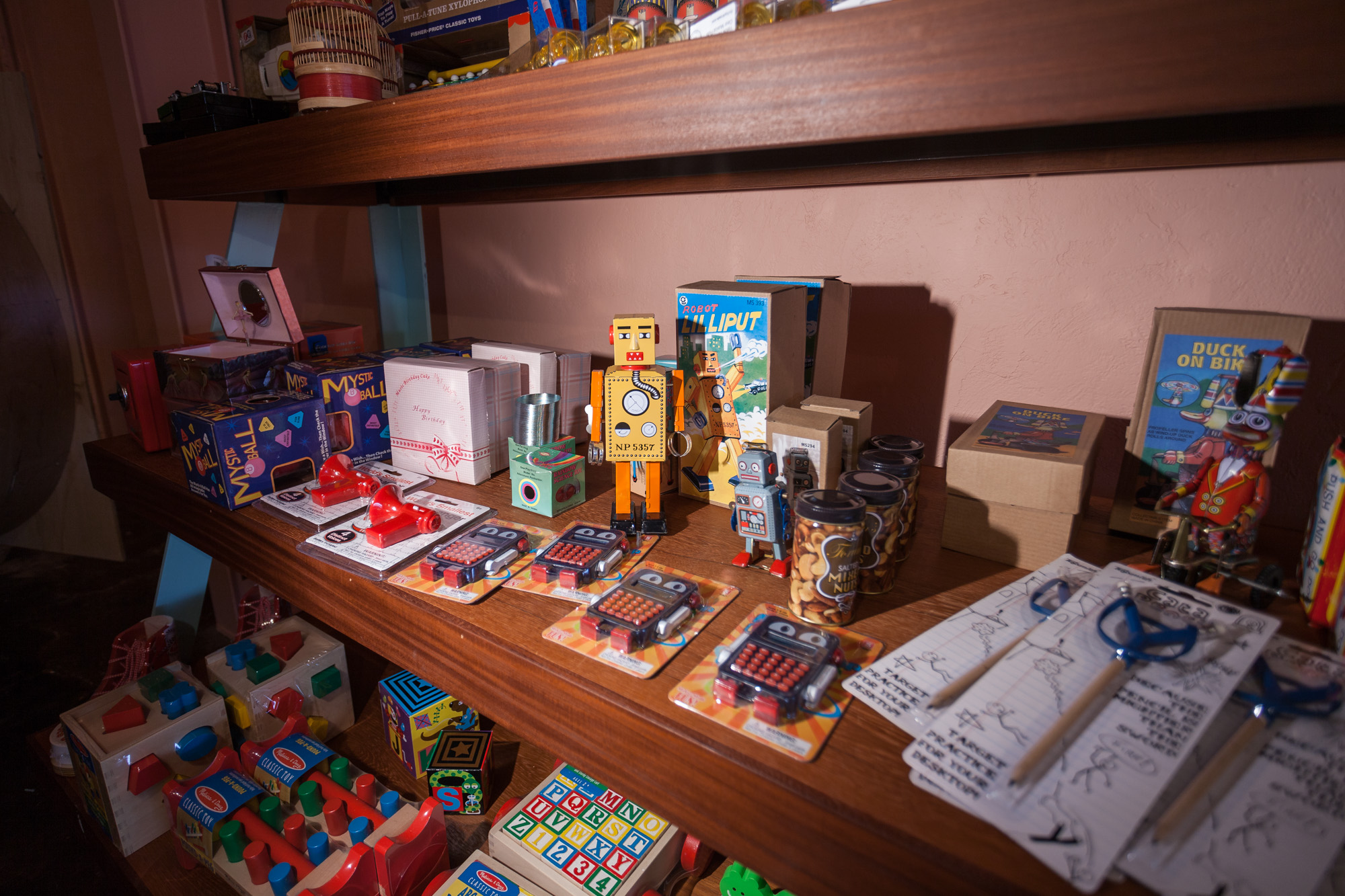 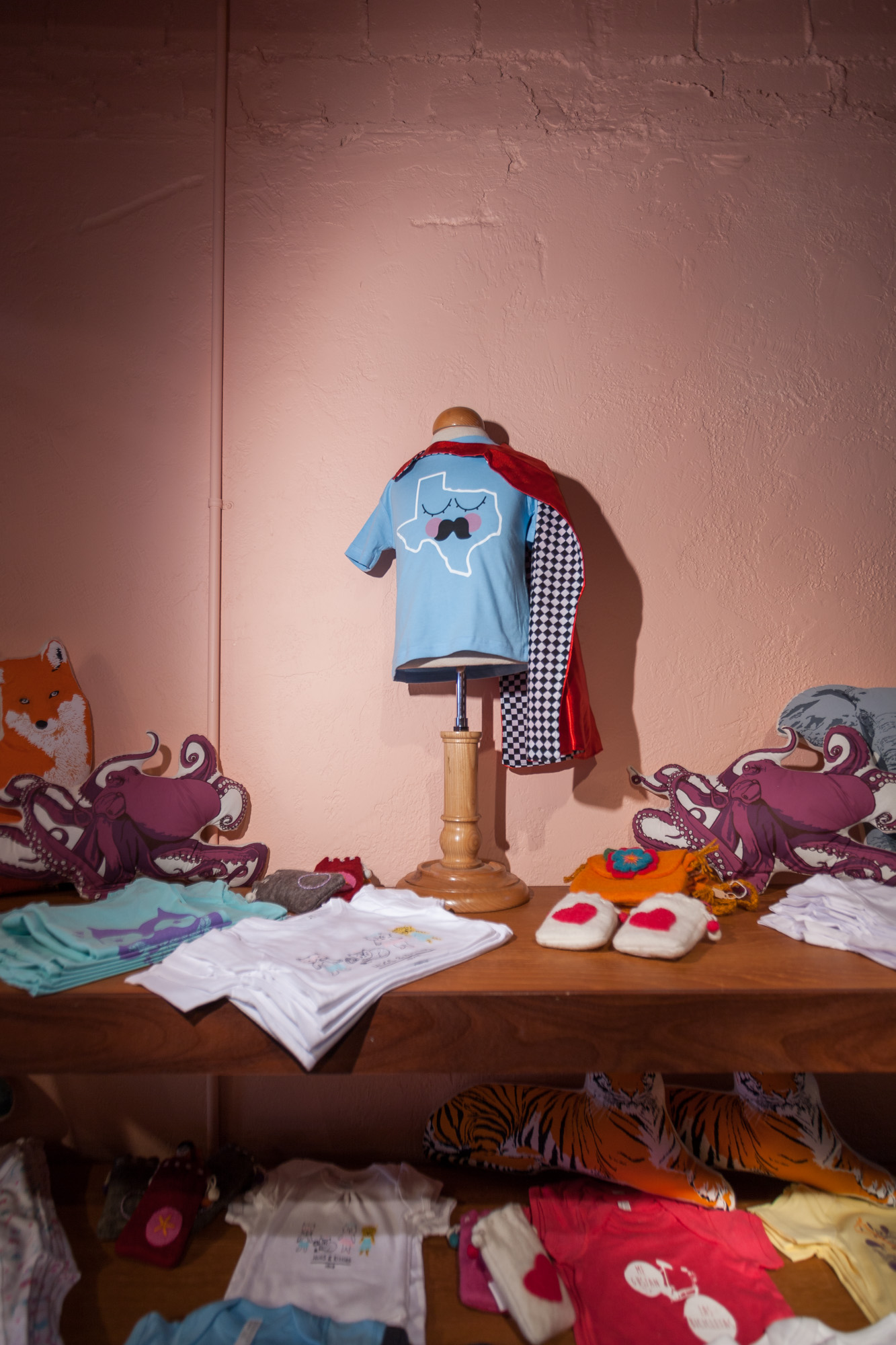 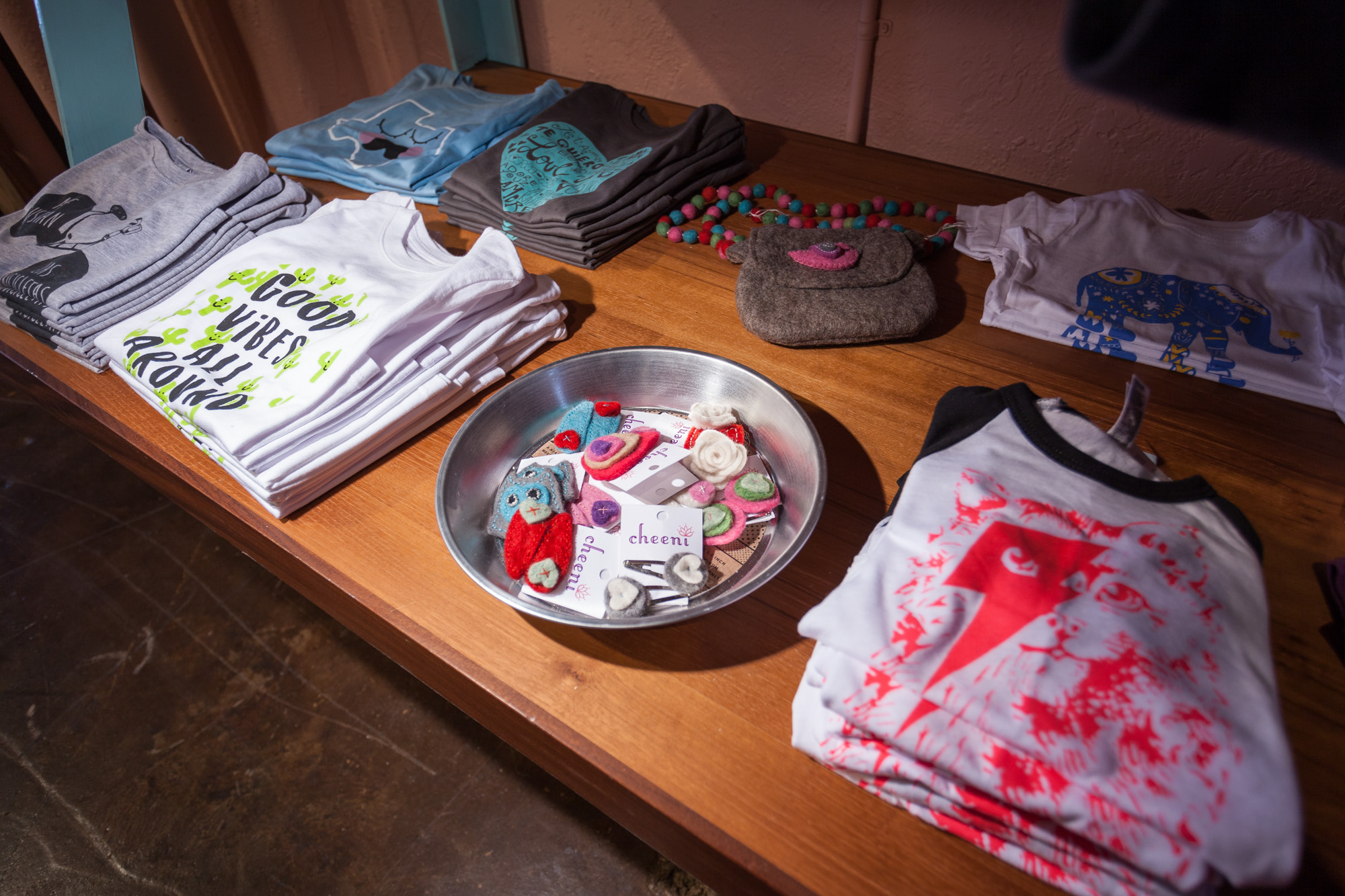 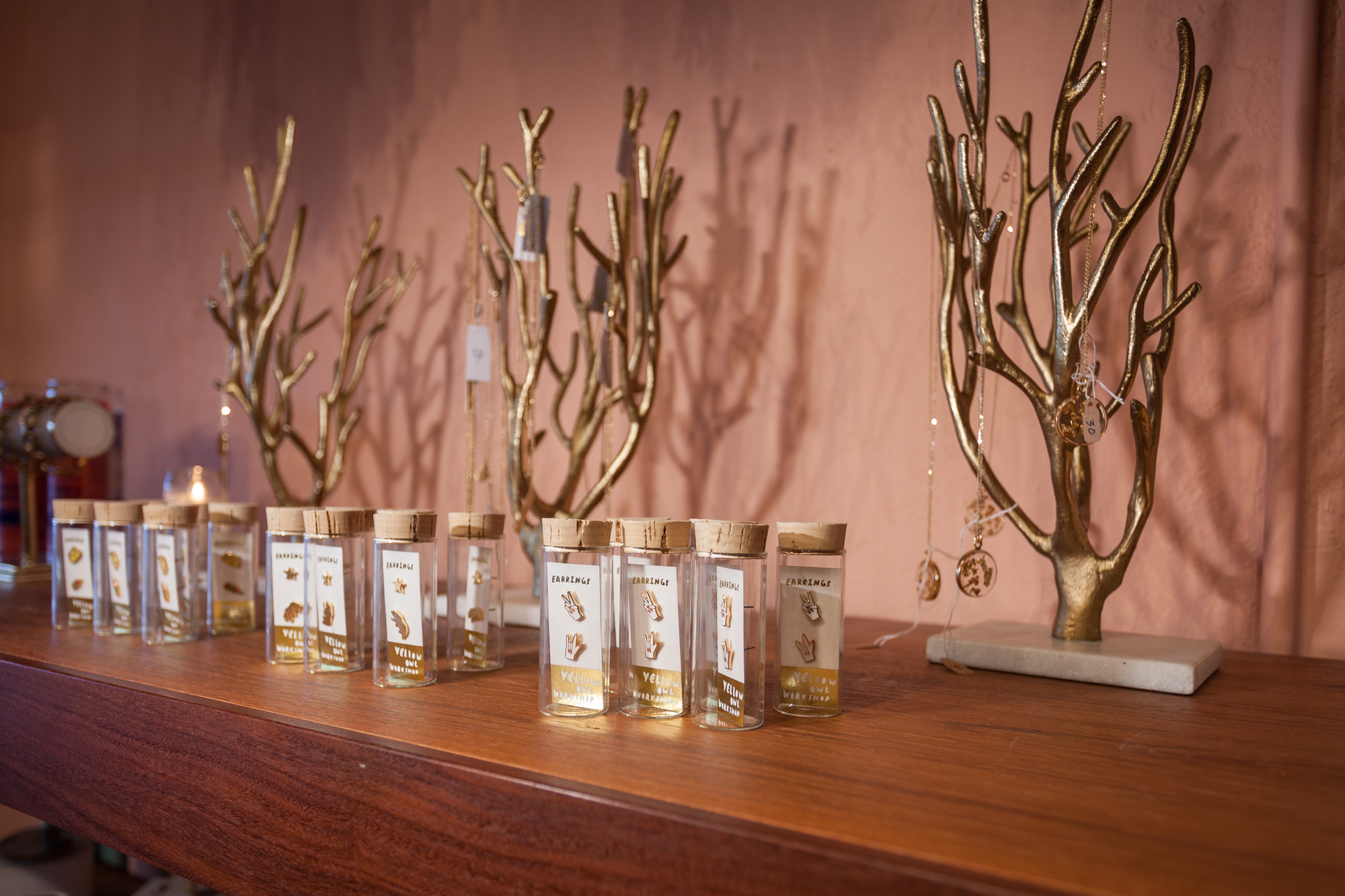 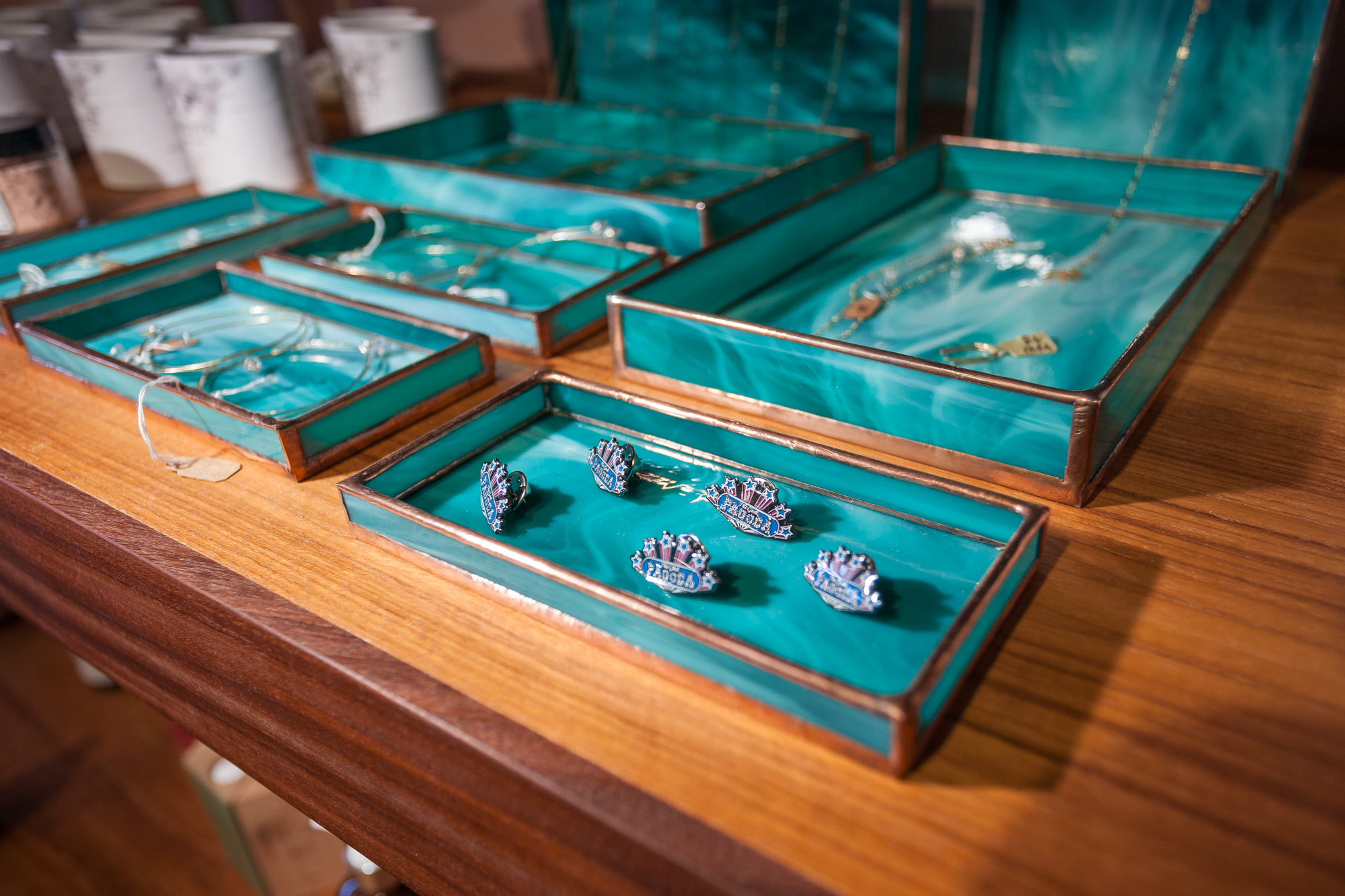 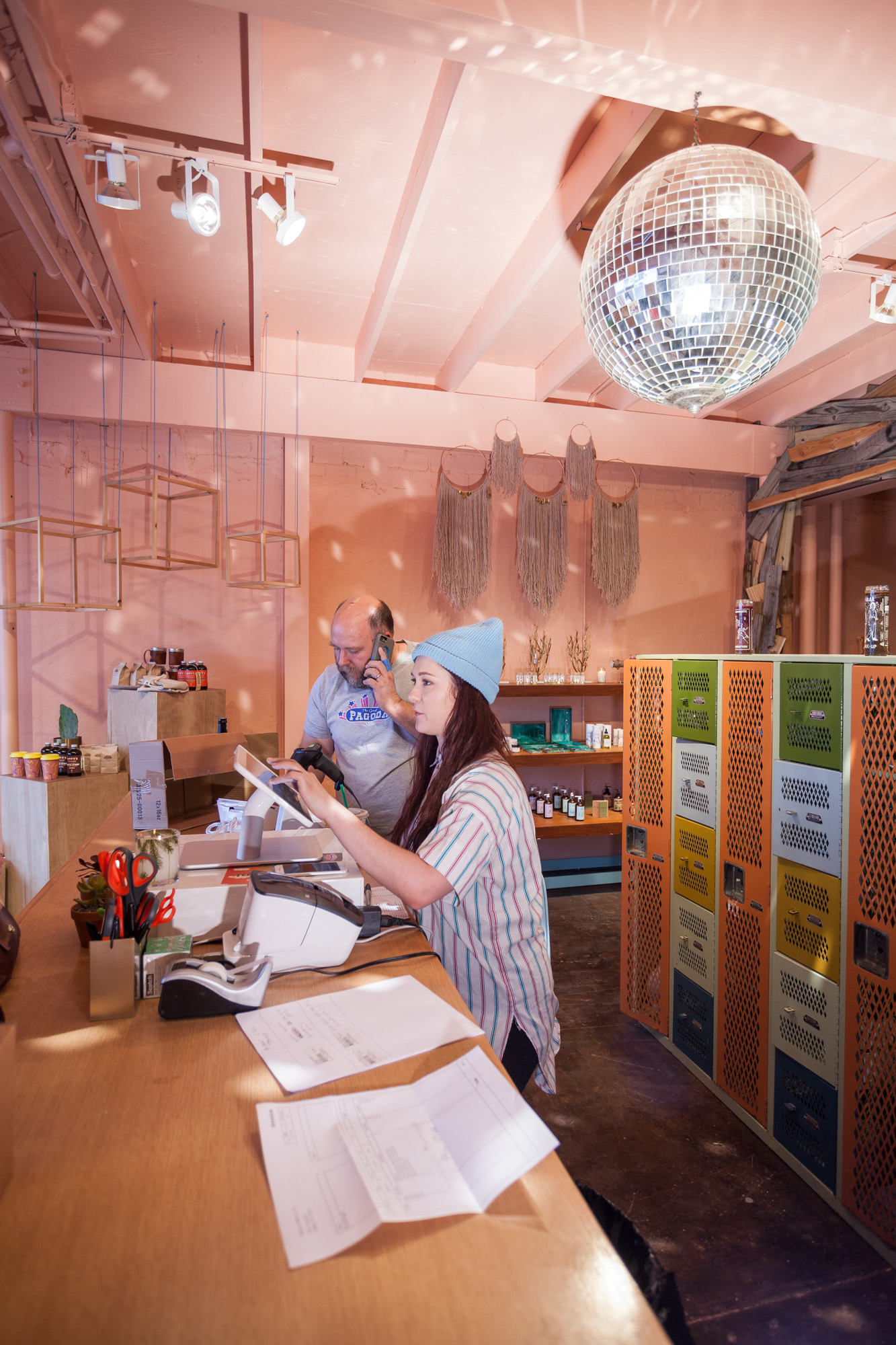 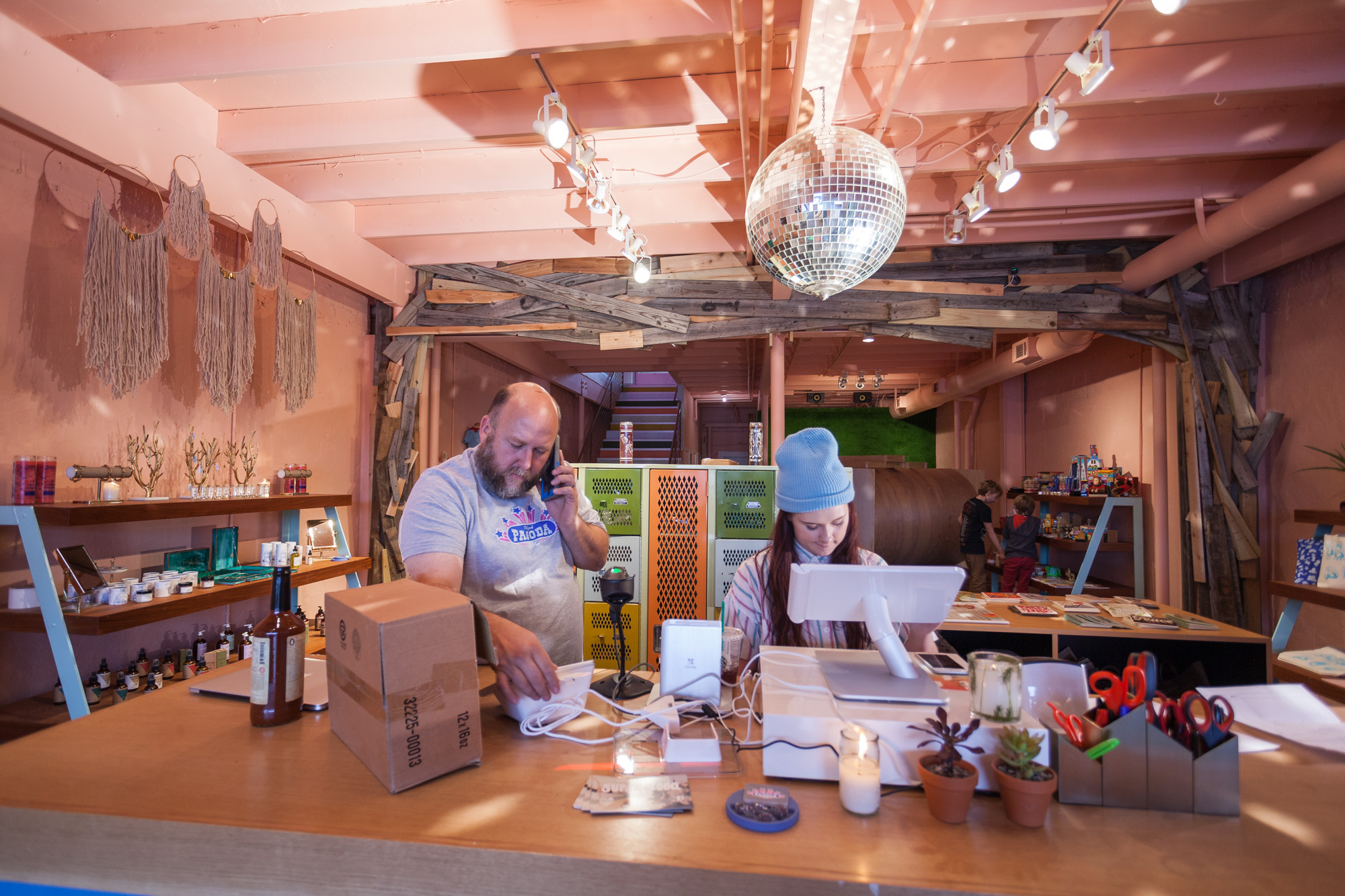 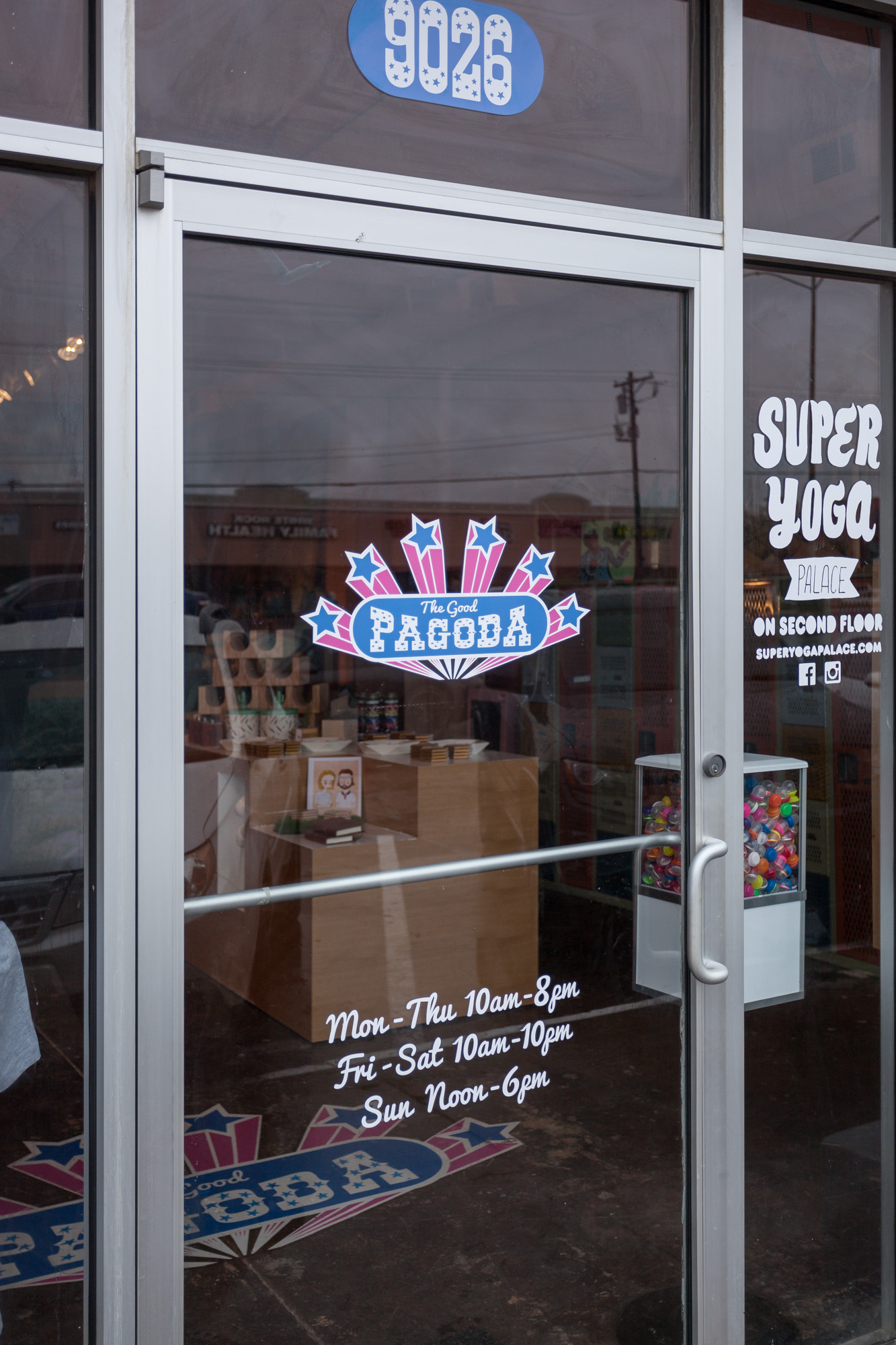 The Good Records Umbrella Continues To Expand With The Opening Of Not-Just-A-Record-Store The Good Pagoda In East Dallas, Right Next To The Lounge Here.

Last weekend, after a couple months of teasing its eventual arrival, the folks behind The Good Pagoda at 9026 Garland Road finally tore down the paper window covers that had been keeping its wares hidden from view, signalling that their boutique was ready for business.

The latest venture from the Good Records crew — whose other ventures include that namesake record store, the Pagoda’s next-door neighbor The Lounge Here, a record label and, duh, the band The Polyphonic Spree, among various others — is, despite its owners’ backgrounds, not a record store. Well, not entirely, anyway. While there are indeed records for sale within the colorfully designed space, and while there may be live performances held inside from time to time, music — in its purest vinyl form, naturally — is just some of what is up for sale here.

Mostly, co-owner Chris Penn says, The Good Pagoda is a gift shop. Named in honor of the team’s late friend Kumar Pallana, the Dallas-based performer and Cosmic Cafe owner who shined as the character Pagoda in Wes Anderson’s The Royal Tenenbaums, the shop sells everything from books, shirts and even microphones to decorative art pieces and other knickknacks. And, well, that’s just on the first floor: Upstairs, the same building houses the latest location of Super Yoga Palace, the yoga studio operated by Polyphonic Spree choir member Jessica Jordan.

Can the Good Umbrella be stopped at this point? Will its tentacles continue expanding until everyone east of White Rock Lake is forced to wear robes and sing songs about reaching for the sun? Time will tell, I suppose.

In the meantime, as we await that impossibly cheery fate, I suppose we’ll at least know where we can score some cool presents — just a few of which you can see in the above photo set from David Wilson — for our friends this holiday season.