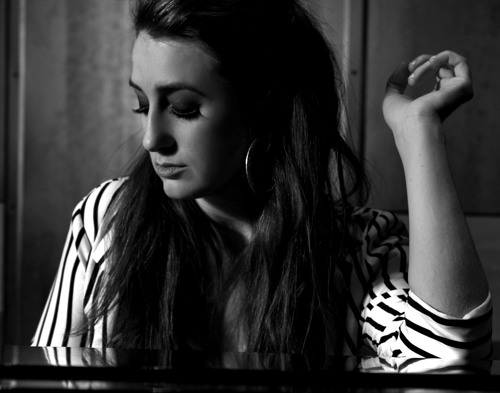 New Music From Post Malone, Becky Middleton, The Angelus, All Clean and More.

Post Malone — Stoney.
RIYL: Games, not practice.
What else you should know: One of our favorite songs of 2015 finally has a home of its own – and just a few weeks shy of 2017! True, this one’s been delayed a few times, and a mixtape meant to promote its initial release was called August 26. Oh well, it’s worth the wait, we say. Fans of those early 2015 Soundcloud songs that were so trippy and club-ready they made you forget they were acoustic guitar-driven will rejoice at these new tunes to sauce to.

Becky Middleton – “I’m Still Here.”
RIYL: Letting people know where you are.
What else you should know: The title of this one is an apt single to promote Middleton’s forthcoming project. She’s been spending much of her time playing sideman in acts like Ishi and The Warden of late, but she hasn’t dropped the solo thing. She has, however, moved away from the Americana-flavored singer-songwriter stuff towards a more fully realized brand of soul. It’s downright sultry.

The Angelus – “An Interceding.”
RIYL: Melancholy and/or infinite sadness.
What else you should know: Thanks to Blurt, we’ve got the first single from The Angelus’ sophomore album, its first since 2011. It’s January 13 release date is appropriate, too, given that not only is that a Friday the 13, but it’s only a week before King Trump’s coronation, lending an extra air of foreboding to There Will Be No Peace’s already dark offering.

Crushed Stars – “Permafost.”
RIYL: Bitter coldness.
What else you should know: Courtesy of Pure Volume comes a song that just sounds like winter. “The album is heavily influenced by the growing sense of isolation he feels as both an artist and spectator in the digital age where art is constantly devalued amidst the uncertainty of modern times,” frontman Todd Gautreau tells the site. Many things seem to be increasingly devalued as we head into 2017, to be honest. Anyway, the band’s Displaced Sleepers comes out on February 10 via Simulacra Records.

Bad Times — RIP in Peace.
RIYL: Redundant titles of redundancy.
What else you should know: This is a decent pile of power slop. But, honestly, the best part of this record is the title of its third track: “Whataburger is a Beautiful Place, and I Am No Longer Afraid to Die.” Another one of those emo bands with matching white on black logos, they are not.

Friday’s Foolery – “Side Effects.”
RIYL: Biz’s beats of the day.
What else you should know: The side effect of having a long-running weekly gig, as this funky outfit does every Tuesday at Three Links, is that you can’t help but get really tight in the process. On the other hand, your musicianship gets so good that the studio becomes your playground — to the extent that bringing back beatboxing seems like the right thing to do. #3Links2sdays

Luke Wade – “Passenger Side.”
RIYL: Non-civilians.
What else you should know: After his run on The Voice a couple seasons back, Wade’s full-on embraced the pop sensibilities of that show’s culture, inserting them full bore into his solo material. His voice still shines strong, though, even sans the horns and whatnot of his more soul-oriented days which, honestly, probably opens him up for more mainstream success. You can thank Impose for this premiere.

Pageantry – “Noel, Noel the First Noel.”
RIYL: All the letters of the alphabet except for one.
What else you should know: Did you know this traditional carol was first published in 1823? The arrangement all of us modern folk are familiar with — and which Pageantry puts a distorto spin on — was first arranged in 1871. Bet those olden folks never imagined it sounding quite like this, though. Electricity was still kind of a new thing back then. They had no idea effects pedals would one day be a thing.

Lindby — Lindby Presents: Holidays With The Hendersons.
RIYL: Planes that loop the loop.
What else you should know: We premiered the first track from Lindby’s fifth annual Christmas collabo record last week. Since then, though, the remaining three tracks have earned their release as well. In there, you’ll find covers of “Auld Lang SINE,” “My Favorite Things” and a deeper-voiced take on “The Chipmunk Song.” Speaking of The Chipmunks, if you’re curious as to what they’re up to these days, you can find them living out their dreams as the best ever death metal band in Denton.

All Clean – “Wake Up, You’re Dead.”
RIYL: Resoluting.
What else you should know: This is the first single from Zachary Edwards (Ice Eater, Son of Stan) for his new solo project. It’s a new year — in three weeks it will be, anyway — and it’s a new him. But, like, the kind of “new” him that maybe just got a haircut or decided to start wearing glasses or something. It’s new, sure, but recognizable.

Sudie – “Ode to Night” (Redsean Remix).
RIYL: Going out.
What else you should know: Here, Redsean takes Sudie’s avant-pop song about emotional unrest and gives it a reason to stay up at night. It’s a really excellent thing he’s done here, too, keeping the intricacies and sweet melodies of the original intact, just making them hit harder. This writer, for one, would be stoked if these two would collaborate again in the future, perhaps even on something brand new.