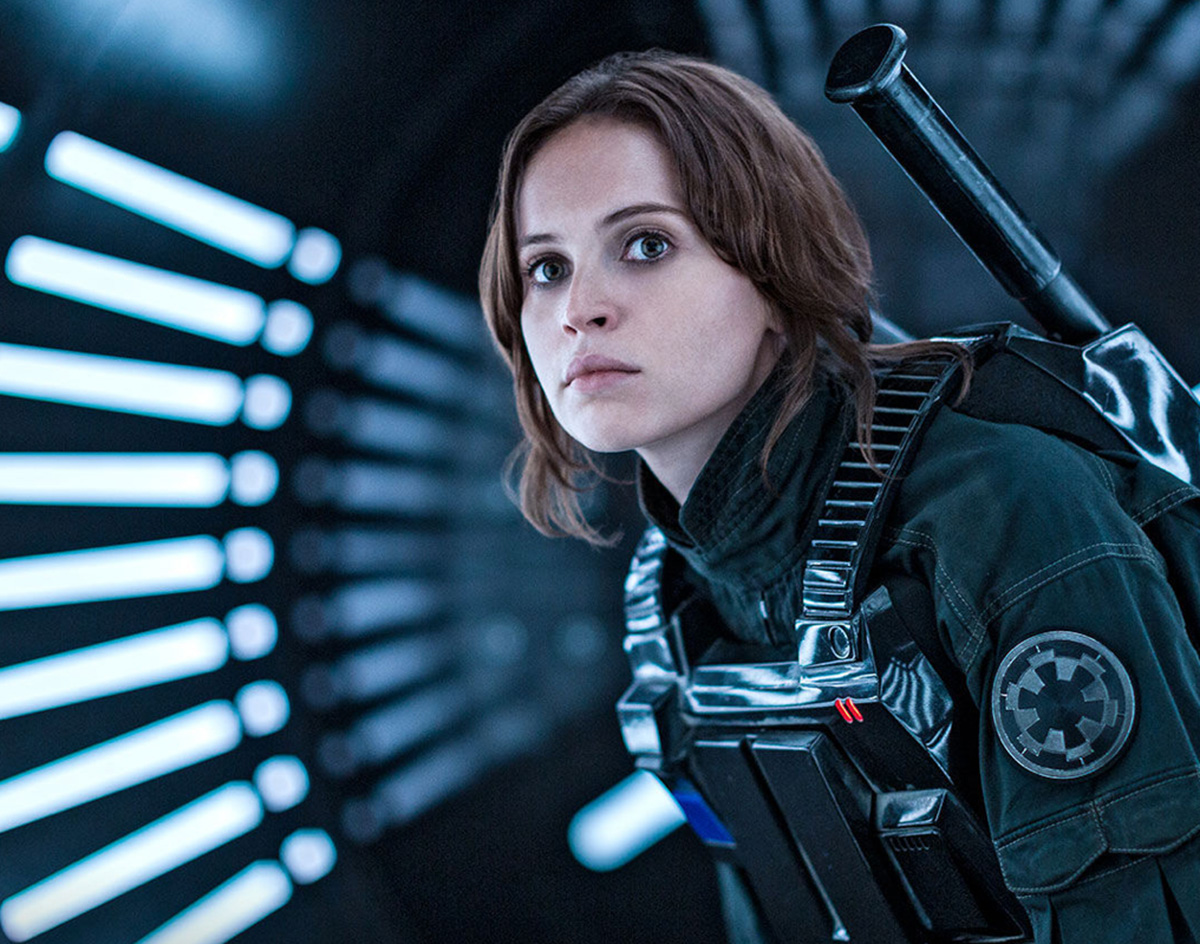 More Than Just Eye Candy, The Wonderfully Diverse Rogue One Is The Star Wars Entry We Deserve As Well As The One We Need Right Now.

Think back to the very first time you saw a Star Wars movie.

For many people, it was on VHS. For some of our older readers, maybe it was in the theater. Regardless of the format, try to remember that jolt of excitement you felt being immersed in this completely new universe for the first time.

Think of the questions you had.

What were The Clone Wars? Where did Wookiees come from? How long had the Jedi been around? Why are bars so anti-droid? WTF is a Kessel Run?

One of the more outstanding aspects of Star Wars: A New Hope was the “lived-in universe” full of unique characters that it provided. Over the years, however, most of the Star Wars saga, as seen in canonical movies or TV shows, has narrowed its scope to primarily focus on the Skywalker clan and their friends. It’s not entirely hyperbolic to say that Star Wars has devolved to the point where it will have its audiences believe that the most important events to happen in its galaxy’s history happened to all of 12 people.

Perhaps that is why Rogue One: A Star Wars Story feels like such a breath of fresh air. It recreates the feeling of watching A New Hope like no other movie in the saga has ever been able to do. There are new characters, new locations and a refreshingly diverse cast.

Plus, it’s just total eye candy from start to finish.

Right from the intro’s lack of John Williams orchestration or an iconic text scroll, you know you’re in for something different. Throughout the film, that sense only increases as director Gareth Edwards moves his cameras around with a fluid mobility and sense of purpose that brings a sense of urgency to the entire film.

In the opening minutes, we see how Jyn Erso (Felicity Jones) has her life basically destroyed as Imperial Commander Krennic (Ben Mendelsohn) coerces her father Galen (Mads Mikkelsen) to resume his work on the project that we as the audience know well as the Death Star. Jyn, in turn, is left to fend for herself under the tutelage of Saw Gerrera (Forest Whitaker), a former Clone Wars fighter and a known extremist, and grows up to be a selfish criminal.

As mentioned before , this movie goes a long way toward expanding the scope of the Star Wars universe. Audiences learn about kyber crystals, which power both lighstabers and the Death Star. They see the difficult and sometimes evil actions that the Rebel Alliance takes in its nascent days in order to gain any foothold against the Empire that it can. The actions moves away from familiar desert planets to places like Jed-ah, a former Jedi moon with gigantic, awe-inspiring statues that have been left in utter disrepair. There are an abundance of glimpses into what ordinary life is actually like under the Empire’s rule — and, spoiler alert, it ain’t good.

All of this culminates into a war mission movie unlike any seen within this universe. In part, that’s due to the admirably racial diversity of its characters: There’s Cassian Andor (Diego Luna), a lifetime Rebel with skeletons in his closet; the jumpy Bohdi Rook (Riz Ahmed), a former Imperial pilot; and the blind but Force-sensitive kyber crystals protector Chirrut Imwe (Donnie Yen). And who can forget the perpetually scene-stealing reprogrammed Imperial droid K-S20 (Alan Tudyk)? Along with Jyn, this crew makes up a tight-knit group with great chemistry — an entity that audiences will feel compelled to root for not just because they’re cast in this setting as the good guys, but because they have distinct characteristics and motivations.

In the third act, with the stakes high as Jyn and her crew must infiltrate a fortified military communications center where the Death Star plans are hidden, the tension is as taut as any moment in Star Wars history. Sure, we know from the chronology of this story that they will succeed in their efforts. But at what costs? Will anyone from the crew make it out alive?

At the very least, audiences can take comfort in the fact the journey here is just as entertaining as the destination. Edwards’ dogfight scenes especially shine bright; these, finally, are the modern dogfights that Star Wars fans have been waiting on for so long. Edwards’ talents are similarly on display through the onscreen appearances of his CGI Governor Tarkin, based on the character played by the late Peter Cushing. Through a mix of model and CGI effects, Edward has crafted a visual that very much fits into this story’s setting just prior to A New Hope. Better still, it all feels real.

Efforts in that regard were well worth the trouble. Considering how the world this film’s audience lives in can often feel as if it’s sometimes slowly burning right before their eyes, a movie that speaks to the courage you must find within yourself to do what’s right against impossible odds just feels incredibly relevant at the moment. Indeed, Rogue One is the prequel we both deserve and need right now.

Here’s hoping that this film is indeed a harbinger of what the future holds for the rest of the Star Wars franchise.