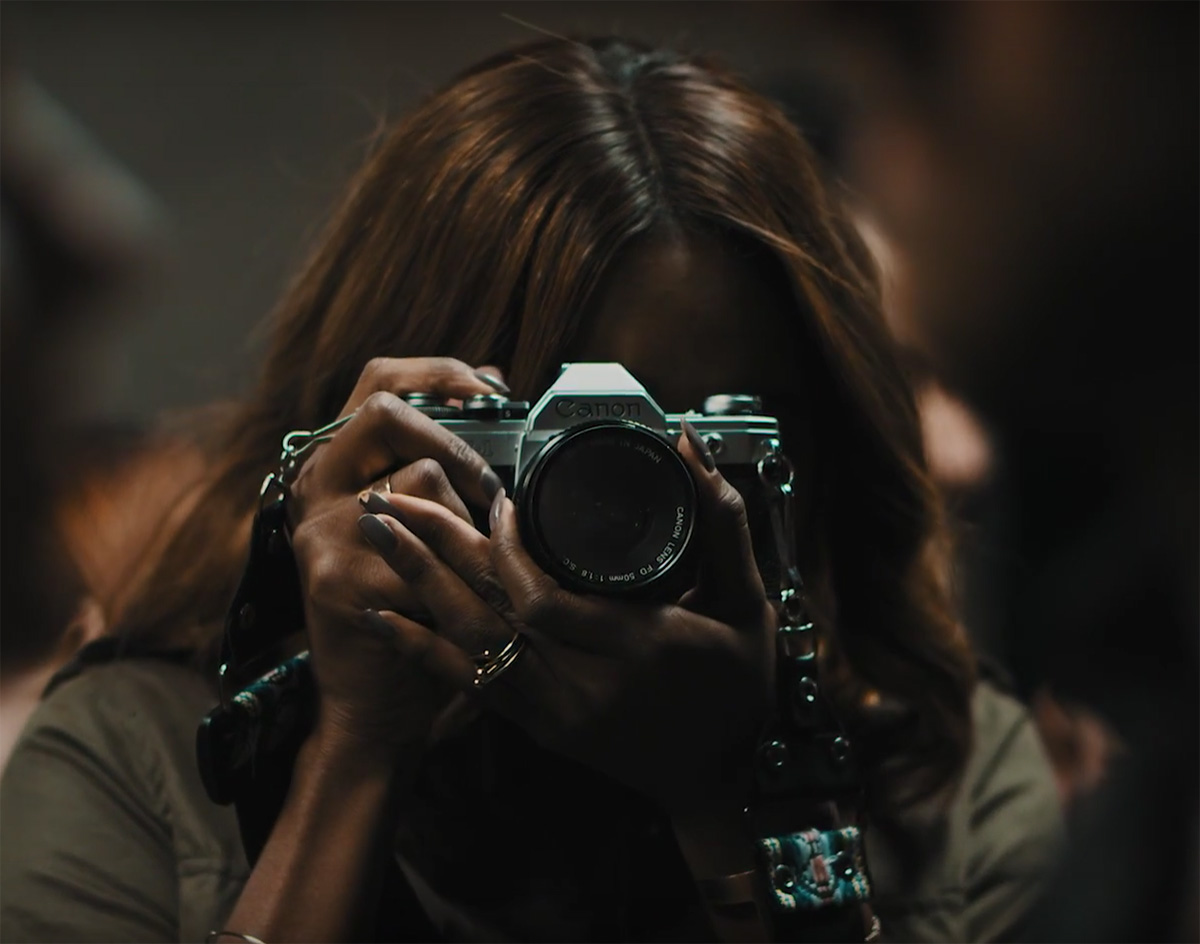 Premiere: Before The Band Bids Farewell To Dallas And Heads Off To Los Angeles, Check Out Dark Rooms’ New, Tramaine Townsend-Directed Music Video For “Polaroid.”

This Friday night at Club Dada in Deep Ellum, a fine-looking show featuring some of the finest acts in town — Dark Rooms! Sam Lao! Picnictyme! A DJ set from Blue, The Misfit! All for the low, low cost of a $10 cover! — will occur. And it will, given the caliber of its many performers, be great — I have no doubt.

But it will also feature a bit of a somber tone: Frontman Daniel Hart is off to live full-time in Los Angeles so he can further his already-in-motion career as a film score composer, and he’s bringing the rest of his band along for the ride with him. As such, this performance will be the band’s last in town as a full-fledged Dallas-based act, which it’s been since forming in 2013.

We’re definitely a bit sad about that news. In addition to releasing our favorite Dallas album of 2013, Dark Rooms isn’t a band we’ve exactly been shy about praising in recent years. We’re unabashed fans of the band here at CTHQ, having long ago been lured in by the band’s sexy sonic blend of chamber pop, electronic dance and R&B ideals.

We’re rather fortunate, then, that Dark Rooms isn’t leaving town without providing us (and, sure, our readers, I guess) with one last gift — and one beyond that Dada show, even.

Below in this space, we’re honored to debut (just as we’ve done for the band before) Dark Rooms’s latest music video — a rather stunning affair for the band’s as-yet-unreleased song, “Polaroid.” Directed by Dallas photographer Tramaine Townsend, the clip stars a number of familiar-about-town faces, including DJ Christy Ray in the lead role as a (fittingly, given the band and song names) young photographer out on the hunt for alluring imagery.

That concept, it turns out, mostly came from Townsend, although Hart explains that he and his band did have a little bit of a say in the mater, too.

“I reached out to Tramaine about collaborating with us on visuals for the new Dark Rooms album after seeing his work on other projects and his brilliant use of Instagram,” Hart says. “We sent him some demos of our new songs, and I think “Polaroid” was the one which resonated with him the most. Tramaine came up with an idea for the video — this photographer posing people for photos in a sort of precursor to the Mannequin Challenge, ending with a choreographed dance for the climax of the song — which [Dark Rooms multi-instrumentalist and co-vocalist] Rachel [Ballard] and I loved. I was obsessed with Jessica Jones at the time, and asked Tramaine to incorporate some Killgrave elements into our protagonist. The three of us brainstormed a bit further until we got to a video concept that felt the strongest to all of us, very close to what you’re watching.”

For Townsend, Dark Rooms reached out to him at a perfect time.

“Dark Rooms and I started collaborating about a year ago for their new album on creative direction and visuals, and I had been wanting to [something along these lines] for a while before they contacted me,” Townsend says. “When they sent me their new music, I immediately resonated with ‘Polaroid.’ I liked the idea that the photographer had the power to get that perfect shot they needed — those lost moments you think of later when you should’ve been camera ready, to capture that moment, being able to control a natural action. The song being so wavy was perfect to illustrate it, and the choreography of everyone involved including the dancers was calculated to go with the groove of the song, even though most of it is of people being completely still. The process was long, but so well worth it. The energy from the band and everyone in it made absolutely great to work on.”

You can check out the glorious fruits of Townsend’s labor below.