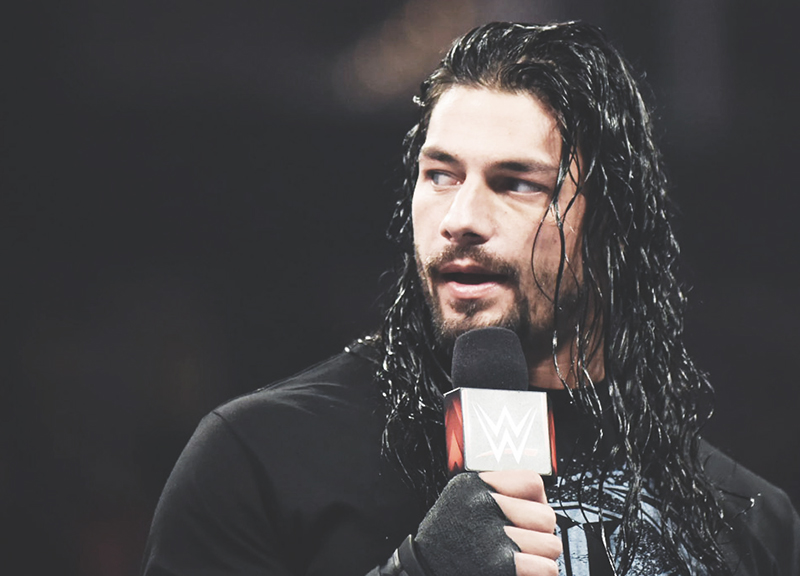 When I told my friends I was going to be watching Monday Night RAW for the very first time for this article, their immediate response was “What the fuck did you do when you were a kid?”

I don’t know. I guess I grew up seeing it on the TV in the living room, but I never really stopped and watched it for myself. I just knew that I couldn’t smell what The Rock was cooking and that Stone Cold Steve Austin liked to slam two things — bodies and beer.

But that’s about all I knew. I’d never forced myself to sit down and watch a full episode (is that what they’re called?) of RAW, soaking up all of its… glory? Sure, let’s go with glory.

See Also:
• WrestleMedia. // The Best Wrestling Social Media Accounts To Follow While Gearing Up For Wrestlemania 32.
• Putting Over. // WWE’S NXT Takeover Wrestlemania Card Has Been Announced, And It Looks Fucking Rad.
• Pins & Needles. // A Whole Bunch of WWE Wrestlers Are Hurt And Probably Out For Wrestlemania 32.

Then Monday night happened — because, with all the hype surrounding Wrestelmania 32 coming to town on April 3, I wanted to see for myself what the whole hubbub was about.

Anyway, here are a few things I learned from my very first time watching an entire wrestling show.

1. The intros are as ridiculous, theatrical and hilarious as the wrestlers themselves. And it quickly becomes something you look forward to before each match. Within the first ten minutes of this week’s show, I saw a super buff blonde guy who looked like he stepped right out of the Mad Decent Block Party and into the ring. I didn’t catch his name, but the dude had bright seafoam spandex, fuzzy boots and a selfie stick. I can’t believe I only just described a single outfit.

2. Roman Reigns is really hot and I would like to be body-slammed by him. Meanwhile, Brock Lesner looks like a thumb.

3. I think Dean Ambrose is the kind of guy you meet at a party and spend all of your time trying to avoid. He smells like hot dogs and outside. He just came up to you and is going to hit on you. Then he just hits on you, and it is bad. You are uncomfortable. He playfully punches you on the arm, but does it too hard. You are very uncomfortable. You look for your friend, but she is too busy trying to find out who brought a box of Keystone Light. Turns out, it was Dean Ambrose.

4. You really don’t want to be called a giant booty hole. This is the type of insult that will really rile up the crowd. Then, next thing you know, you’re getting tag-teamed by three dudes in purple spandex onesies. One of them has a trumpet.

6. Gerard Butler goes to these things? He did this week anyway, and it was very weird to see! Unfortunately, he did not do this while wearing his King Leonidas costume, which was very, very disappointing.

8. Stone Cold Steve Austin does not always make an appearance. Talk about extremely disappointing. My bad for being 15 years late to the party, everyone. Hello, how are you, my name is Jessi. I make graphics! Please keep Dean Ambrose away from me.

9. The people in the audience hold some very strange signs. Are all of them related to wrestling? I saw a sign that just said “BOOTY!” but that was just the tip of the iceberg. Actually, scanning the crowd for these signs is pretty fun. I’m pretty sure this is how wrestling fans communicate with one another. They must spend tons of money at CVS.

10. Wrestling is just like a soap opera. It’s so bad! And it’s so good! It’s so bad that it’s good! I know that a lot of it is fake and that these people don’t really have beef IRL, but their insane personas and awful acting just completely suck you right in. I think I’m pumped for April!