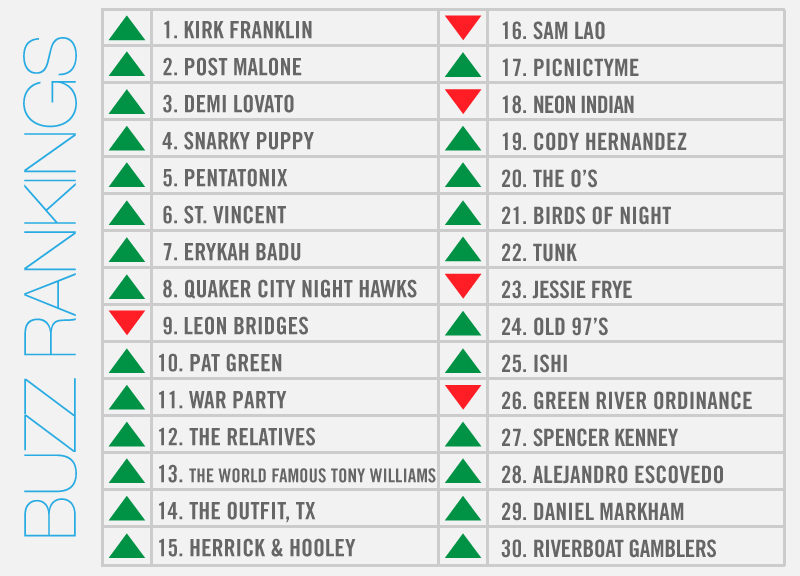 Oh snap! It's a shake-up at the top of the Buzz Rankings!

After coming out on top nearly every other week for the past year, the Grammy-nominated Leon Bridges finally takes a backseat this week, making room for some others atop our weekly, local music power rankings.

Fortunately, Kirk Franklin was there to take advantage of the opportunity. And what a week it was for NTX's most well-known gospel singer. On Friday, he popped up on the new Kanye West album, and then he joined Ye during a pair of SNL performances the next night. Then, on Monday, he added to his collection of Grammy's.

It marks his first-ever Buzz No. 1 in our four years of keeping track.

Just behind Franklin were a handful of performers with similar accomplishments. For instance? Post Malone also earned his own feature on the new Kanye album. And The World Famous Tony Williams earned himself a writing credit (but not a free laptop).

As for the Grammys: Snarky Puppy and Pentatonix each won trophies of their own, and the latter performed with Stevie Wonder at the ceremony. Demi Lovato also performed at the ceremony, killing with her Lionel Richie tribute.

Then there was Erykah Badu, who announced that Dave Chappelle will host a birthday party for her at The Bomb Factory. Other big upcoming shows include our own fourth anniversary party, where Quaker City Night Hawks, Sam Lao, Picnictyme and War Party will perform. Not to be forgotten, Jessie Frye played at Denton's official Bernie Sanders rally, Ishi played a free show at RBC, and Pat Green headlines this weekend's Ticketstock concert.

Elsewhere: Herrick & Hooley dropped a new video; The Relatives announced a new album; and Cody Hernandez made a splash from his bedroom. 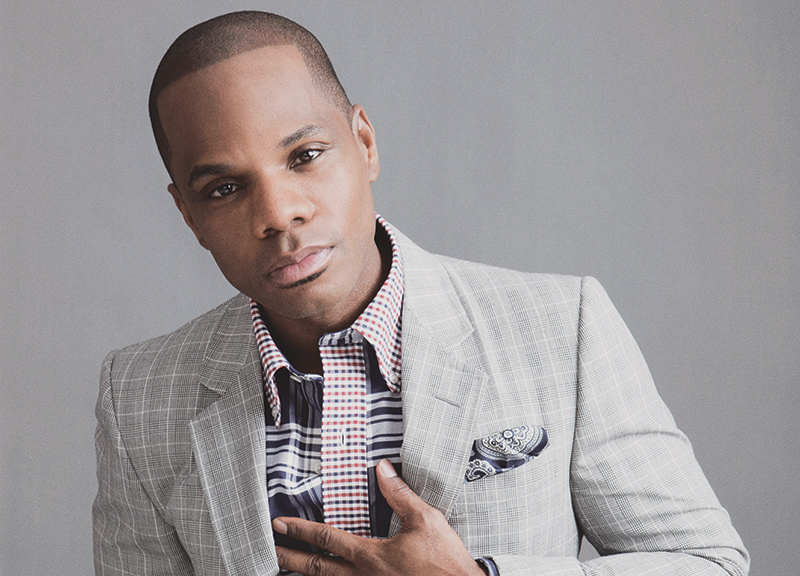