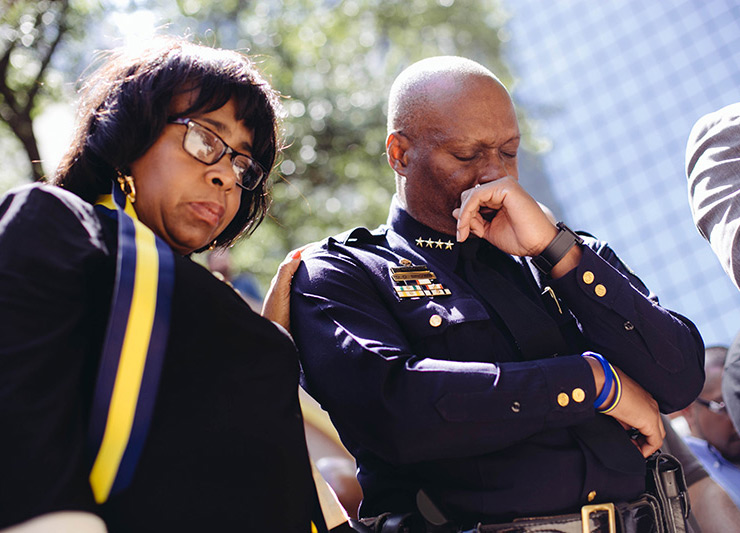 The hour-long event was in many ways a remarkable show of strength. It was an open-to-the-public convocation taking place within blocks of where an initially also peaceful demonstration had turned tragic fewer than 15 hours before — not something to be taken lightly by any stretch. And yet, unwavering in their convictions, these grieving souls went straight into the proverbial hornets’ nest just the same, with police and civilians alike covering near every inch of the grounds.

Video by Rob Martinez.
They came to seek comfort in one another’s company and to take solace in the words of city and religious leaders alike. And they would find it: Though some of the event’s speakers touched on themes of remorse and fear, the event’s greater tone mostly trended toward pride and resiliency.

The crowd clearly appreciated that. Throughout it all, the event’s diverse attendees vocally rang out their agreement with these more optimistic sentiments, their claps punctuating only further approval.

When not clapping, hands out in the crowd were mostly held by those standing nearby — a clear reminder that a united Dallas is far stronger than a divided one.

That much showed itself this afternoon, there’s no doubt.

Multi-denominational as event may have been, everyone was made a true believer when Mayor Mike Rawlings took to the podium: “God bless Dallas,” he said. “God bless Texas.”

At an event as striking as this one, who could disagree? 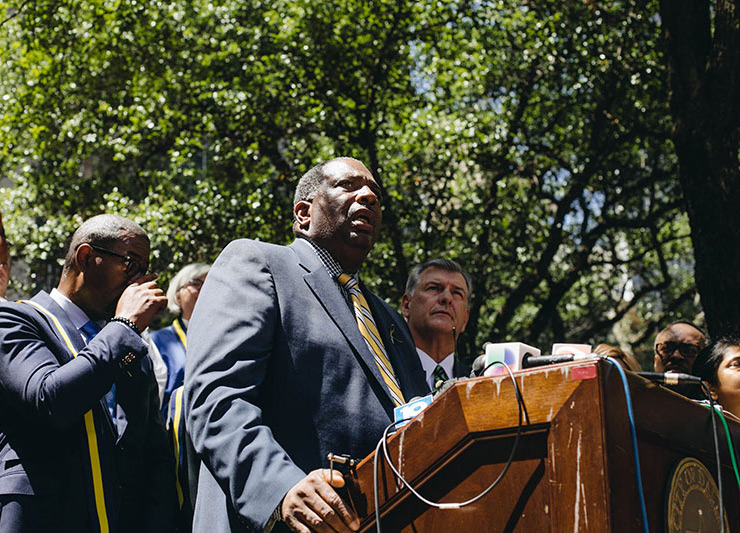 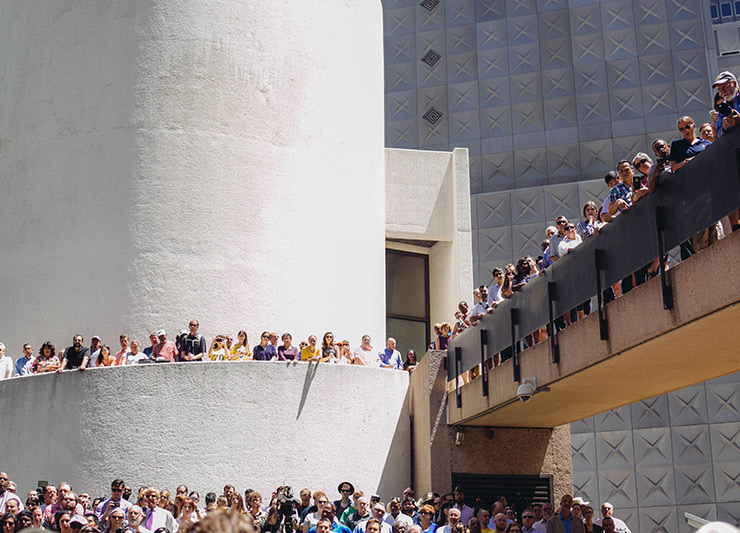 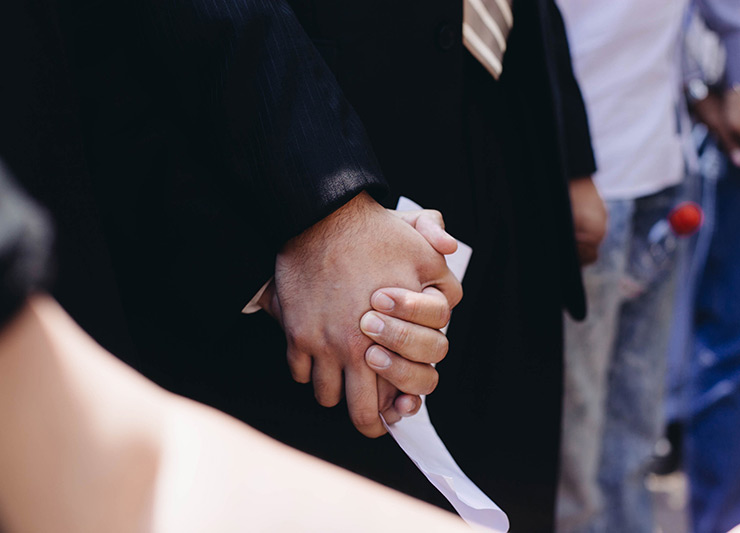 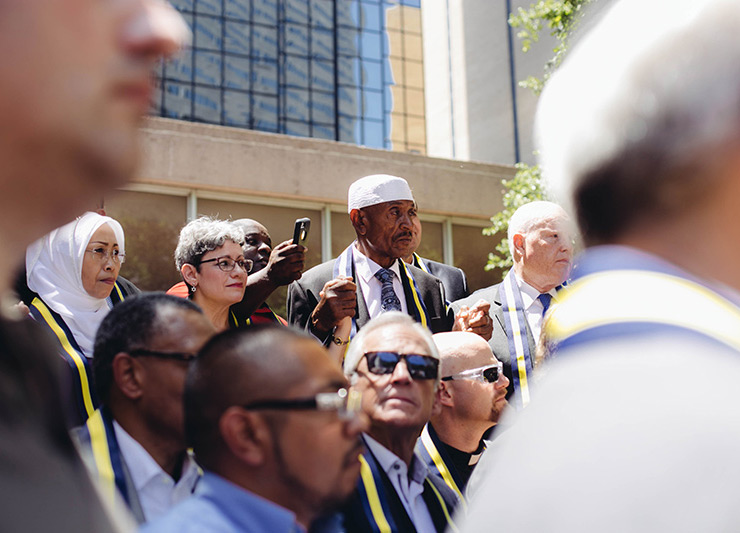 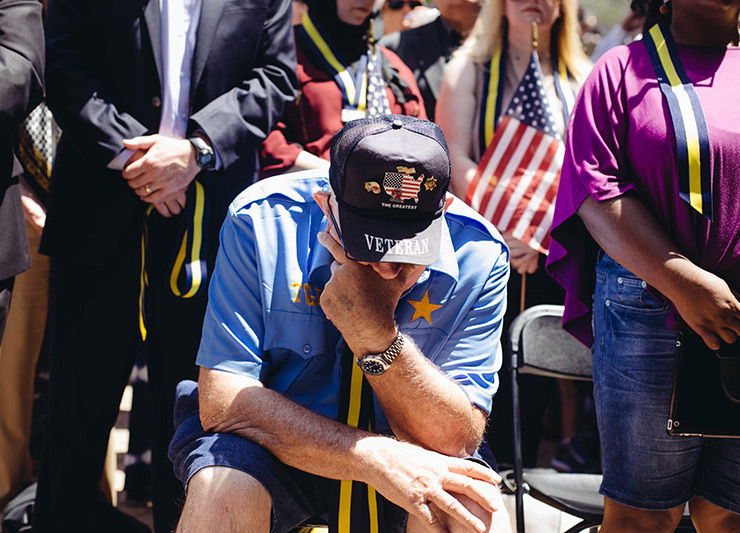 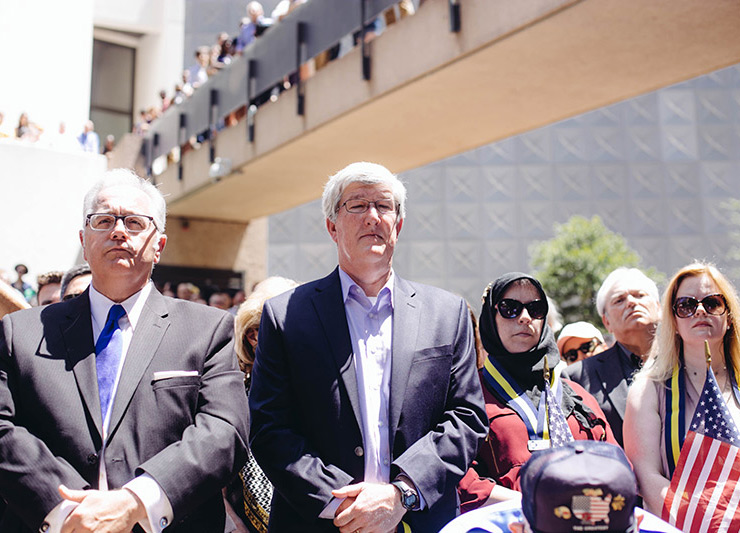 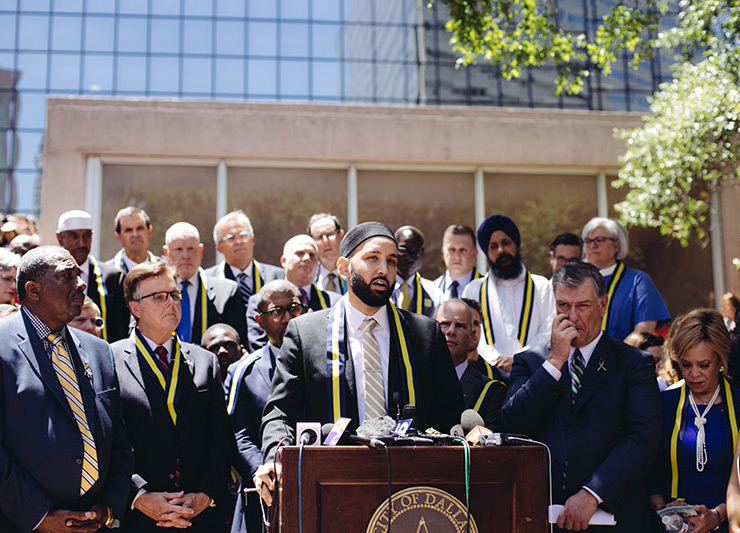 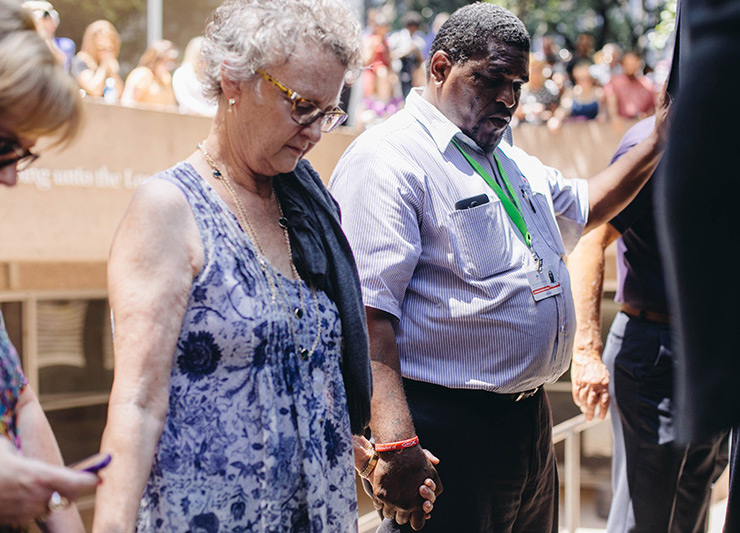 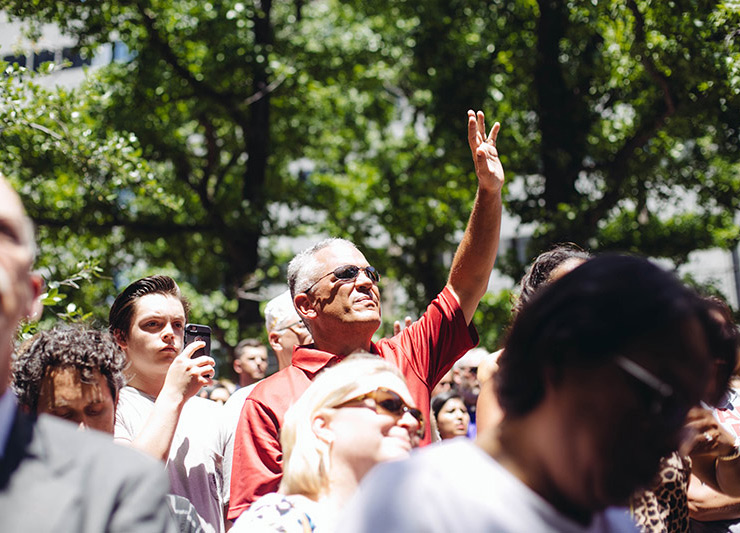 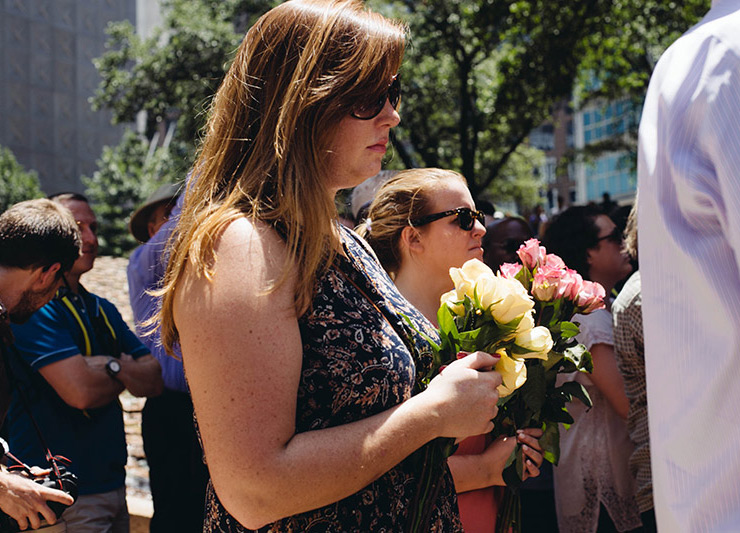 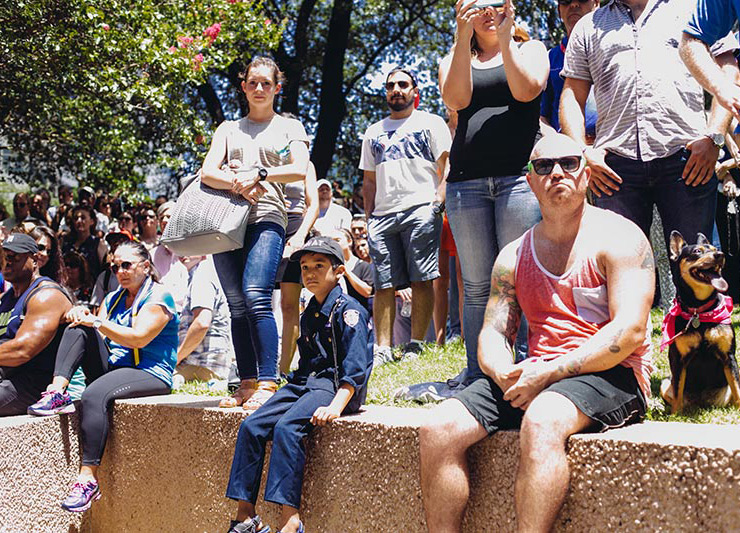 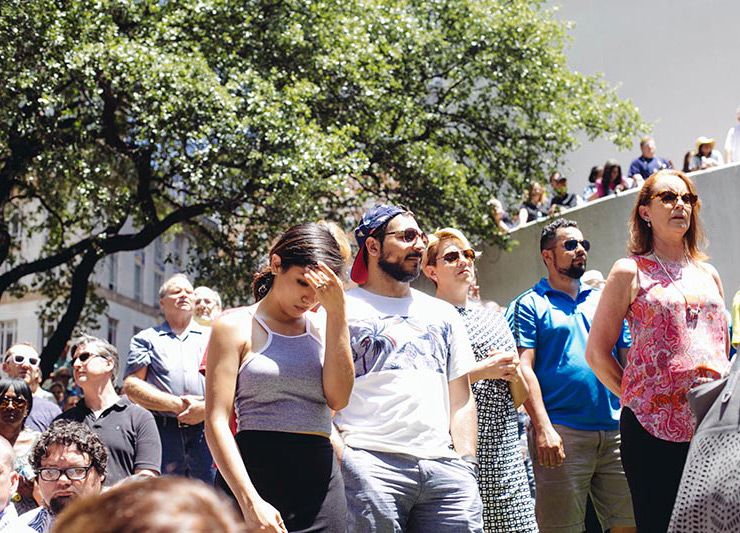 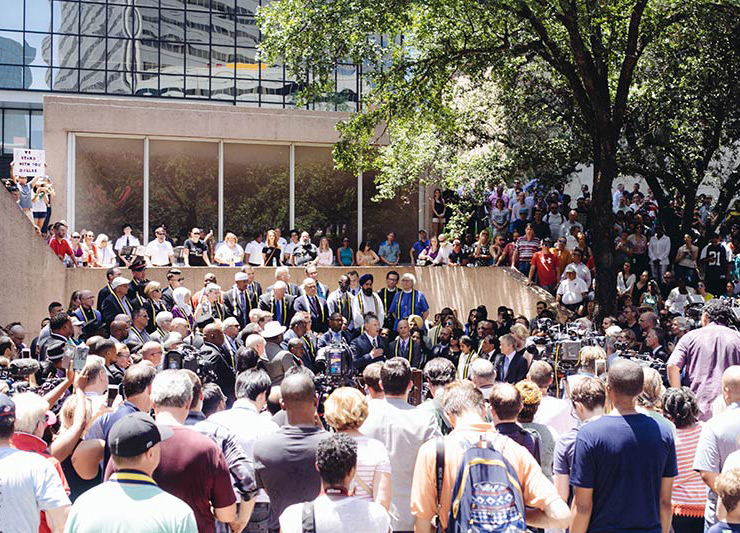 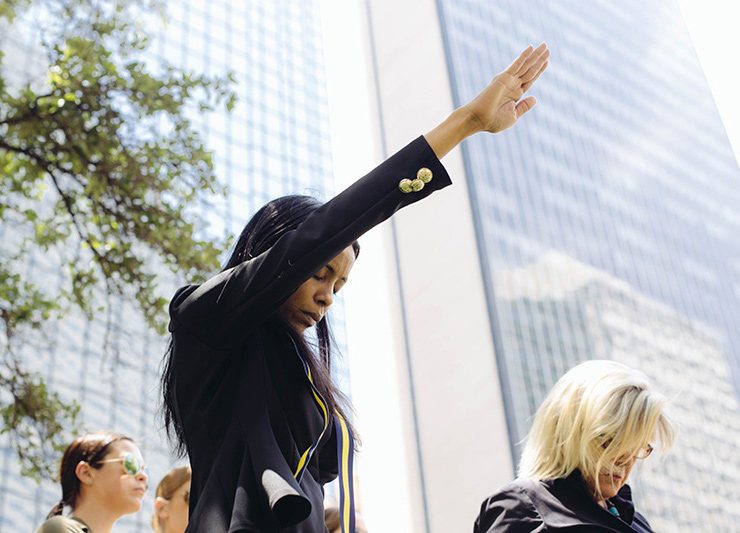 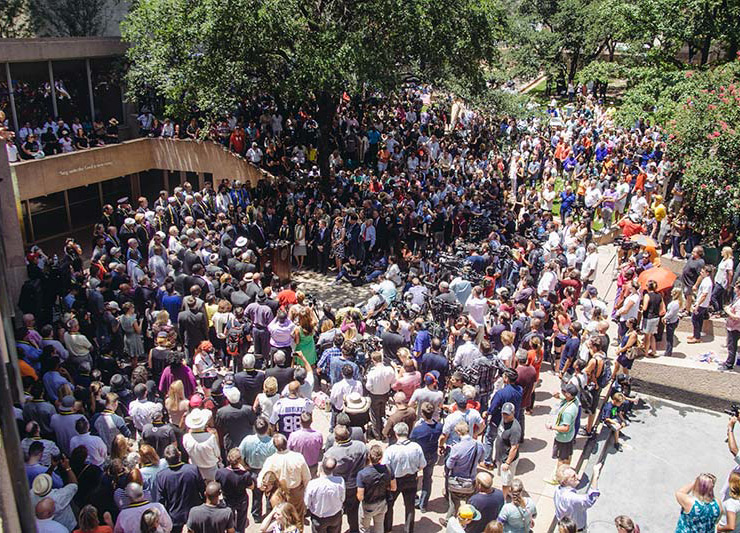 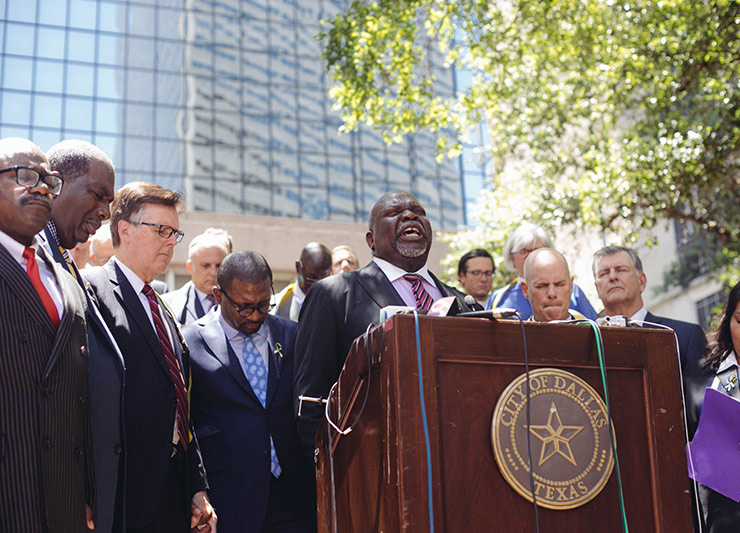 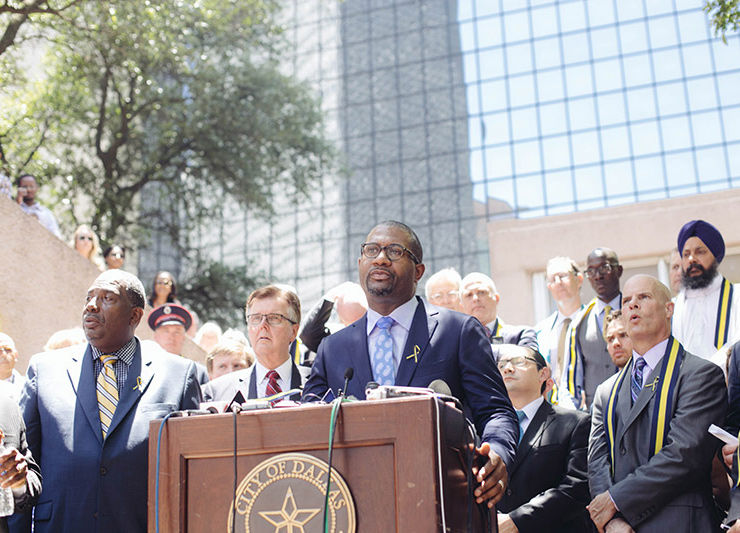 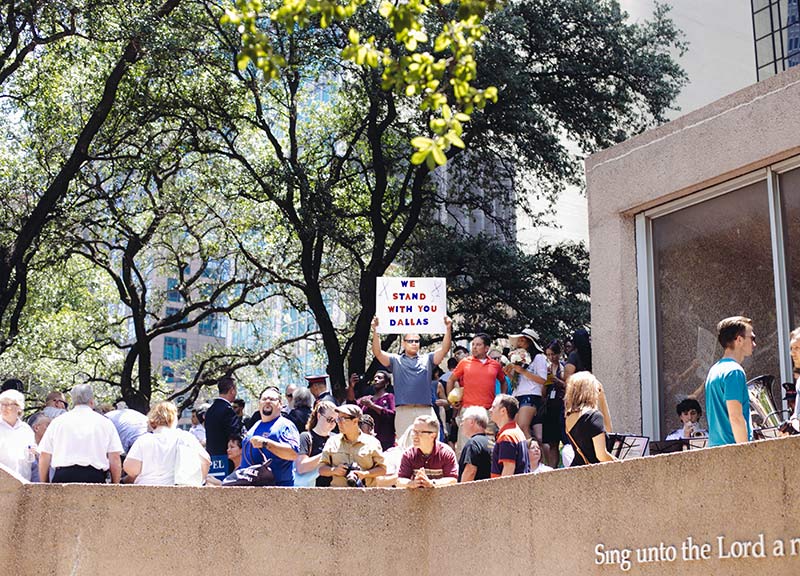