Get Your Seafood Served By “La Toxica” At Oak Cliff’s La Pesca. 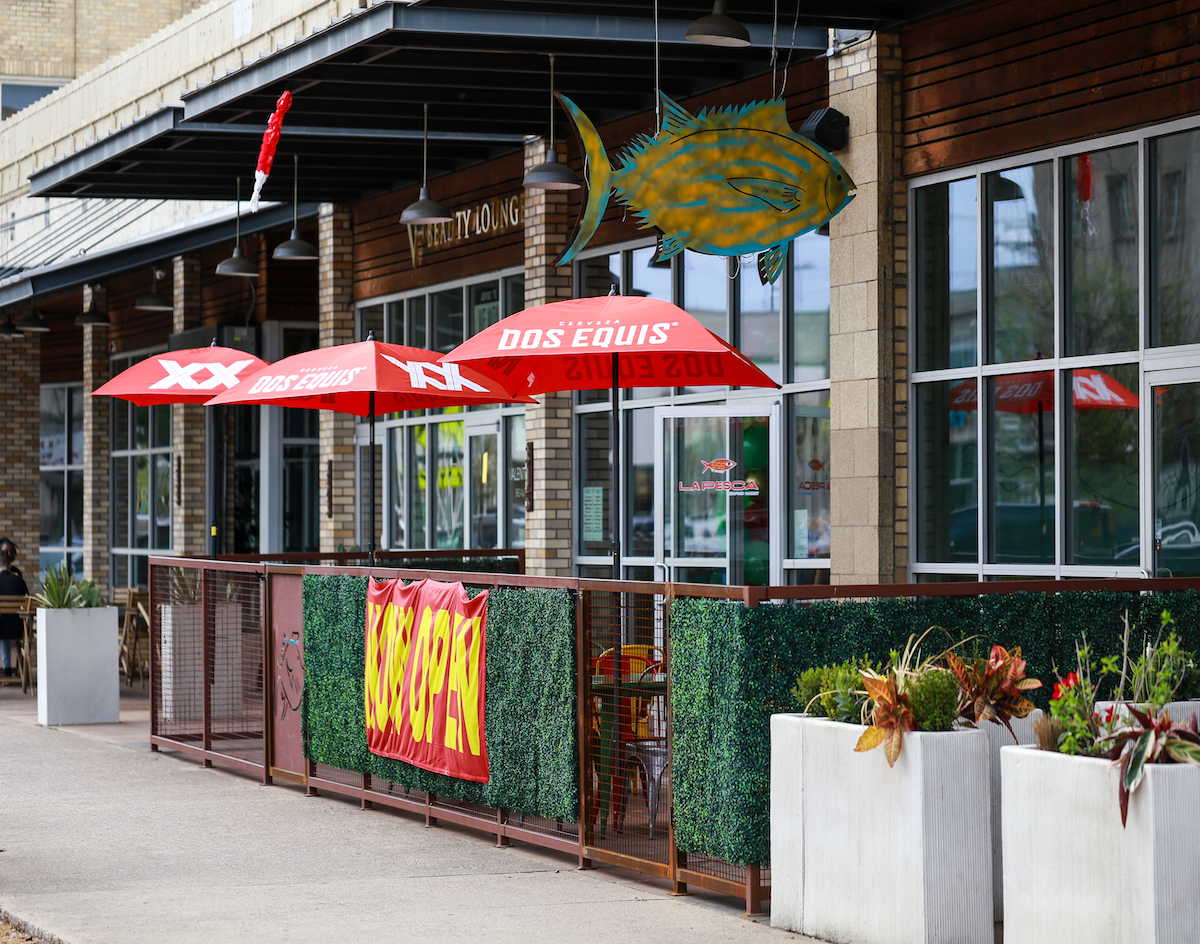 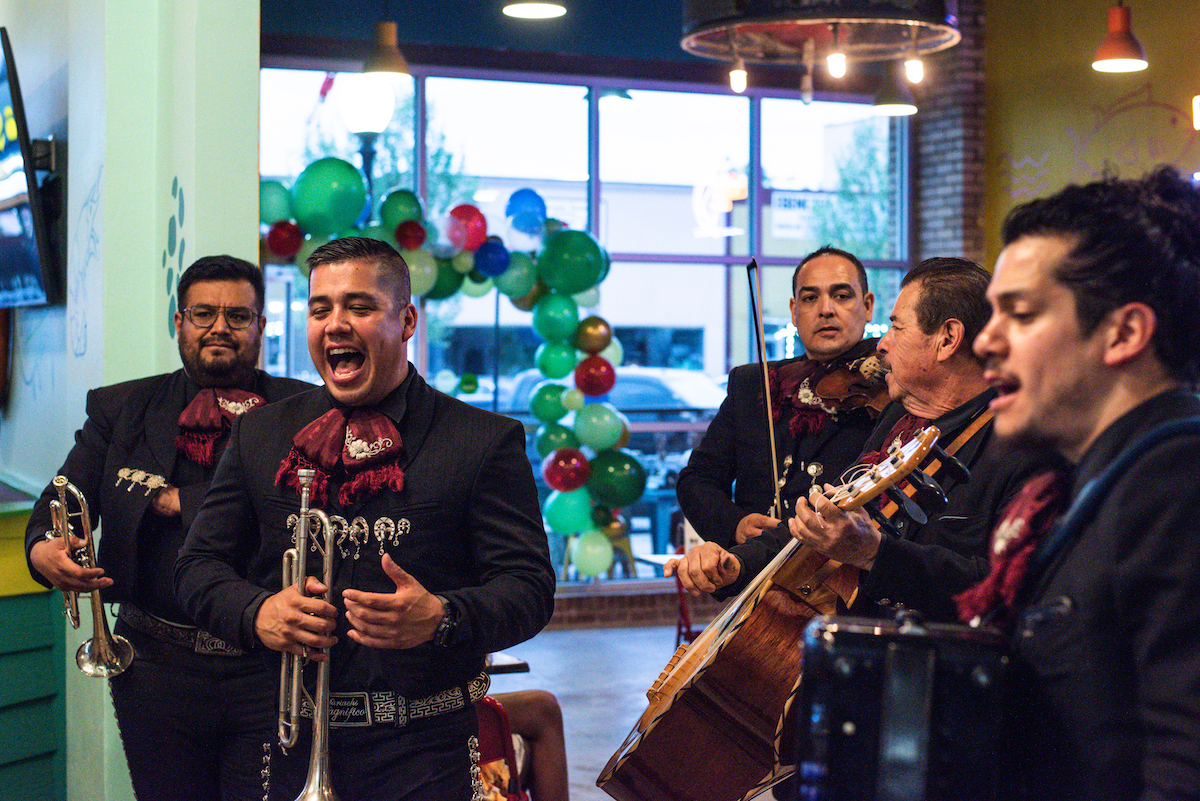 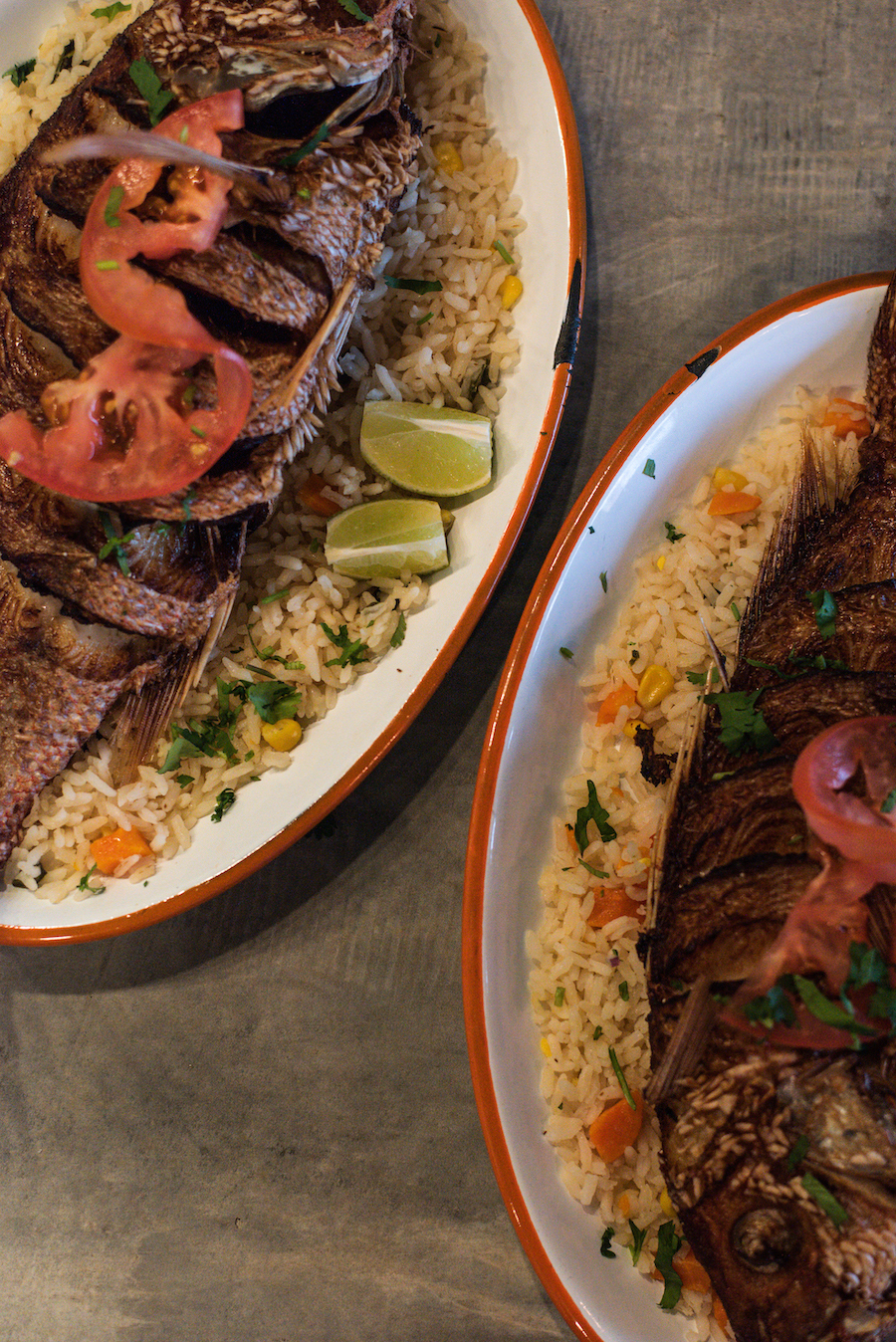 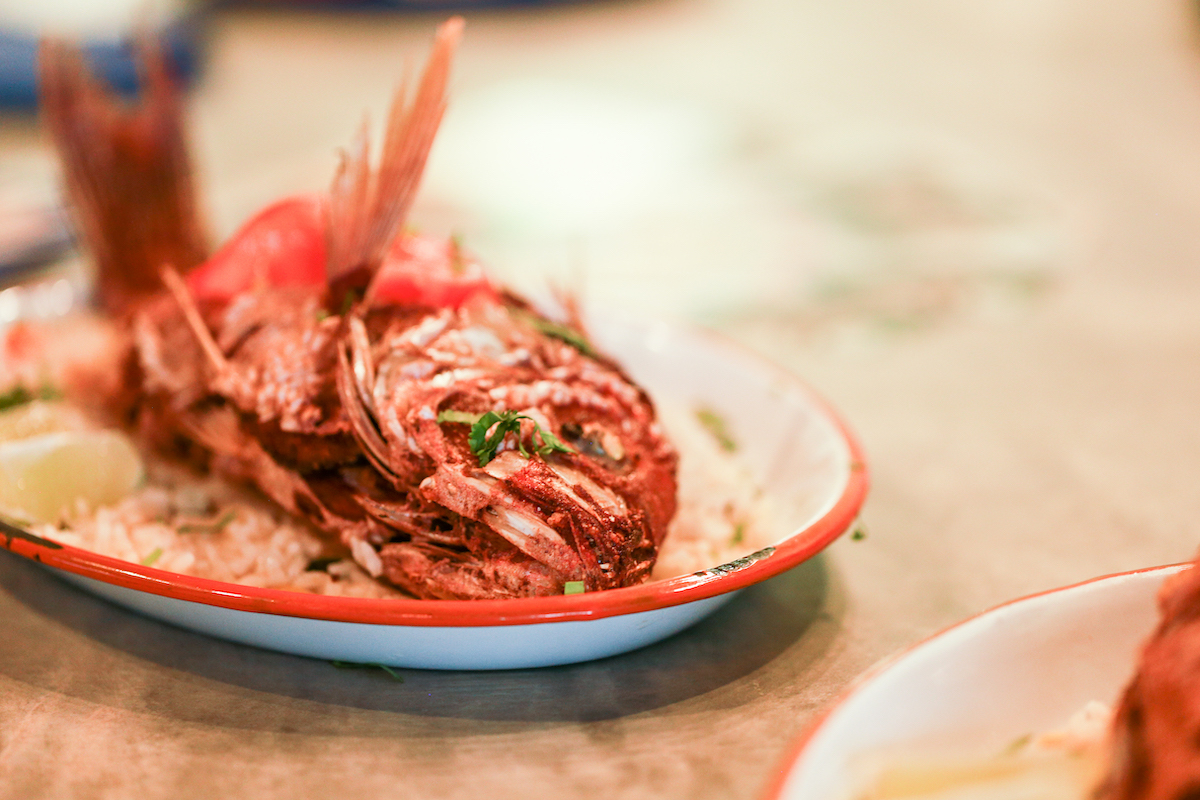 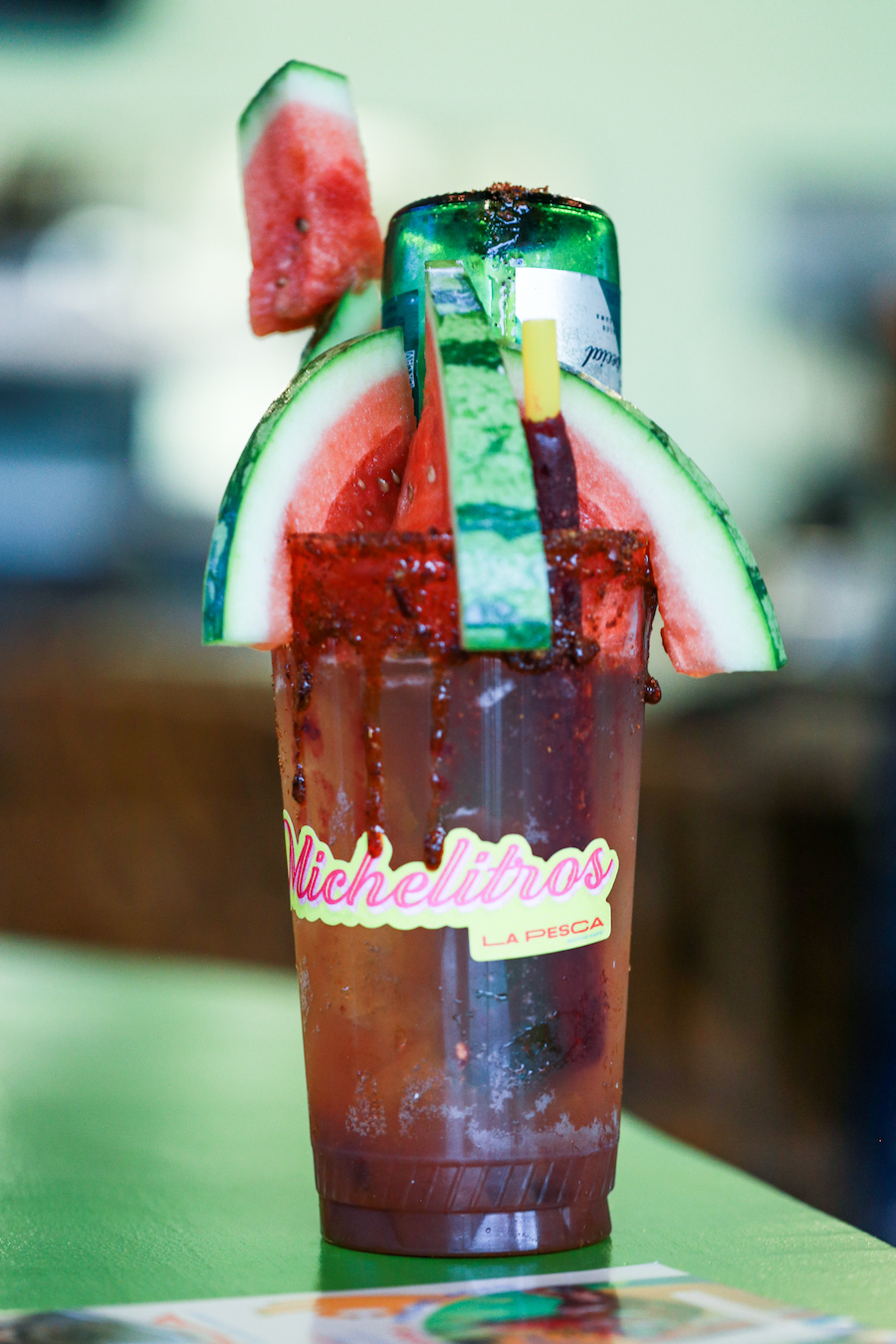 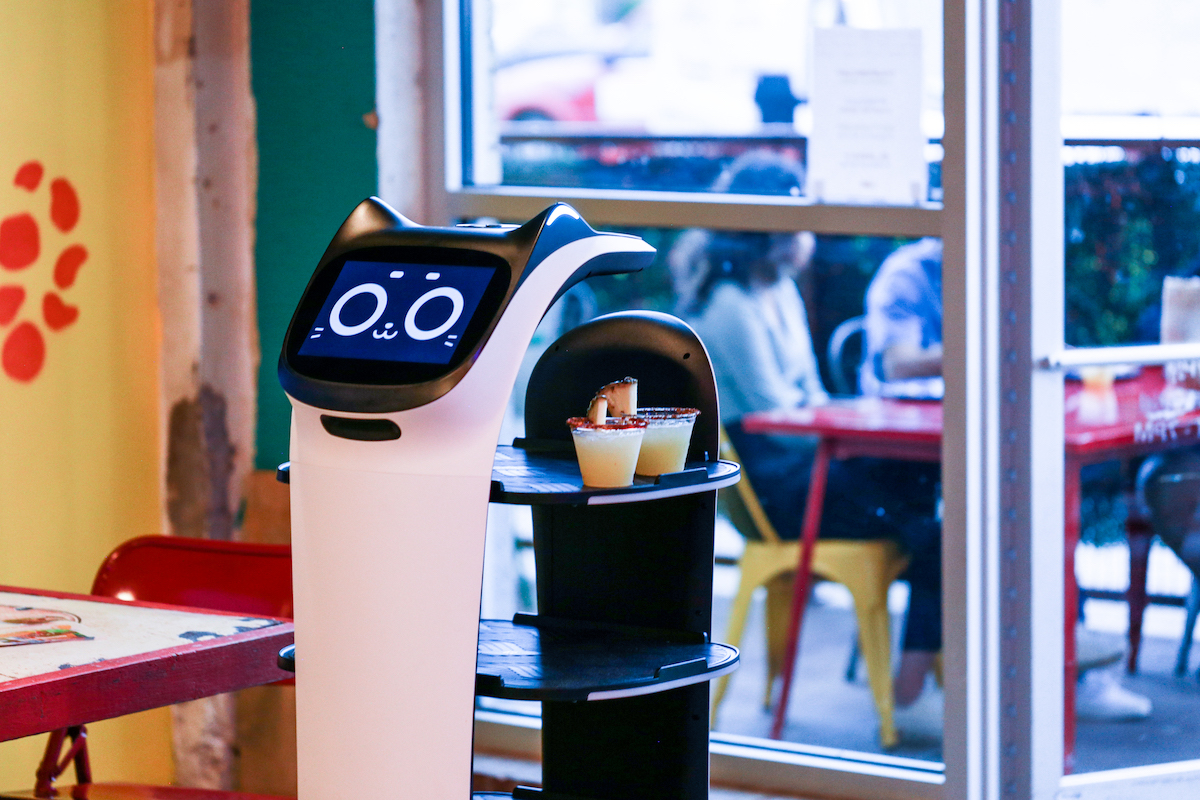 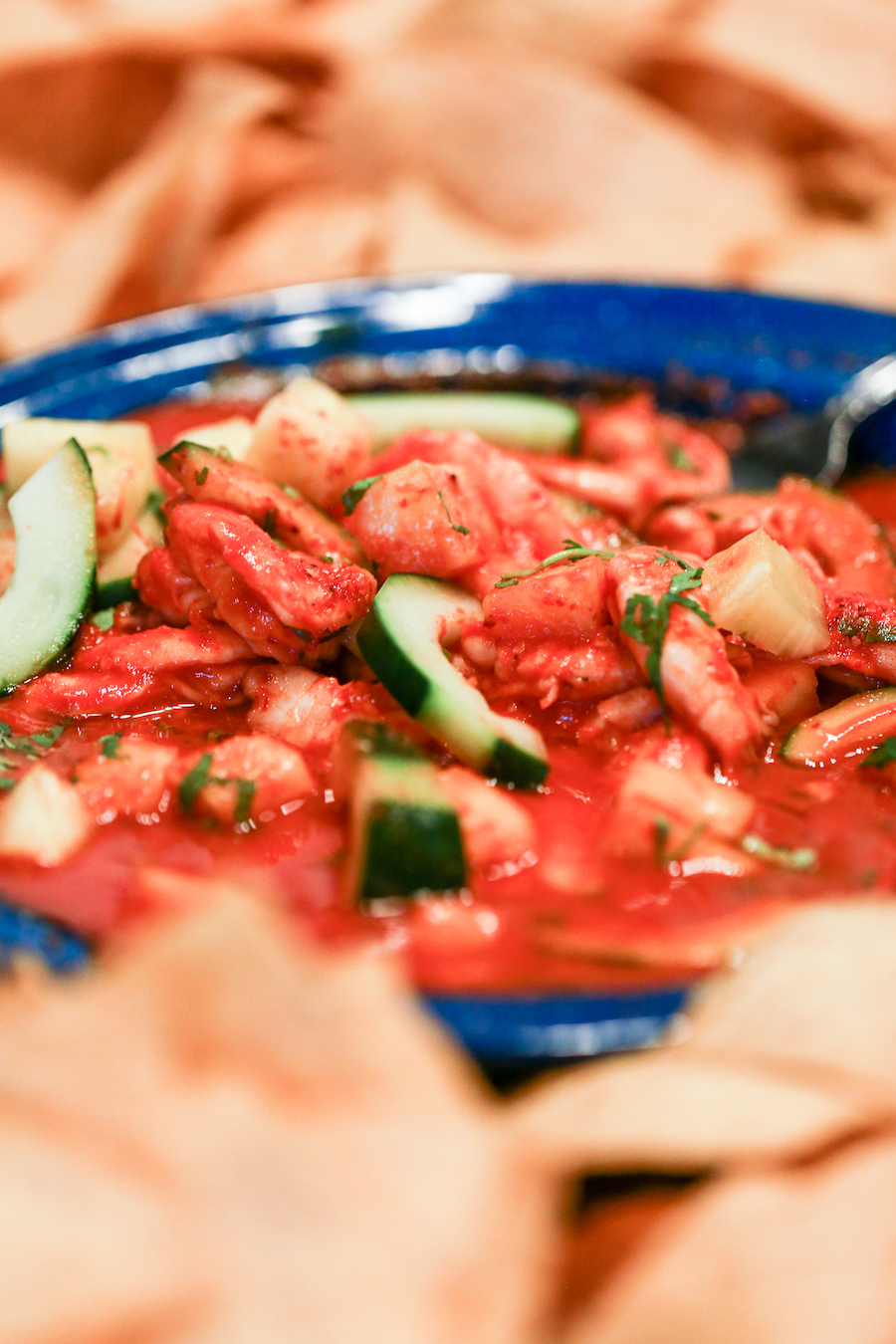 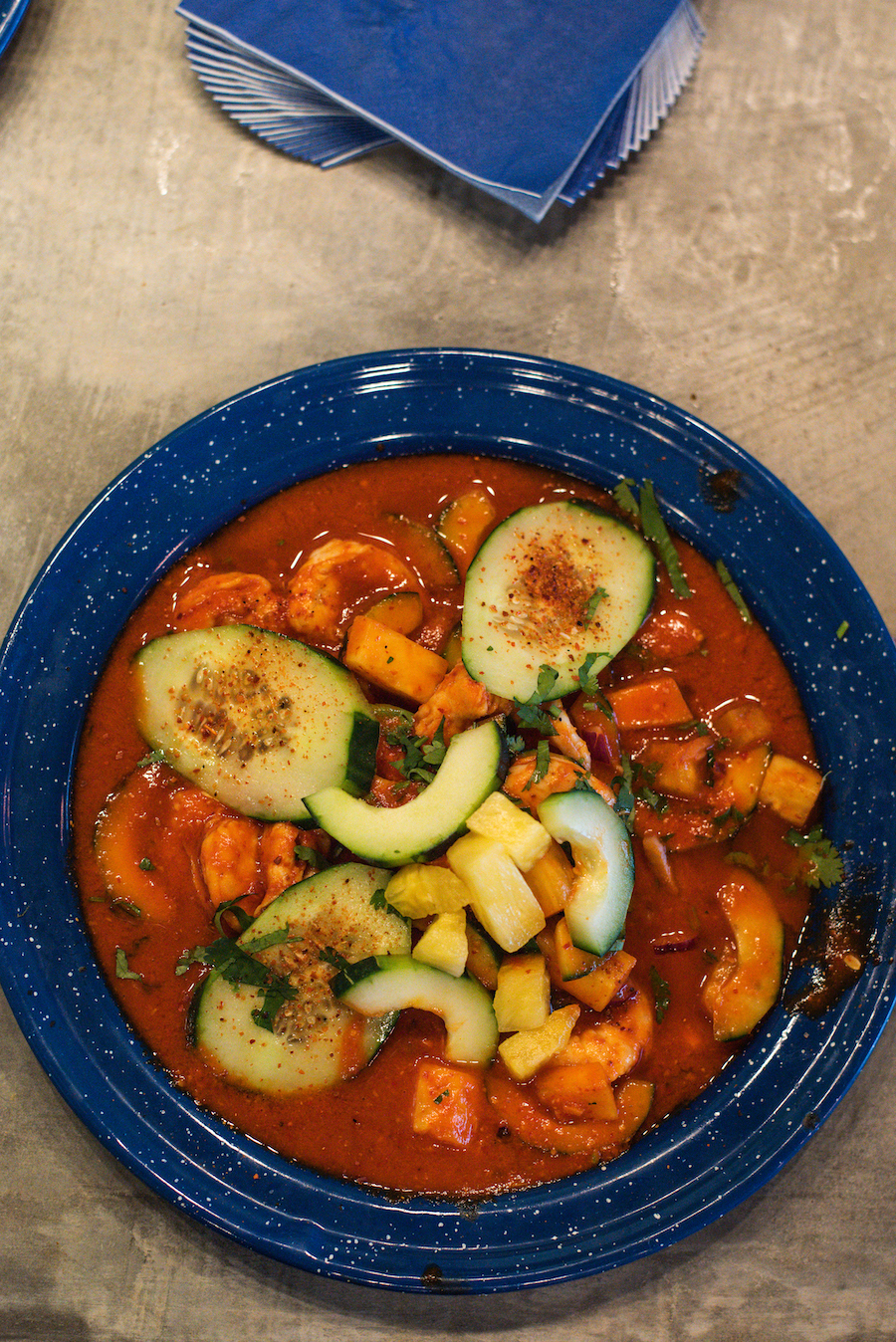 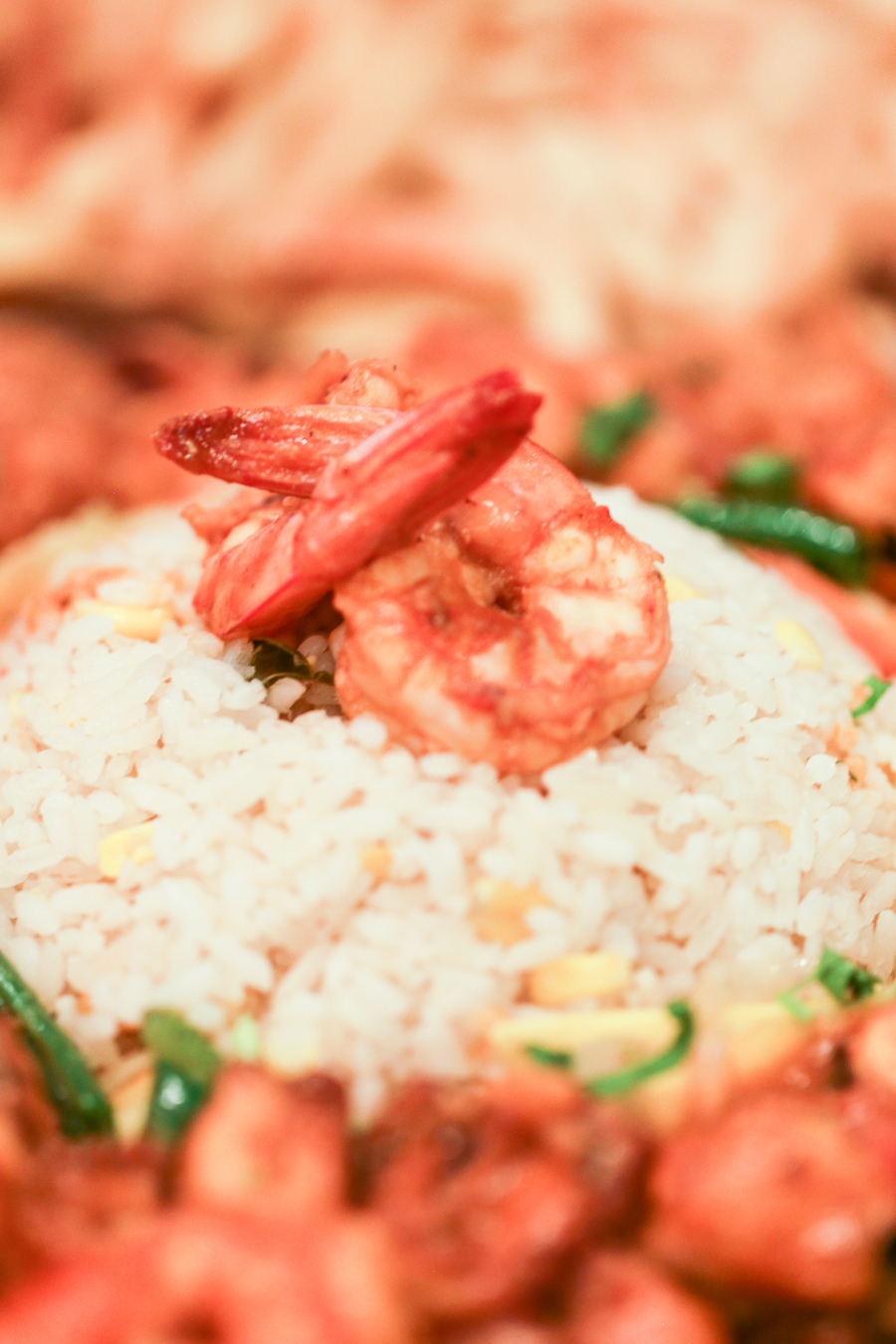 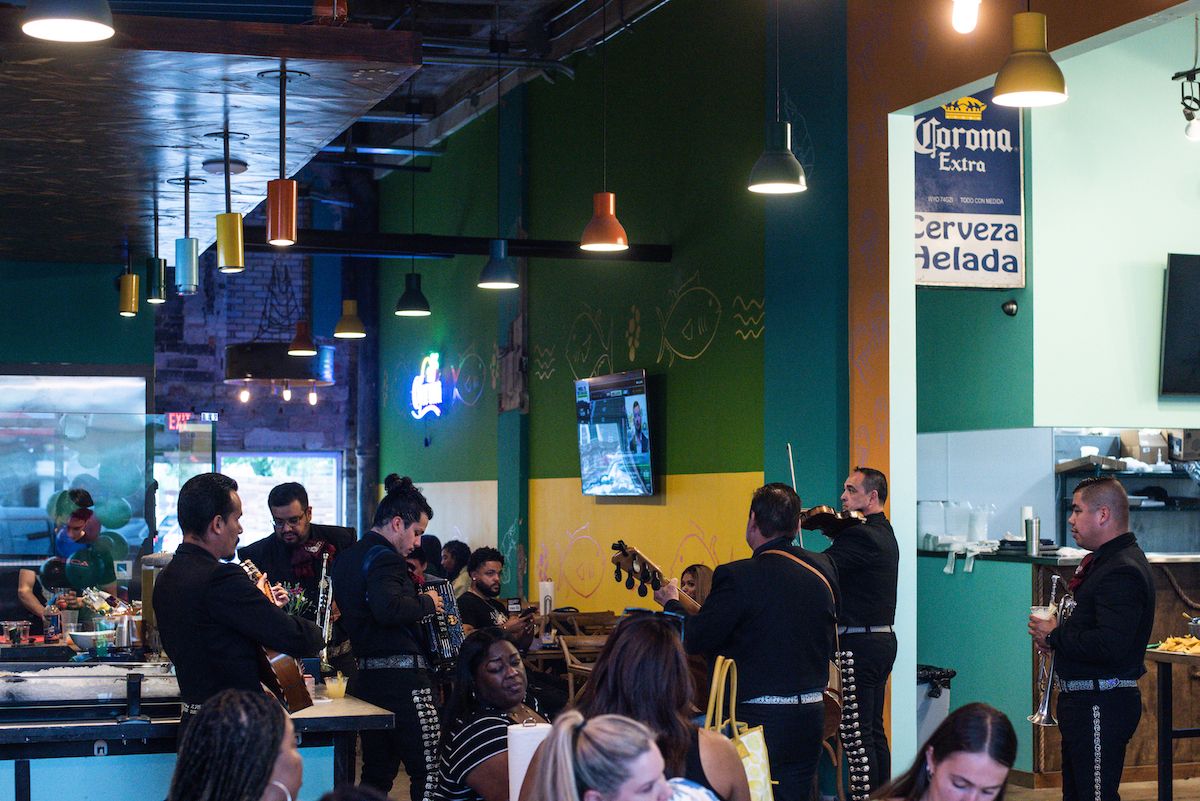 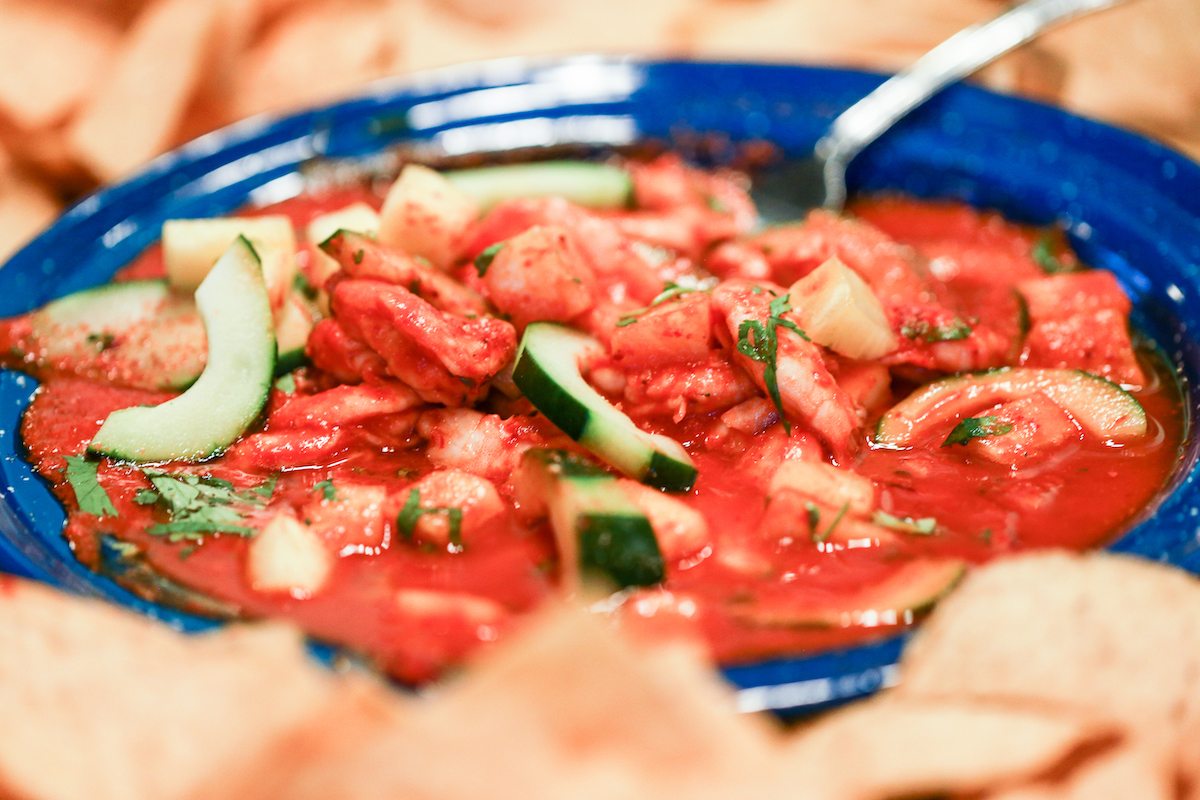 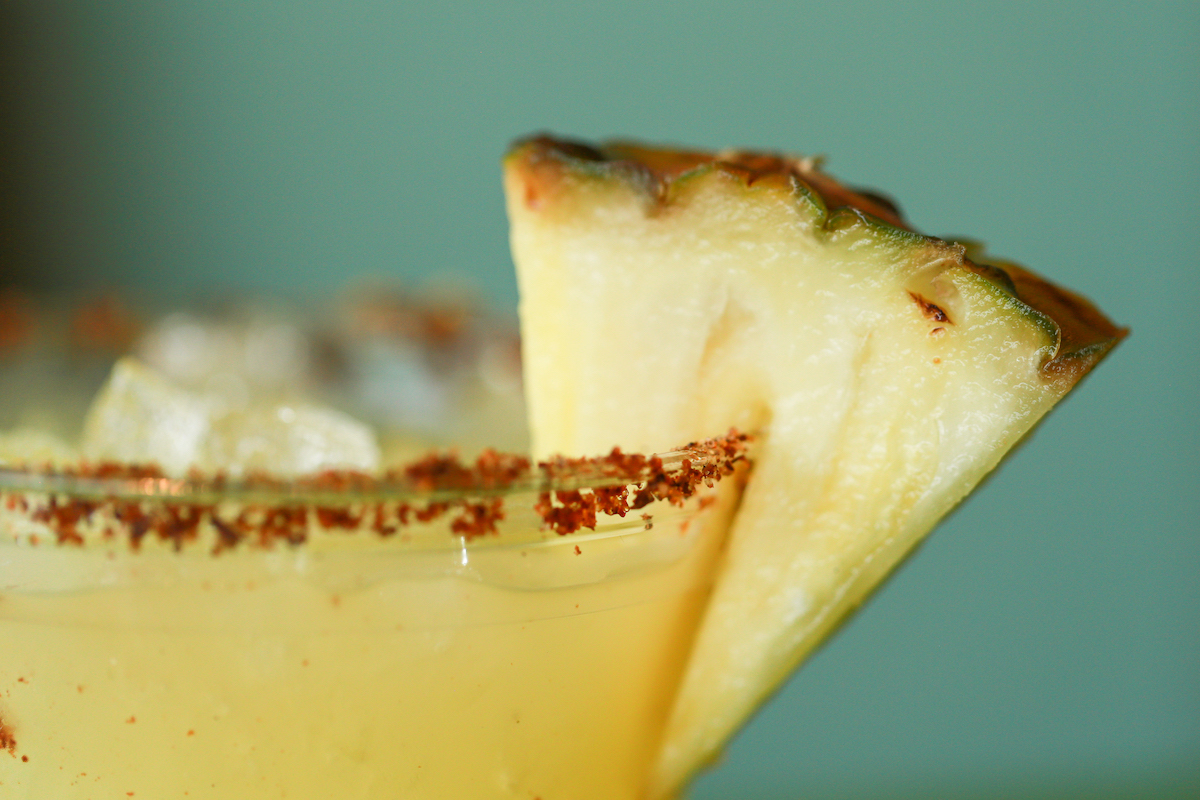 The New Mexican Seafood Restaurant And Market Was Inspired By The Magic City Of Teplzotlan And Has A Toxic Robotic Server.

La Pesca Seafood Market (aka “The Catch”) is the meeting point where seafood and Mexican flavor and flair meet.

Don’t be fooled by the outside appearance of this little gem. It may appear less than exciting as you approach the front, but just wait until you open the door and wander through the pet-friendly patio adorned with playfully colorful chairs and tables. The Mexican flair starts with the colors and murals and continues with the Mexican-inspired hits playing over the sound system. When the music breaks, guests are treated to the sound of a live Mariachi band as the band meanders from guest to guest taking requests or playing the classics. A unique, cultural experience the whole family can enjoy.

La Pesca’s menu offers a nice variety of appetizers ranging from $8-17, stellar entrees and basket options from $13-28 and kid’s meal choices from $7-10. Their menu has an assortment of Pacific Mexican dishes including Red Snapper — moist easy to pull from bone, generously seasoned and cooked with love — and Shrimp Rojo Aquachili, which is similar to ceviche. This dish had two major components working for it, heat and flavor, the combination of the two made for a perfect storm of flavor.

The Marisco Guisdaso, a shrimp dish that burst with spice, takes you back to the beaches of Mexico, which is the experience La Pesca is trying to achieve.

“The [Red Snapper] was very moist, which I think with a lot of fried fish you don’t really get that,” restaurant patron Gisselle Rodrigues says.

The restaurant is also decorated with a mural depicting the life of a fisherman created by local Dallas artist San Pascual. The mural, along with many other fisherman-type accessories, are placed around the restaurant transporting you to that Mexican fish market atmosphere. Across from the mural is a wall of shelves displaying available merchandise for purchase, such as its sauce El Chilerito, colorful caramel candies Borrachines and chamoy-flavored pul paste candy Patachela, which are commonly sold at Mexican shops.

A bit further in you will see the bar to the right in a smaller room that shares space with the kitchen. It has four TV’s playing sports channels or reality shows, three seating tables and plenty of stools to belly up to the bar to enjoy one of their many interesting drink offerings. Guest can grab a flavorful frozen wine, bottled Mexican beer and eight types of the exotic “Michelitros” for those who like to live la vida loca! For the non-alcoholic drinkers out there, they have assorted bottles of Jarritos, and a soda fountain — no worries!

Another unique experience with La Pesca is their robotic server named La Toxica or “toxic woman.” The robot, which has cat ears and whiskers, goes from table to table serving guests and adding delight to the faces of children and adults alike.

La Pesca is a 3,100 square-foot ship that will take you on a cruise to Mexico with the bursting flavor of their dishes, taking influences from cities such as Sinaloa, Michoacan, and Veracruz.

We think you should get on board.