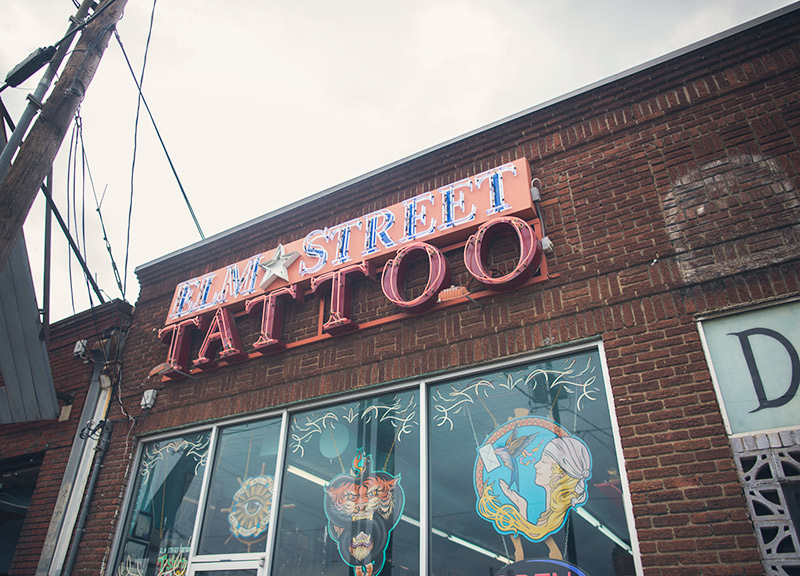 While Deep Ellum was once known for its rich blues history, it remains a hotbed of culture to this day. The neighborhood is still full of bars and music venues, record shops, renowned restaurants, festivals and pizza parlors.

Surely, though, you've also noticed the high concentration of tattoo parlors, too.

Ever since Tigger's — one of the city's first tattoo shops — opened up in the neighborhood 26 years ago, Deep Ellum's remained a popular spot for getting some fresh ink. It's the neighborhood where celebrity tattooer Oliver Peck's shop is based, and the place where the now-famous 24-hour Friday the 13 tattoo marathons were born. And now, with the opening of Artistic Encounter, Deep Ellum's newest tattoo parlor, the neighborhood boasts five distinct parlors all its own.

With that in mind, let's take a look at the whole lot, so as to distinguish what sets each of these shops apart from the rest and to help you determine where you might want to go to get your next bit of work done.

Elm Street Tattoo.
Address: 2811 Elm Street.
Year opened: 1997.
Owner(s): Oliver Peck and Dean Williams.
Style(s) known for: American traditional.
Don't ask for: Watercolor tattoos.
Pros: Elm Street boasts a great location, loyal clientele and the occasional celebrity tattooer dropping by for a guest spot.
Cons: Thanks to Peck's notoriety, the small shop tends to be pretty crowded, and the shop's artists can charge a little more for their work than they might be able to elsewhere.
Our take: For 18 years now, the world-famous tattoo artist and Ink Master judge Oliver Peck and with his co-owner Dean Williams have employed some of the most skilled American traditional artists in the area. Just don't ask them to do any other styles. They really dislike that.

Taboo Tattoo.
Address: 2650 Main Street.
Year opened: 1994.
Owner(s): Sharon Flatte.
Style(s) known for: American traditional.
Don't ask for: Birds, feathers, things that flock together.
Craziest tattoo request: A Batman symbol — right under the belt area.
Pros: The second-longest-running shop in the neighborhood, Taboo's current shop on Main Street has a really elegant and classy feel to it thanks to a recent remodel.
Cons: Unassuming from the outside, this shop is easy to miss if you don't know where you're going.
Our take: Taboo is a welcoming spot, and its quality artists are willing to give just about anyone that walks through its doors a memorable addition to their bodies.

Tigger's Body Art.
Address: 2602 Main Street.
Year opened: 1988.
Owner(s): Sharon Flatte.
Style(s) known for: American traditional, Japanese-American traditional.
Don't ask for: Dandelions.
Craziest tattoo request: A man once asked to get “Jesus Saves” tattooed under his eyes — for his first tattoo ever.
Pros: Founded by the late Dallas tattoo pioneer Tigger Liddell, this shop wasn't just the first in Deep Ellum, it was one of the first in Dallas period. It has also recently been remodeled.
Cons: Cash is preferred here, as is up-front payment.
Our take: While Tigger's may specialize in traditional styles, its artists can handle most any style. They're especially welcoming of walk-ins here, which is extra cool considering several of the shop's artists have over 20 years experience in the industry.

Artistic Encounter.
Address: 3417 Main Street.
Year opened: 2015.
Owner: Billy Jack.
Style(s) known for: Full custom shop.
Don't ask for: Infinity signs.
Pros: The biggest shop in Deep Ellum by square footage, Artistic Encounter also boasts an art gallery to call its own.
Cons: Don't expect to be able to walk over for some quick flash after a night of drinking at nearby Double Wide or Cold Beer Company. They don't do flash here.
Our take: While the artists at Deep Ellum's newest shop are certainly a chill bunch, they might try to talk you out of things like palm or face tattoos. At this art-forward shop, they really want their clients to think about any future ramifications before getting anything so drastic.

Lucky's Tattoo.
Address: 2811 Main Street.
Year opened: 2005. (It was called Paradise for its first two years.)
Owner(s): Giz G.
Style(s) known for: Custom work.
Don't ask for: Whatever trendy tattoo is most popular at the moment.
Craziest tattoo request: The guy that wanted a tattoo of “an asshole with sperm coming out of it.”
Pros: Lucky's has that real, old school tattoo parlor look.
Cons: Aside from the just-opened Artistic Encounter, Lucky's is probably the least acclaimed of Deep Elum's five shops.
Our take: If you want to feel like a badass and the idea of a family-friendly shop scares you far more than any tattoo needle could, this is the spot for you. 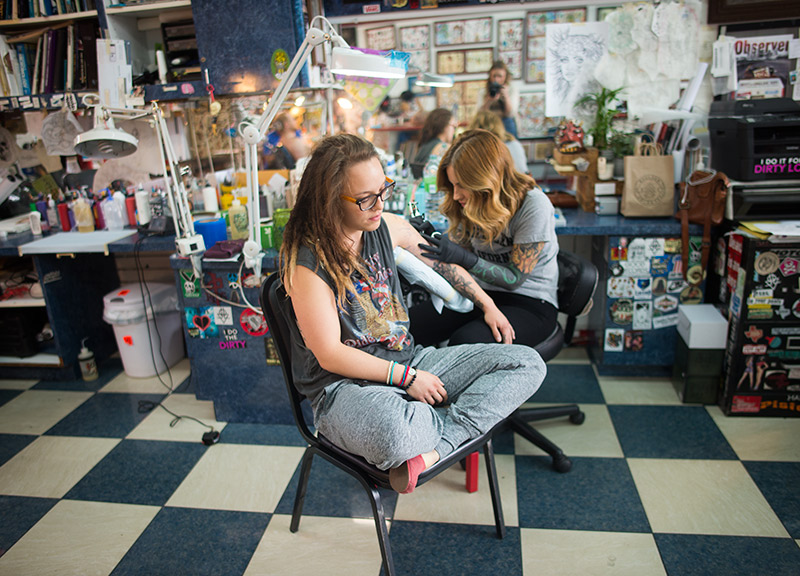 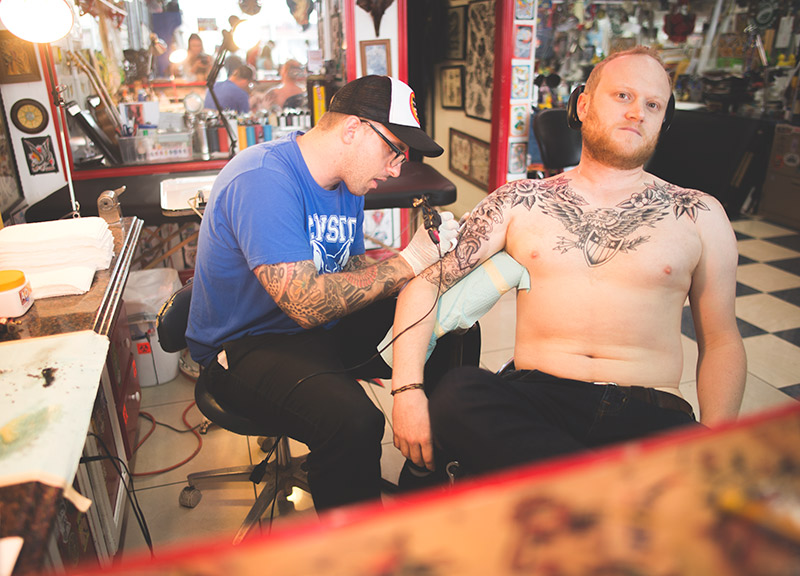 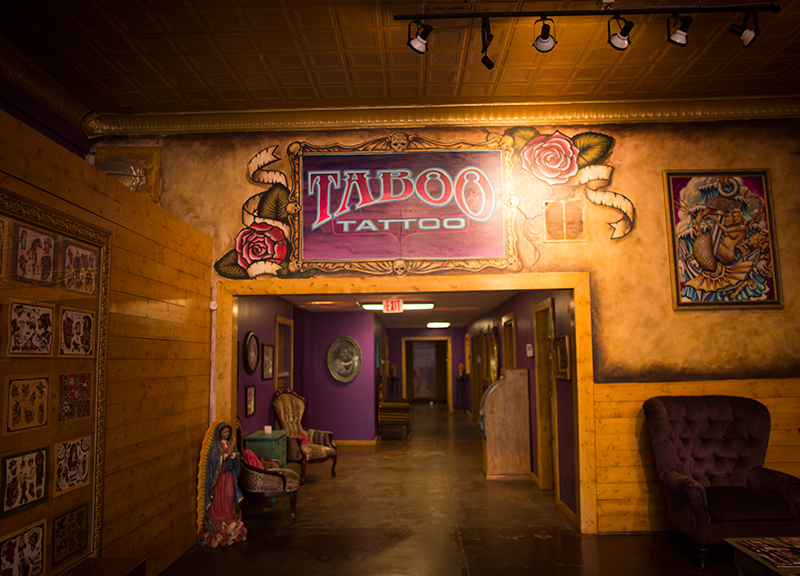 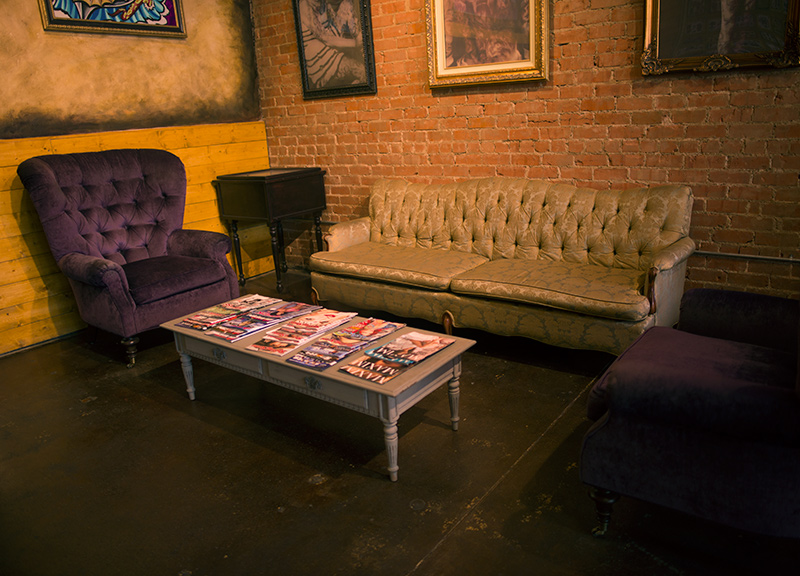 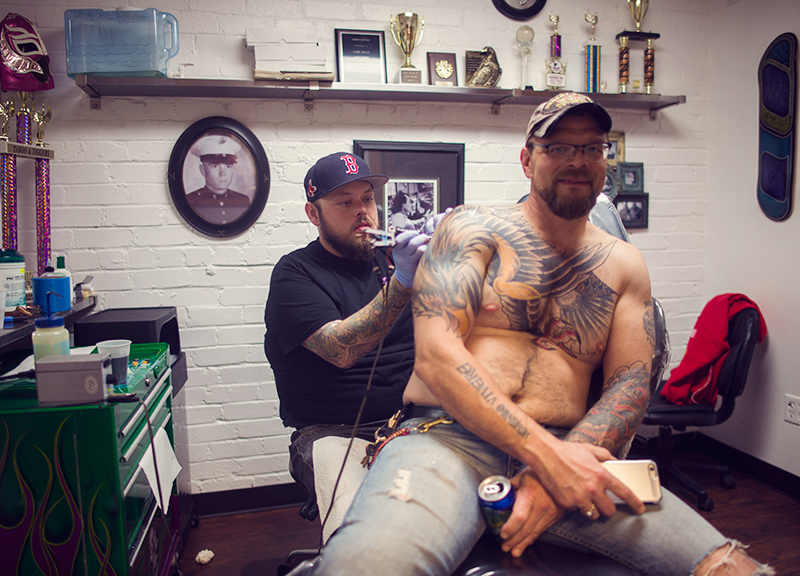 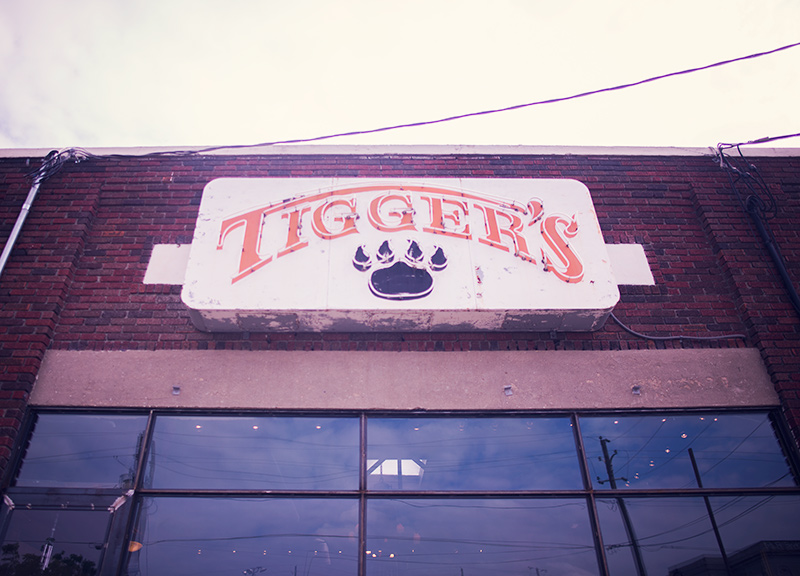 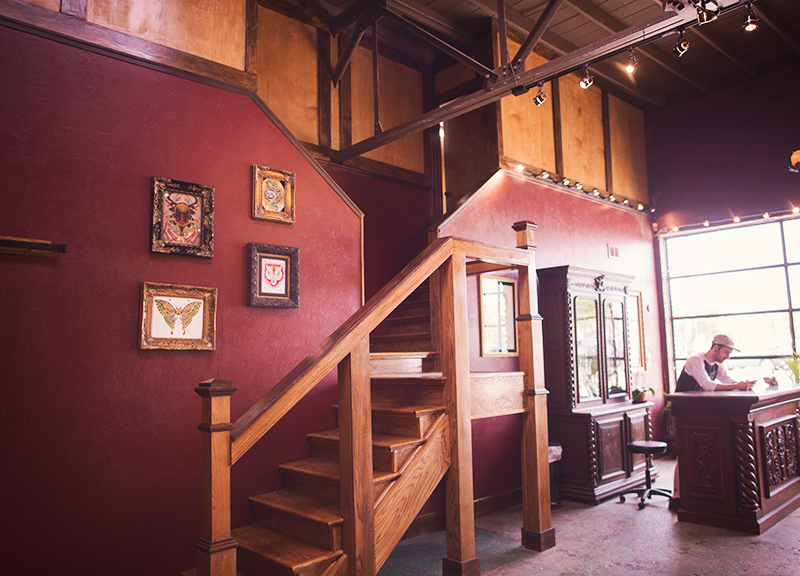 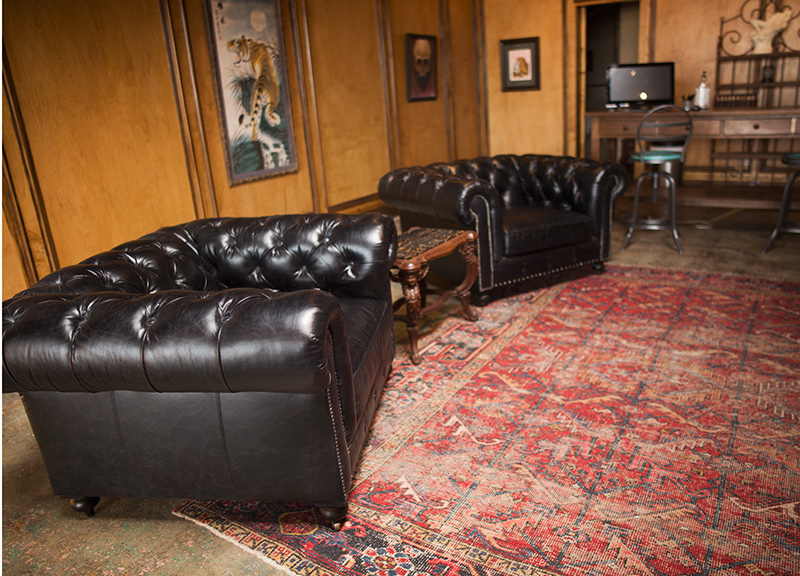 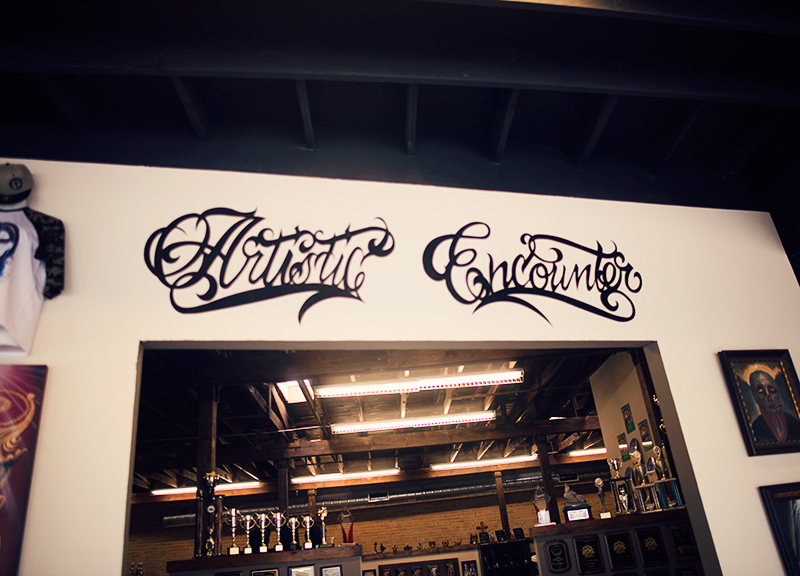 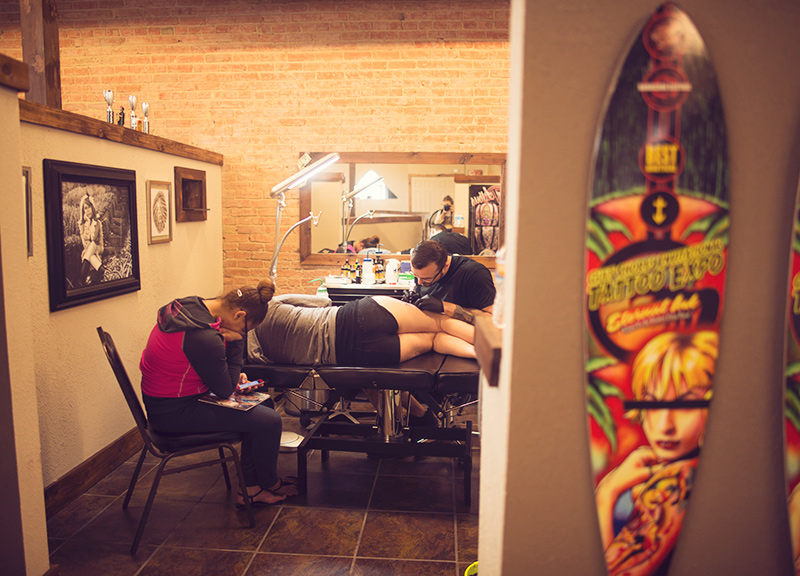 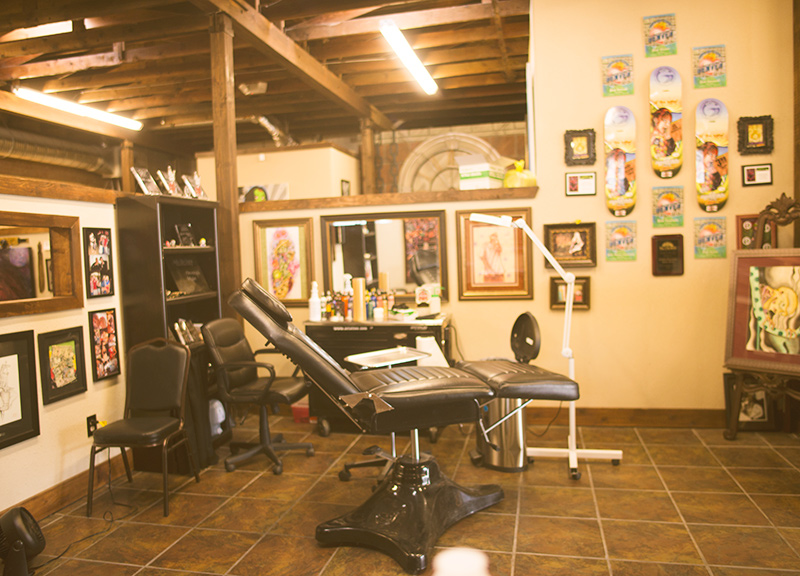 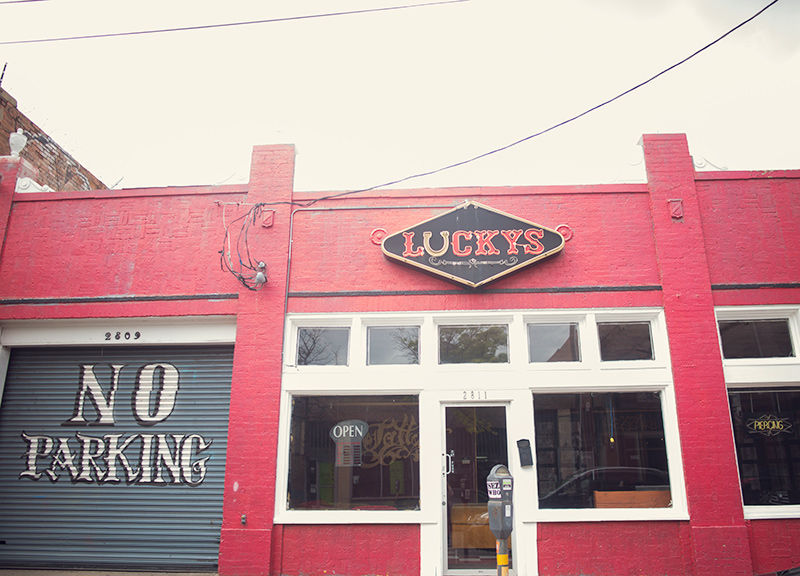 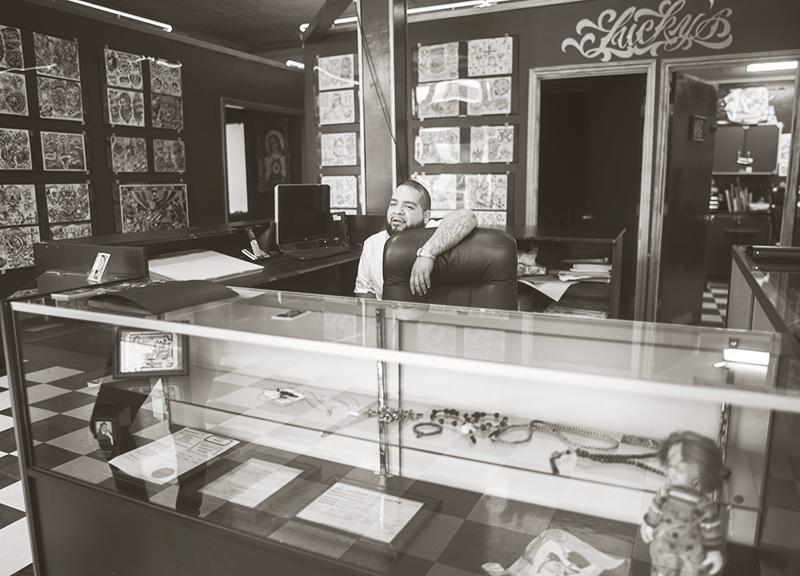 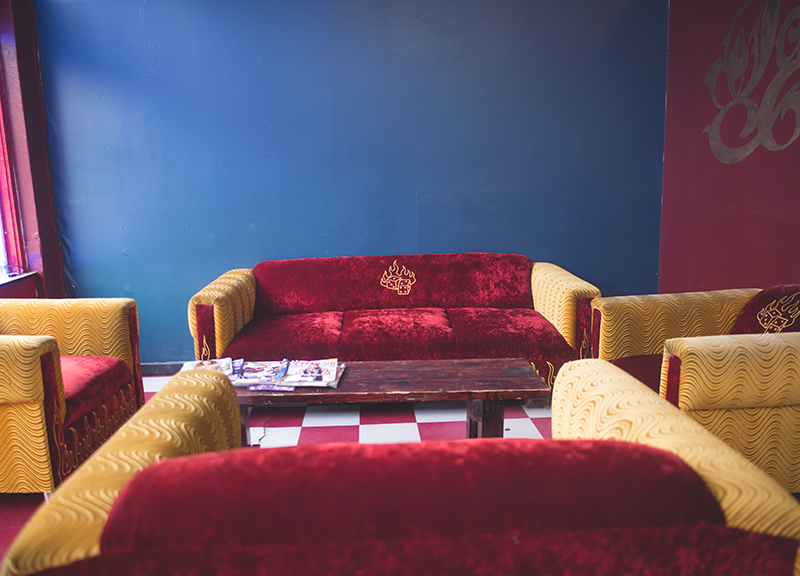